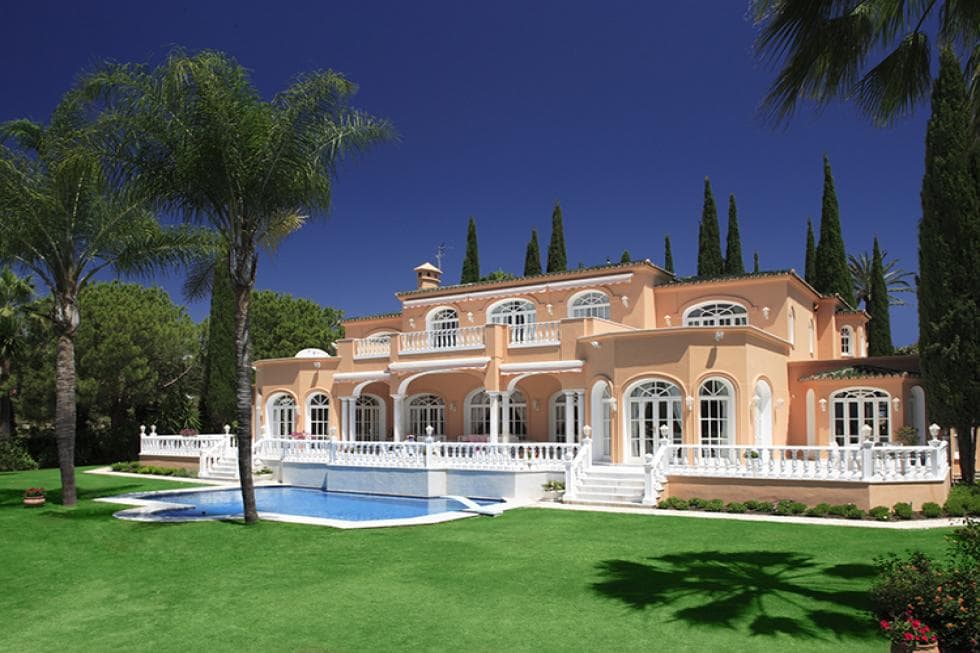 Prince’s beautiful El Paraiso villa is now on the market for $5.2 million, dropping from its previous price of $5.99 million. The villa, which was the home of Prince in the late 1990s and said to be the inspiration for many of his songs, is 7,535 square feet, with an additional 2,583 square feet of outdoor terraces and recreation areas. The home boasts three primary suites, with one spanning two levels, a pool, and a tennis court. 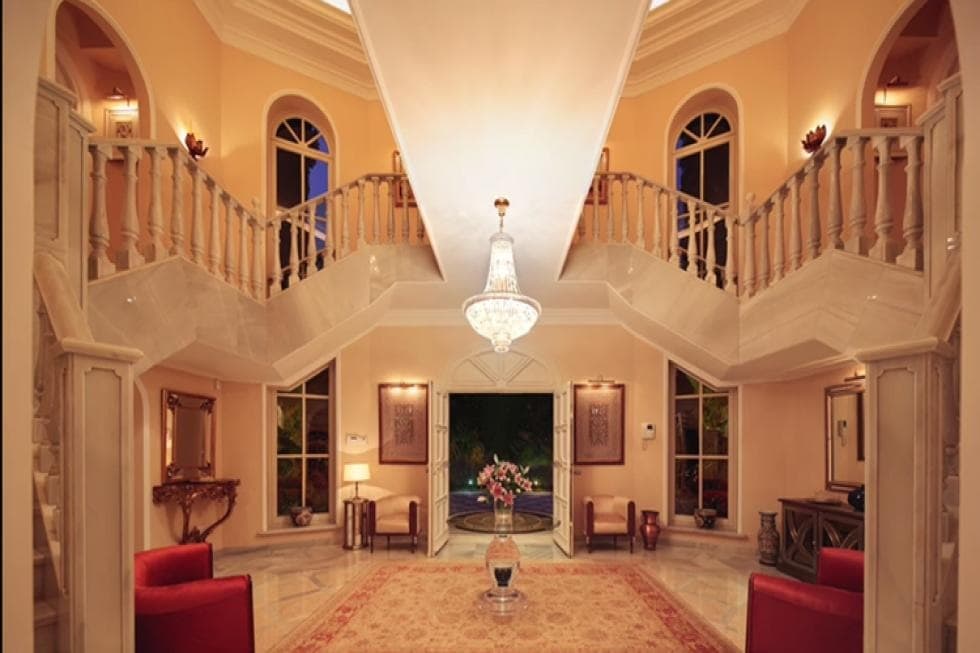 Upon entry of the house, you are welcomed by this grand foyer with a set of dual stairs, a round glass-top table in the middle of a patterned area rug and pairs of armchairs for waiting guests. Image courtesy of Toptenrealestatedeals.com.

This is the formal living room with a set of red sofas to match the red curtains and a beige sofa to match the beige ceiling, walls and floor. These are surrounding a glass-top coffee table. Image courtesy of Toptenrealestatedeals.com. 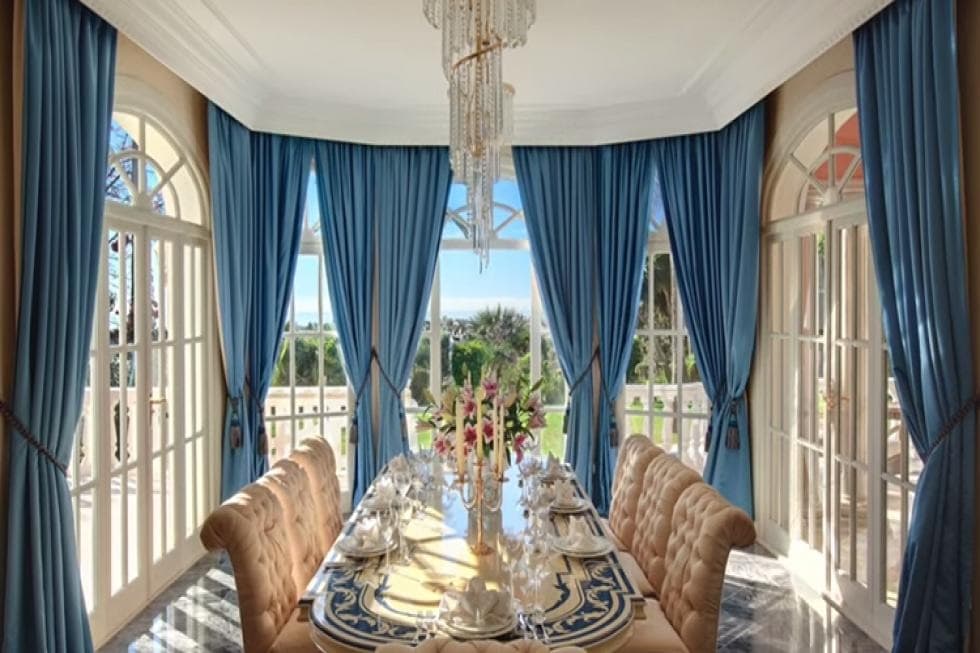 This is the formal dining room with a long dining table surrounded by tall windows with blue curtains that stand out against the natural lights and the bright ceiling. Image courtesy of Toptenrealestatedeals.com. 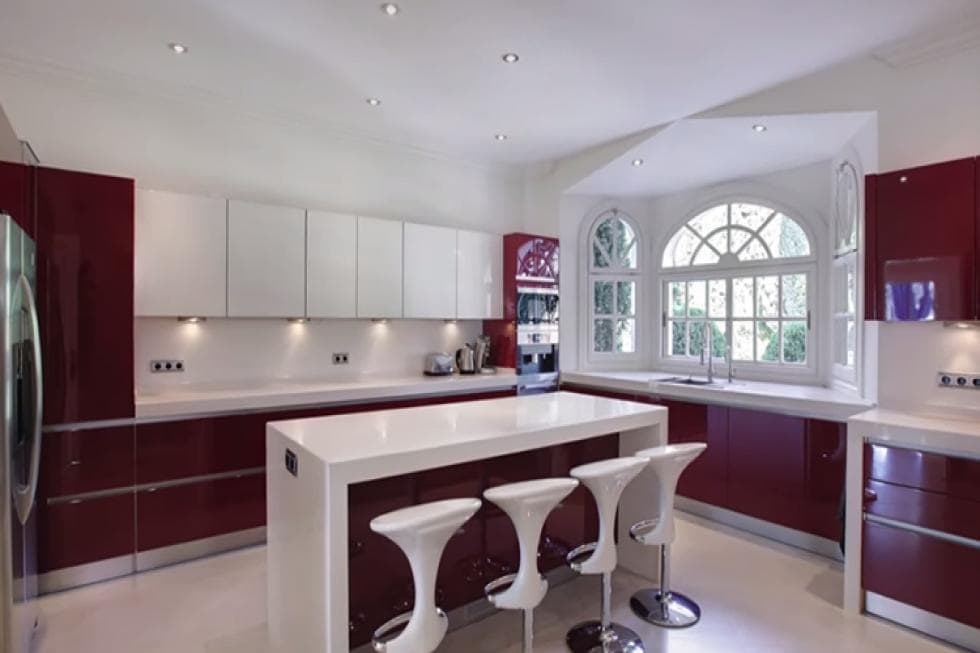 This is the bright and white kitchen with white countertops, walls and ceiling contrasted by the dark brown cabinetry. Image courtesy of Toptenrealestatedeals.com. 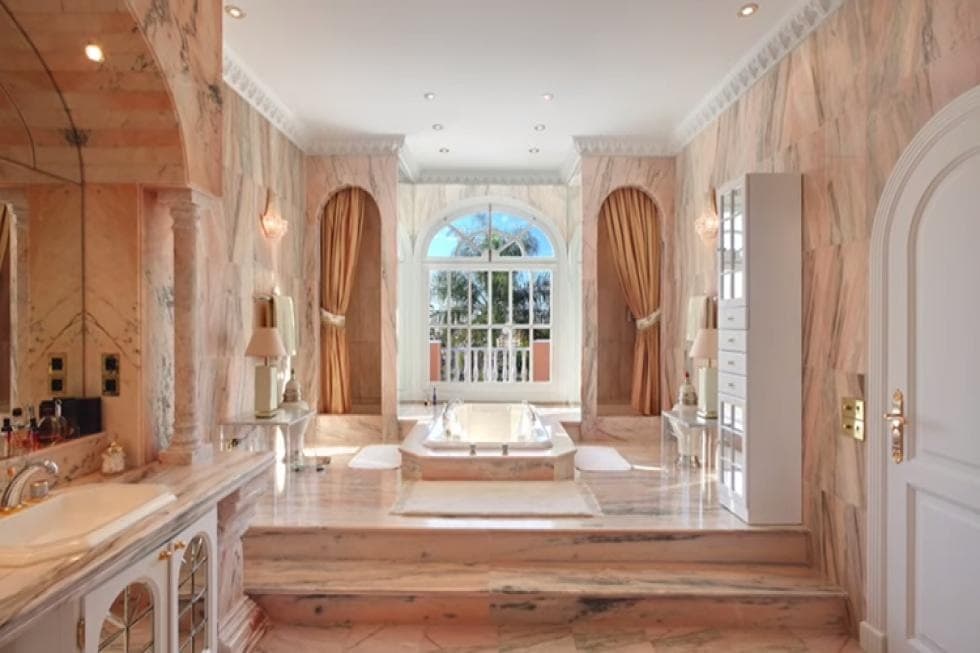 This is the spacious and airy primary bathroom with beige marble on its floors and walls to match the beige bathtub embedded into the ground on the far side surrounded by tall arched windows. Image courtesy of Toptenrealestatedeals.com.

Prince was one of the highest-paid artists of all time, selling over 100 million records. He was inducted into the Rock and Roll Hall of Fame and won several awards — including an Academy Award, a Golden Globe Award, and seven Grammy Awards. He spent his early life in Minneapolis, Minnesota, where he wrote his first song at age seven. By 1973, he had mastered a wide range of instruments and earned impressive musical talent.

Over the next ten years, he would move through several musical groups and producers. Over the course of 1979, he would go from performing an early show in January where his producers thought he needed more time, to releasing an album that would chart on two separate Billboard charts and go platinum.

Two of the hit songs would sell over a million copies before the start of 1980. He would continue to top charts for the next three decades and headlined the Super Bowl halftime show in 2007. He died on April 21, 2016, of an accidental overdose, the full cause of which is still unknown.

The villa sits on 1.45 acres of subtropical land, most of which is well-landscaped and all of which is walled. The outdoor spaces include multiple areas for outdoor living, a pool, a tennis court, a three-car garage, and additional parking for up to six. At night, the wonderful outdoor landscape is lit softly, lending a classic ambiance for entertaining.

The home boasts six total bedroom suites, two of which are primary suites, with an additional grand primary suite spanning two levels. Every corner of the home is saturated in elegance, with a beautiful flow between rooms, beginning with the grand foyer ringed by two open staircases.

The bright kitchen echoes a sleek, modern feel, while the formal dining room overflows with elegance, surrounded on three sides by floor-to-ceiling windows and draped in thick blue curtains. The formal living room has a similar ambiance. The bathroom of the primary suite is spacious and airy, with tall arched windows and beige marble floors — including also an embedded bathtub.

The villa, located in El Paraiso, Spain, has been recently updated and includes a new, fully-equipped kitchen. The home was decorated in classic Prince style while he lived there, featuring, unsurprisingly, lots of purples. Subsequent owners changed the style, and it has since been toned down to a more universal elegance. The 7,535 square-foot home is now listed for $5.2 million.