Gwen Verdon is a broadway legend best known for her portrayals of iconic roles like Lola and Roxie Hart which earned her four Tony Awards. Her historic oceanfront home in Quogue where she lived until her death in 2000 is now on the market priced at $8.95 million.

The updated and renovated 21st-century modern beach house is measured at 4,000 square feet with five bedrooms, three bathrooms, and a guest bungalow. The house also boasts of a catwalk path to 150 feet of Atlantic oceanfront, a mahogany wraparound porch, and a heated pool all sited among the dunes on 1.1 acres of land.

The preserved elements include the original “U.S. Life Saving Station” sign, the boat room which was used during the Great Depression, the original flooring and other woodwork and memorabilia including surfboat designs and antique uniform buttons.

The home was added to the National Register of Historic Places in 1999 and is listed by Enzo Morabito of Douglas Elliman in Sag Harbor.

Southampton, on the South Shore of Long Island, is well known for its art scene, ritzy homes, and wide beaches. Maybe not as well known is Southampton’s quieter village, Quogue, with a fascinating history from its old whaling days when shipwrecks and fishing accidents were common. In the late 1800s, life-saving stations sprang up all along the Northeast Coast that kept surf boats to rescue seamen who ran into trouble.

One of the most important was Quogue’s U.S. Life Saving Station, which many years later was repurposed into an oceanfront home-keeping many of its original elements in place. Having recently come on the market, it is listed at $8.95 million.

In addition to its history, the home’s other claim to fame was the longtime residence of Broadway-star-and-dance-legend Gwen Verdon, whose life story was recently made into the miniseries Fosse/Verdon. Verdon memorably portrayed Lola in both the Broadway and movie versions of Damn Yankees, the original Roxie Hart in Chicago, and the title role in Sweet Charity.

Verdon was a four-time Tony Award winner who also collaborated with husband Bob Fosse in productions of Dancin’ in 1978 and All That Jazz in 1979. Quogue was her final home where she lived until her death in 2000.

Twenty years later with its crisp 21st-century-modern-beachy vibe, its catwalk path to 150 feet of Atlantic oceanfront, and a mahogany wraparound porch, the rescue station has become a beach house for all seasons with a heated pool much appreciated in the spring and fall. Winter strolls along the beach watching the waves build give much meaning to the dangers the life-saving crews faced when they were the home’s original occupants.

Sited among the dunes on 1.1 acres and almost 4,000 square feet, the home has five bedrooms, three baths, and a guest bungalow. Updated and renovated with respect for its past, details that have been saved and incorporated include the original “U.S. Life Saving Station” sign, the boat room which was used during the Great Depression to hold community dances, the original flooring, and other woodwork and memorabilia including surfboat designs and antique uniform buttons.

In addition to the life-saving station, the home also had Quoque’s first telephone line and was used in the pursuit of rum runners during Prohibition. The home was added to the National Register of Historic Places in 1999. Priced at $8.95 million, the listing is held by Enzo Morabito of Douglas Elliman, Sag Harbor. 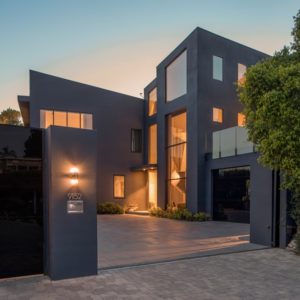 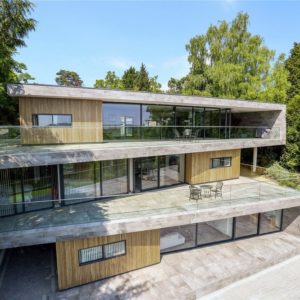