Huge photo gallery of Britney Spears' home as well as previous house she just sold. Both are amazing. Which one do you like the most? 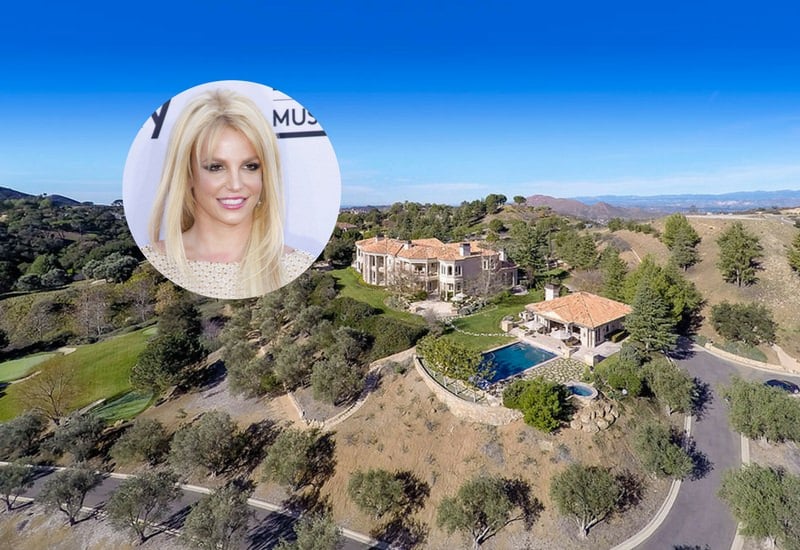 Britney has purchased yet another magnificent mansion in SoCal.

Of course, her massive and growing net worth makes it pretty easy to drop down several million on any home she wants. In fact, she bought this sprawling estate while owning another home (which she recently sold). We feature here former mansion below.

What I find really interesting about this new $7.4 million home of hers is that it costs the same amount as what she sold her former home. Yet this home is nearly twice the size in square footage and the property is way bigger. This property is 20 acres; here other property was 1.5 acres. Both are in Thousand Oaks, CA. Perhaps one difference is that this home appears to be further out and so the land is less expensive.

While this estate is bigger in every way (square footage and property size), I wouldn’t say it’s a lot nicer. It’s a more formal, elegant design than her other casual, open concept home (which I really like). They’re different, that’s for sure.

What I love about this estate

The office:  The office is a traditional design with plenty of wood paneling. It’s large. It’s a dream office.

The grounds:  I like large properties and the 20 acres is more than enough. There are views from almost every part of the property.

The front facade:  While it’s definitely old-school and traditional, it’s a timeless design with columns and fountain. It’s definitely quite the entrance fit for a queen of pop.

Large, open interior spaces:  Check out the large, open spaces in the home. It’s a massive home with tall ceilings, landings and definitely a nice place to be.

If I had to describe this home in one word, “grand” comes to mind. It’s grand outside and inside.

On a final note, interestingly the rear facade isn’t what you’d expect considering the traditional front facade. The rear is more contemporary, circa 1990’s while the front looks like a Gold Coast mansion.

That was fun, but wait, there’s more. 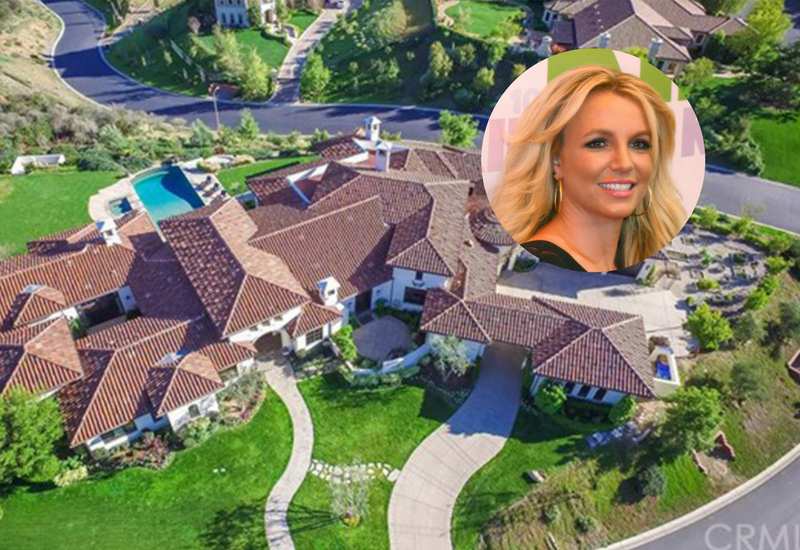 There’s a lot to like about Britney Spears’ former home in Thousand Oacks, California  (she just sold it for $7 million in February 2017).

I think it’s safe to say she didn’t sell this house because she needs the money given she’s earning an insane $475,000 PER SHOW ($1,000 per show less than Celine Dion) in Las Vegas where she’s performing her very popular “Britney: Piece of Me” residency at Planet Hollywood. Bankrate.com now estimates her net worth at $200 million. Despite challenges in the past, at least she hasn’t blown all her money. In fact, it appears she’s fairly savvy when it comes to monetizing her brand and her ability to perform. Not only does she earn a lot of money from performing, but like other A-list celebs, she banks millions attaching her name to merchandise.

While she spends quite a bit of time in Las Vegas performing, she still maintains a home in Southern California. This home is the one she recently sold, but she bought a much bigger home in 2015.

Britney purchased this home for $6.744 million in 2012, she sold it recently for $7 million. She didn’t make any money from the sale, but I don’t think that bothers her too much. The home sits on 1.5 acres and is 8,456 square feet which is big, but nothing like her new 13,200 square foot palace in Thousand Oaks (same neck of the woods).

While I agree the exterior design is one that you either like or don’t like (I like it in hot climates where it makes sense), I think you’ll agree the interior is really nice.

The only space I’m not wild about is the foyer. It’s too big and empty. I think that space could have been put to better use.

Enough of my opinion. Check out this estate below.

Overall, what do you think? Too big? Too much of a Southern California cliche house (white with red Spanish tile roof)? Too ornate?

Interestingly, I’ve seen photos of her new house and I think I prefer this one more.