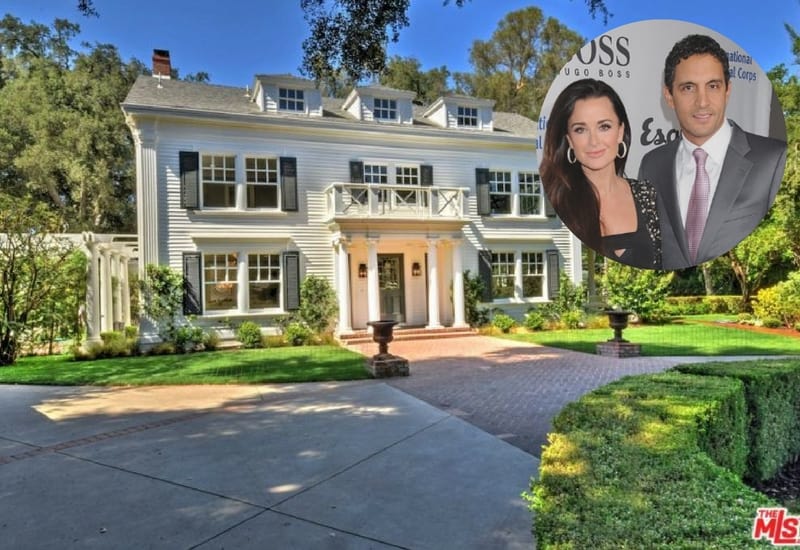 Richards then married Mauricio Umansky in 1994. Umansky is a Los Angeles real estate broker of Russian and Greek Jewish descent. They have three daughters together named Alexia, Sophia and Portia. The couple are known for their philanthropy as featured on the reality show “The Real Housewives of Beverly Hills” and also on the “First Families” list of the Children’s Hospital Los Angeles.

Celebrity couple Kyle Richards and Mauricio Umansky dropped $8.25 million for this Encino house located in the sunny San Fernando Valley suburb. The Colonial-style mansion is known as the Smokey Robinson Estate, named after the legendary Motown singer who owned it from 1988 to 2002. The 10,600-square-foot home has seven bedrooms and eight bathrooms.

Primary Bedroom: The primary suite located at the second level of the house has a fireplace, a walk-in closet, glass-walled primary bathroom and an 800-square-foot outdoor deck with a view of the swimming pool, spa and guest house.

Outdoor Amenities: Tucked behind private gates, the house offers outdoor entertainment such as a swimming pool, an inset spa, picnic gazebo, a “meditation garden,” a small putting green and a 1600-square-foot open-air guesthouse.

The grand driveway:  I love the view of the home and property through the driveway entrance which you can see in the first photo below.

Check out the full photo gallery below of Kyle Richards and Mauricio Umansky’s home. 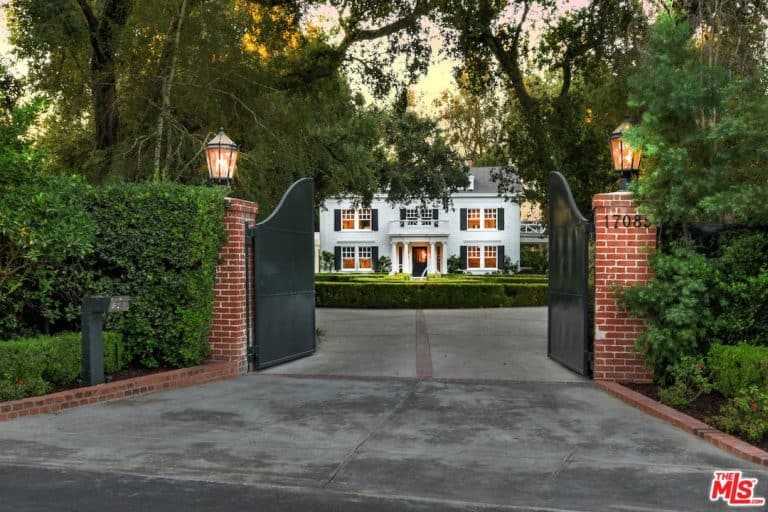 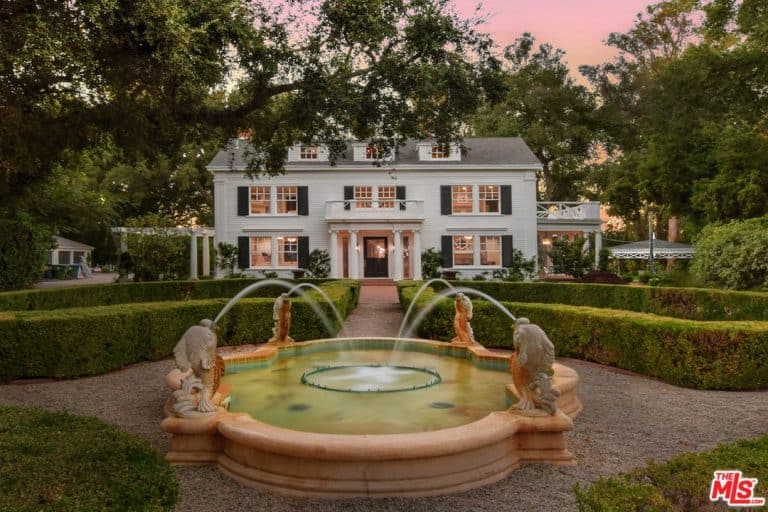 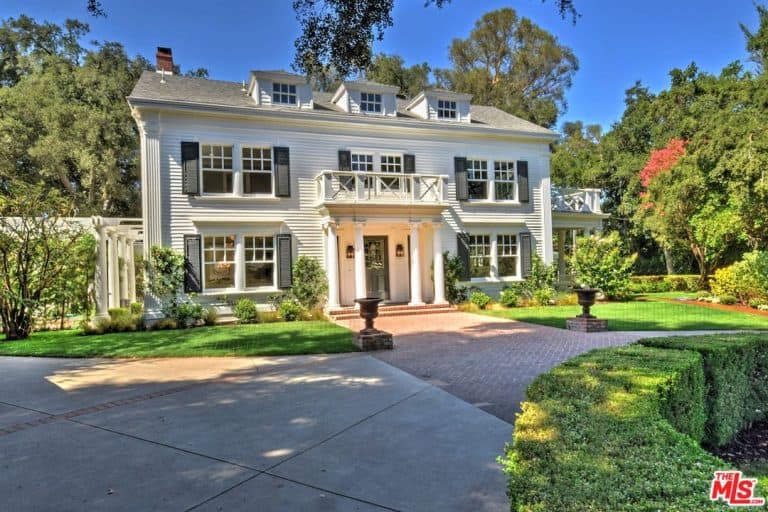 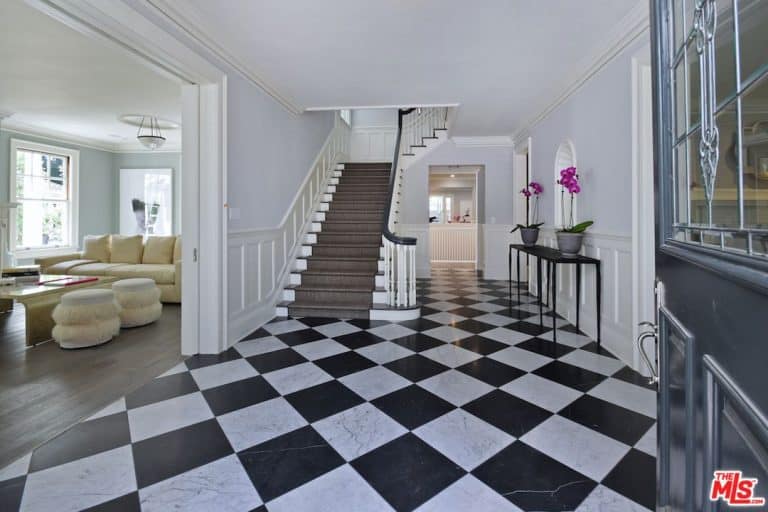 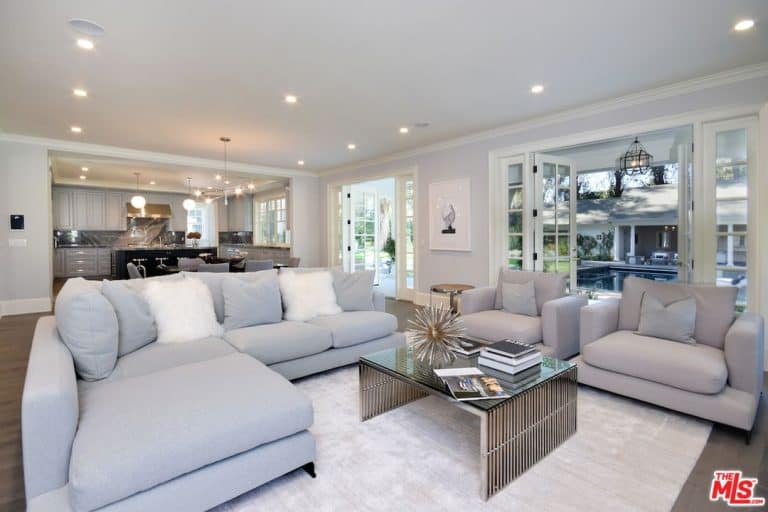 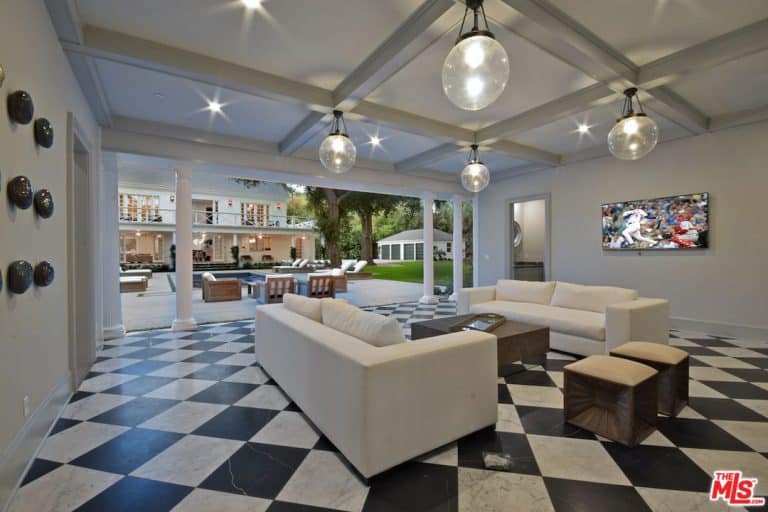 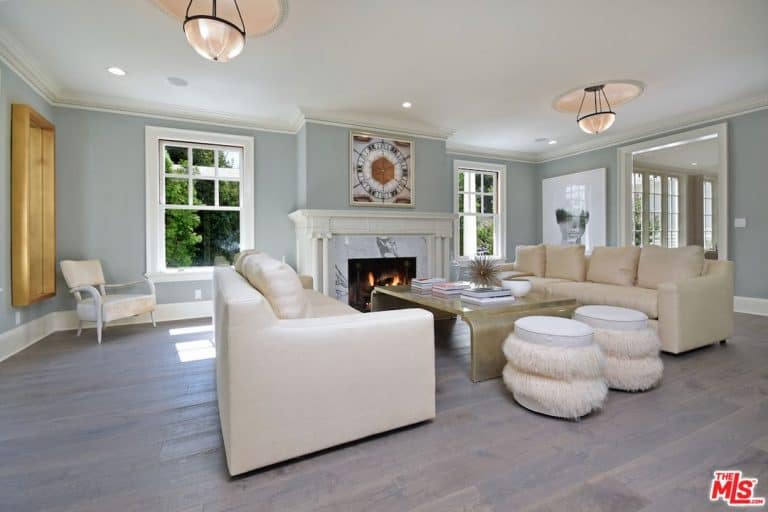 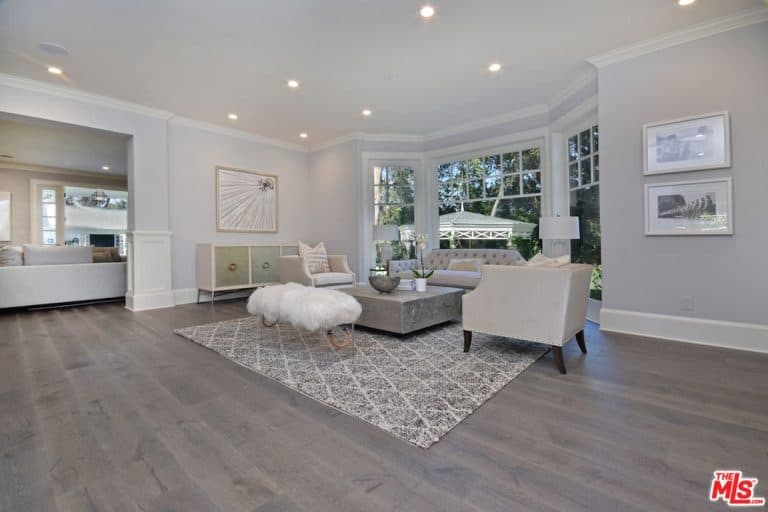 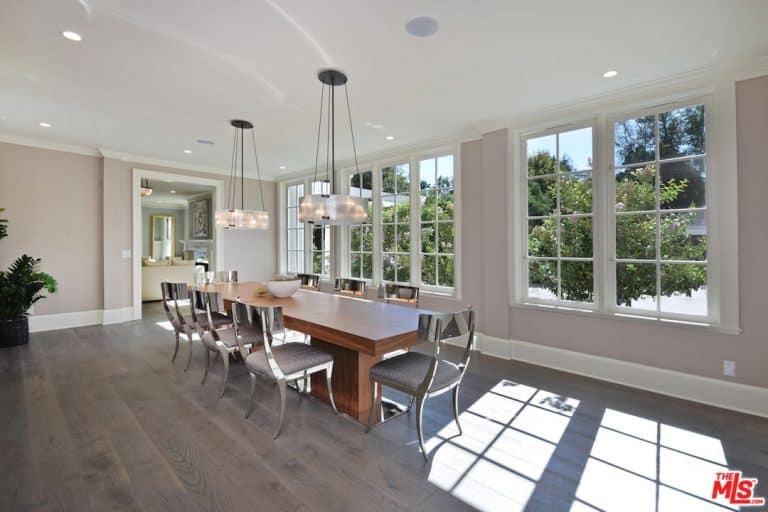 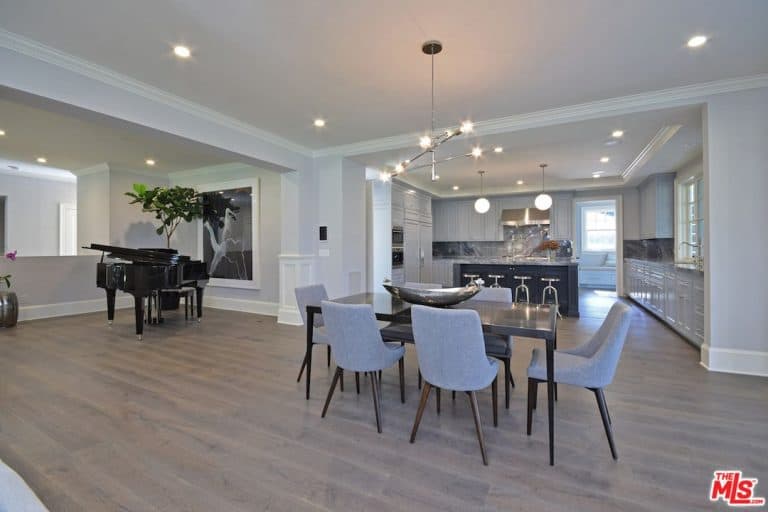 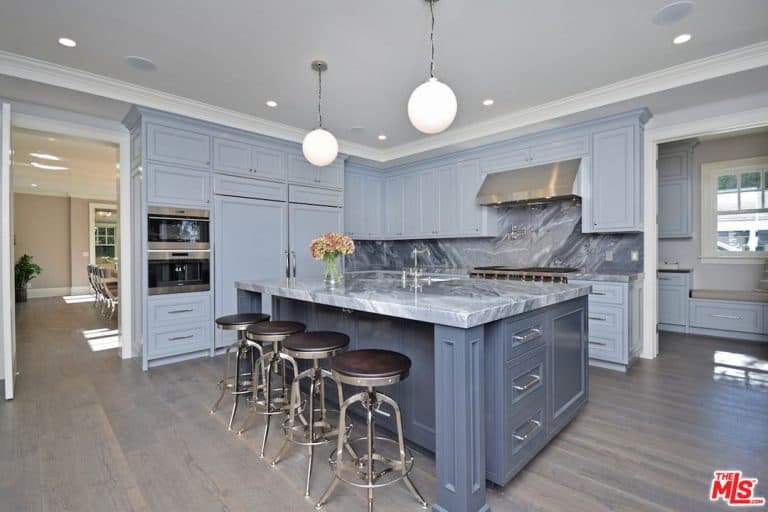 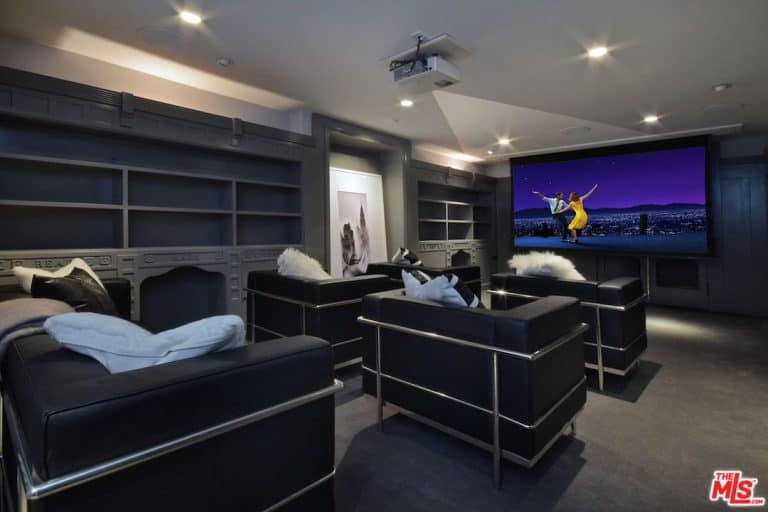 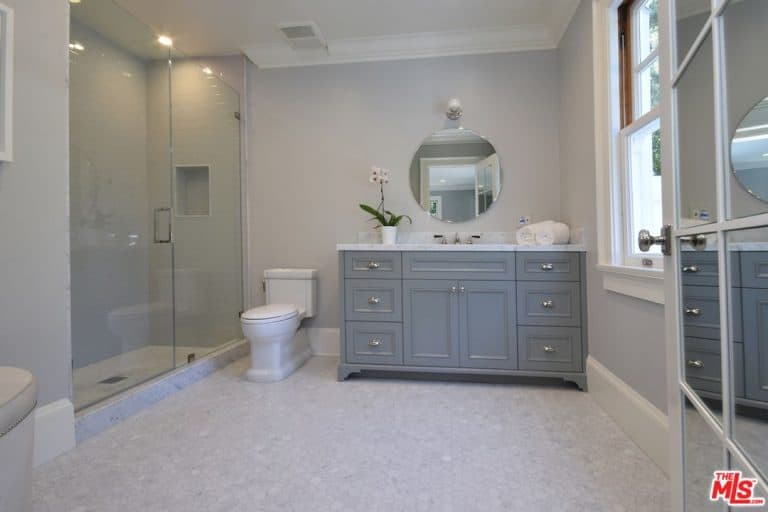 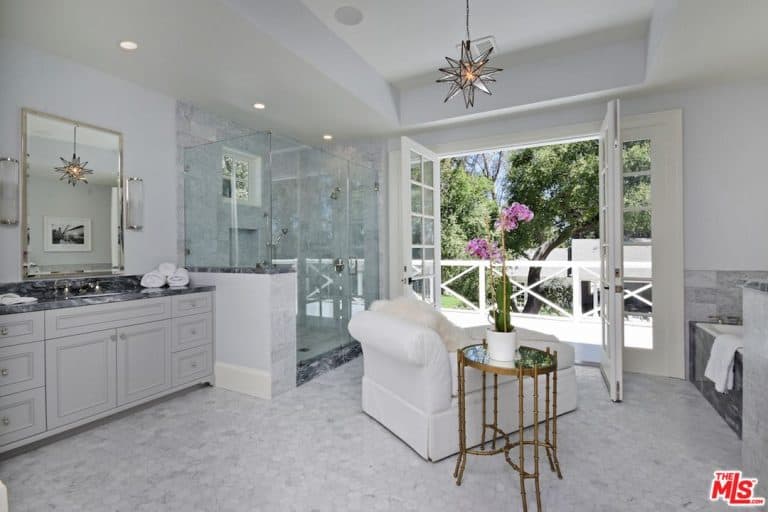 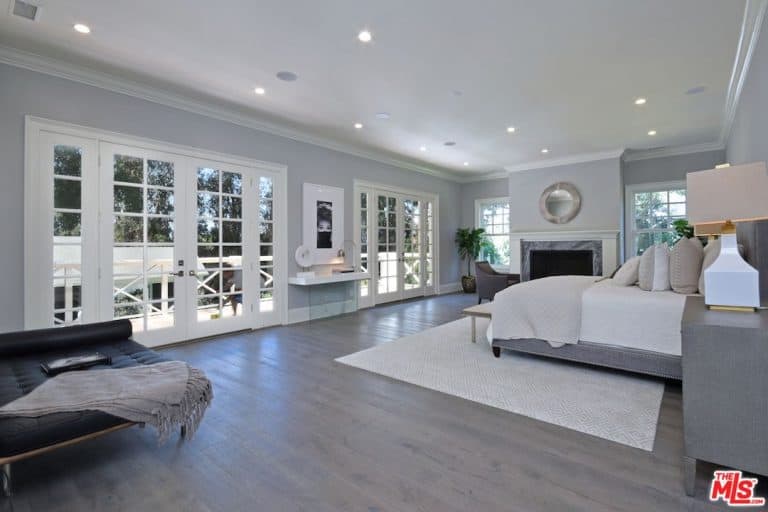 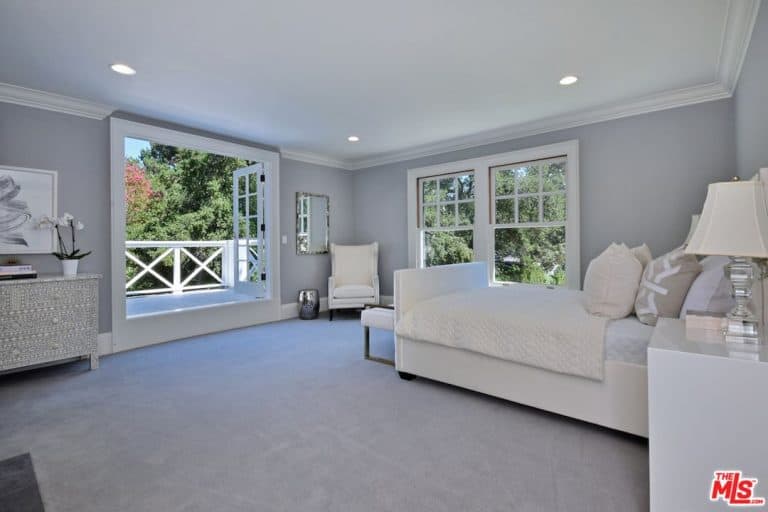 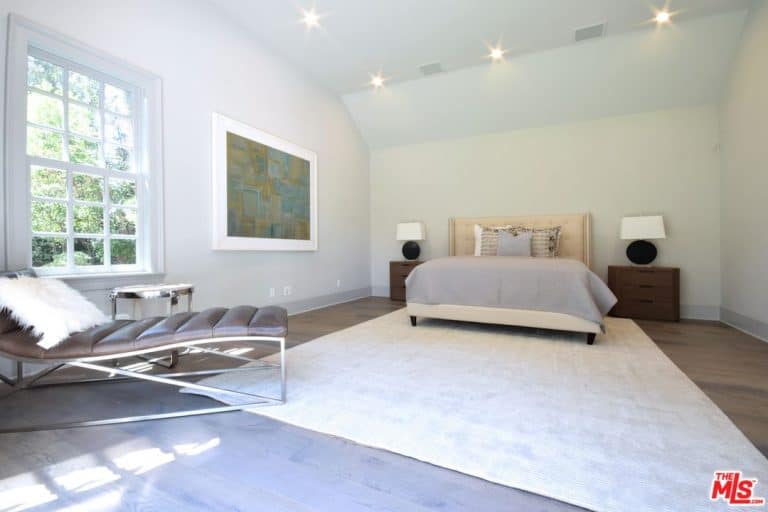 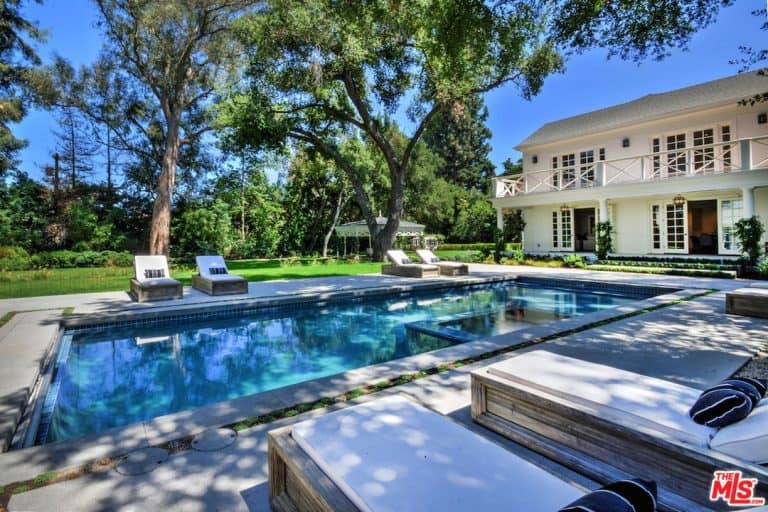 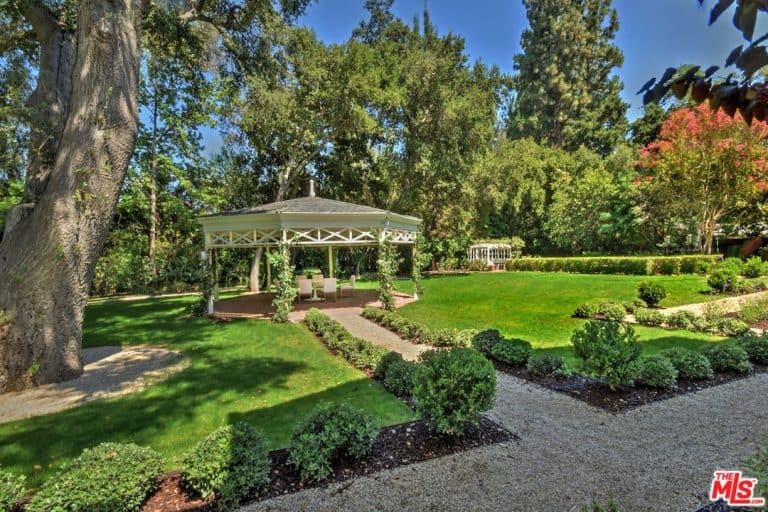