Phyllis McGuire was the lead vocalist for the hit singing group, The McGuire Sisters who were quite famous in the 1950s. She owned a massive mansion in Las Vegas that is now on the market priced at $6.5 million.

The mansion is measured at 26,000 square feet with two acres of land in Rancho Circle, a replica of the base of the Eiffel Tower in the center of the house, bulletproof windows, a basement disco, and automatic shutters. The property also has a guest mansion, two swimming pools, a lagoon, a tennis court, and Phyllis’s Place with a grill, ice cream bar, and a soda fountain. The public part of the property includes the French Room, Oriental Room, and downstairs Cabaret that can accommodate hundreds of guests.

Phyllis McGuire, the lead vocalist of the 1950’s hit trio The McGuire Sisters, went on to lead a completely different life from that of her sisters when the singing group broke up in 1968. All fresh-faced teenagers when they gained their initial popularity from an appearance on Arthur Godfrey’s Talent Scouts in 1952, evolved into glamour girls who dressed the same and always sported the same hairdo. Phyllis’s sisters eventually married and had children while Phyllis, not yet 30, became involved in a love affair with notorious 53-year-old crime boss Sam Giancana.

It was their relationship that eventually ended the group’s singing career as Phyllis related in an interview with Barbara Walters that one of her brothers-in-law put his foot down. He told her either she stopped seeing Giancana or the group was history. But Phyllis loved Giancana and chose him over her career. She stayed with Giancana and her sisters went home to raise their families. Years later, Phyllis became involved with Las Vegas high roller Edward “Tiger Mike” Davis who, according to legend, put a gun to the back of Giancana’s head in a restaurant telling him to give up Phyllis.

Giancana told him, “Take the girl” and he did just that. So Phyllis embarked on yet another affair with a man who was notorious for being a hothead and many stories were told of his viciousness to his employees and others. But as cruel as he was to others, to Phyllis he couldn’t have been more adoring. Over the years, Davis ran the gamut from being totally broke to being so rich he would have multiple private jets at once. Though rumor had it that Giancana paid for it and Phyllis claimed she paid for it out of oil investments, it was also rumored that in 1967 Davis built the massive house for Phyllis in Las Vegas – the city where she was still a star and where he spent hours gambling.

Phyllis’s house is a 26,000-square-foot mansion on two acres in Rancho Circle with a copy of the base of the Eiffel Tower rising 44 feet in the center of the house, bulletproof windows, a basement disco and electric shutters that close instantly at the touch of a button. There is also a guest mansion, two swimming pools, a lagoon, tennis court, and Phyllis’s Place with grill, ice cream bar, and soda fountain.

The public part of the interior is sectioned into the French Room, Oriental Room and downstairs Cabaret, all massive to hold hundreds of guests, which included the occasional sit-down dinner for 500 when she used her own china, crystal, and silver. Many of the major stars of the day partied there, a home away from home for them when in Las Vegas. The listing agent is Gene Northup of Synergy Sotheby’s International Realty, Las Vegas.

Phyllis McGuire of the famed McGuire Sisters is selling her Las Vegas mansion, priced at $6.5 million. 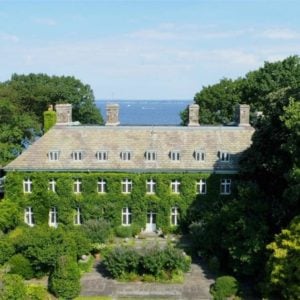 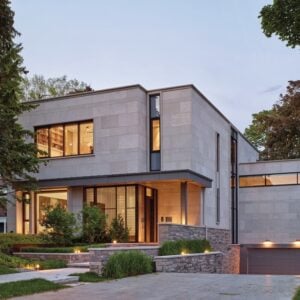