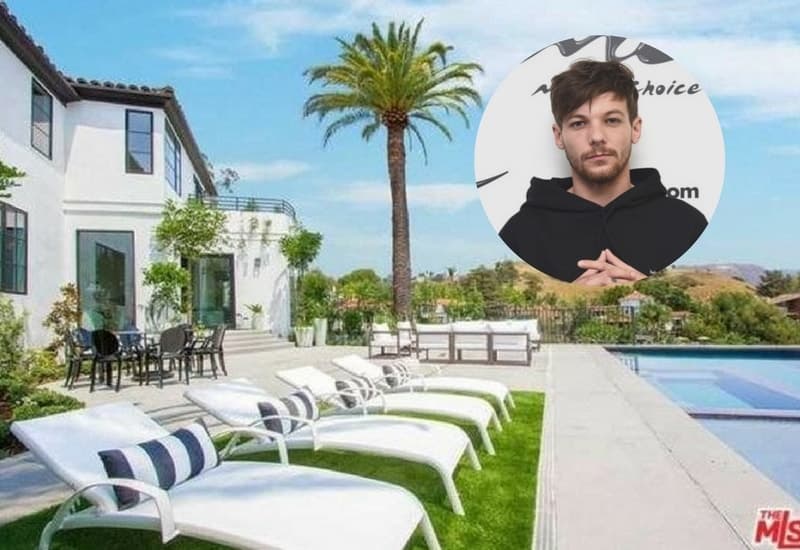 British singer and songwriter Louis Tomlinson shot to fame as a member of the boy band One Direction. He was a former student at Hall Cross School where he appeared in several musical productions, including the lead role of Danny Zuko in the school’s musical production of “Grease.” These performances played a role in boosting Tomlinson’s ambition to appear in the small screen and audition for the British talent competition series “The X Factor.”

He appeared in the ITV film drama “If I Had You” and BBC’s “Waterloo Road.”

In 2009, Tomlinson auditioned for “The X Factor” but failed to make the producer’s cut. He returned the following year where he failed to make it at the “Boys” category but landed instead on the “Groups” category where he was grouped with future One Direction bandmates Harry Styles, Zayn Malik, Liam Payne and Niall Horam. They called themselves One Direction.

One Direction won third place and was signed by producer Simon Crowell, who’s also one of “The X Factor” judges, to a reported £2 million Syco Records record contract. The boy band quickly rose to immense popularity and was even often described as the new act of “British Invasion” in the US. They released five albums, won several awards and went on four worldwide tours.

After the band’s split, Tomlinson served as a guest judge on “The X Factor” in 2015. In the same year, he also created his own record label, Triple Strings, Ltd., and was also reported to have started the management and mentoring of his currently nameless girl group.

He picked up his singing career the following year with the release of his debut single “Just Hold On,” a collaboration with American DJ Steve Aoki. Tomlinson dedicated the song to his late mother, who passed away in December of the same year after a short battle with leukemia.

Tomlinson has a son named Freddie Rein with his ex-girlfriend stylist Brianna Jungwirth.

The former One Direction star purchased this Hollywood Hills house in 2016. It has four bedrooms, six bathrooms, a theater, a bar, curved balustrades and Art Deco influences with contemporary touches. The property spreads 6,000 square feet and was built in 1937.

Amazing Hollywood views: The house has glazed windows and French doors throughout that open to a breathtaking view of Los Angeles, including downtown to the iconic Hollywood sign.

Check out the full photo gallery below of Louis Tomlinson’s home.

Louis Tomlinson on Football and His Charity Works

Tomlinson used to be a waiter in the hospitality suites at Doncaster Rovers football stadium. In 2013, Doncaster Rovers of the Football League Championship signed him as a footballer on non-contract basis after watching him at a charity game for Blueball Wood Charity.

He participated on several charity matches that benefited the UNICEF, War Child, the Celtic Foundation and the Rio Ferdinand Foundation.

He donated £2 million when he and former bandmate Payne co-hosted a charity ball held in honor of Believe in Magic.

Tomlinson often takes to social media to drive awareness and support for his charity work. For his 23rd birthday, his fans organised a donation drive for Blueball Wood Children’s Hospice where he’s one of the patrons.

The singer is estimated to have a net worth of £50 million, according to Daily Mail. His assets include this £7.3 million Hollywood Hills mansion, a £5 million home in London, a Range Rover and an Aston Martin.