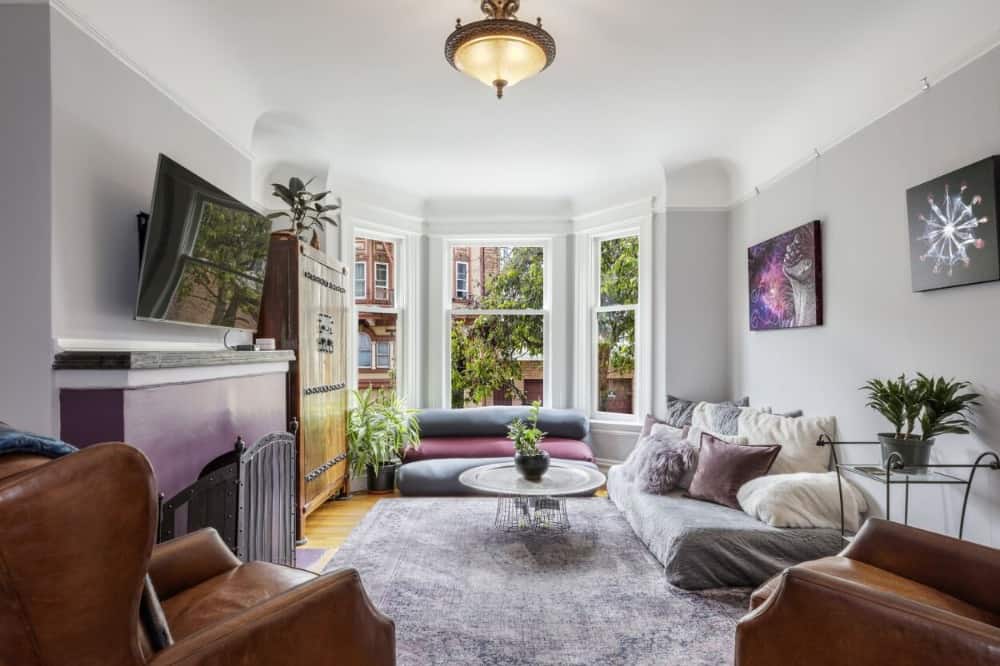 Craig Newmark founded and operated Craigslist in the mid-1990s in his San Francisco home, a three-bedroom, one-bath, 1,250 square-foot Edwardian-style property built in 1907. After an extensive remodel, the historic Cole Valley home was sold in 2018 for $1.48 million, nearly $100,000 more than it was listed for.

In the mid-1990s, Craig Newmark began periodically emailing friends and family about interesting San Francisco-area events and job postings he came across. There was a major shortage of apartments in San Francisco at that time, so he would also send out emails when he learned of housing vacancies.

Timing was largely on Newmark’s side, as this was the dawn of the Internet Age. His list of subscribers continued to grow and Newmark’s service was affectionately dubbed “Craig’s List.” Craigslist.org was officially registered as a domain in 1996. Today, the site operates in over 700 cities across the world and its 2018 revenue topped $1 billion.

Newmark, a computer programmer by trade and self-proclaimed “nerd” who previously had no managerial background whatsoever, has famously kept the Craigslist website straightforward with no frills.

He thought up and developed it in his San Francisco apartment beginning in 1994, then operated the business from there for about six years before Craigslist moved into an office. In 2018, the Edwardian-style home sold for $1.48 million – nearly $100,000 above its asking price.

The three-bedroom, one-bath, 1,250-square-foot home is the bottom flat in a triplex in San Francisco’s Cole Valley neighborhood, located in the center of the city. The area is known for being a family- and pet-friendly and is situated between the highly-coveted Haight-Ashbury, Golden Gate Park, and Castro neighborhoods.

Well-maintained Victorian homes front tree-lined streets and chain restaurants or stores are few and far between. Several walking and biking paths are nearby, including the popular Sutro Forest & Tank Hill hiking trails.

Newmark’s former house had two bedrooms when he lived there, but has since been extensively renovated. During the remodel, a newspaper was found in the walls that was dated 1908. According to public records, the building was constructed in 1907, likely after the devastating earthquake of 1906.

The new owners have taken great care to retain many of the home’s charming historic details, including original wood flooring, a coffered ceiling in the dining room, and two intricately-detailed fireplaces that are now strictly decorative.

The home features a small but functional chef’s kitchen with open shelving, crisp white cabinetry, butcher-block wood countertops, and a gourmet Blue Range stove. There’s a formal dining room that opens up onto a rear raised deck and garden that’s shared with the other two triplex units.

The backyard is fenced and offers plenty of privacy, plus the home comes with a dedicated garage parking space – rarities in San Francisco! Eastern exposure, lots of large double-panel bay windows, and bright white interior paint throughout give the home plenty of natural light.