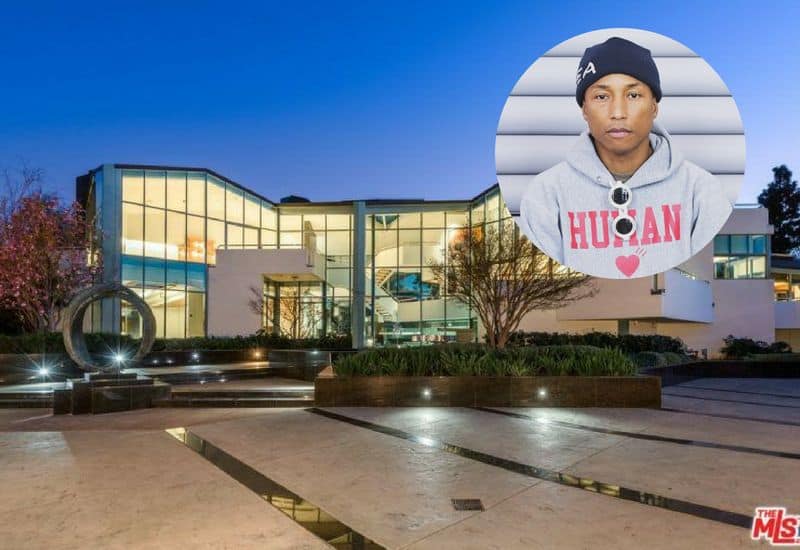 Look inside singer Pharrell Williams' Beverly Hills house which was previously owned by actor Tyler Perry. The amazing property has an incredible "resort-style" outdoor area plus 10 bedrooms and 11 bathrooms.

Pharell Williams is best known for his No. 1 hit song “Happy” and he definitely is one for having snatched an expansive Beverly Hills Home for over $15 million.

Williams is a Grammy award-winning producer and R&B singer who broke records with his hit “Happy.” He started performing during his teenage years and eventually teamed up with close friend Chad Hugo to form what then became a popular production team called Neptunes. During this time, he got the chance to work with other big names, such as Jay-Z, Britney Spears, Usher, and Gwen Stefani. He and Hugo also won their first Grammy Awards as producers for Justin Timberlake’s Justified album in 2002.

As a performer, Williams formed the band N.E.R.D. with Hugo and his childhood friend Shay Haley. As a solo performer, he released an album in 2006 and created a score in 2010 for the animated hit movie Despicable Me.

Then, Williams found success in a major way when he released “Happy” in 2013 as part of the Despicable Me 2 soundtrack. It was No. 1 for weeks and was considered a Billboard crossover chart phenomenon. Williams received his first Academy Award nomination with this hit and even got to perform it live on the Oscar telecast. But that did not stop there. Even after releasing his second album G I R L, he still got recognition for “Happy” in 2015 and even earned a Grammy for Best Solo Performance for his live rendition of the song as well as Best Music Video.

In 2013, Williams co-wrote and sang with Robin Thicke in his hit song Blurred Lines and with Daft Punk in his hit Get Lucky, the latter of which helped him earn two individual Grammys the following year for Record of the Year and Album of the Year.

But aside from music, Williams have also set his eyes on design and fashion. He is a co-founder of two fashion labels with Japanese fashion icon Tomoaki “Nigo” Nagao, forming Ice Cream footwear and Billionaire Boys Club. He also collaborated with Marc Jacobs on a line of sunglasses as well as with Adidas on clothing by providing them with fabrics from his other textile company, Bionic Yarn.

Williams prove to be one busy man as he also worked on several media projects. In 2011, he served as a creative director for Karmaloop TV and worked as a producer of programming for tech-oriented and young fashionista audiences across the web and other platforms.

In 2014, he signed on to become one of the coaches of the singing competition TV show The Voice. He continued on as coach until 2016.

In 2015, Williams also gained yet another recognition as part of the New York Time Best Sellers List for the children’s picture book that he released that year called Happy. It is based on his award-winning hit.

In his personal life, Williams married his wife, Helen Lasichanch, in 2013. Their first child, son Rocket, was born in 2008. In 2017, they welcomed triplets.

William’s new acquisition occupies 17,475 square feet. It is a modern home located in one of the most coveted residential areas in Beverly Hills. It was constructed in 1992 on four acres of secluded spot, giving its residents the privacy that they need, while being generous with its view. It is sitting on top with an overlooking view of the city lights and canyons, giving its residents a good balance between the urban and natural sceneries. It has a long driveway that opens to a 30-car motor court.

Inside, the house has steel beams, floor-to-ceiling walls lined with glass, pyramid-shaped skylights, and high angular ceilings. Connecting the first floor to the second floor are stone marble stairs. The bedrooms have connecting balconies and lots of open spaces that showcase the beauty of California outside.

The Beverly Hills home also boasts of a stream and a koi pond, giving it a more relaxing, natural atmosphere. It also has a resort-style pool, a slide, rock sculpture, grotto, outdoor dining terrace, and tennis courts. 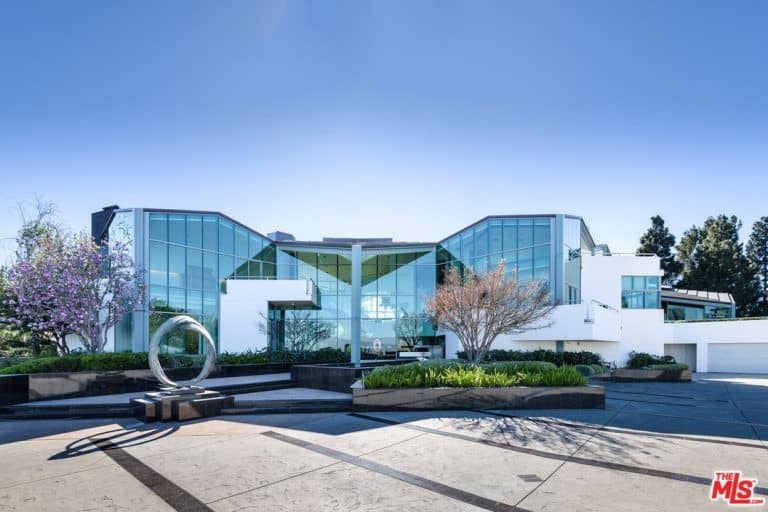 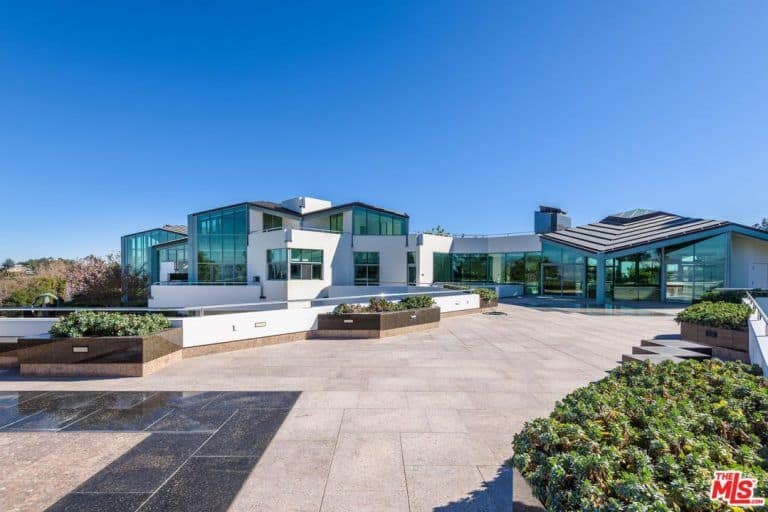 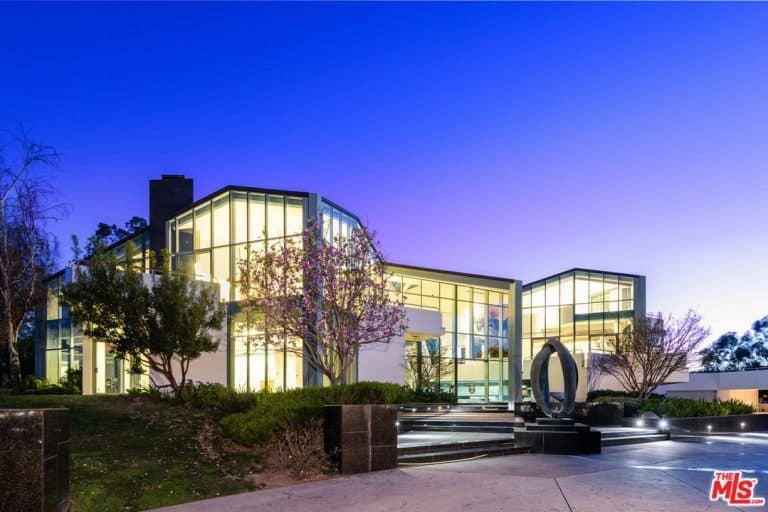 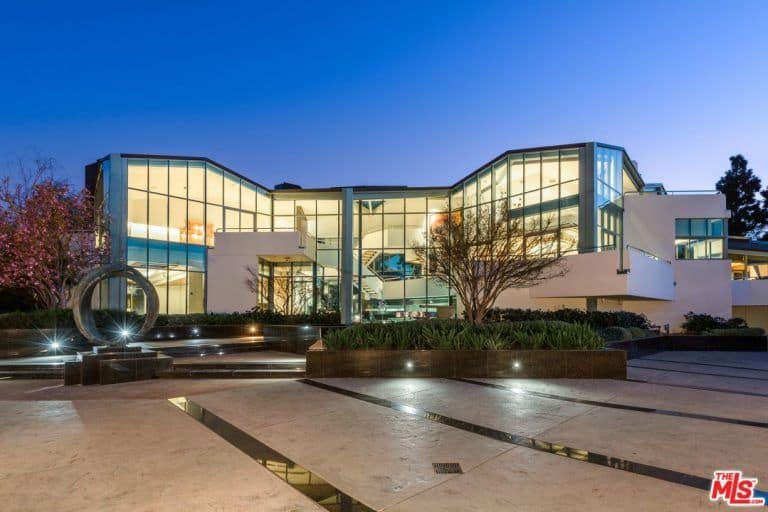 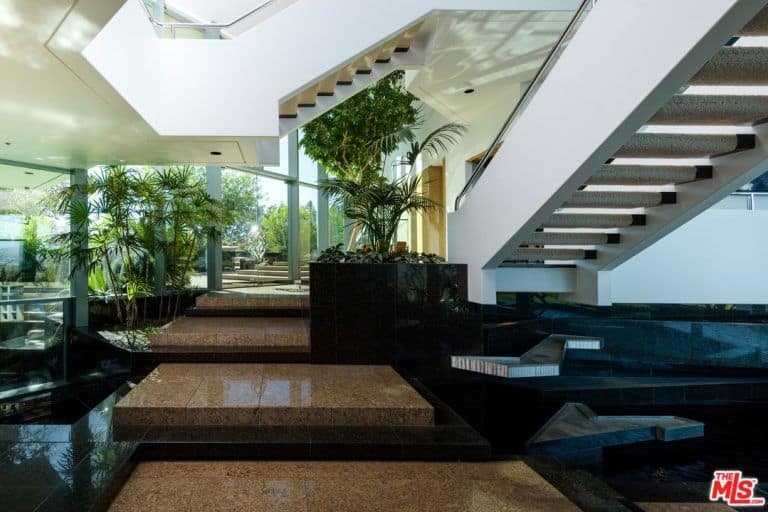 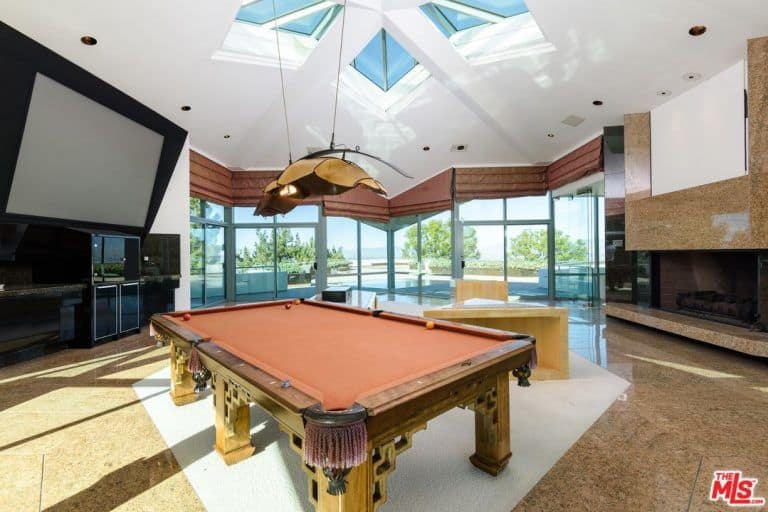 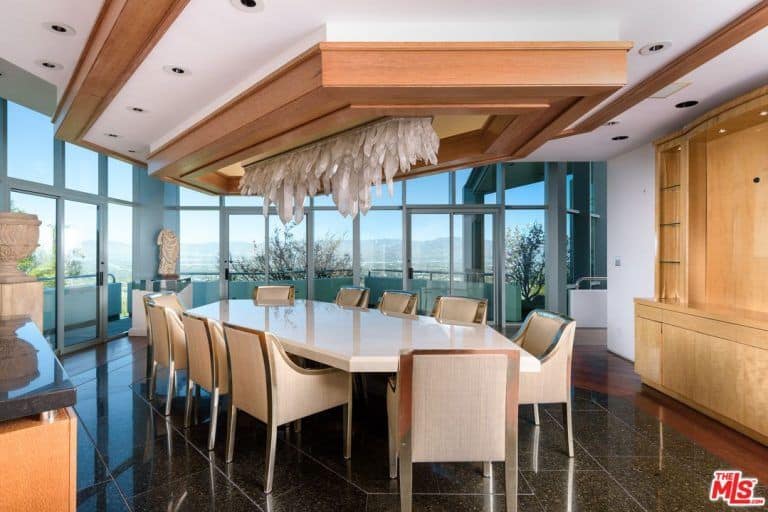 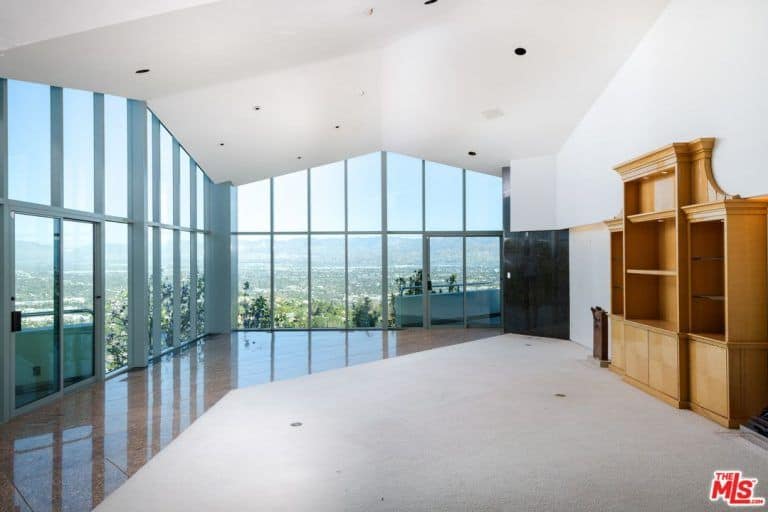 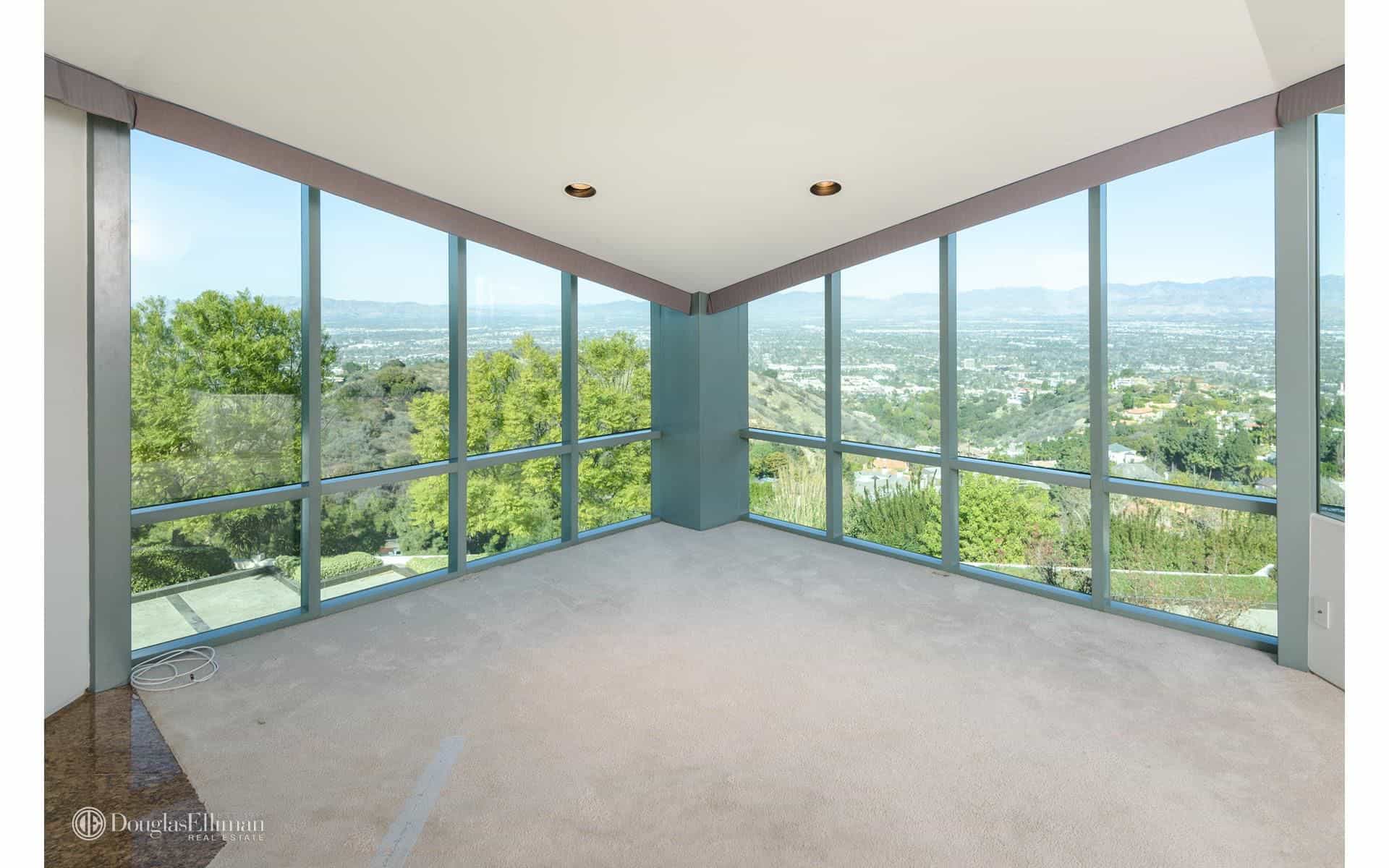 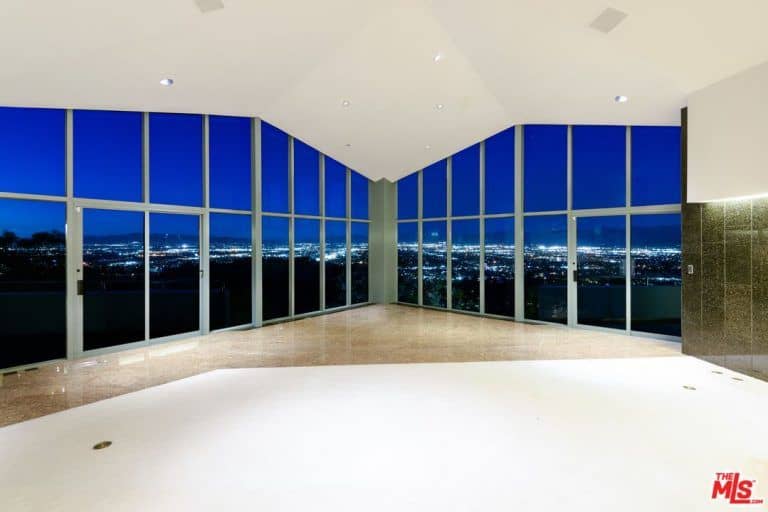 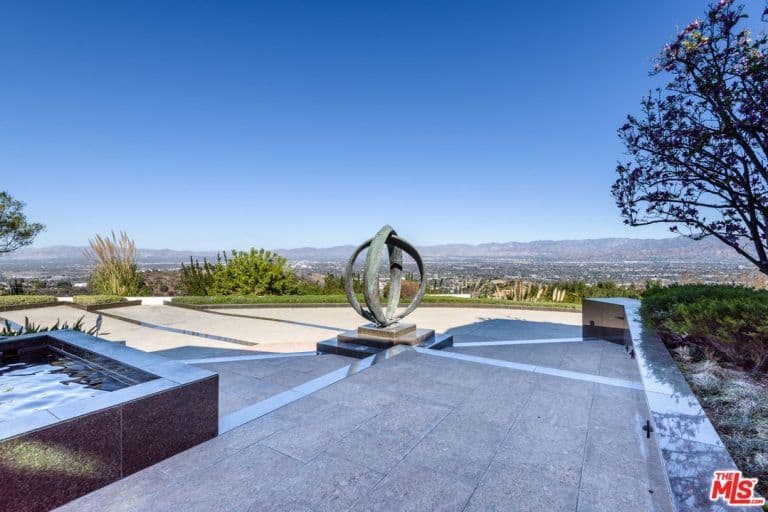 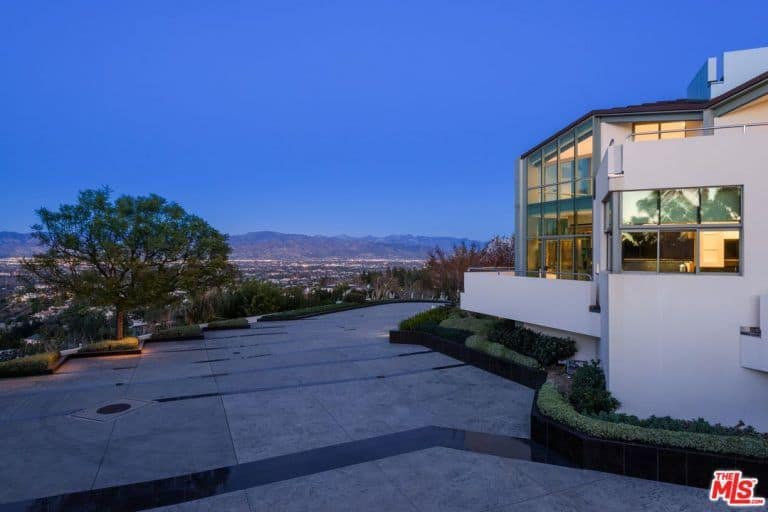 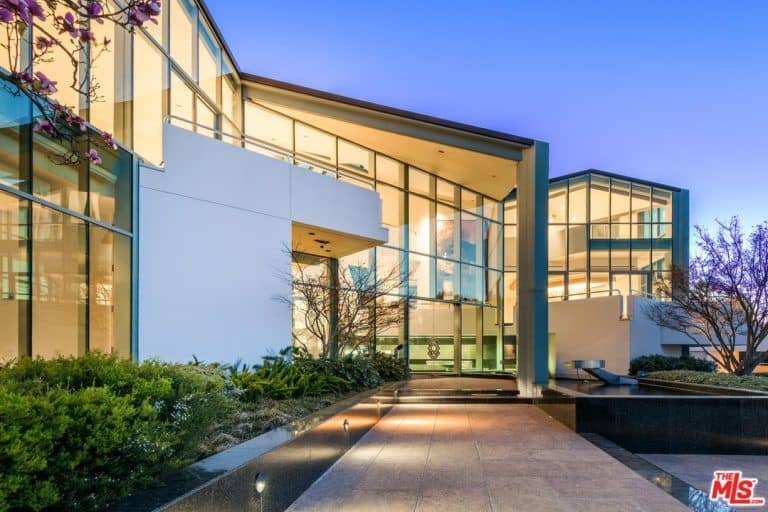 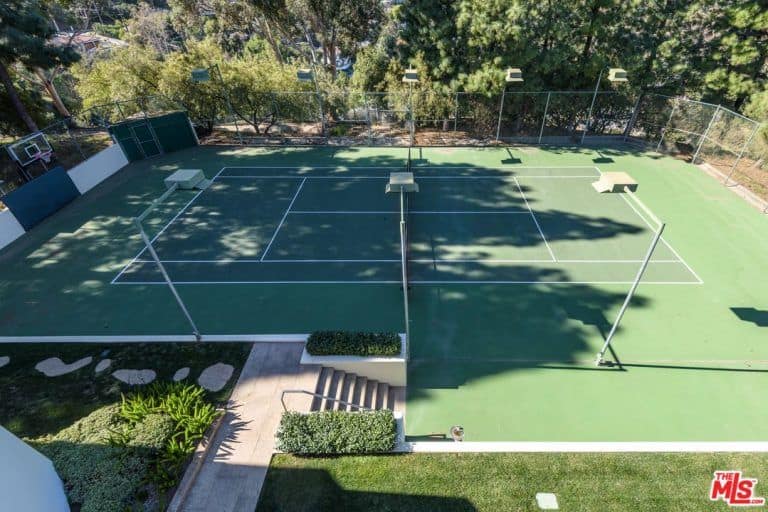 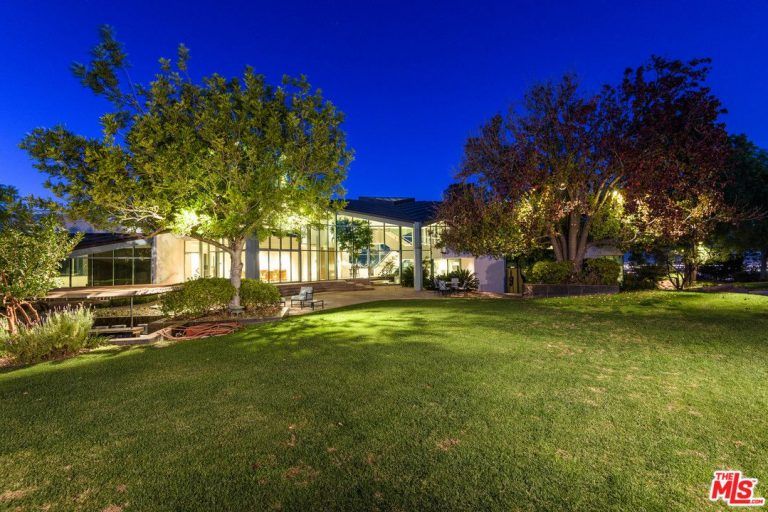 CelebrityNetWorth.com estimates his fortune at $150 million.