You’ve seen plenty of Paris Hilton in the tabloids. But there’s more to the heiress of the Hilton fortune than outlandish goings-on in European dance clubs. She’s a successful businesswoman, and has obtained a number of impressive properties. One such property is her 1920s mansion on Sunset Strip. 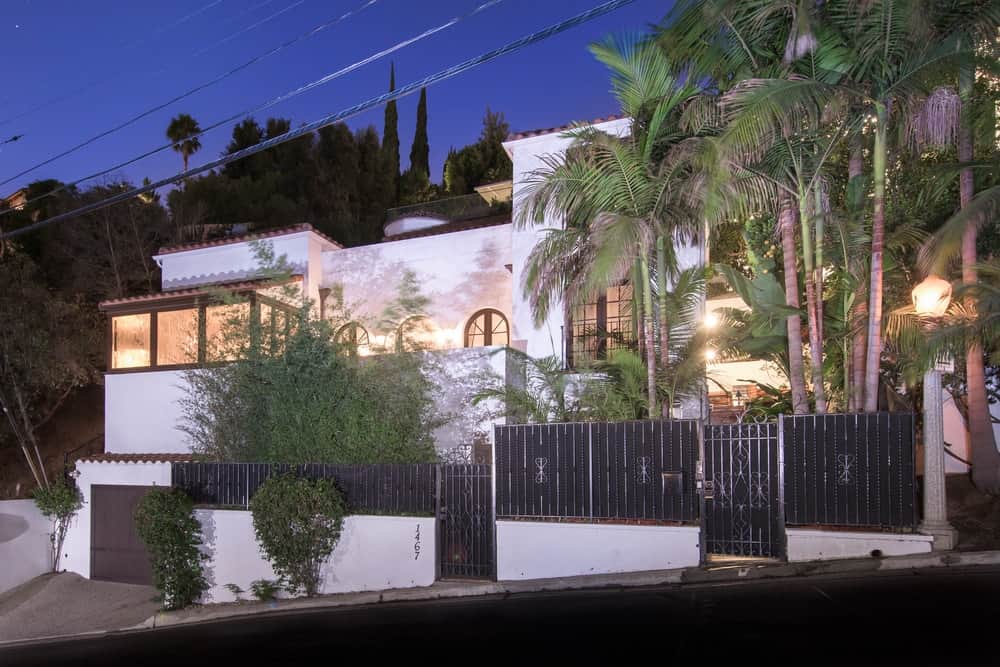 Being the heiress to the fortune of a globally successful luxury hotel chain has its perks, chief among them is being Paris Hilton. Effectively a member of a kind of global popular royalty, Paris has also found success on her own as a businesswoman, a socialite, a medial personality, singer, fashion model, and even as a DJ. Today, she lives in Ibiza, Spain. But we took a look at her Hollywood home on Sunset Strip hoping for some insights into the lifestyle of this one of a kind celebrity.

The Hollywood mansion is now up for sale marked at $4.195 million- down from $4.8. It was built in 1926 and covers 3,064 square feet. It contains four bedrooms, four baths, a formal kitchen, and dining area, and it exudes the style of a bygone time in Hollywood- what has often been called Hollywood’s Golden Age.

The aforementioned dining room is downright magnificent. The vaulted translucent sky-light ceiling is completely sky-blue and gives an almost technological version of the feeling one gets looking up at the ceiling of a great cathedral. The room is accessed through one of two white arched doors.

The flooring is entirely black marble which provides a startling contrast to the vaulted, electric sky ceiling. It is almost like standing on an in-between plane of existence halfway between heaven and hell. The effect really cannot be overstated.

The kitchen is surprisingly small with a wall of sliding doors meant to facilitate ease of service. A functional marble-topped island stands center-place and the crosshatched tile flooring is reminiscent of flooring for well-paid working crews since before the industrial revolution. It would be surprising if Paris Hilton did much of her own cooking.

An outdoor pool and recreation area looks like a crossbreed of an English garden and a five-star golf course. With red brick tile flooring and a quaint garden wall, it feels as wholesome as it is inviting.

The living room is enormous, with more black marble flooring, a round, vaulted ceiling rendered in stained ebony, a long glass coffee table, and massively long white couches. This is a place for cocktails, business talks, and more cocktails.

The primary bedroom is as glitzy and larger than life as Paris herself. With a decor that seems to be as much chrome runners as it is coral overtones, with tiled, light brown marble, a headboard the size of the nose of an RV, and an ephemeral chandelier hanging precariously over the bed – one gets an idea of the scope of the dreams that must have been had here. Massive.

Today, Paris is making waves in Spain with equally lavish surroundings. We hope to see how she’s living now, soon.