Check out this neighboring Bel Air estate Michael Eisner, former Disney CEO, purchased for $8.2 million. It's next to his current property which makes you wonder whether he plans to build a mega compound. He's very wealthy so dropping $8.2 million is peanuts for him, even if he spends many millions more on a mega mansion.

Business Executive Michael Eisner is a recognised leader in the American entertainment industry and was inducted into the Television Academy Hall of Fame in 2012.

He had brief stints in NBC and CBS before launching his career at ABC where he rose to the ranks and eventually became the network’s senior vice president for programming and development. ABC also rose to become number one with a string of successful shows such as “Happy Days,” “Roots,” “Barney Miller” and “Rich Man, Poor Man.”

Eisner then moved to Paramount Pictures as president and CEO in 1976-1984. Under his leadership, the company produced blockbuster films such as the “Star Trek” film franchise, “Raiders of the Lost Ark,” “Grease,” “Saturday Night Fever,” “Footloose,” “Terms of Endearment,” “An Officer and a Gentleman,” “Ordinary People,” “Flash Dance,” “Terms of Endearment” and “Beverly Hills Cop.”

After Paramount, Eisner then became Chairman and Chief Executive Officer of The Walt Disney Company from  1984 to 2005.

Eisner founded the investment firm the Tornante Company in 2007 and created the independent studio Vuguru.

Eisner purchased this property in 2012 for $8.2 million through a trust. It’s the next door property to his current Bel Air house then which led to speculations that he planned to create a massive compound yet again. He’s already done so once when he bought four parcels of land on Pacific Coast Highway.

An executive’s dream house: This house has all the amenities a studio executive could ever look for. It features a main house, a guest house, pool and plenty of surrounding land.  Of course, if it’s just the land he wants, who knows how spectacular the resulting home will be.

Built on historic grounds: It’s not just an 1928 Tudor classic. It’s also standing on the East gate of Bel Air.

Check out the full photo gallery below of Michael Eisner’s home.

Eisner at The Walt Disney Company

Under his leadership, the film and theme park company with $1.8 billion net worth was transformed into a global media empire with an enterprise value of $80 billion.

Eisner became the public face of the company after he became the host of the TV series “The Wonderful World of Disney” from 1986 to 2002.

He revamped Disney in the second half of the early 1980s and early 1990s with new acquisition of media sources such as Miramax Films, ABC and ESPN and the blockbuster animation films “Who Framed Roger Rabbit” (1988) and “The Little Mermaid” (1989).

He stepped down as CEO in 2005. A year later, Disney renamed its corporate headquarters in Burbank to Team Disney — The Michael D. Eisner Building.

In 2015, Forbes ranked Eisner as 11th richest power broker with a $1 billion estimated net worth. 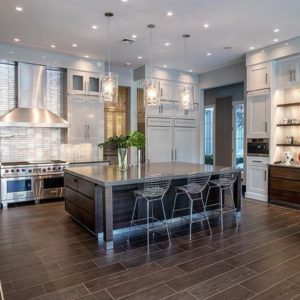 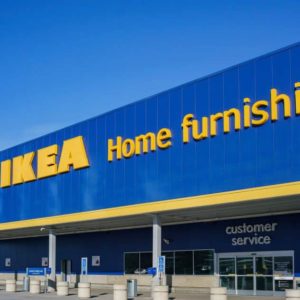