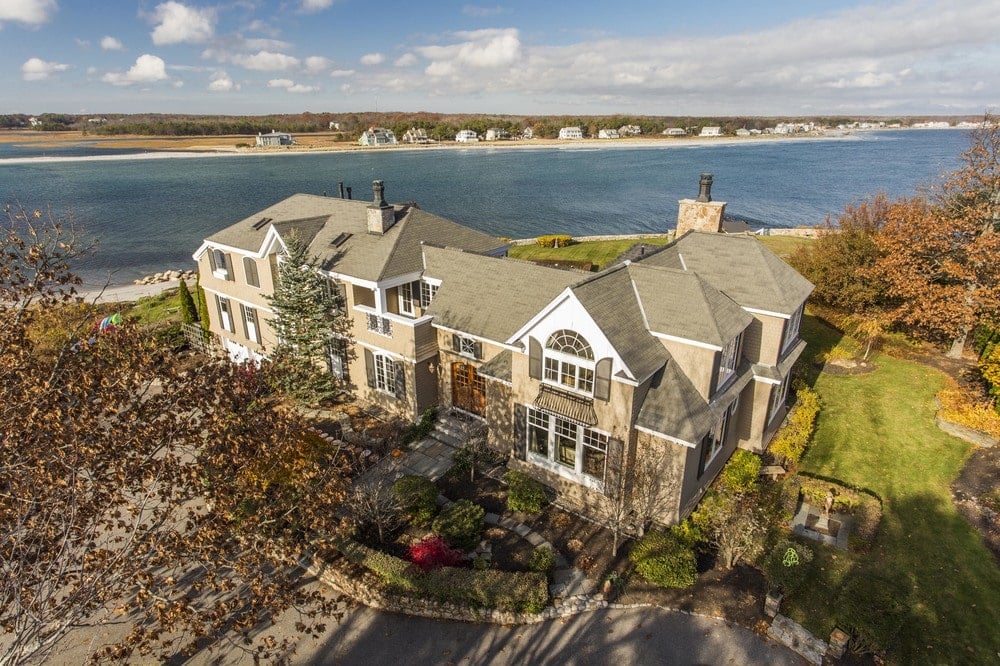 A large oceanfront home in Kennebunk, Maine with plenty of sandy beach of its own is now on the market priced at $4.25 million.

The 2-acre beachfront lot has a main house that is measured at 5,882 square feet. The house includes the five bedrooms, five bathrooms, 207 feet of oceanfront and private beach, and an oceanside cabana right at the water’s edge. The house also boasts of an abundance of natural lighting in its rooms as well as views of the ocean.

The oceanfront Kennebunkport home at Marshall Point with its own beach is listed under Re/Max Properties in Maine.

For years, the country has heard about Kennebunkport and it probably started around the time President George H.W. Bush took his first vacation there after he was in office. Since then, it’s a name familiar to anyone who hasn’t been living under a rock for the last 20 years. But New Englanders have been enjoying this quiet coastal Maine fishing village since the early 1800s with many of the original houses still standing and well-kept.

Now known to be a summer enclave of the wealthy who are building their own mansions, there are still just under 4,000 full-time residents. In hot weather, beaches are a major draw, but Kennebunkport’s many small boutiques, art galleries, and restaurants make a fun place to live at any time of year. Fresh lobster and fish are always nearby and just about everyone will tell you that no one in the world makes a better lobster roll than the Crab Shack, a lobster-roll institution in Kennebunk, Maine.

Kennebunkport is at the southern end of Maine where one finds nice sandy beaches, unlike the northern Maine coast with its craggy, rocky cliffs jutting out into the ocean. Currently for sale is an oceanfront home at Marshall Point with plenty of sandy beaches of its own. Measuring in at 5,882 square feet with total privacy on its almost two-acre lot, the five-bedroom, five-bath home has 207 feet of oceanfront and private beach.

There is even an oceanside cabana right at the water’s edge. Lots of beaches that continues into and through the marshland is perfect for long walks and waterside morning jog. Built in 1996, the home is quite spacious with many venues for entertaining a crowd of friends and family both inside and out.

Guests who don’t care to take advantage of the beach will enjoy the Foodie Tour, go whale watching, lobster harvesting, deep-sea fishing in the Atlantic Ocean or take a romantic dinner cruise along the Kennebunk River. For more information.

Large oceanfront Kennebunkport home with something important that even the Bush compound doesn’t have…a beach! Of course, you could always invite them over for a swim. Priced at $4.25 million.