Some people argue the concept of a man cave is sexist. Female sanctuaries are referred to by their purpose while the man cave connotes a place where men can escape family life and devolve into bad behavior. What do you think? 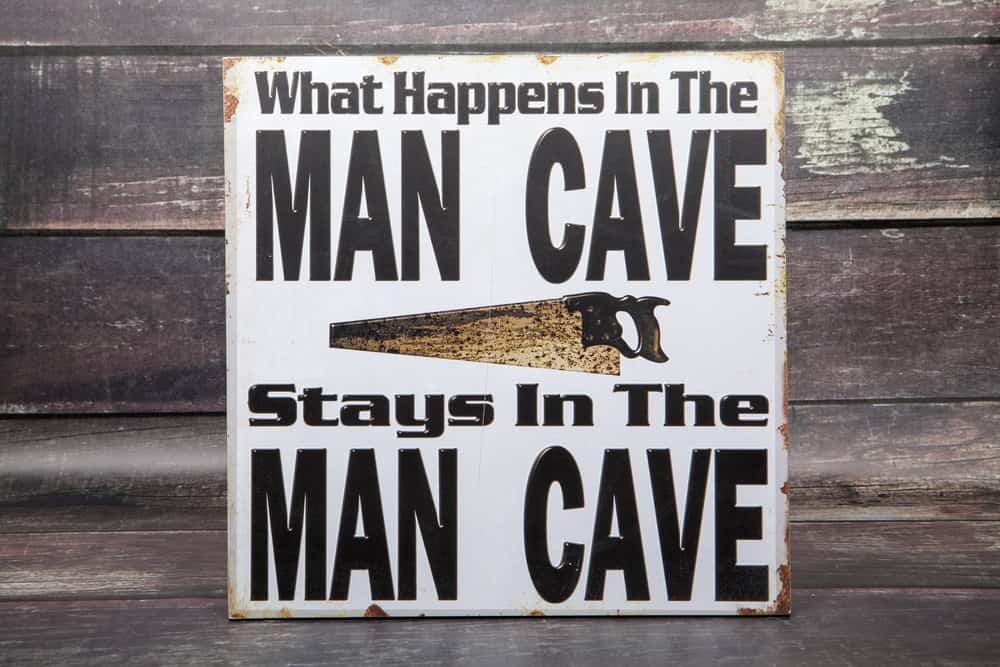 On the face of it, one might consider the concept of a man cave sexist.

At a deeper level, it’s very arguably a sexist concept.

Her argument is “The sewing room or craft room, to which a woman might retreat, is identified by the action that takes place there. By that token, a man cave is a place where a man devolves into a grunting subhuman…”

In other words she takes issue with the language used. She states: “A man cave is essentially an emotional sanctuary for men to escape their responsibilities without the interruption of women or children. It’s as if these men are victimizing themselves and require refuge to revel in their false sense of masculinity.”

What do I think?

If you read the comments of Kalani Ruidas’ article, you’ll see plenty of the usual “not sexist, lighten up” lines of thought. I don’t agree. I think she makes a very good point.

Moreover, I think the language of “man cave” is derogatory toward men. It connotes for me, and I think many other people, buffoonery; a place to be a slob, drink excessively and be sloth-like. I’m not saying this happens in every man cave; I’m saying it has that connotation.

For example, we don’t typically refer to a man’s home office as a man cave. It’s referred to as “Tom’s office” just as a wife’s home office would be “Sally’s home office”. However, that home office could be a place to read, listen to music, attend to hobbies, etc.

Same thing with a shop. It’s referred to as “Tom’s shop” referencing it via purpose like the “craft room” example given by Kalani Ruidas.

While some men (and women) may refer to their home office or shop as the man cave, when done so, it adds a negative connotation to the space.

So while “man cave” is arguably a sexist term, it’s also buffoonery.

This does not mean I’m against masculine interior designs such as sports themes, a home pub, fabulous home theaters, etc. I just think calling it a man cave is not the best term.

Does the advent of the “She Shed” make a difference?

She Sheds are the equivalent of the man cave. It may be a place to read, craft, create things, write, pursue hobbies, etc.

Now that there are she sheds, is the playing field equal? Does it mitigate the sexism one attaches to man caves?

The she shed term (not concept) came after the man cave; it’s a response to the man cave terminology which connotes escape and solitude like a man cave, without the primitive connotation.

It’s a more neutral term that doesn’t have a buffoonery sound to it, but it’s purpose is the same. While man cave is buffoonery in name, not all men devolve into gross pigs in the man cave.

I’m sure the debate will continue, but no doubt the terminology and the rooms themselves will remain in effect and be built for many years to come.