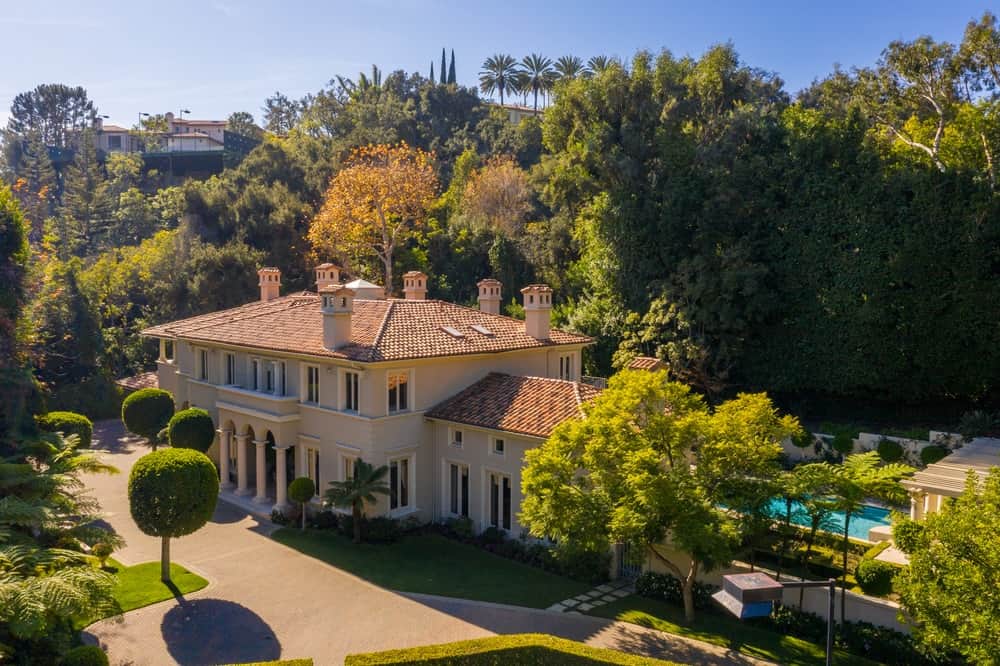 Lee Iacocca, the well known automotive magnate passed away in 2019. But he is remembered by the automotive industry, and he has left behind a truly palatial LA mansion appraised at over $29 million. As one of the most lavish homes that we have ever covered, it took a bit of research to understand much of the materials used in its construction. Join us on a tour.

Lee Iacocca is best known for his career as an automotive manufacturing executive. His ideas were key in the creation of classic American muscle cars like the Ford Mustang and for famously bad cars like the Ford Pinto. In the 1980s, he served as the CEO for the Chrysler Corporation and is celebrated for breathing new life into that company after it was believed to be unsalvageable.

All photos are used with permission from TopTenRealEstateDeal.com

Mr. Iacocca passed away in July of 2019 of Parkinson’s Disease with a net worth of $150 million. His home in Los Angles, appraised at $29.9 million has been placed on sale, and it’s getting a lot of attention from qualified buyers. The 10,682 square foot home is outfitted with five bedrooms, eight bathrooms, and is standing on just over one acre of land. It features a dedicated apartment for staff members and four ensuite guest rooms.

The massive house is roofed in clay tile roofing and finished on the exterior with adobe- eminently appropriate for the location- nestled against a palm tree-dotted Hollywood hillside. Golden light seems to emanate from within through the many windows of the house.

The tiled walkway from the drive to the door appears to be meant to accommodate full-sized, classic American cars. In the middle of the driveway, we find a small and slightly sunken storm drain, a testament to the power of the occasional rainy season in this climate.

The entryway is overtly palatial with high arches, marble tile, a heavy marble stairway, and a smattering of fine art. A graceful, thin-framed chandler hangs high above, lighting the entryway to all comers. Two small but ornate couches appear to serve professional greeters, as do the small officious doorways just off to one side.

A seemingly business-oriented family room is found not far from the front entry point. It features a large, marble encased fireplace, a long, L-shaped couch, and a cozy side bench that appears to be there for crafting deals over stiff drinks. The ceiling is a solid wood construction with slanted boards and buffeted with sturdy ash beams. Around the edges of this room are well-windowed walls, with high arched glass panes revealing a portion of the verdant hillside.

The dining room is as cinematic as the location of the home. It is a long gilded, glass table complete with ten velvet and gold chairs that stand on extremely finely worked wooden legs. Swirling, beige marble composes the floor and a refined and sprawling rug prevents the chairs from scratching the marble. To get to this room, one must pass a conspicuously painted portrait of Lee Iacocca himself.

Stepping outside we find a classic Hollywood style pool with recessed corners, framed in a line of marble- slippery, but stylish. Just three high-end deck chairs and a small umbrella table serve to furnish this area. Nearby, we find a single tennis court. The court is hemmed in with a high hedge, apparently to make doing business during play a bit more secure.