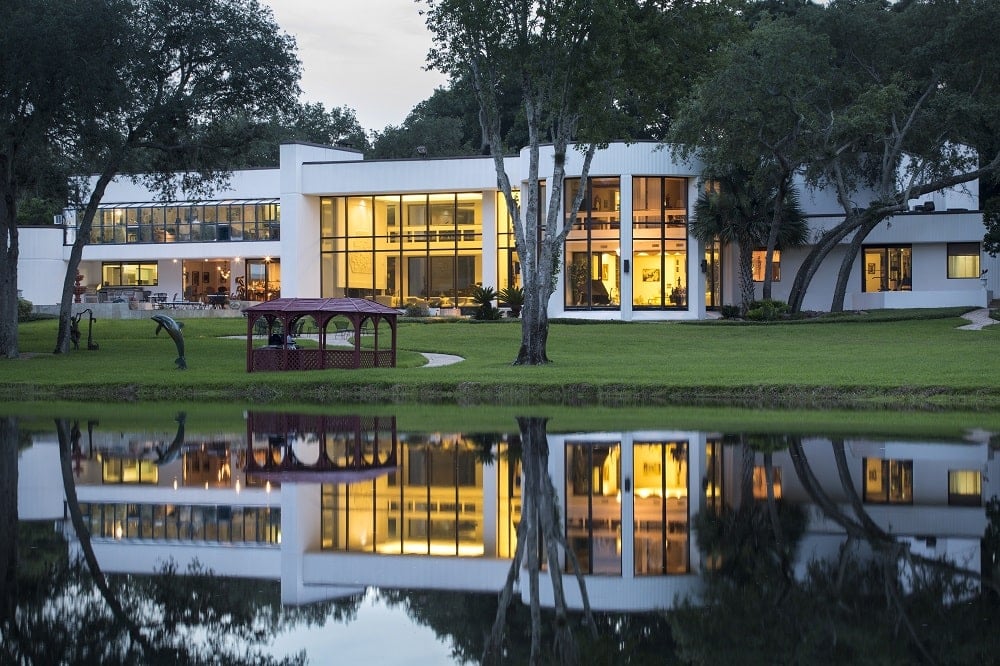 Orlando Florida mansion built by Harold Mertz is up for auction. The home is valued at $5.8 million. 11 acres of land provide privacy for the 16,000 sq ft home. Lush tropical landscaping, an in-ground pool, tennis courts, and a 5 acre pond are a few of the features

Harold Mertz is the mind behind Publishers Clearing House. The mansion was built for him in 1979. The 16,000 sq ft mansion is everything you’d expect to find from an Orlando Billionaire. Just minutes from downtown Orlando, it’s a palatial retreat with every amenity you can think of. The mansion was on the market for $5.8 million, but it’s now going to auction in August.

The property has seen it’s fair share of celebrities, including two presidents and several other political leaders. It’s been through several owners. Bancroft estates purchased it from Mertz. They eventually sold it to R.J. Randall, founder of a rock band called Two Doors Down.

The home has nine bedrooms and thirteen baths. There’s a two-story library perfect for enjoying an evening brandy and a cigar. The high white ceiling contrasts with red walls and railings on the second floor. Built-in bookshelves on the first and second floors make it perfect for book lovers.  The library also functions as theatre, with a 16.9 ft drop-down projection screen.

The glass walls of the two-story round conservatory give a view of the lush landscaping, and the white marble floor pairs perfectly with the large crystal chandelier. The exercise area includes modern exercise equipment and a massage table. You can relax after your work out in the Kohler sauna and steam room.

The home itself is made of white brick and glass. The innovative use of angles, lines, and glass creates a uniquely modern look that was ahead of its time upon construction.

The mansion sits on 11.9 acres. It has an eight-car garage, which of course accommodates a stretch limo. Other features include a manicured lawn, tropical vegetation, tennis courts, and two outdoor kitchens. The five-acre pond reflects the facade of the house giving a beautiful mirror effect, and includes a breathtaking fountain. The spring-fed pond is stocked for fishing. There are also koi ponds on the property. The in-ground pool is framed with a beige stone walkway and a raised spa area on either side of the pool.

In addition to the main house, there’s a two-bedroom three bath pool house and a small 1,000 sq ft caretaker’s cottage on the property. The home was designed with privacy in mind. The gated mansion prevents prying eyes. When you step out of the house, you own everything you can see. The area is part of the Sweetwater Golf Club, and purchasing the home gets you a two-year membership to the club.

Harold Mertz, along with his wife and daughter, founded Publishers Clearing House in 1953. It began as a small enterprise but eventually grew to be legendary. Originally, Publishers Clearing House was designed to offer an alternative to door-to-door magazine subscriptions. The sweepstakes that eventually made the company famous began in 1967. He passed away at 79, in 1983. 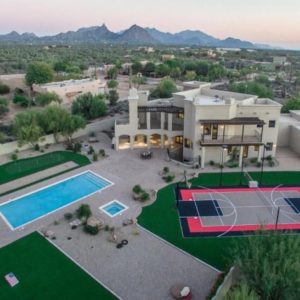 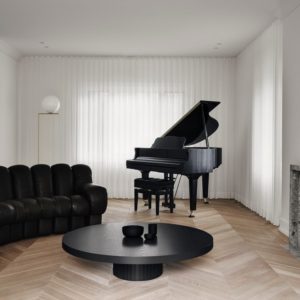