James Dean, star of Rebel Without a Cause and East of Eden was an icon of his time. He represented the state of teenage disillusionment which was growing at the time and would peak only after his untimely death. Here, we take a look at his $3.9 million Hollywood home. 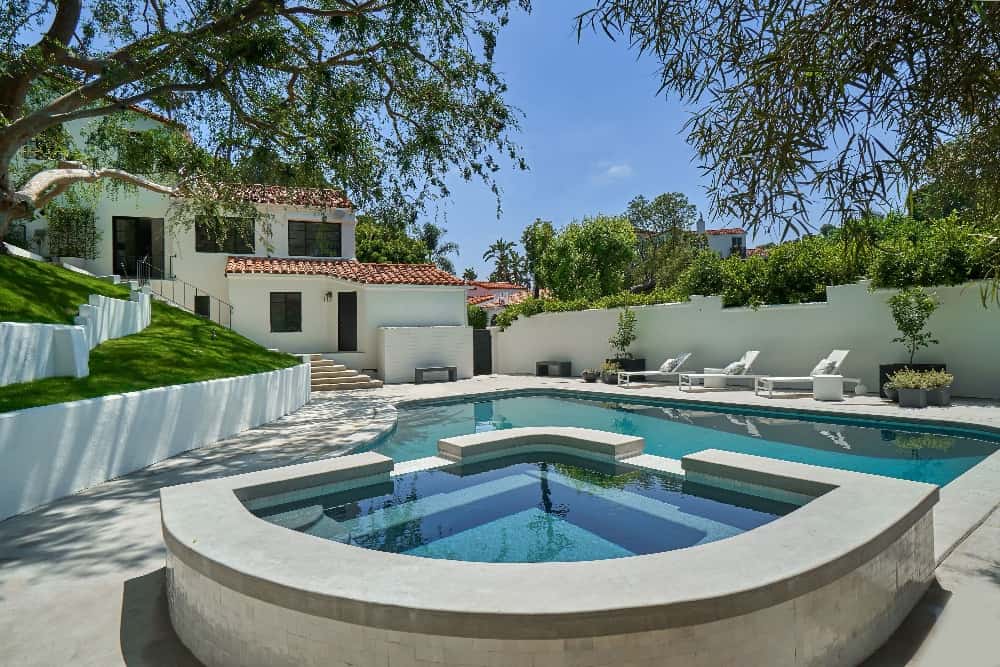 James Dean, the American actor born in 1931 and died in 1955, is perhaps more famous for the way we left this world than for his work on the big screen. It’s unfortunate because Mr. Dean was arguably one of the most magnetic, original, and compelling screen presences of his time. He died on a lonely stretch of California State Route 41 driving the fastest car on the civilian market, the Porsche Super Speedster 23F – a vehicle dubbed “The Little Bastard” by Dean’s head mechanic.

While James Dean’s life may have been about fast cars, fast films, and high class dames, his Hollywood home is as interesting a domicile as Dean was a man – that is to say, rather.

The Spanish style home encompasses more than 4,000 square feet, contains three bedrooms, four bathrooms, a sun room, and a chef’s kitchen. The home is currently listed for sale at $3.9 million.

The highlight, it must be said, is the outdoor pool and surrounding area. It is rather small but runs long on style. It is made up of the main pool and a hot tub off to the side and is rendered in an almost art deco fashion. The deck is walled in for privacy and for protection from the wind, which can be quite disruptive at the top of the Hollywood hills.

The front living room is heavily Spanish influenced with adobe walls, and overhead wood beams sunk into the plaster above. A fireplace is incorporated quite stylishly with swooping leads to the chimney and molded into the design of the wall.

The kitchen is modern while still remaining true to the Spanish styling of the home. The floor is a glistering black hardwood. A tall, island settee stands in the center of the kitchen for additional seating and added functionality. The dining room table is off to one side and a vaulted ceiling arcs over the whole scene like a cloudy in the Sonora desert.

The bathroom feels like something you might find in an upscale professional bathhouse with marble surfaces, the black tile floor, brass fittings, ghosted mirrors, and the walk-in shower/bath.

The primary bedroom seems to be made in the same style as the bath and kitchen, with similar flooring as is found in the kitchen and the same austere simplicity of the bathroom. A low ceiling, plain all-white walls, and startlingly blue curtains give an impression of cool rain on a plane. While at the same time, the bed might be fashioned to give the impression of a cloud.

A look out the window and we see an elder banyan tree standing over the pool which we had missed on the first pass.