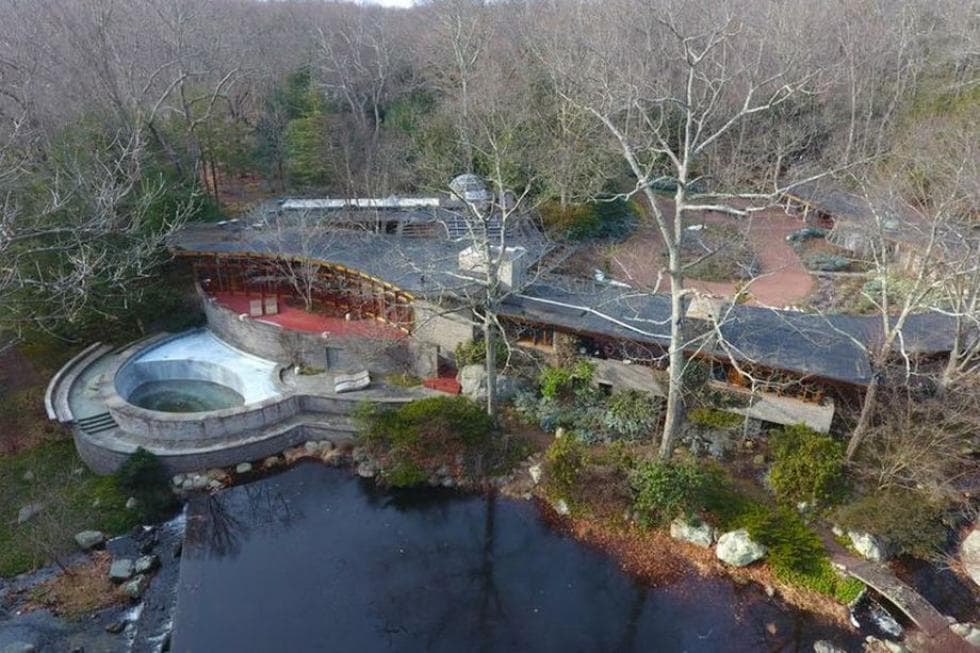 Frank Lloyd Wright, famed architect, has built many homes, churches, and buildings. Owning one of his homes, would be a dream for some. His Tirranna home, built in 1955 in New Canaan, CT, was recently put on the market. It's secluded in nature, surrounded by woods, a river, and waterfall.

Frank Lloyd Wright is known as one of America’s greatest architects of all time. During his 70 year career, he has created numerous houses, offices, churches, schools, hotels, museums, and skyscrapers, most of which still exist today.

Owning one of his homes or buildings would be like owning a piece of history. One of his homes, Tirranna, a Native American word for running water, was recently put on the market and sold in 2018. If you’ve always dreamt of seeing inside one of Wright’s works of art, look no further. Let’s take a peek inside Tirranna.

Originally built in 1955 in New Canaan, Connecticut, Tirranna is nestled on 15 acres of land surrounded by woods, the Noroton River, and a waterfall. This 7,000 square foot mid-century home boasts 7 bedrooms, 9 bathrooms, a rooftop observatory complete with a telescope, caretakers suite, guest studio, and master suite with his and hers bathrooms.

Wright was known to play around with geometric shapes, so it’s not surprising that this house is horseshoe-shaped with an indoor terrarium at the center. He also liked to provide his clients with a home that would nourish their lives with an environment that was functional, eloquent, and humane.

Overlooking the river and waterfall, you will find an inground pool and patio that is perfect for relaxing and taking in all that this home has to offer. Inside the home, glass walls offer natural lighting and panoramic forest views. While walking the grounds to the tennis courts, barn, or sculpture paths, you will find many flora and fauna, as well as a cute little bridge that will take you over the river.

What I find most intriguing about this home, is that although it is filled with wood, it is not overdone. How it’s designed is perfectly reflected by the large windows, skylights, stone accents, and wood-beamed ceilings that bring everything together. There are also hints of color, with red-tiled flooring, reddish-orange painted walls, and gold-leaf chimneys. You can really tell how this home was designed with care and with the natural world outside in mind.

Before being put on the market, Tirranna’s most recent owner was memorabilia mogul and philanthropist Ted Stanley and his wife, who purchased the home for $100,000 in 1999. Stanley was able to restore the home to its original design and former glory as many items in the home, originally designed by Wright, had been sold.

He was able to replace them with reproductions and restore the gardens and plants that had been neglected. When Stanley and his wife died in 2017, their son listed the home with proceeds from the sale being donated to charity. The home was sold in 2018 for $4.8 million. 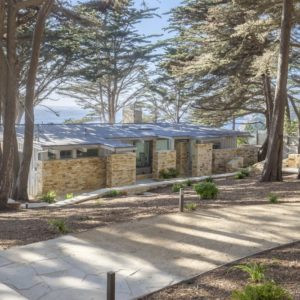 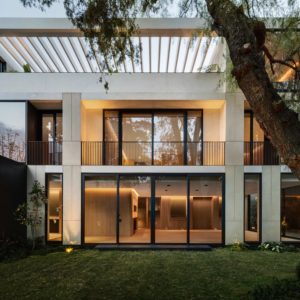