After living in his Beverly Hills Mansion for 36 years with his wife, Shannon Tweed, Gene Simmons is selling it for a listed price of $22 million. Find out about this mansion and learn some things you may not know about the icon of Rock and Roll and Heavy Metal. 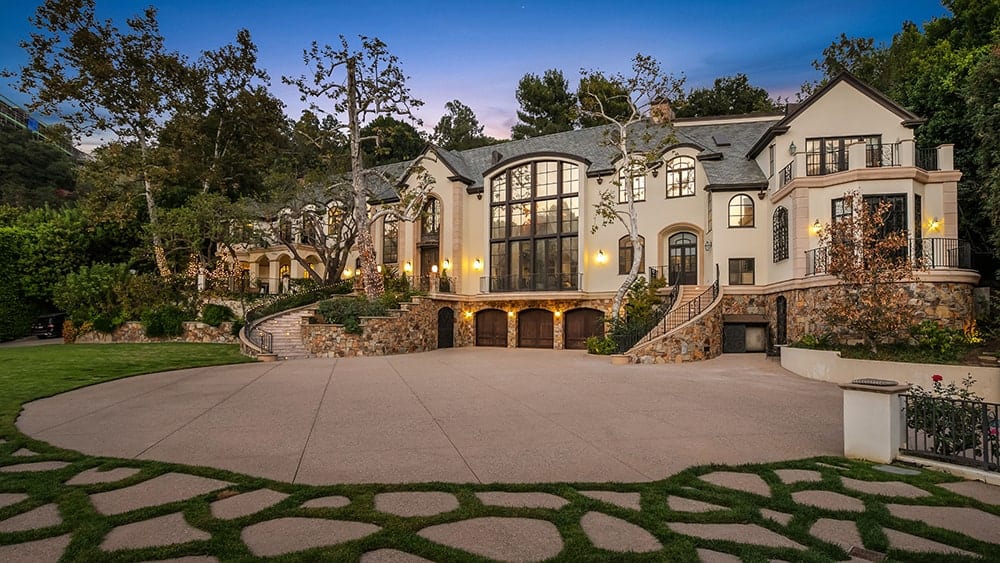 KISS’ frontman and bassist icon Gene Simmons is well known throughout the world. After living in his 16,000 square foot family mansion in Beverly Hills, CA, with his wife, Shannon Tweed, they are deciding to part ways with their family home at its listed price of $22 million.

The mansion has three stories with seven bedrooms, nine baths. The home sits on two acres gated with a private fence. Across the property, they have a winding drive, a motor court with 35 spots for parking cars, a tennis court, a spa, and a vast pool that has a 60-foot water slide to accommodate it. Inside the home, they have a massive foyer, a mezzanine, a winding balcony, fireplaces, a glass-domed ceiling, and coffered ceilings.

Simmons recently put up his Laurel Canyon rental home on the market, and now his goal is to sell the house in which he and his family resided. Everyone became familiar with the Simmons’ mansion from the reality TV show Gene Simmons Family Jewels. In 1984, Shannon Tweed purchased the home and property for $1.34 million.

Back then, it only had a rustic ranch house. They invested $12 million, and within five years, they constructed the perfect mansion where they raised their family and resided. Their goal is to move to Washington, known as a tax-free income state, and live in a 24-acre estate.

Since this is the home that we all saw on television, it is interesting how the Simmons family took something from nothing to make it what it is today. It was a complete makeover. Everything from the outside to the inside is breathtaking and beautiful. The home is spacious and the epitome of luxury. It is a home you can say has everything needed and even more on what you want. Having a home where you have to drive to the tennis court and can enjoy a morning hike to get to the swimming pool would be a taste of paradise.

Gene Simmons is highly noted for being the co-founder of the Heavy Metal band KISS. The band started in the 1970s and was inspired by comic book superheroes. After they became famous, they started their cartoon and carried on with many adventures. There was nothing like it on stage, and the performances awed the crowds with the theatrics. There were flames, spitting fire, blood, and face paint with costumes that most would only see around Halloween.

Since they debuted their first album in the early 70s, KISS has sold over 80 million copies of their prized work. Simmons played many roles in shows and movies over the years. Most people did not know that he is a brilliant entrepreneur with a keen business mind before he debuted in his reality show filmed inside the family mansion being sold.

Josh and Matt Altman of Douglas Elliman are brothers in Beverly Hills with the mansion listed on the Real Estate Market.