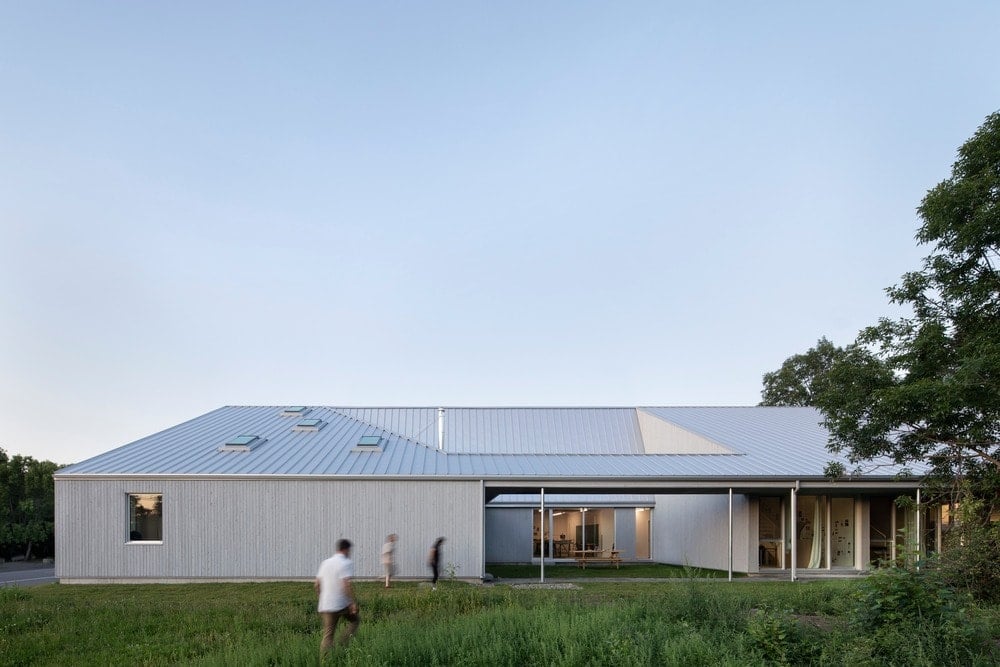 During the last three decades, the quiet village of Saint-Jean-Port-Joli known for its longstanding woodcarving tradition has been a rallying point for artists from various locations around the world. What started as a series of casual encounters in the early 1990s gradually turned into an artist-in-residence program, open to artists looking for inspiration along the St. Lawrence River.

Confined to makeshift facilities until 2018, Centre Est-Nord-Est now boasts a brand new building designed by Québec City’s Bourgeois / Lechasseur architectes. The 951-square-meter structure, which stands on the outskirts of the village, is the result of an architectural competition launched in 2017. After years of preparation and fundraising, the long-awaited Centre Est-Nord-Est sits elegantly on the same site as the building it replaced.

As was obvious from their competition entry, Olivier Bourgeois and Régis Lechasseur who both grew up in relatively remote locations were able to blend their intimate knowledge of Québec’s rural landscapes with their modern-day vision. The long monolithic volume reminiscent of traditional barns evolved quite naturally from their ability to marry tradition and contemporary architecture.

ENE’s front entrance is off the main highway, delicately inserted in the narrow wood-lined façade. Once passed the door, a surprisingly exuberant double-height volume awaits visitors, staff and residents alike. This multifunctional space, the true heart of the project, serves as a meeting point, lounge, exhibition area, community kitchen, and dining room. One accesses a quieter library zone via a voluptuously curved spiral staircase. Carefully framed skylights are carved out of the sloping ceiling, flooding the upper level with natural light while the main floor is mostly lit through large openings giving to an adjacent court.

The residents’ combined work and living quarters are located towards the back of the building. Key to the concept was the design of five identical, yet flexible, live-in studios with sleeping mezzanines. As floor requirements vary widely from one discipline to another, the expandable workspace was planned to be highly flexible and adaptable to individual pursuits whether sculpture, performance art, photography or others. Individual studios are reached through a central corridor, which isolates them from the livelier public areas towards the front. Three shared workshops (wood, metal, and assembly) are also located along the corridor.

Locally harvested white cedar was used for the exterior cladding while sheet metal protects the huge sloping roofs, reminders of farm buildings in rural Québec. Given the institution’s modest budget ($2.3 million CAD), interior finishes are mostly plywood, gypsum boards, and polished concrete. Acoustically treated gypsum panels were installed on some of the angled ceilings to keep sound reverberation to a minimum.

As they designed this unique artistic abode, the architects looked for simple, inventive solutions in order to create the best possible environment for artists. Olivier Bourgeois was not new to the challenge. In 2006, still a student, his final thesis project had been an artists’ residence in the Magdalen Islands. The project caught the eye of architect Todd Saunders just as he was starting to work on his famous Fogo Island hotel and artistic complex. It led to Bourgeois being invited to join Saunders’ team in Bergen, Norway, where he worked on the artists’ studios. In St-Jean-Port-Joli, as in the Newfoundland, Bourgeois / Lechasseur architectes gave considerable thought to natural light and to material conditions conducive to reflection, quiet stimulation, and experimentation.

The region’s artistic community and the village of Saint-Jean-Port-Joli, in particular, were given a true surge of vitality with the recent inauguration of Centre Est-Nord-Est. With its timeless image, the vibrant new facility can now easily compete with the most desirable institutions of this type in today’s art world. 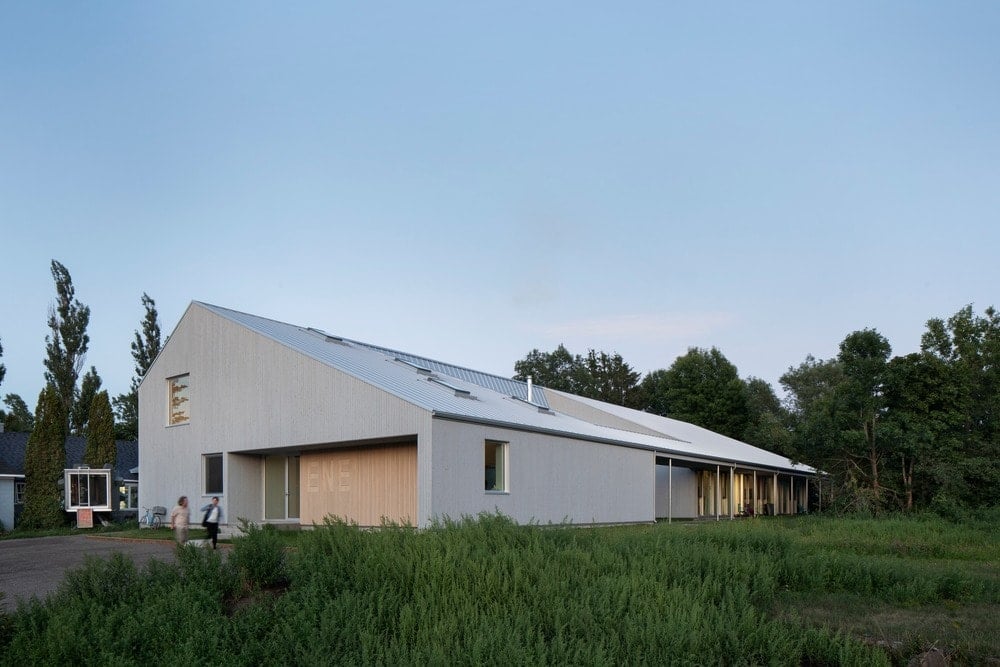 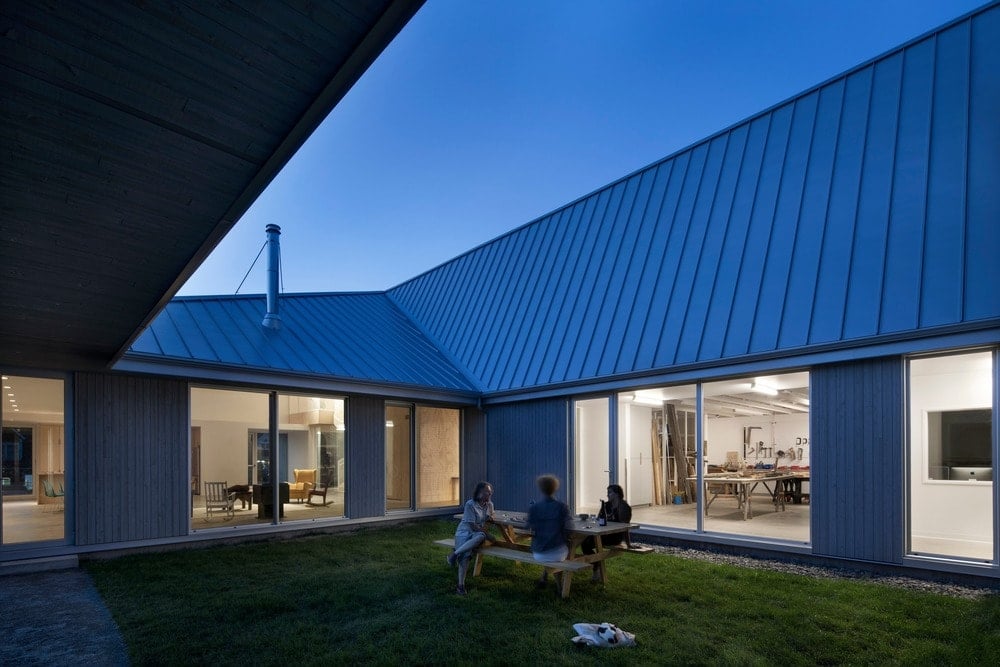 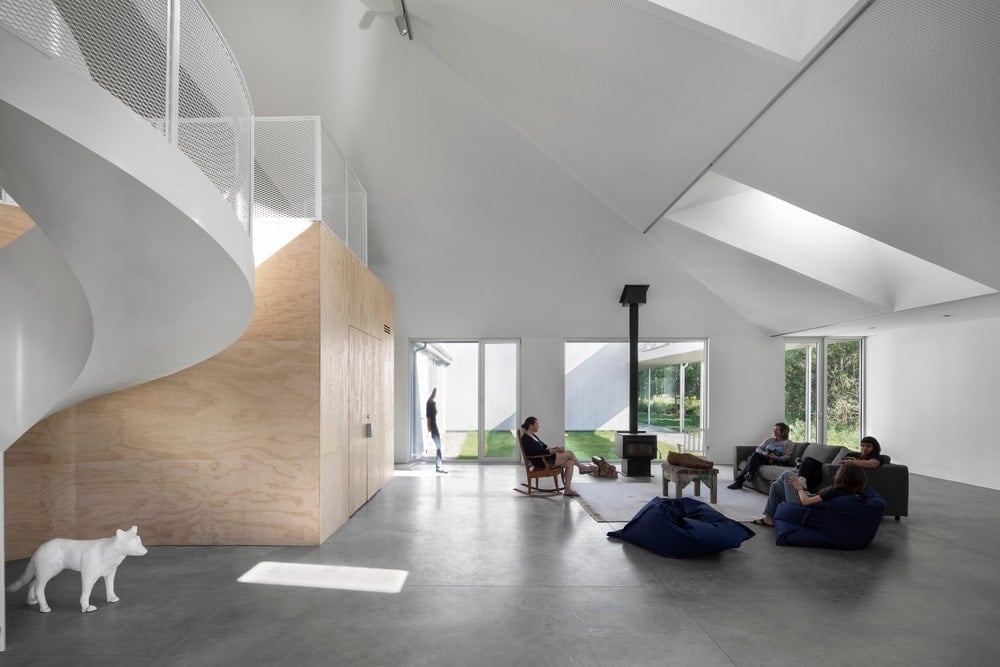 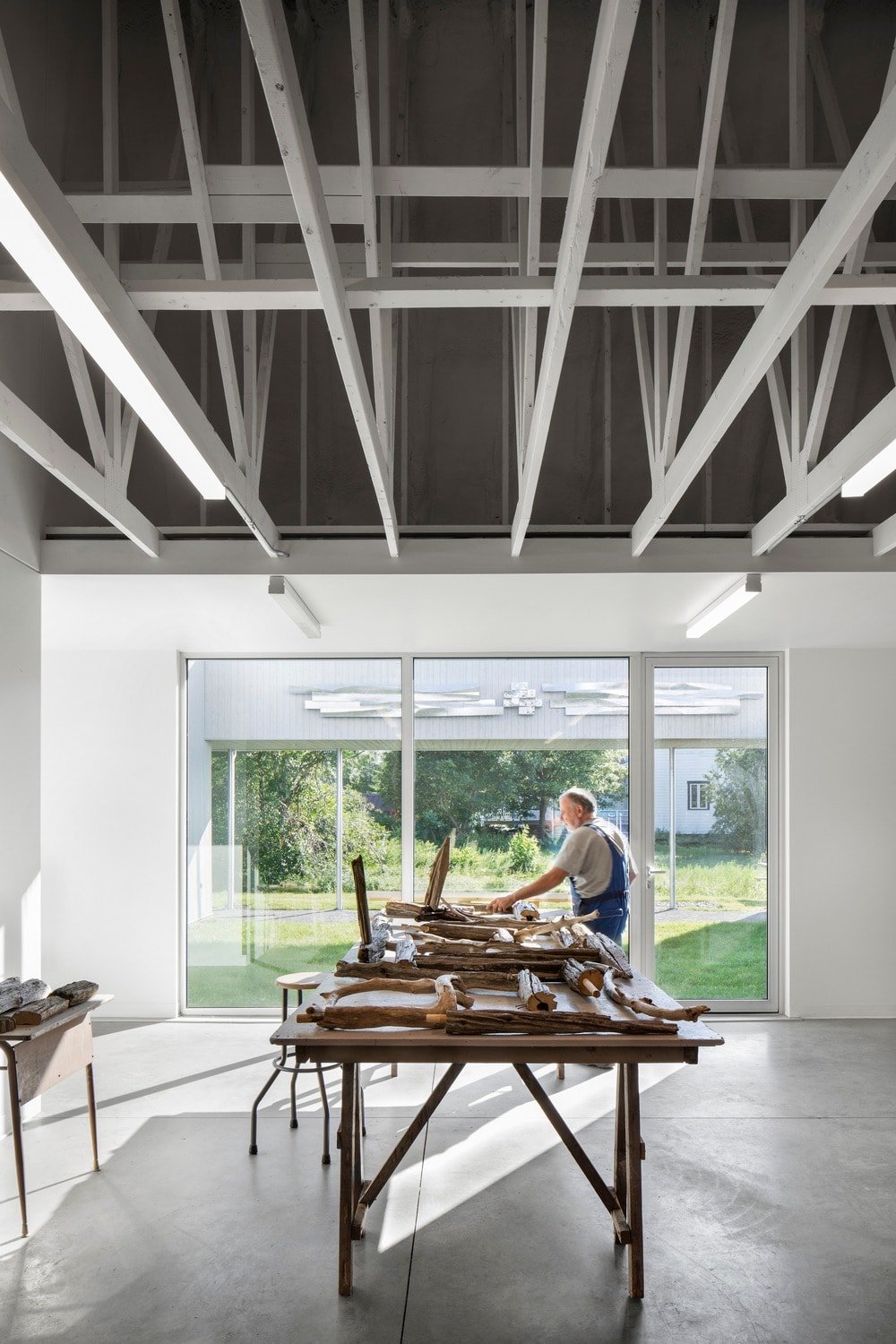 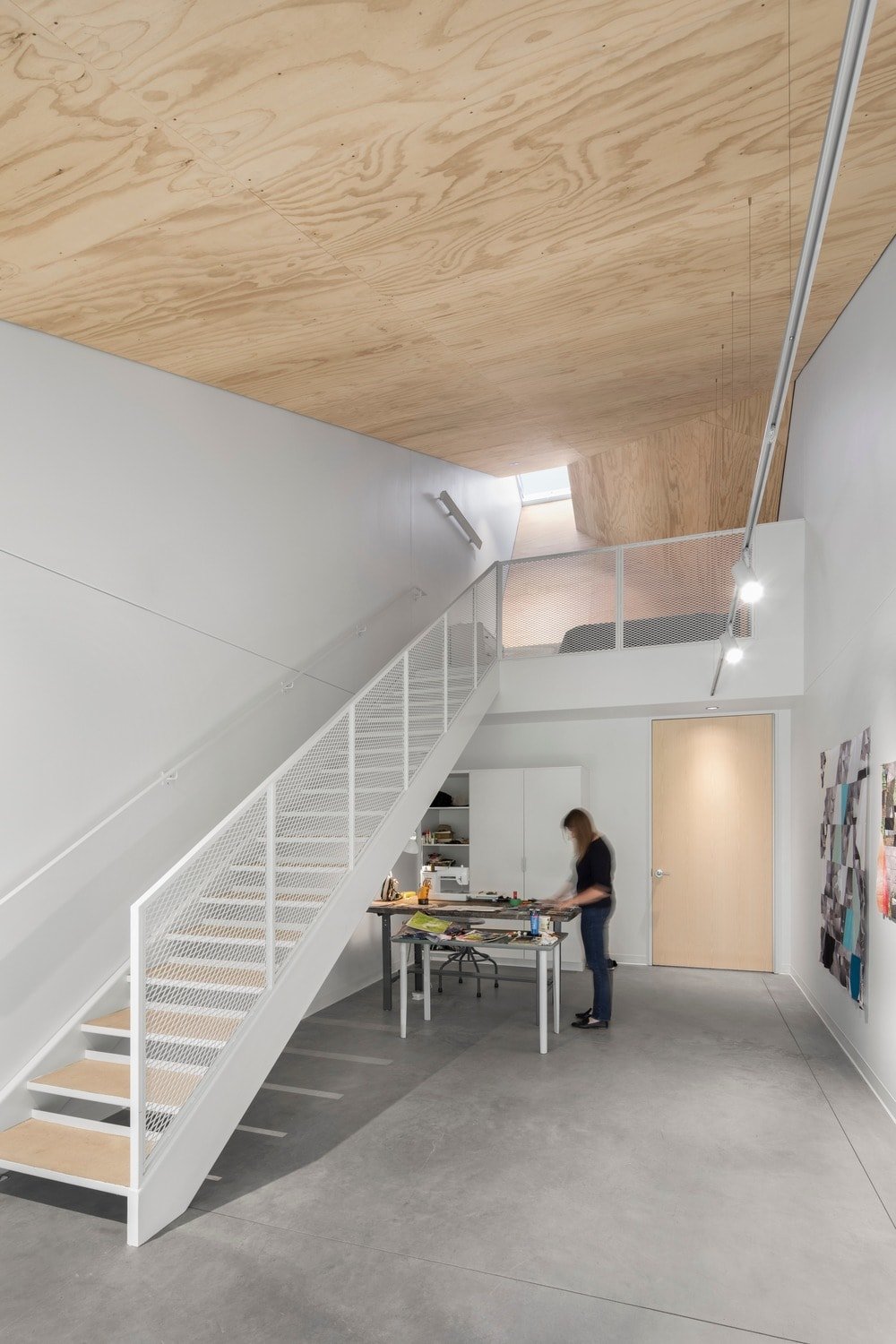 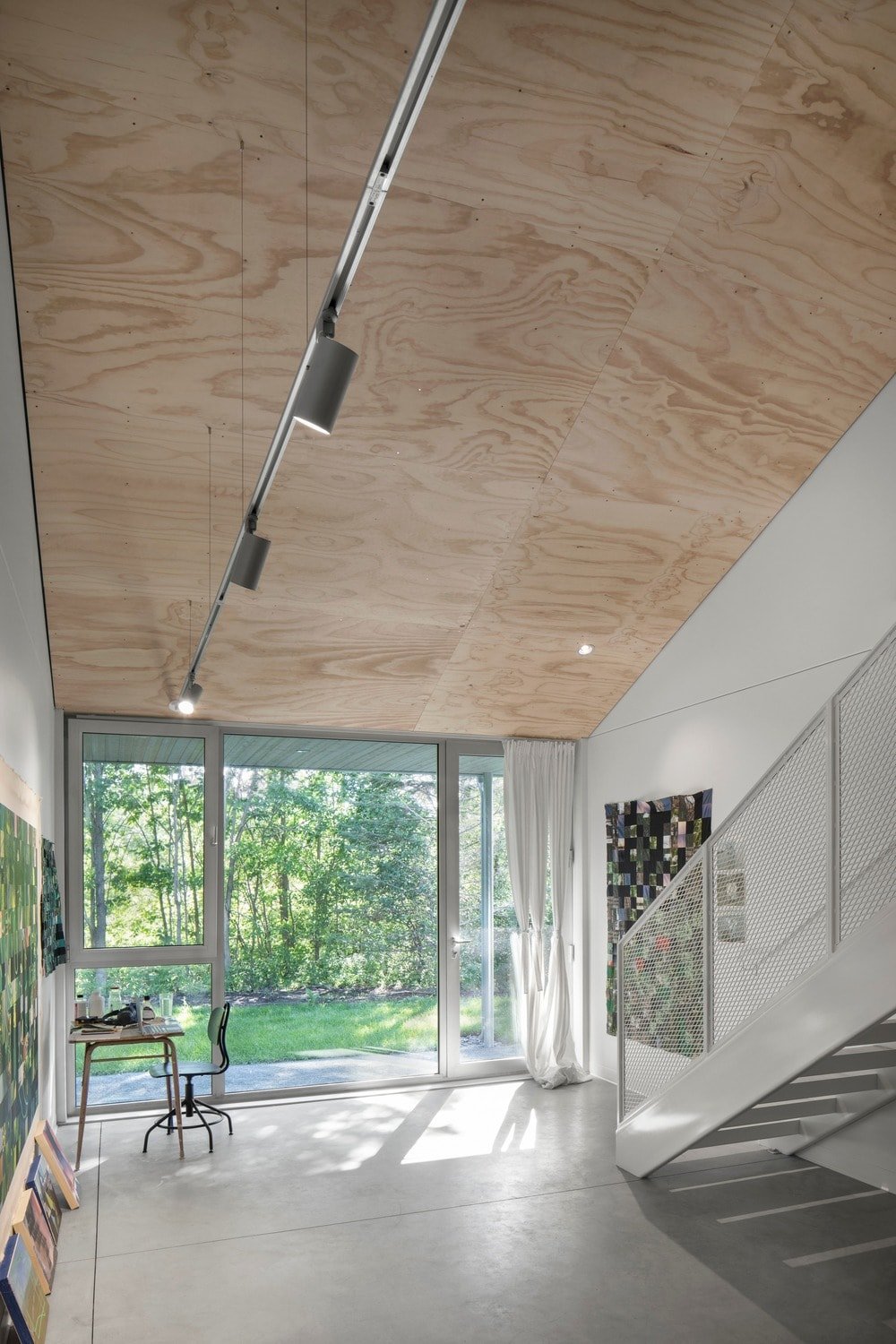 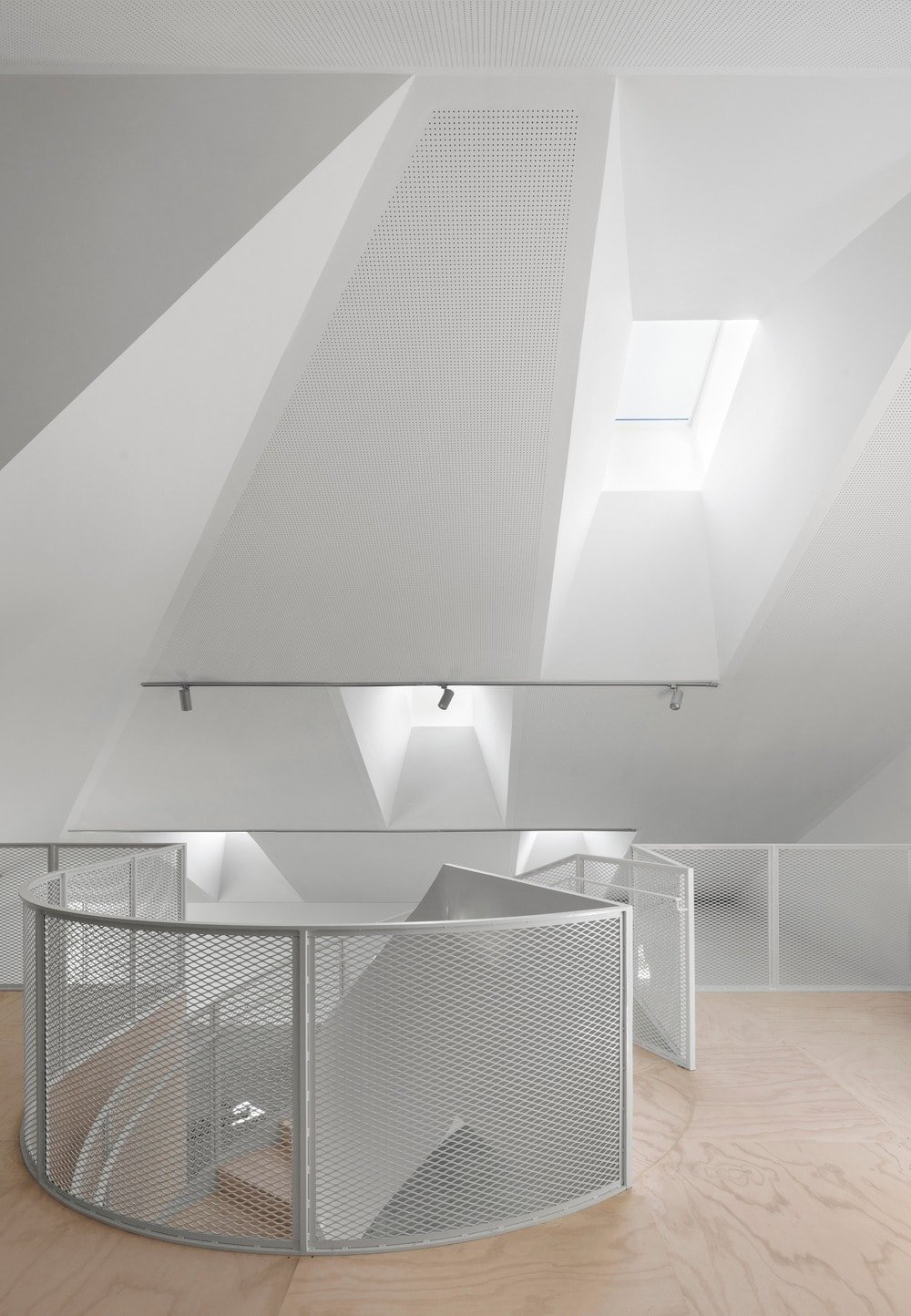 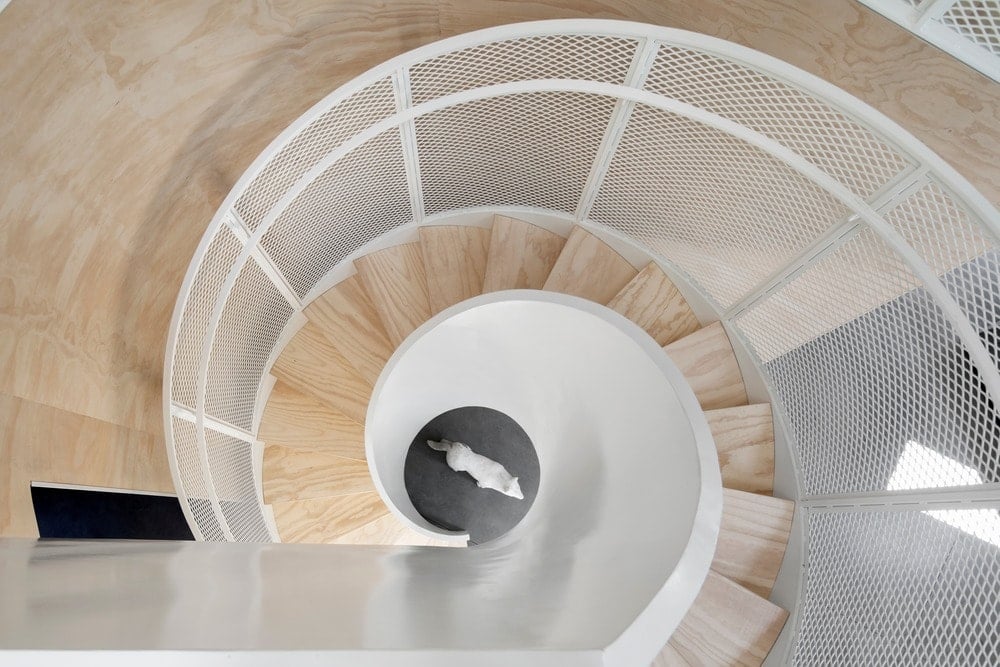 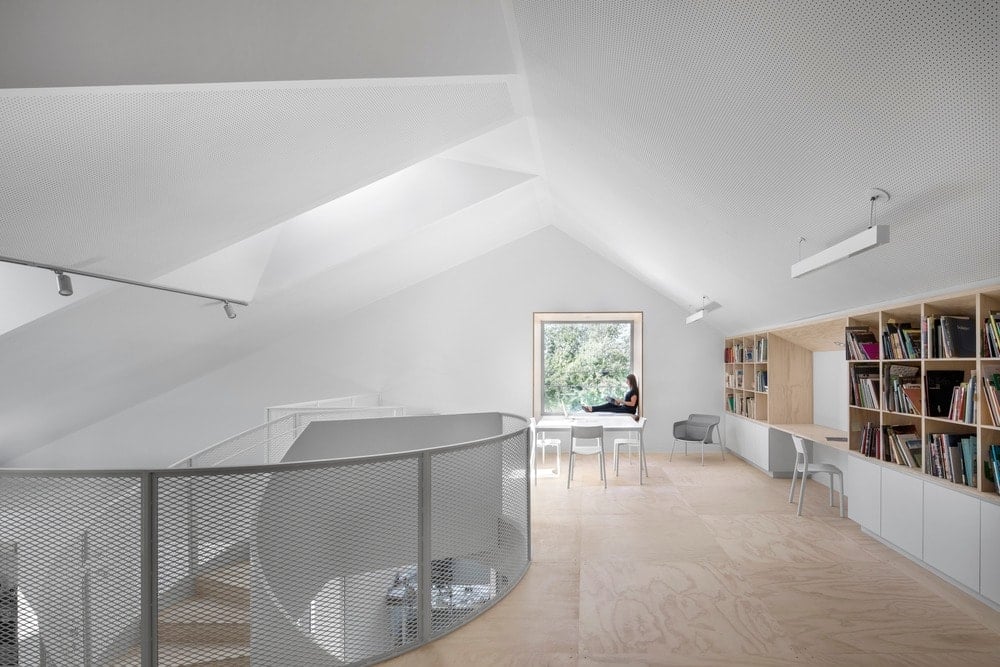 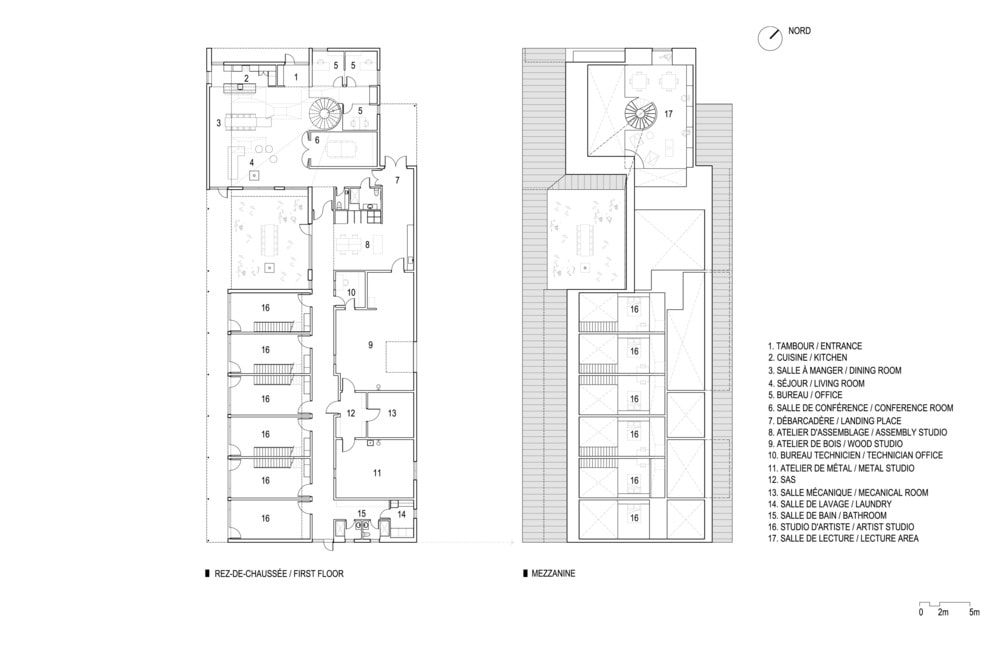 Ever since it was founded in 2011, the Québec firm Bourgeois / Lechasseur architectes has been attracting attention to its carefully crafted, public and private commissions. The architects’ fascination for Québec’s majestic landscapes, and for the rugged shores of the Magdalen Islands, have led them to constantly search for innovative solutions while never losing sight of their roots.

In 2011, London’s Wallpaper magazine ranked its budding firm among the Top 20 World Emerging Architectural Practice. Since then, they have been published widely and some of their projects were awarded major distinctions. In 2017, they received an Award of Excellence from the Ordre des architectes du Québec (OAQ) for Place des Gens de mer, a seaside public square built in the Magdalen Islands.

Bourgeois / Lechasseur architectes are currently collaborating closely with developers building in Charlevoix, one of Québec’s most attractive tourist destinations. Their unusual Domes Charlevoix project, completed in 2018, illustrates their inventiveness and their versatility.