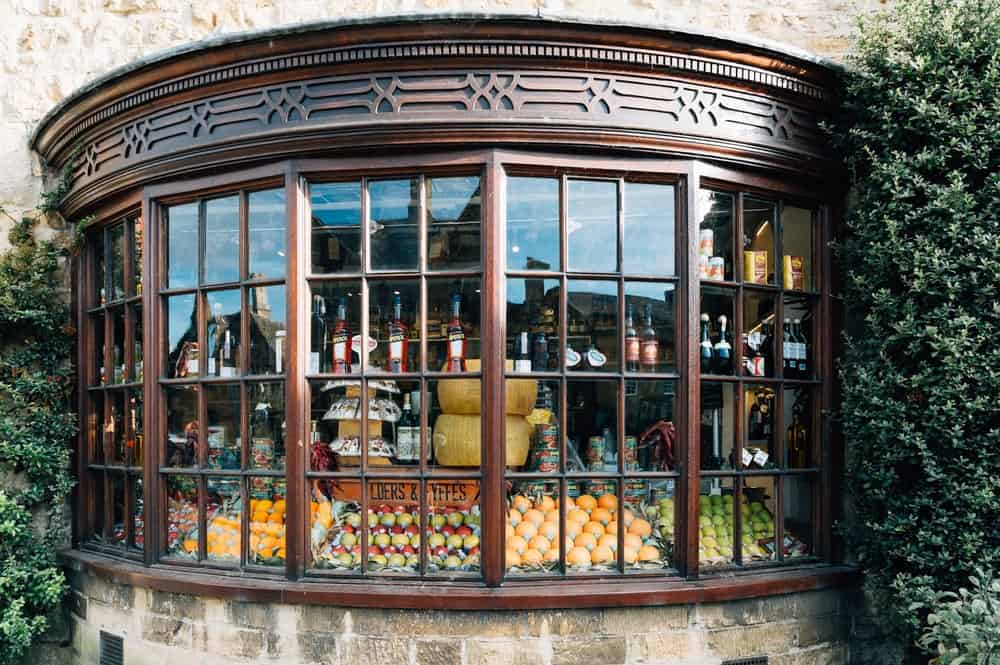 Let us show you the unique look of bow windows, the benefits of using it, the comparison with bay windows, how to repair them and is it the right choice for your home.

Any house that has bow windows, or even just one, immediately draws attention and gets noticed. You’ve definitely swiveled your head to look at a bow window before, even if you didn’t know the name of what you were looking at.

Bow windows are an amazing architectural element that also serves a really practical purpose. They may just be the perfect answer for your home. When you know more about this style of window, you’ll know whether or not a bow window is right for your property.

What is a Bow Window?

You may not know what a bow window is right offhand, but you can definitely recognize a bay window. These are large, wide windows that are typically in the front of the house. They can be square-shaped or rectangular.

They may have multiple panes of glass or one big pane. They might be arched and they may even have smaller windows next to them. But all bay windows have one thing in common: they’re flat. That’s the difference between a bay window and a bow window.

Bow windows, to put it simply, bow outward. They curve out from the home into the outside world, creating a distinct look. It’s an amazing architectural feature that immediately adds character and distinction to any building.

And even if you didn’t know what the window was called, it’s a look you’ve most likely seen before. You can clearly see the stylistic appeal of bow windows, but there’s a lot more to this particular type of window than that. What is a bow window? It’s all in how the window is put together.

Because they’re made to curve out, bow windows cannot be made from a single pane of glass. In most designs, bow windows have four to six windows. Bow windows are seen often in Victorian architecture, but this design looks great in modern homes, too.

Bow window designs date to at least the 1700s. Archaeologists uncovered the remnants of a bow window at George Washington’s residence in Philadelphia. Today, the White House has a curving bow window behind the famous Resolute Desk in the Oval Office. 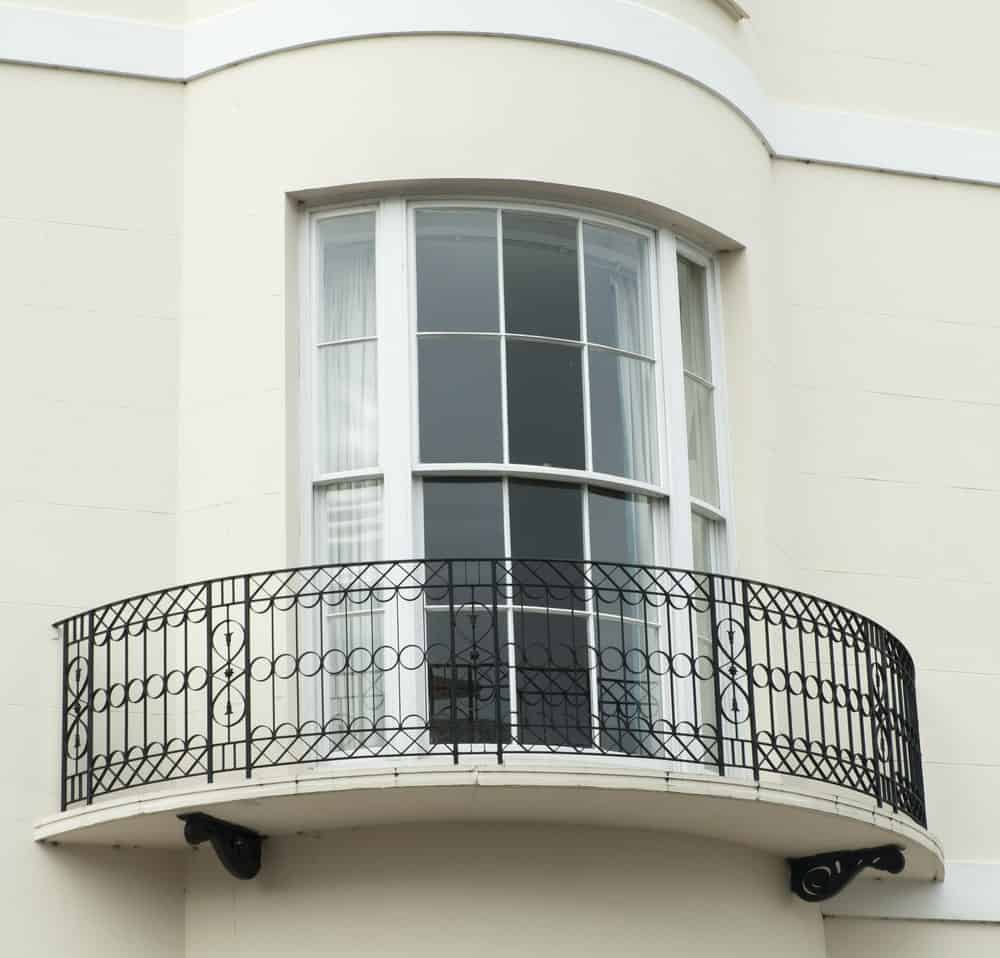 Bow windows typically range in size from about four to 13 feet wide. They are usually made with fixed panes that do not move. Bay windows are usually flat and often made with a single large window, though some designs are made with multiple windows. Bay windows may not be fixed and in many designs can be opened and closed.

Both types of windows let in a great deal of light and both types can be equally energy-efficient. The real difference between bay windows and bow windows in style. But because of the way bow windows are designed, there’s an additional feature that comes just with choosing this type of window: more space.

Because bow windows stick outward from the house, they create more room inside. Unlike flat bay windows, bow windows actually add to space in the room. They also create a perfect spot to put a window seat, storage bench, or both. This can be a wonderful decorative area or a practical spot to add more seating. That’s a pretty big feature, and why many people opt to pay more for bow windows rather than standard bay window designs.

How Much Does a Bow Window Cost?

On average, a bow window will cost two to three times more than a standard, the flat bay window of approximately the same size. That’s because a bow window is actually made up of several windows that must be fit together perfectly in a curving design.

You may pay thousands to have a bow window installed, including the cost of all the materials, depending on the size of your window opening. It is far more affordable to opt for a standard bay window instead. Just remember that a flat bay window won’t add any space to the interior of your home.

Can You Open a Bow Window? 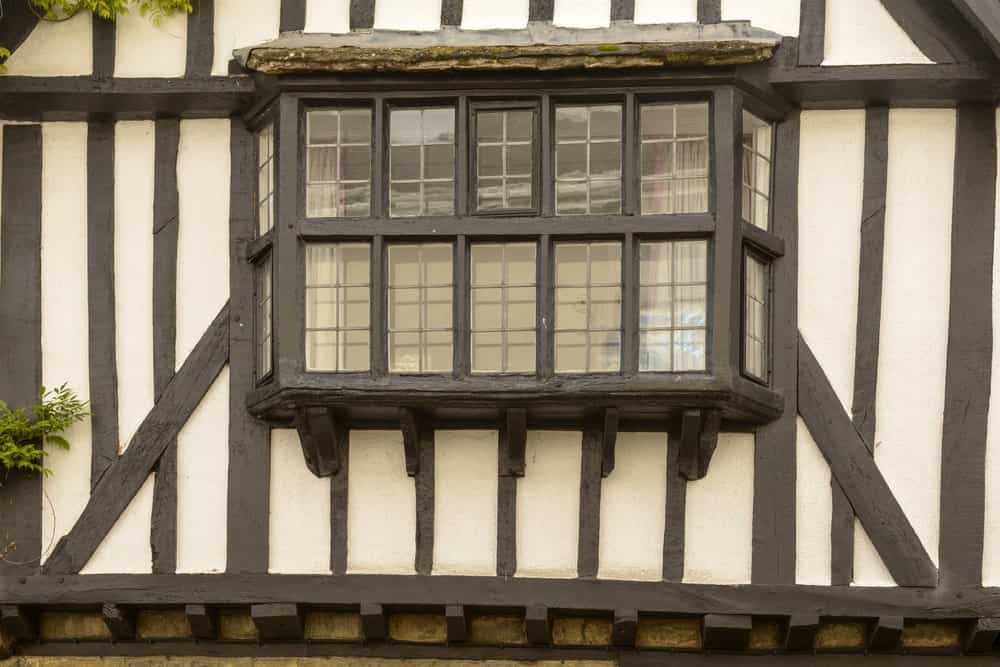 Bow windows do look amazing and they do create additional space in any room. They add distinction to the outside of the house. They’re a great focal point. But in most designs, they don’t open.

Bow window designs that are created with windows that can be opened usually cost more and may not fit together as beautifully and seamlessly as non-opening bow window designs. Bow windows may have more standard windows on either side of them. Accent windows like this usually are made to be opened and closed. Bow windows, however, are almost always fixed.

Can You Repair a Bow Window?

Over time, bow windows that are not properly supported may end up sagging. However, this kind of damage can be repaired. In fact, it’s a repair you can do yourself. Add support brackets and a support cable and you can solve this problem. For repairs such as replacing broken glass, you will need to call a professional.

In some cases, bow windows can be easier to repair than bay windows because bow windows are actually made up of multiple windows that can be replaced individually. Most of the time, the cost of repairing a bow window will not be that much greater than repairing a flat bay window, unless the entire window has to be replaced.

Is a Bow Window Right For Your Home? 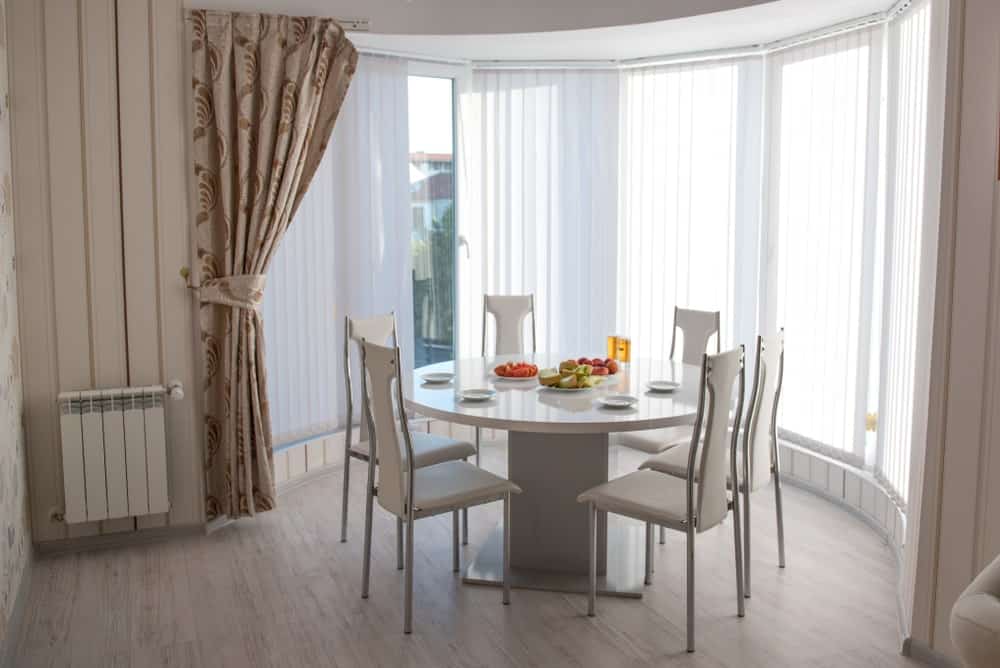 Bow windows are a great way to let a lot of light into your home. They create gorgeous architectural detail on the outside and additional space on the inside. They’re available in a huge variety of styles. And they’re definitely very attention-getting. Does all this mean that bow windows are the right choice for your home?

Bow windows look geat on historic architecture and on many other home designs, but this doesn’t mean they will work anywhere. Take a good look at your home before making any design decision and make sure it’s going to create the look you want.

Knowing more about your window options will help you make the right design decisions for your house. The more design knowledge you have, the better choices you can make.