Famous actor, stand-up comedian, dancer, singer, athlete, and author Bob Hope's amazing UFO-shaped house in the Movie Colony area of Palm Springs, California, is currently on the market for sale at the awesome price of a cool $25 million and features two pools, a spa, and so much more. 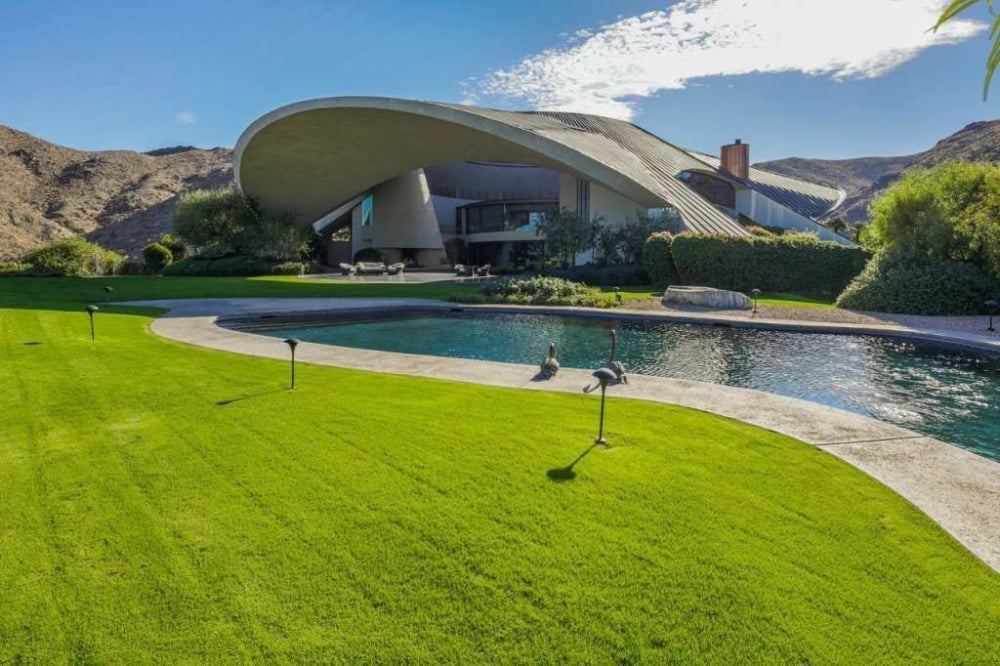 Born on May 29, 1903, with the birth name of Leslie Townes Hope, the famous British-American stand-up comedian Bob Hope was also a dancer, singer, actor, athlete, and author. His career spanned over an 80-year period and garnered him several awards and the opportunity to host the Academy Awards show a record 19 times. Many people know Bob Hope for his signature song, “Thanks for the Memory.” 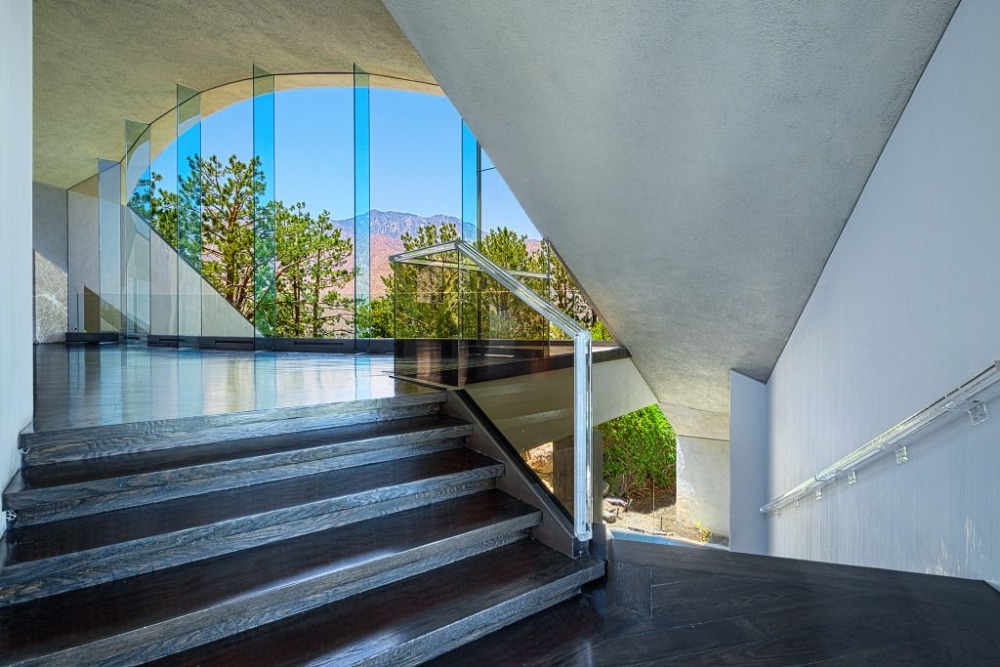 A look at the house’s staircase leading to the main hall. Image courtesy of Toptenrealestatedeals.com. 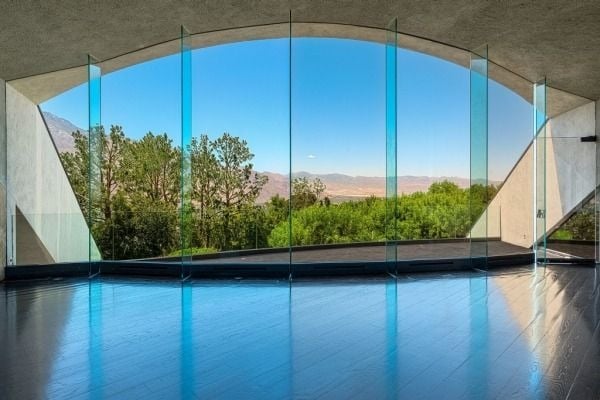 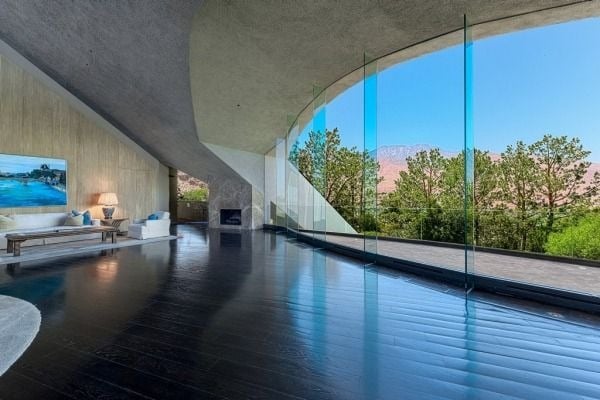 The open living space features a large flat-screen TV on the wall, along with a cozy sofa set and a fireplace on the side. Image courtesy of Toptenrealestatedeals.com. 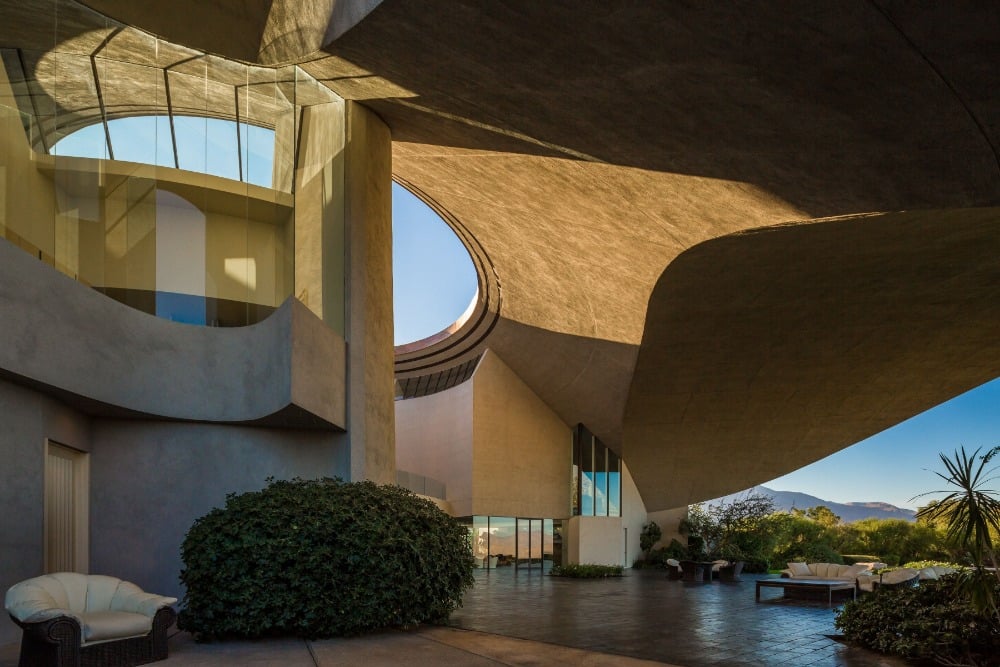 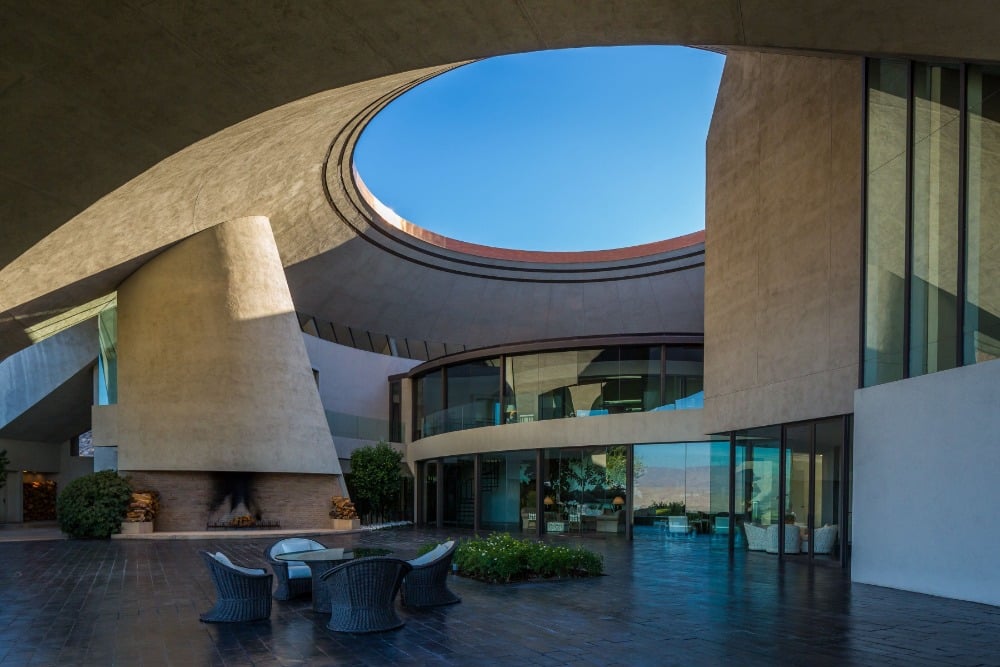 The home’s outdoor area is wide and has a table and chairs set near the open dome roof. Image courtesy of Toptenrealestatedeals.com. 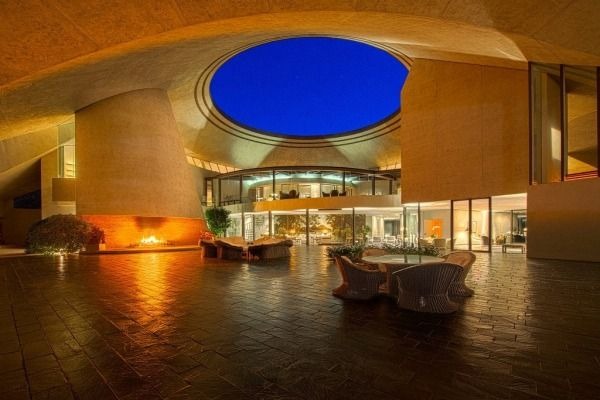 Here’s the outdoor area during the night with the fireplace being used on the side. Image courtesy of Toptenrealestatedeals.com. 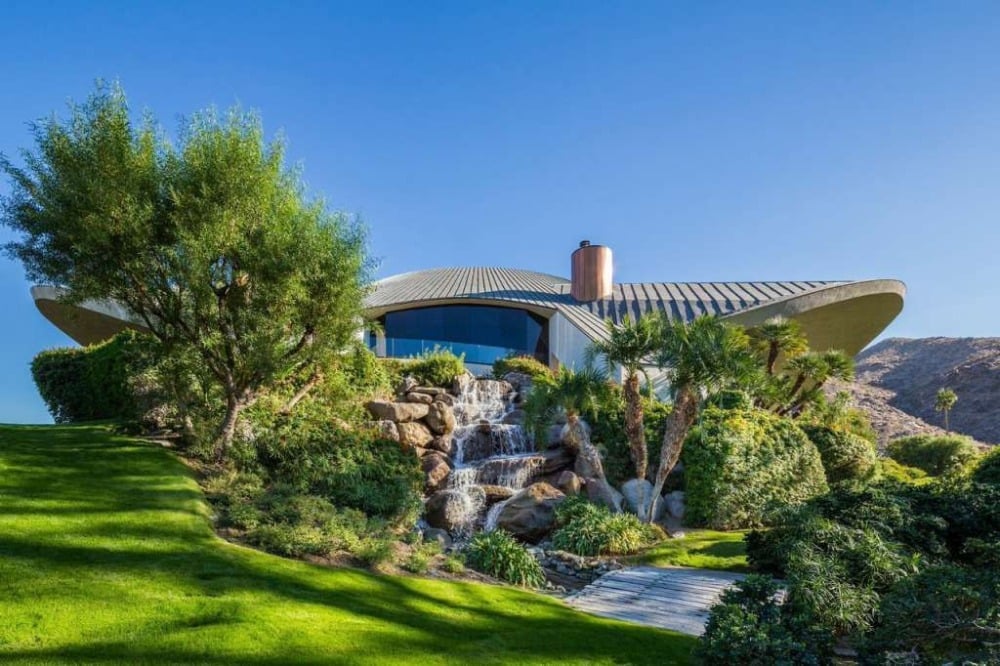 The house also has a waterfall and pond landscape design outside. Image courtesy of Toptenrealestatedeals.com. 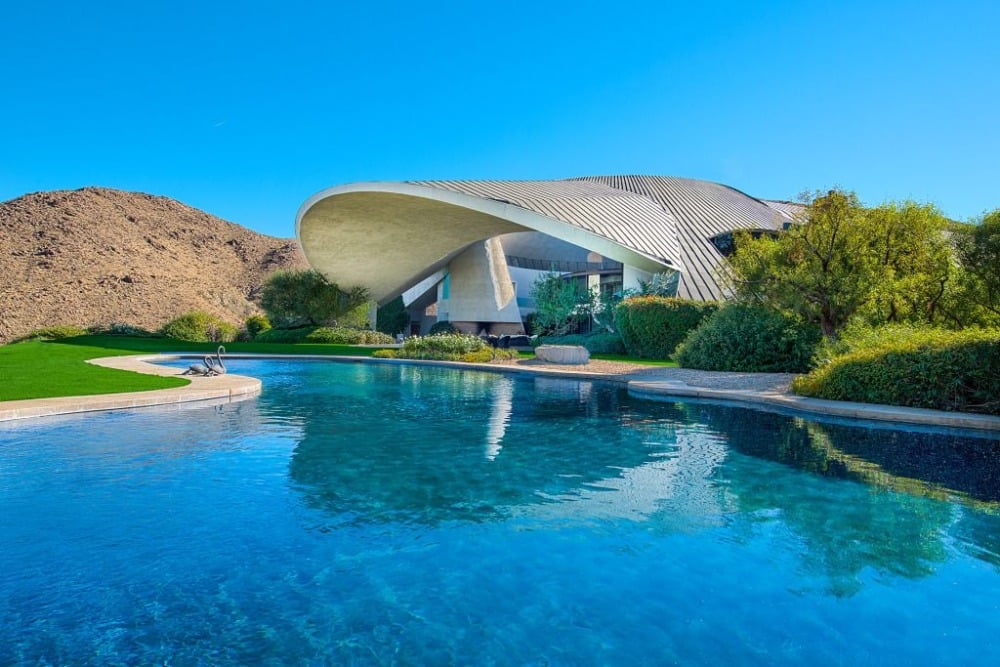 Bob Hope grew up in Cleveland, Ohio, started out as a boxer in the late period of the 1910s. His show business career was kicked off in the early 1920s when he first hit the stage as a comedian and participated in many shows on the vaudeville circuit as a dancer before heading to Broadway. He changed his name from Leslie to Bob in 1929, some say after the race car driver Bob Burman.

Bob Hope was married for a short time to his vaudeville partner Grace Louise Troxell whom he divorced in 1934. He later married Dolores DeFina Reade and they adopted four children together.

Since the early 1900s, Palm Springs, California, was a great attraction for the rich, including celebrities, and Bob and Dolores Hope were no exception. The neighborhood in which they settled was referred to as the Movie Colony since there were so many movie stars and other celebrities living there. The isolation from the media and the dry weather were two of the things that attracted famous people to the area.

In 1973, Bob and Dolores Hope garnered a deal with John Lautner to create their dream home in the famous neighborhood. Lautner designed a home that resembled a volcano or, as many refer to it, a UFO or spaceship. Since Dolores kept making changes to his architectural plan, Lautner refused to claim he designed it yet it was the largest house he ever designed as a private residence.

The UFO home as it is referred to is a whopping 23,000 square feet with high ceilings and plenty of open spaces in the walls and ceiling to allow for plenty of natural light in the daytime hours and the stars to shine in at nighttime. The curved windows show off amazing views of the gorgeous mountains and landscape.

The beautiful home features a spa area with a greenhouse wall, 13 bathrooms, and six bedrooms. It also offers the options of swimming indoors or outdoors since there is one of each type of pool on the property. A pond, tennis court, and putting greens round out the amazing list of features on this property that offer even more physical activity and fun.

Bob Hope died on July 27, 2003, and his amazing home and surrounding property were first listed for sale in 2013 at the whopping price of $50 million. The price was eventually reduced to $34 million and is currently on the market for a much lower price of $25 million. The price has remained at $25 million for the past year and the agents in charge are actively searching for the right buyer.