Anna Faris' house in the Hollywood Hills is awesome. Wait until you see the yard and pool. But don't ignore the gorgeous interior with huge windows, plenty of natural wood and a very clean, Scandinavian style design. 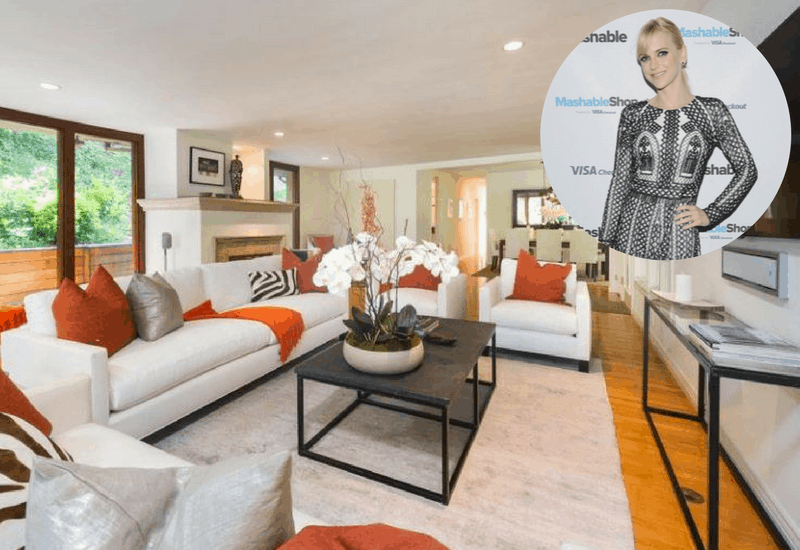 Comedy actress Anna Faris rose to fame in the horror-comedy parody film “Scary Movie” in 2000. She played the lead character of Cindy Campbell, based on Neve Campbell’s character in the slasher film “Scream.” This also happened to be Faris’ first starring role as she only appeared in small roles in theater plays and B-movies before. Faris reprised her role in the next three sequels “Scary Movie 2” (2001), “Scary Movie 3” (2003) and “Scary Movie 4” (2006).

Anna Faris received positive reviews for her comedic performance throughout her career and even considered by many publications as one of the “most talented comic actresses” of her generation. She was recognized as “the Cosmo’s Fun Fearless Female of the Year” in 2010 by Cosmopolitan magazine, described as “Hollywood’s most original comic actress” by The New Yorker.

The comedienne married twice, both ending in divorce. In 2004 Faris married actor Ben Indra and filed for divorce three years later. In 2009 she married actor Chris Pratt and divorced in 2017. Faris and Pratt have one son, Jack.

Anna Faris’ Hollywood Hills home in the lower part of Nichols Canyon was originally built in the 1950s and designed as a single-story ranch-style house. The 2,563-square-feet property with three bedrooms and 2.5 bathrooms stands on two parcels of hilly land. She purchased the house for $1.995 million in the late 2005 when she was still married to actor Ben Indra. She eventually shared it with her second ex-husband actor Chris Pratt.

Lagoon-like pool: The swimming pool perfectly blends with the green outdoors. Set in a backdrop of tropical gardens and surrounded by flagstone-paved patio, the sparkling pool looks lagoon-like and dreamy.

Private patio: The private patio is shaded by palms and has a view of the canyon. It also has a plenty of space for a fire pit and a Bocci ball court.

Check out the full photo gallery below of Anna Faris’ home. 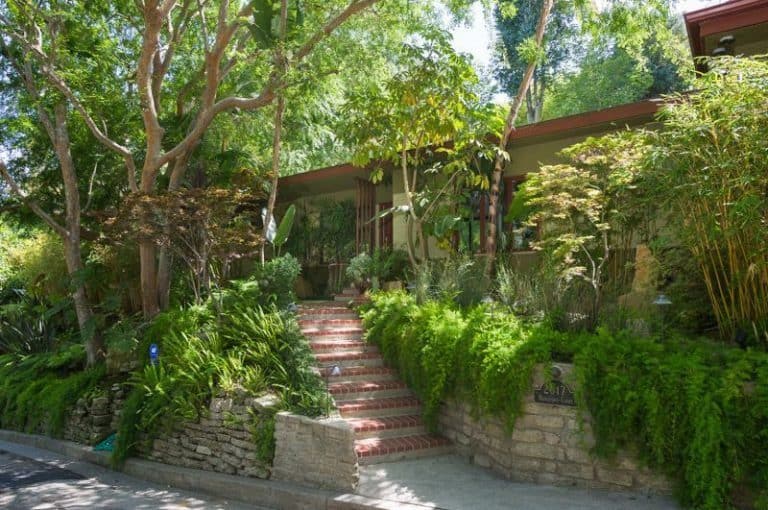 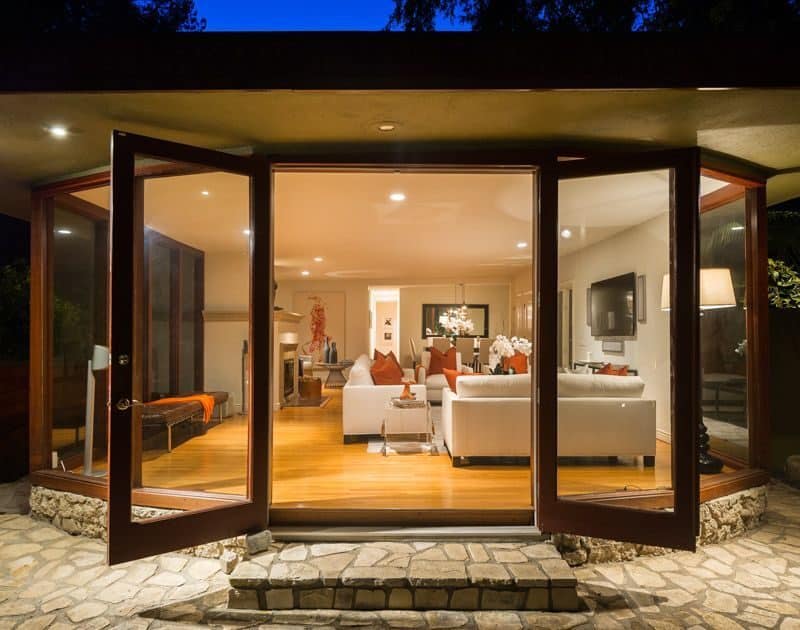 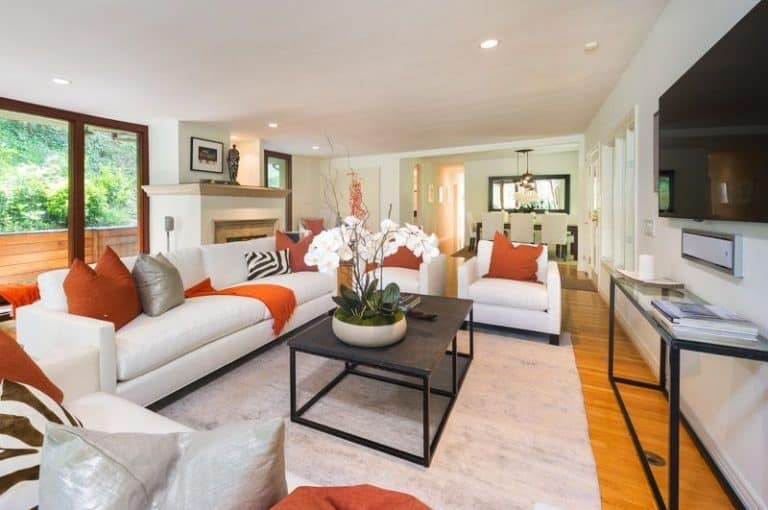 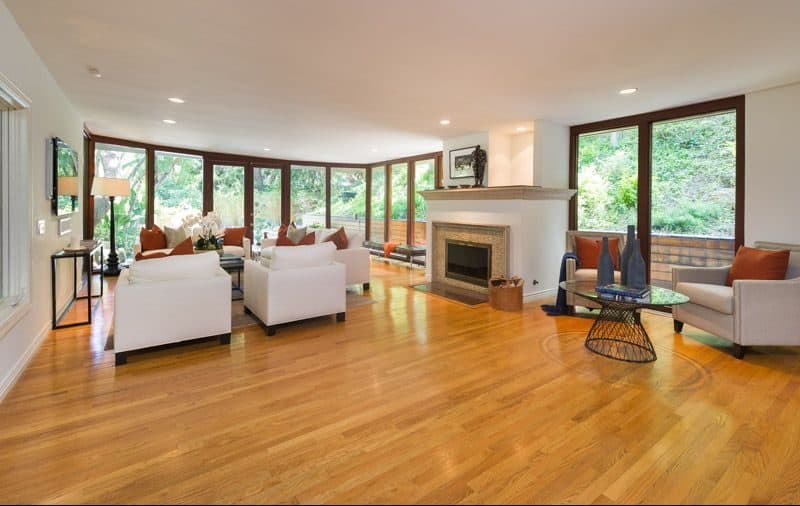 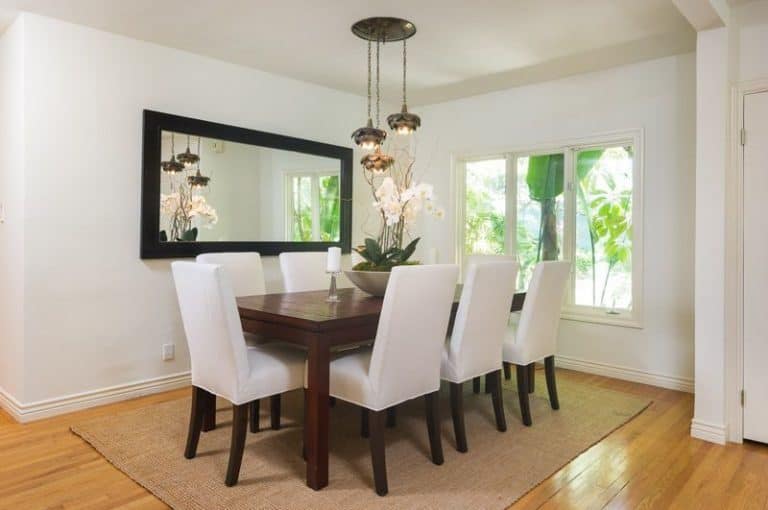 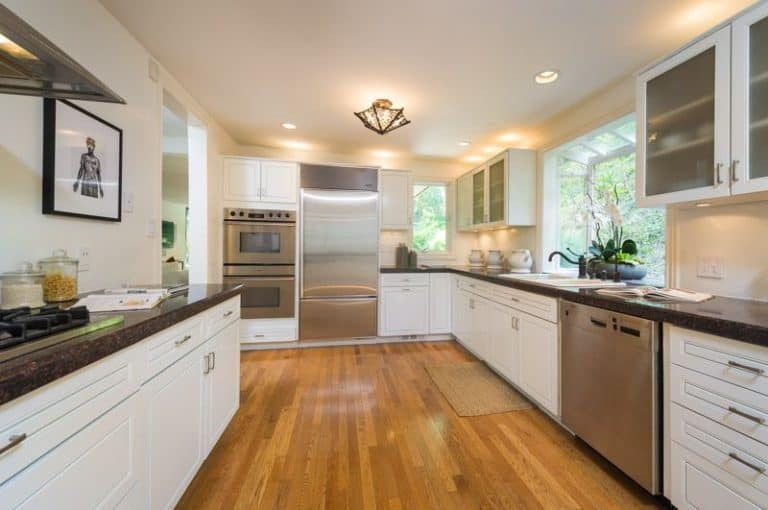 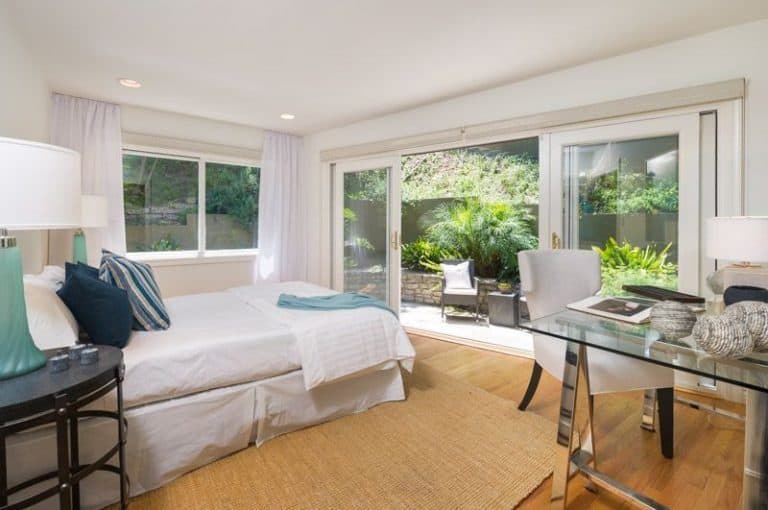 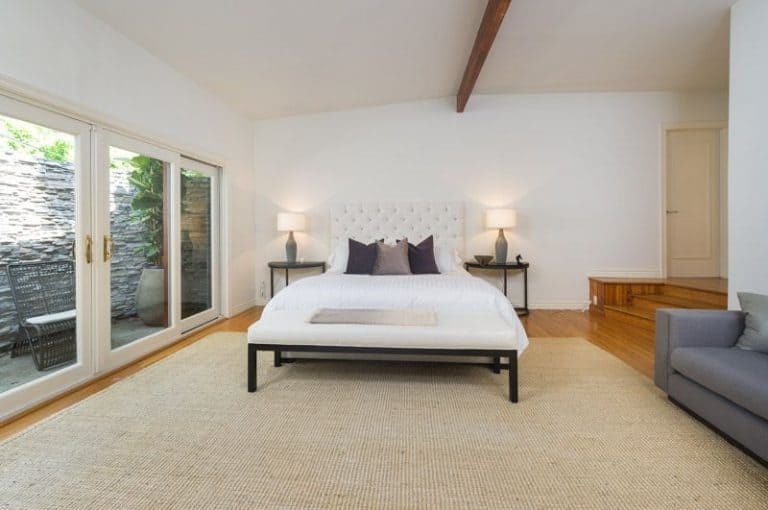 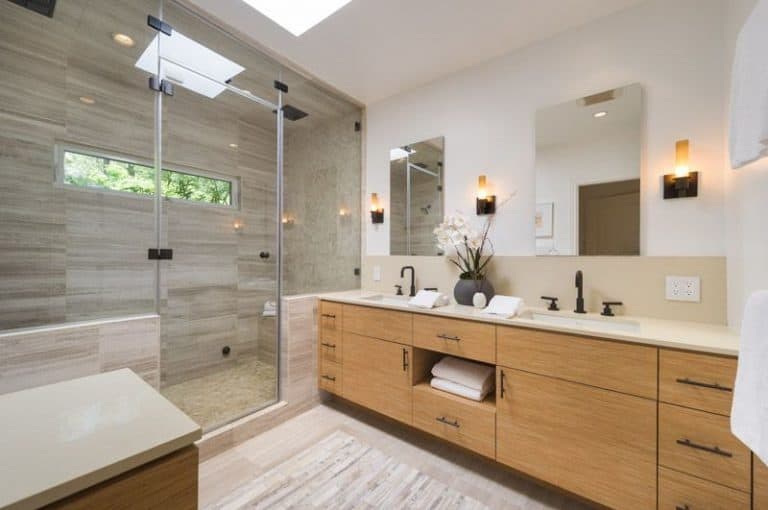 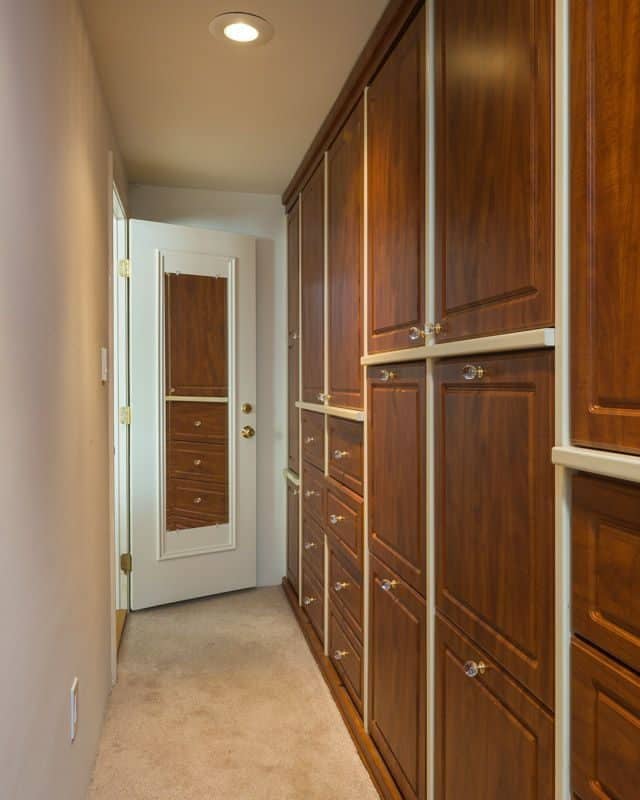 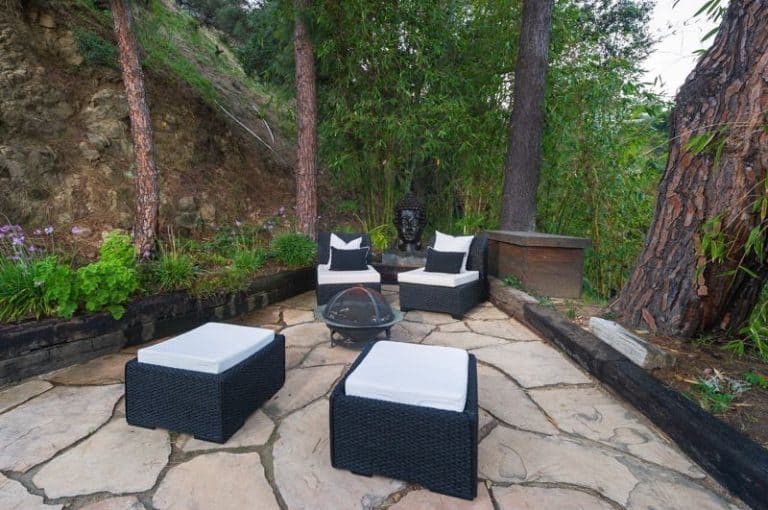 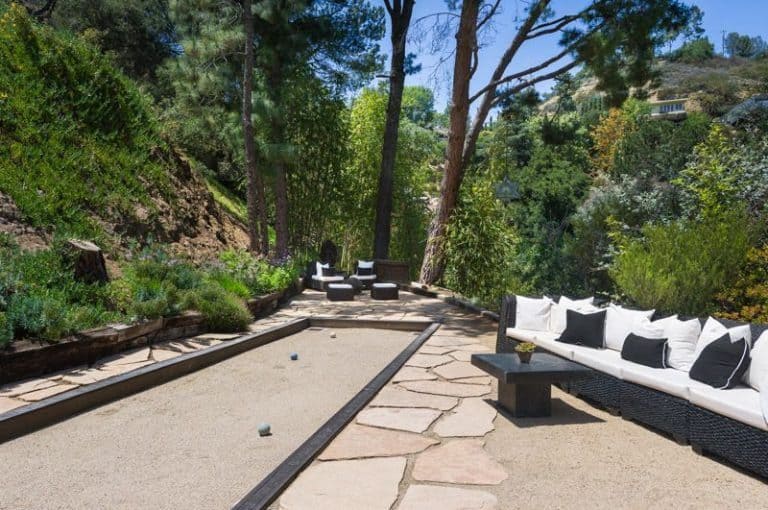 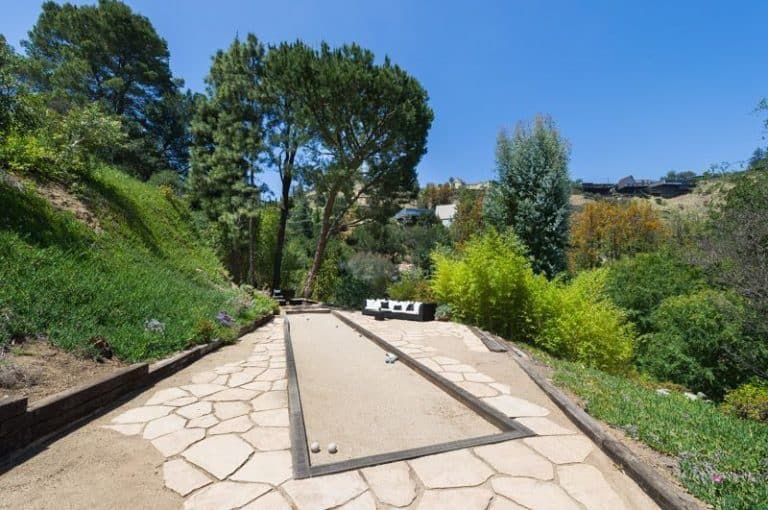 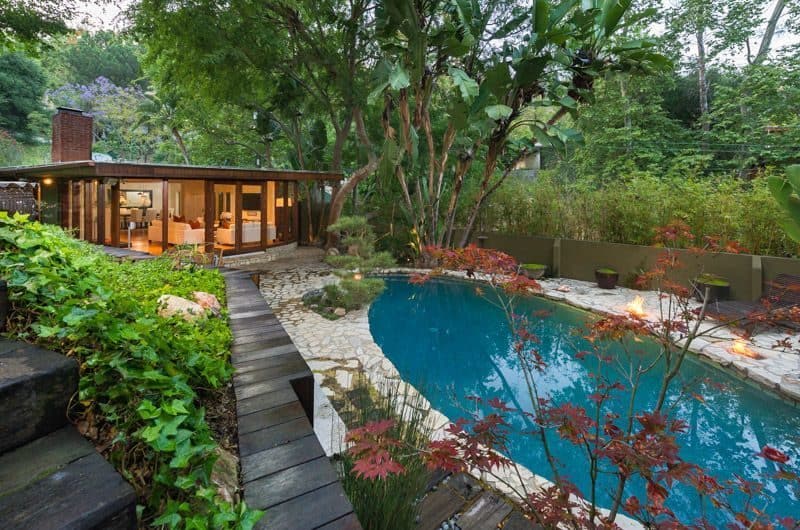 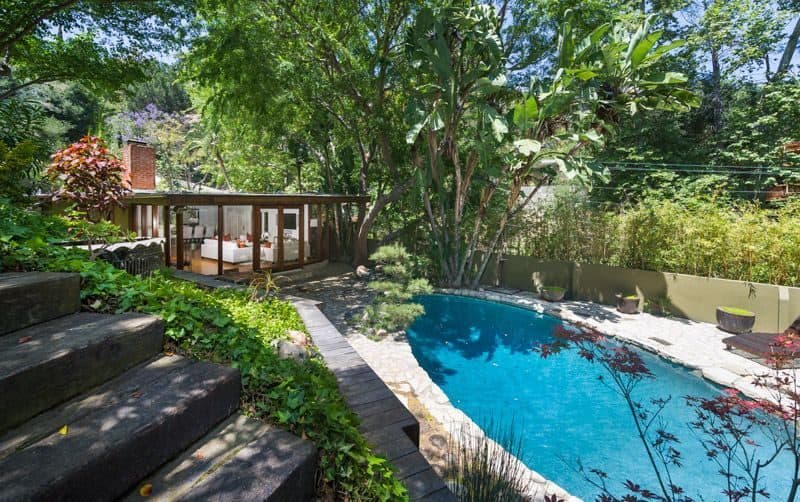 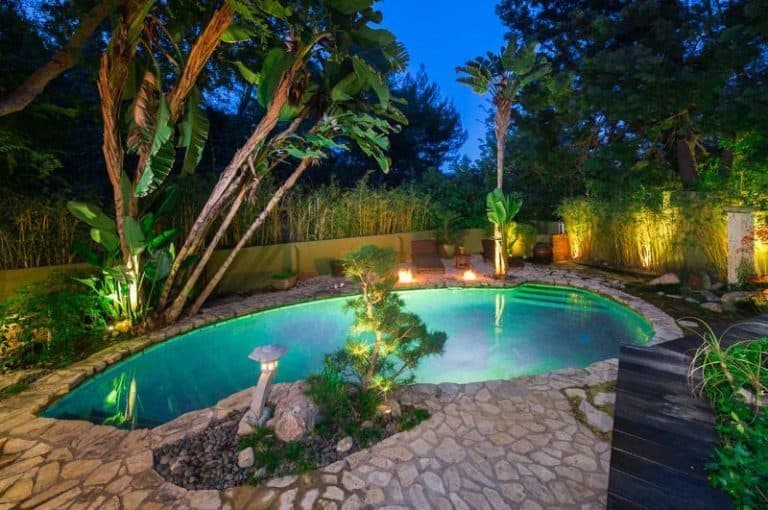