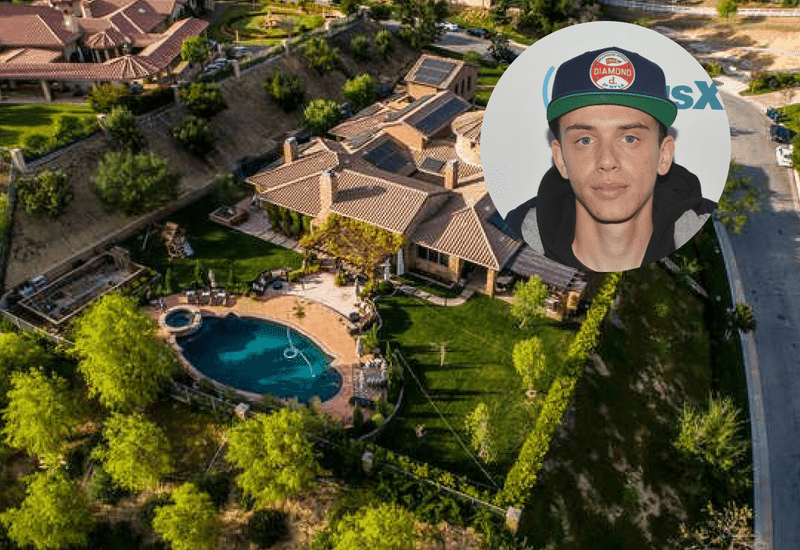 Sir Robert Bryson Hall II, better known as Logic, is one of the modern day rappers and singer song writers. He’s the genius mind behind the mixtapes, Young, Broke and Infamous, Young Sinatra, The Incredible True Story and Bobby Tarantino.

Logic fell in love with hip-hop music when he began listening to the Wu-Tang Clan, a group that consists of East Coast Rappers. Upon expressing deep affection towards hip-hop, Logic began writing lyrics and later on made an unofficial mixtape titled Psychological – Logic: The Mixtape under his original stage name, which gave him the chance to make a name for himself, performing as opening act for artists such as Pitbull, EPMD, Method Man, Redman, and Ludacris.

Following the break on his young career, Logic finally released his first official mixtape titled, Young, Broke and Infamous on late 2010 and was well-received by critics. Logic quickly followed up his first mixtape with a couple of projects and in 2012, another big mixtape was released titled, Young Sinatra: Undeniable, a mixtape that would take him to the top of the hip-hop industry, containing heavy and deep lyrics.

Logic’s following projects came up big hitting the top of Billboard Top Hip-hop/RNB Chart, selling more than a hundred thousand copies and were even nominated to Grammy’s Song of the Year.

Young Sinatra’s Hidden Hills Mansion is worth $3.567 million featuring sprawling six bedrooms and six bathrooms located in the same neighborhood where J-Lo and Kris Jenner have owned homes. Measuring 7,700 square feet, the mansion is complete with indoor and outdoor entertainments perfect for a rap star like Logic.

The property has a main house and a separate guest house, featuring renovated living spaces and an open floor plan leading to an oversized family room, formal dining rooms and an elegant gourmet kitchen with a large center island. The mansion also boasts six en-suite bedrooms including a jaw-dropping primary suite offering a complete package of walk-in closet, spa-like primary bath and a fireplace for relaxing.

Outside, a dual BBQ and pizza oven are ready for outdoor dining parties while the sparkling salt-water pool and spa with waterfalls are all set for entertaining guests. A beautiful courtyard with a fireplace completes the mansion’s stunning outdoor place.

Check out the full photo gallery below of Logic’s home. 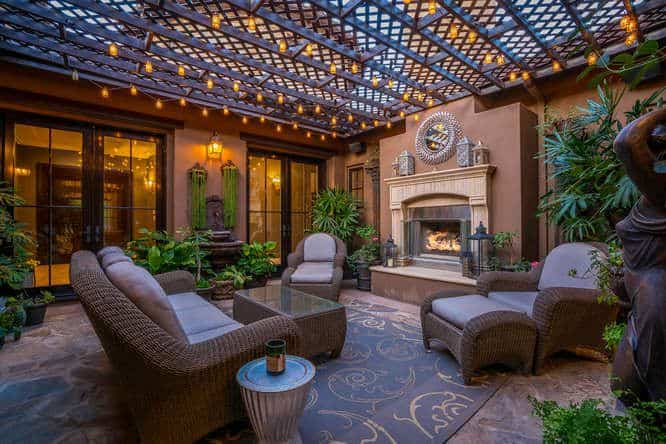 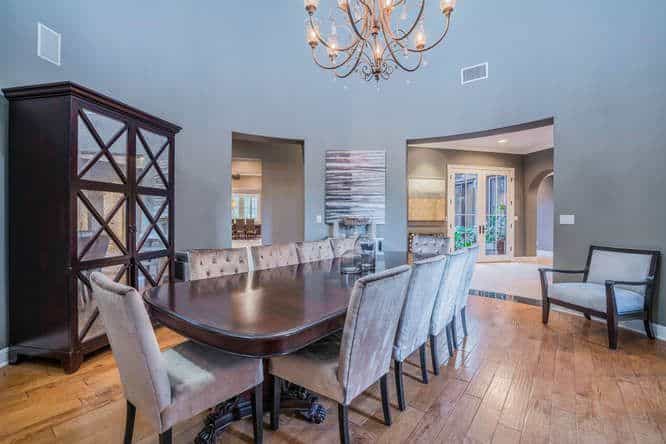 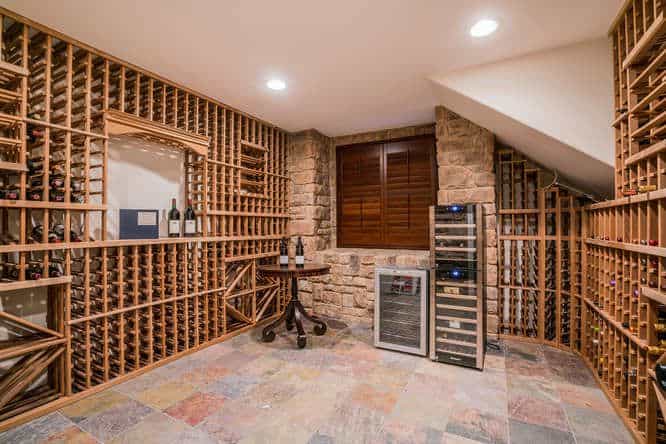 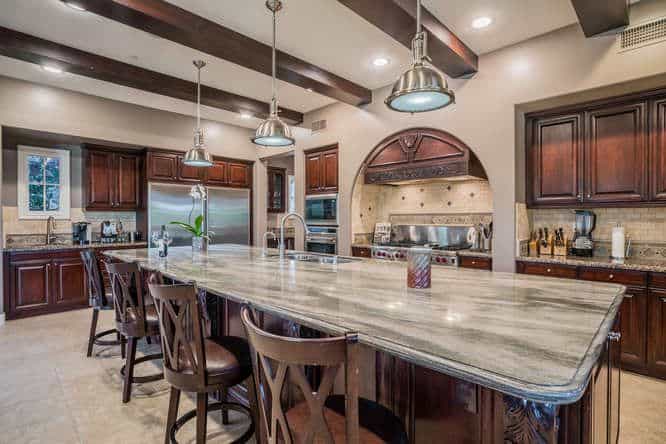 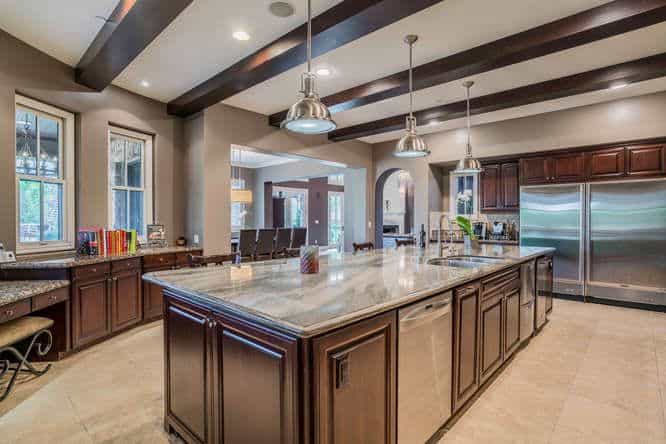 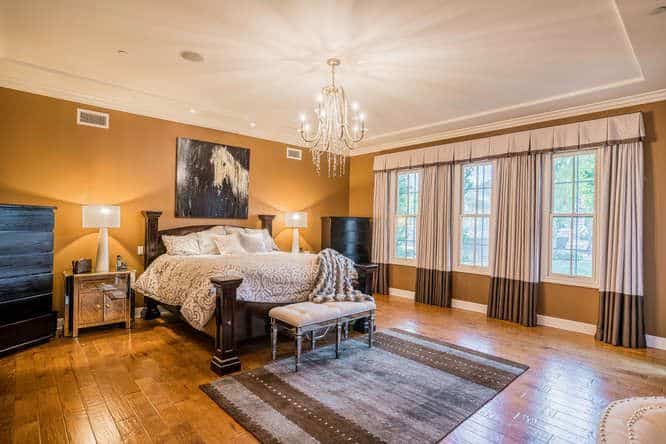 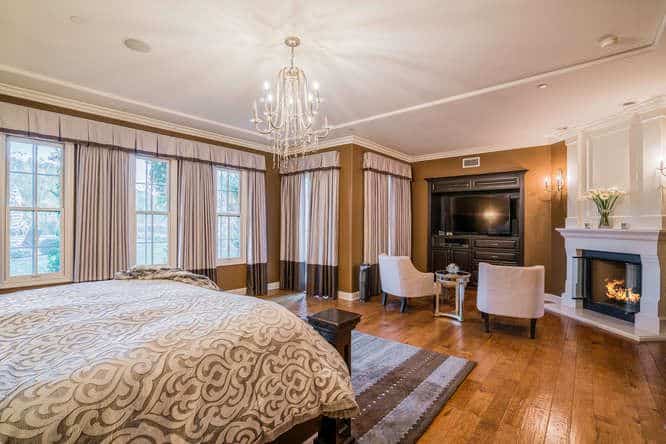 The wooden bed frame of this luxurious bedroom is paired with sheets that has intricate details complementing the thin bright chandelier hanging over the brown and gray patterned area rug of the hardwood flooring. 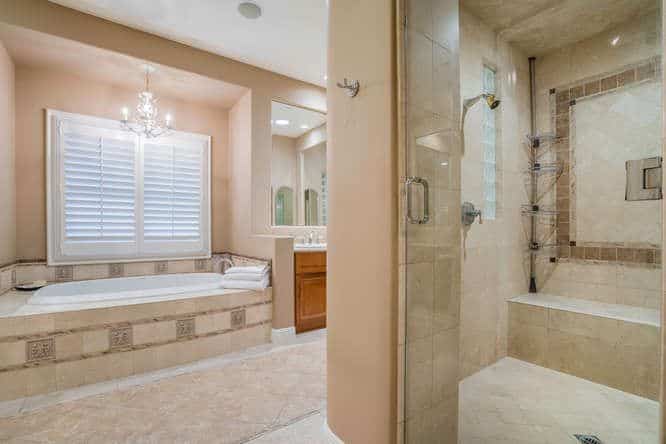 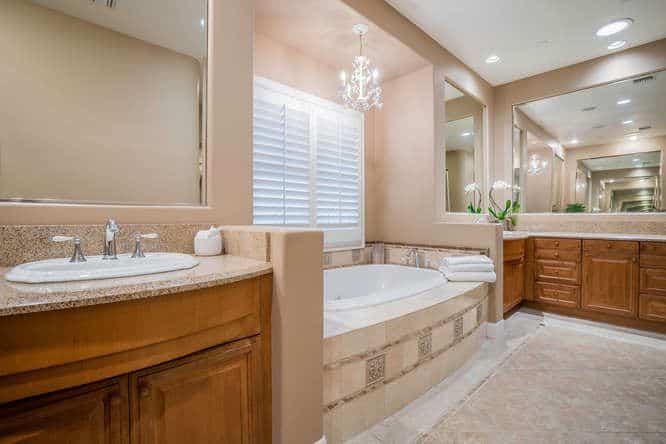 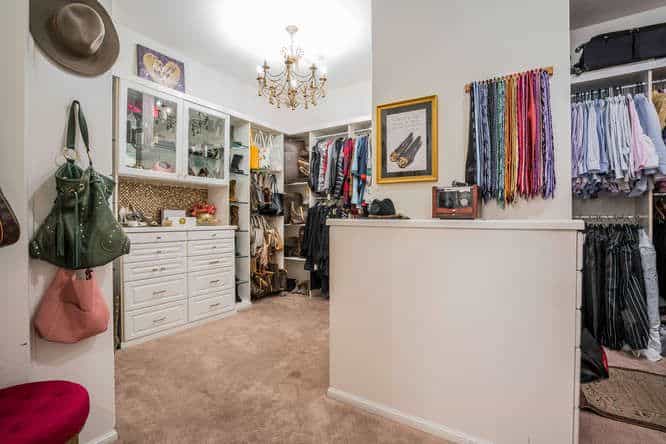 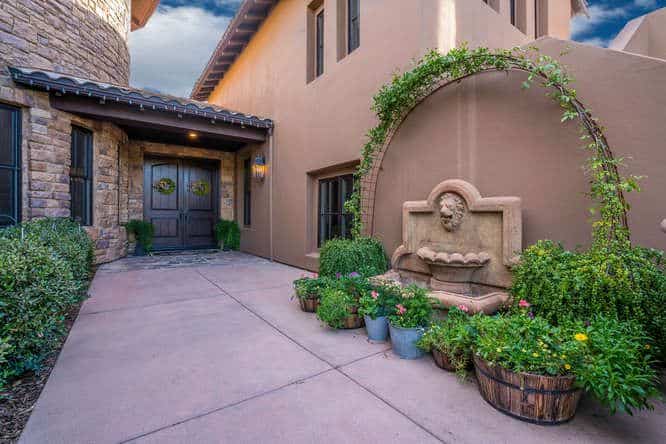 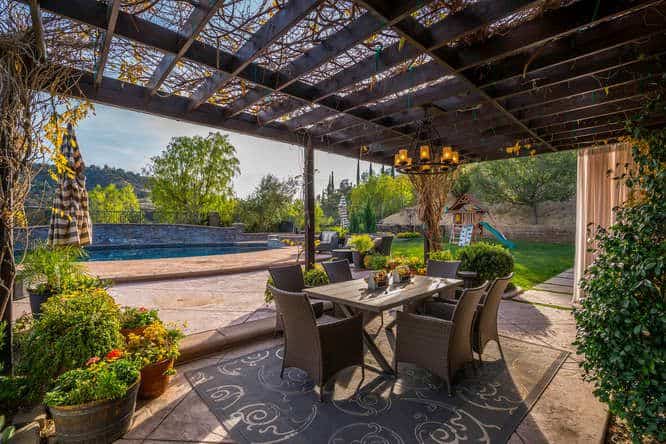 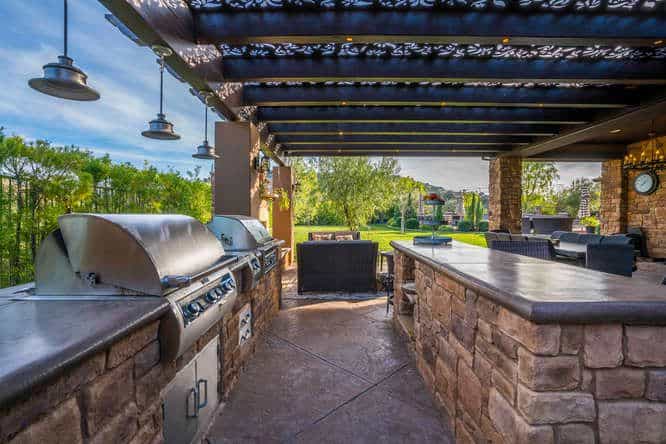 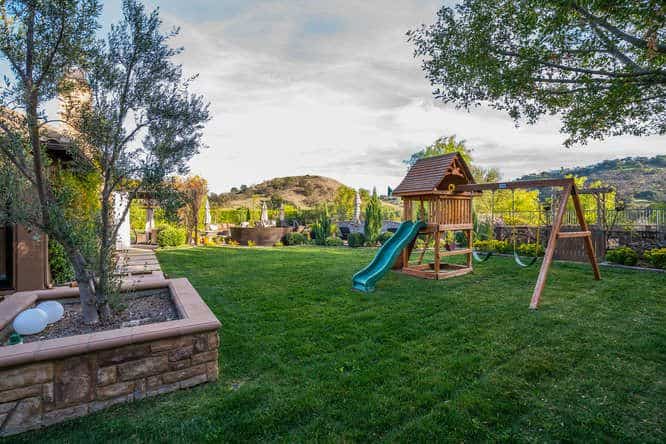 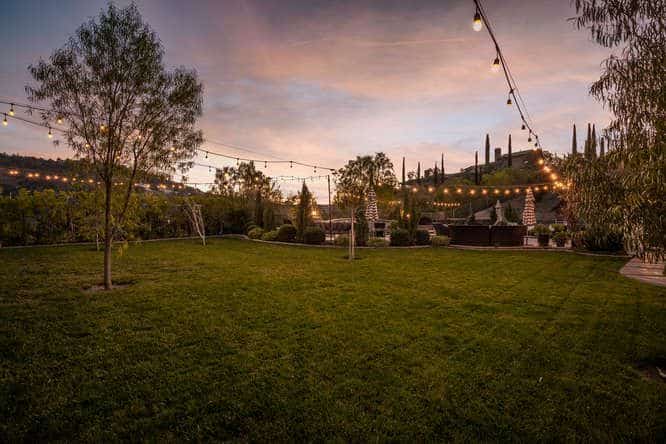 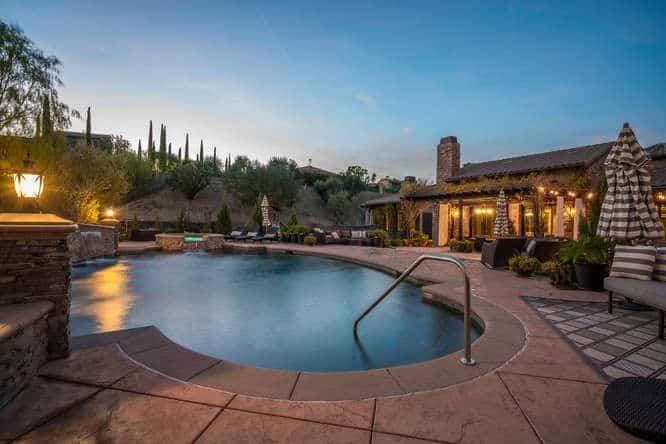 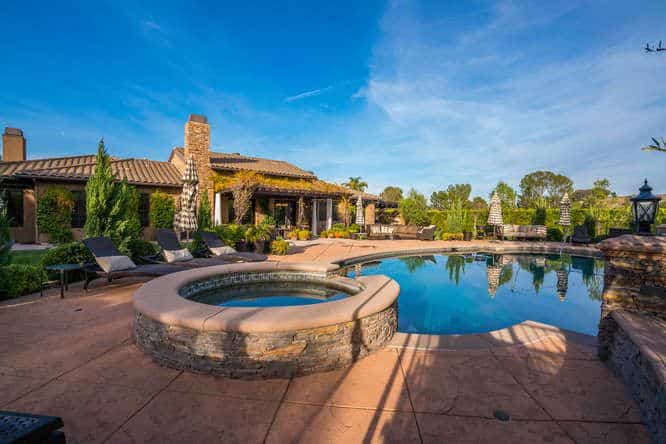 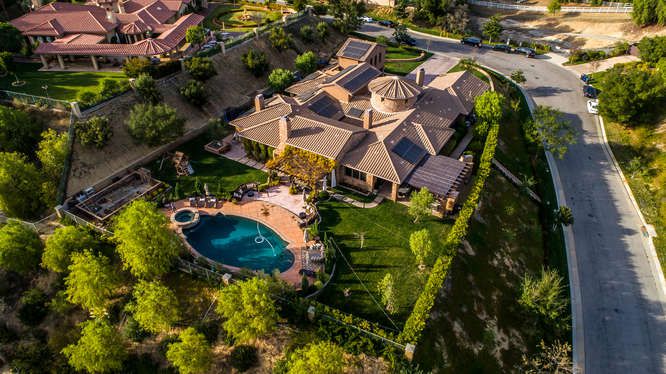 CelebsNetWorthToday.com estimates his fortune at $14 million.