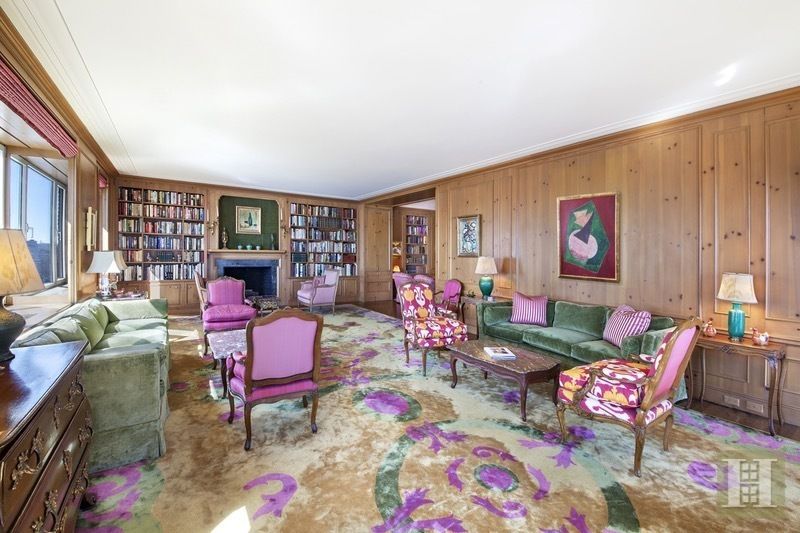 Greta Garbo is a legend in the film industry as one of, if not the, greatest female actor of all time. She starred in many hard hitting dramas in the early to mid 1900s, and many of her films are considered to be the finest their genres have to offer.

Widely regarded as one of the greatest actresses to have ever lived, Greta Garbo, born in Sweden in 1905, was known for her dramatic screen performances in such films as Flesh and the Devil, The Divine Woman, The Kiss, and a screen adaptation of the Russian classic novel, Anna Karenina. Mrs. Garbo passed away in 1990, leaving behind an extraordinary New York City property, a high rise apartment that is currently on the market listed at $5.9 million.

The building that contains it is known as the Campanile, a luxury apartment complex in an area called Beekman Place-Sutton Place. The apartment itself encompasses 2,855 square feet with all the amenities of a medium-sized home and more.

Much of the apartment is set up like a studio, with huge rooms meant to accommodate many occupants. In our travels, we’ve found that those with influence almost invariably set aside certain parts of their homes to hobnob, hold power meetings, and the like. It appears that Garbo did hold great influence in her industry if her former abode is any indication.

The view from the primary living area overlooks the wide river that runs along the city’s flank and is facilitated by a row of ornate windows along a wall framed in glossy wood paneling with purple automated window shades. The room itself appears to be roughly 40 by 60 feet in size, most of which is covered by a massive rug of purple and green fabric.

Scattered about the room is dainty, ornate, and- not surprisingly- purple upholstered couches and chairs. The furnishings are arranged into a series of scattered smaller conversation areas as if this room was arranged for mingling.

The kitchen, at first glance, appears quite spare. Finished completely along the walls and floor with light-colored hardwood, a single table and crescent bench stands off to one corner beneath a pair of windows facing the same wide river as the living room. The cooking facility is rather spare with a single stove-top range and double bowl sink cut into a black marble countertop.

The actual dining room features a humbly sized dining table that seats only eight people. The room is sparsely decorated in the same light wood paneling and flooring we find in the kitchen. Here, there is little to distract from the dining experience as the stable stands like a solitary island in the center of this relatively large, open space.

Two similarly furnished bedrooms contain rugs like the one found in the front room, ornate wall panels, and a generous view of the same river. But one room exists within a large space, while the other appears to be crammed into space the width of a hallway.

If it makes the occupant of the “hall bedroom” feel any better, the room does contain a handsome wall-length bookshelf with diamond cage covers and a handsome- if remote- view of the river. Aside to these, an adorable children’s room also exists with twin beds and more luxury than any child should know what to do with. 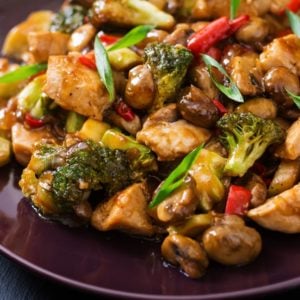 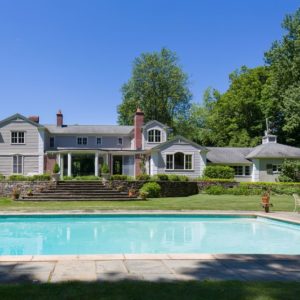