Alicia Keys scores a contemporary and sleek mansion for $10 million below asking price... nabbing it for a cool $20.8 million. Sounds like a lot until you see this one-of-a-kind beauty. 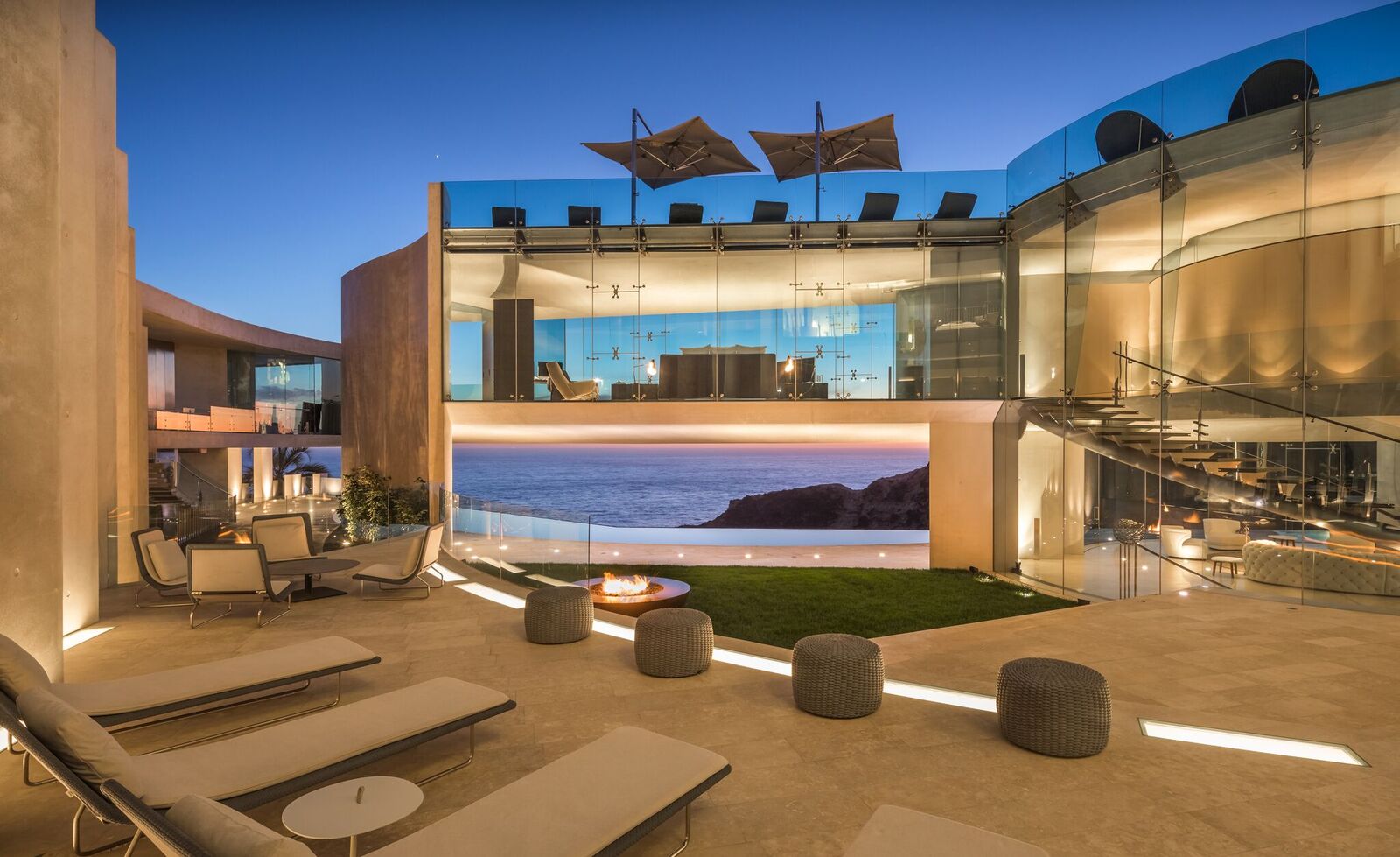 Famous singer-songwriter, Alicia Keys has scored a primarypiece after paying nearly $21 million for a 10,000 sq ft house overlooking the pacific ocean. The house originally listed at $30 million. Dubbed “Razor House”, the house is located in La Jolla near a famous golf course named Torrey Pines Golf Course. The house features a sleek modern approach to architecture with curvy lines, clear glass views, and minimalist interiors. Originally constructed in 2007, this house named “Razor House”, forms a terrace over a cliff that sits above the Pacific Ocean.

Josh Altman and Matt Altman of Douglas Elliman were the brokers for the sale.

With over 10,000 square feet in space, Razor House features two primary bedrooms, two guest bedrooms, six baths, two steam rooms with showers, a gym, a roof-top spa for relaxing, and a built-in bbq for entertaining. Not bad right? Alica’s new house also features several levels of rooms which each jut out from the rocky cliff the house is situated on. This creates a terrace-like effect that also creates numerous levels of balconies in order to enjoy the great views of the Pacific Ocean. The overall design of the house focuses on wide-open glass views towards the ocean as well. So, no matter where in the house someone is, a great view of the ocean is sure to be had. The glass approach also complements the stone and walnut construction of the house by offering a very sleek yet attractive design.

Each room also includes stone floors with no gaps for a continually sleek visual appeal as well as solid-walnut flooring in some rooms such as the library. Perhaps most unique about this home is the computer room which stores all of the home automation hardware which controls wireless music, ambient mood lighting, differing room temperatures and more. And don’t forget about the kitchen with room for a professional chef and all of their needed ingredients and utensils.

Moving outside to the four-car garage, there sits an elevator completed made of glass. This elevator brings individuals all from the garage onto the rooftop terrace. What about entertainment? The home features a state-of-the-art home movie theatre as well as a specialty infinity pool of over 5,100 cubic feet in size. The pool also overlooks the Pacific Ocean. Also, the pool sits mostly enclosed by the house itself to offer privacy but also an open feeling since the house forms a courtyard around it. This home is found at a very picturesque location in La Jolla, where other greats have also famously stayed. From Dr. Suess to NFL stars and famous astronauts, this area is no stranger to the rich and famous.

Alicia Keys has scored an amazing home for a great price. The home originally was listed at $30 million, yet she nabbed it for just over $20 million.