Keith Richards may have burned down this house in 1978, but today it is up for sale for just $3.695 million. Learn about the history of this house and the secrets it revealed after the fire. Click the link to learn more. 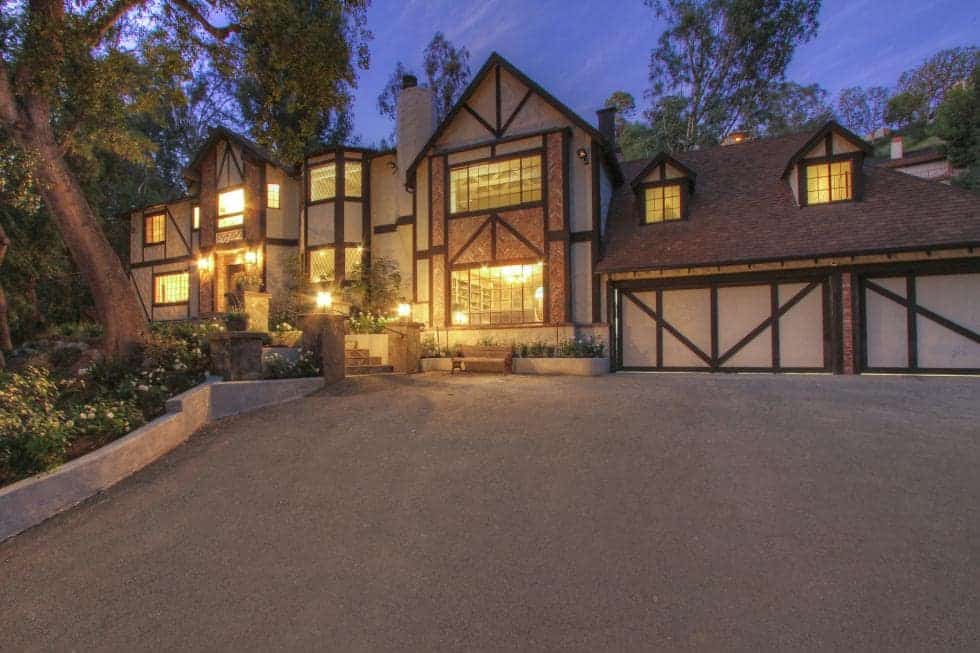 Keith Richard’s Laurel Canyon home is on the market for $3.695 million. Richards’ history with this house goes back to when he first rented it from Skip Taylor in 1978, threw a raging party, and burned it down. It was renovated after that and is now up for sale.

Known the world over as the secondary vocals and lead guitar for The Rolling Stones, Richards’ Hollywood Hills home is 4,000 square feet. There are five bedrooms, four bathrooms, as well as formal rooms, a family room, library, and pub. We assume the latter got used quite often!

Richards probably didn’t learn his lesson from burning down the house. We’re sure he threw more legendary parties we just don’t hear about. We also wonder what kind of books Richards has in his library. 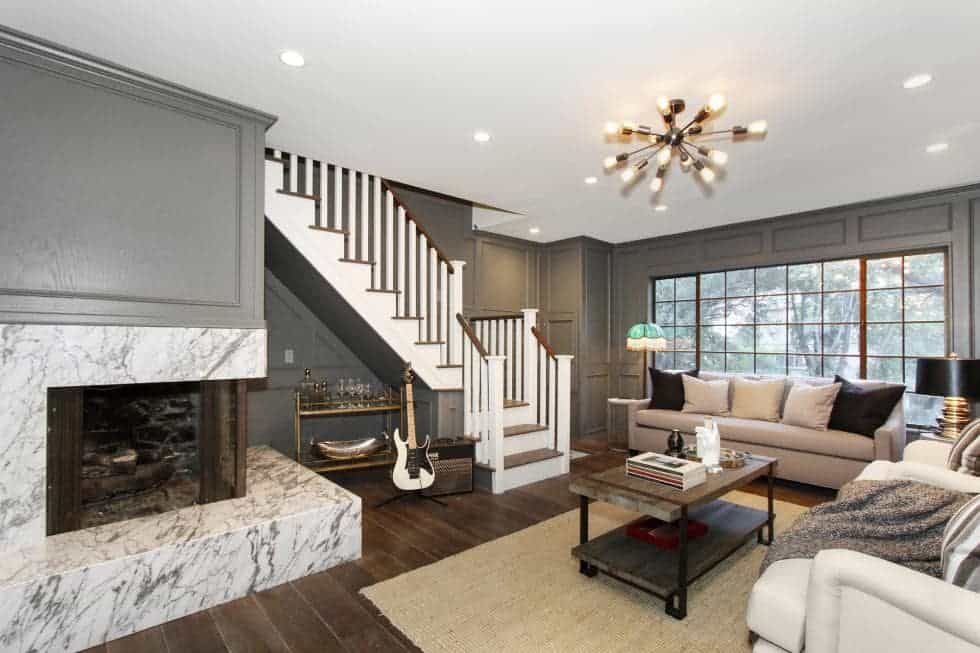 This is the living room with a decorative chandelier on its white ceiling and a corner fireplace with white marble structures across from the beige sofas. Image courtesy of Toptenrealestatedeals.com. 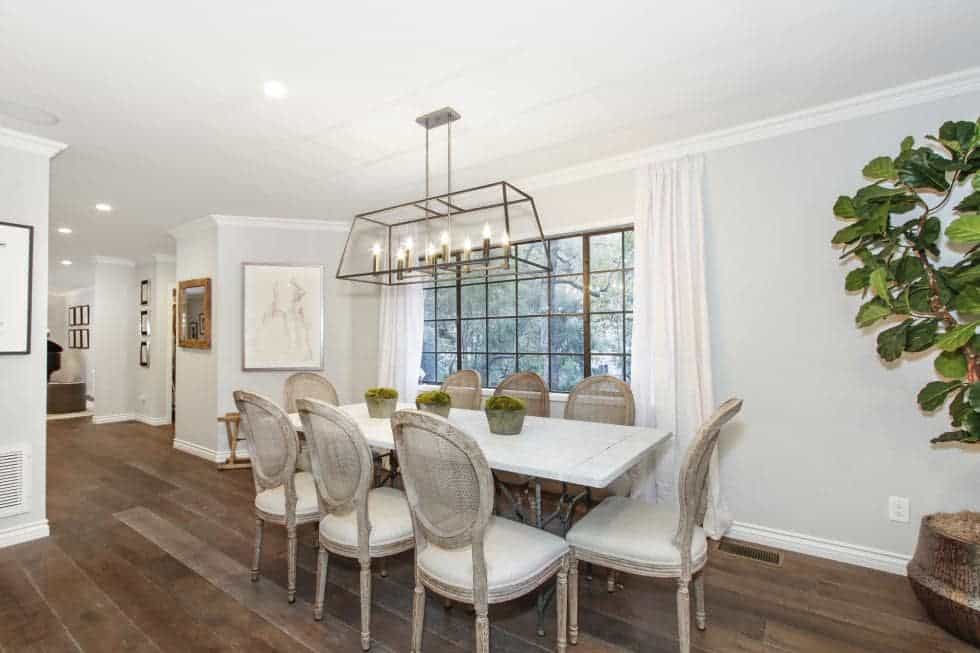 This is the dining area with a long white dining table surrounded by white cushioned chairs under a row of wrought-iron lighting that matches the frames of the window. Image courtesy of Toptenrealestatedeals.com. 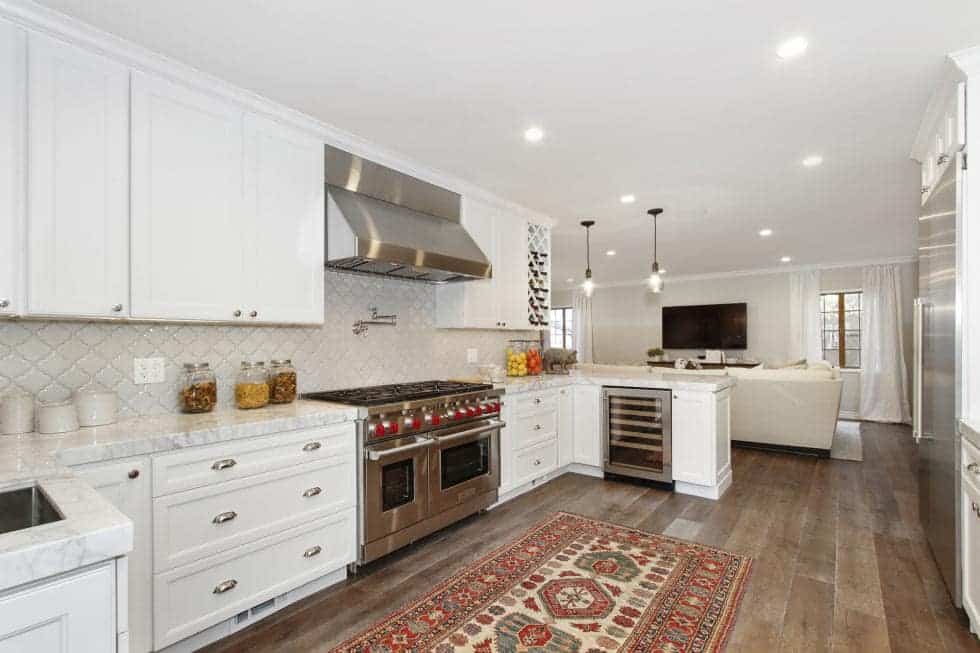 This is the bright kitchen with white cabinetry that blends with the walls and ceiling. These make the stainless steel appliances stand out as well as the hardwood flooring. Image courtesy of Toptenrealestatedeals.com. 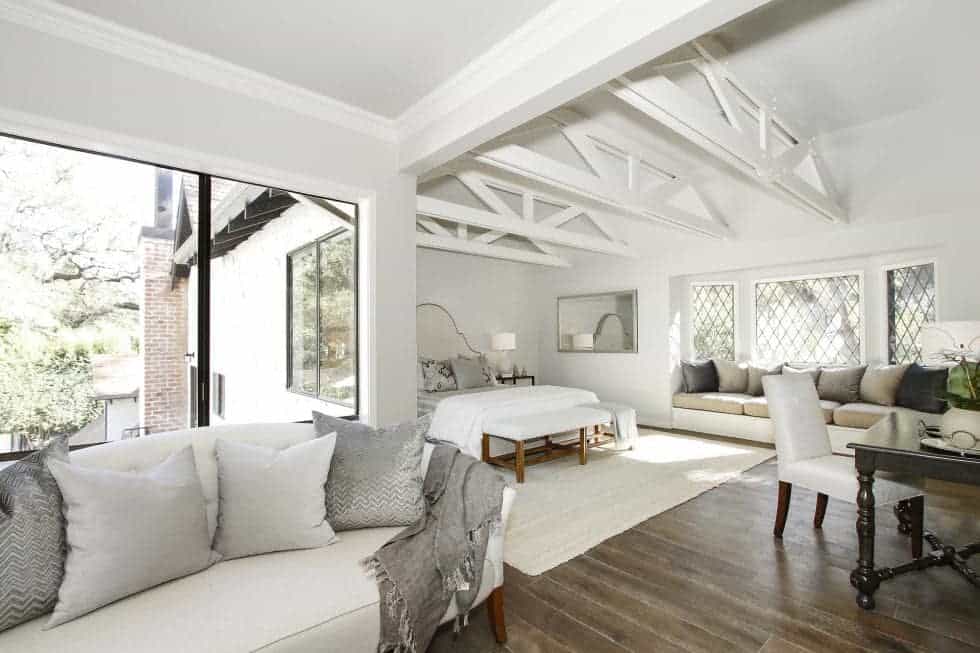 The spacious bedroom has a large bed in its own large alcove on the far side. This is complemented by the beamed cathedral ceiling, a sitting area and a reading nook by the window. Image courtesy of Toptenrealestatedeals.com. 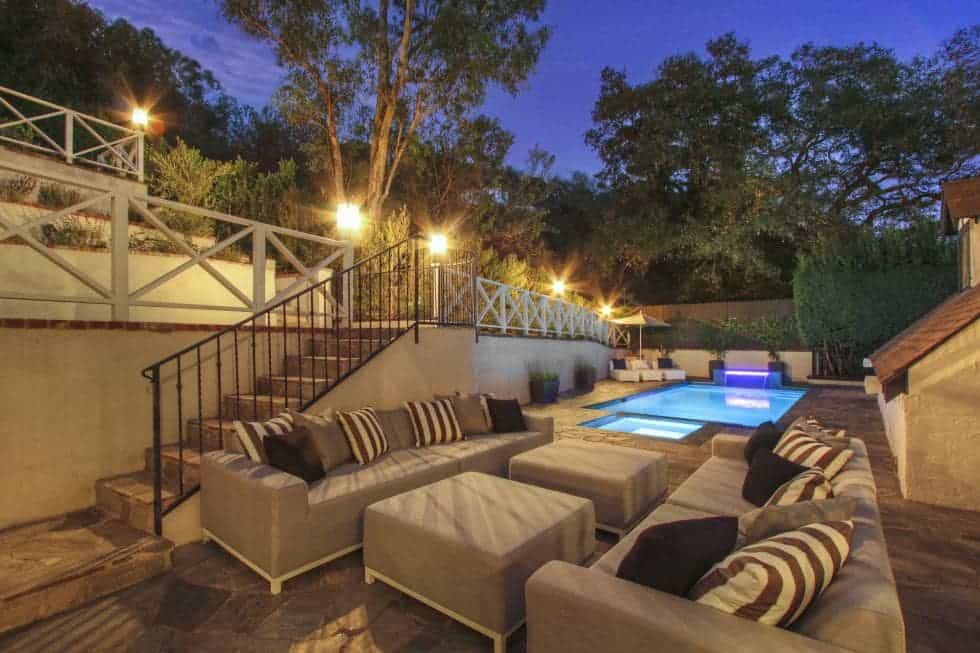 This is the backyard pool area with a large pool and spa and a large sitting area on the side that has sets of outdoor sofas and coffee tables. Image courtesy of Toptenrealestatedeals.com.

The English Tudor-style property has gorgeous features throughout the interior; white and gray tones, French doors, leaded glass, and custom marble counters in the large kitchen. The modern features really stand out against the old-style backdrop of the home, giving it a rare kind of aesthetic appeal that many buyers will likely love.

The exterior is replete with gorgeous features as well. Here you’ll find an outdoor kitchen for entertaining and enjoying the California sunshine. There’s also a pool and spa, along with a pergola and grassy field. Finally, a footbridge goes over a babbling brook that you have to cross to reach the house. Idyllic and elegant, this home seems like the opposite of Keith Richard’s reputation as a party animal.

The house has both a historic and modern vibe replete with history. The Laurel Canyon area was huge in the 1960s and 1970s for the Rock and Roll scene. In fact, the previous owner, Skip Taylor, worked with such legendary artists as The Doors, Janis Joplin, The Grateful Dead, and The Rolling Stones. Taylor went on to write a book called Keith Richards: The Unauthorised Biography where he shares the story about the infamous fire in 1978.

One really cool feature of the home was discovered after it burned down in the 1970s. Skip Taylor came across a labyrinth of pathways and patios between his house and the house next door. This is likely attributed to John Barrymore, a previous owner of the home, who kept a concubine next door.

Overall, the house is bright and cheery with dark wood floors and a sparkling white kitchen. Even the exterior has a light, airy feel that makes us wonder if there is another side to Richards — one of grace and splendor, just like this elegant home up for sale. I suppose if we really want to get to know Keith Richards, we’ll have to read Skip Taylor’s book.