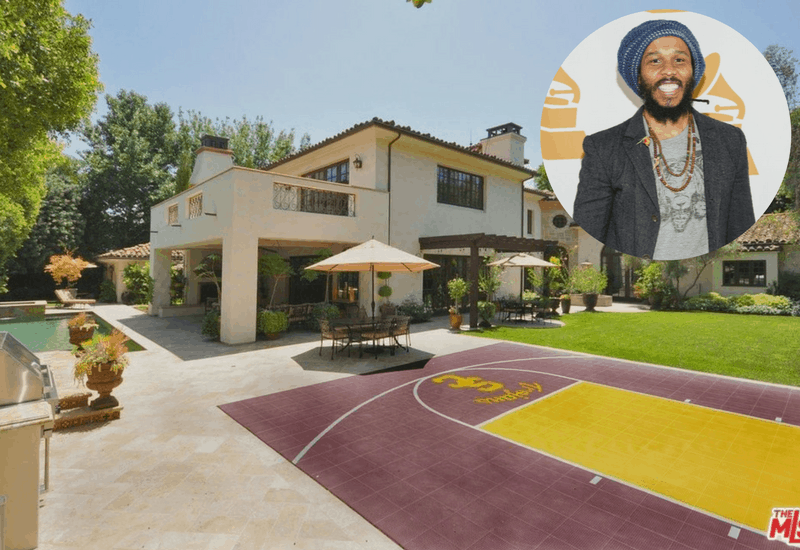 Ziggy Marley just bought a really cool Spanish style home with 6 bedrooms and 7 bathrooms. The property is awesome with sport court and in-ground pool. Inside offers large and spacious rooms.

They released 10 studio albums from 1984 to 1999 with seven of the albums receiving a Grammy nomination for Best Reggae Album and three taking home the award.

Ziggy Marley purchased this Spanish-styled mansion through a trust for $5.55 million. Fortunately for the musician, the property just changed hands in January for $6.195 million. Located next to the Lakeside Golf Club, the estate is tucked behind walls and gates and spans half an acre with Roughly 9,300 square feet of living space that includes six bedrooms and seven bathrooms. Built in 2007 and designed by noted Montecito architect Bob Easton, it features wood planks, stone flooring, vaulted ceilings and six fireplaces.

Outdoor amenities: The expansive outdoors is complete with a loggia, outdoor kitchen, courtyard fountain, meditation garden (even comes with a giant Buddha under an umbrella shade!), a basketball court, swimming pool and spa.

Check out the full photo gallery below of Ziggy Marley’s home. 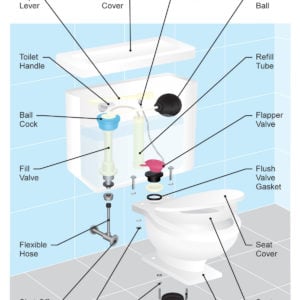 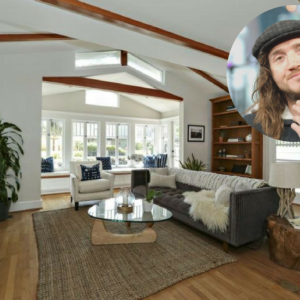