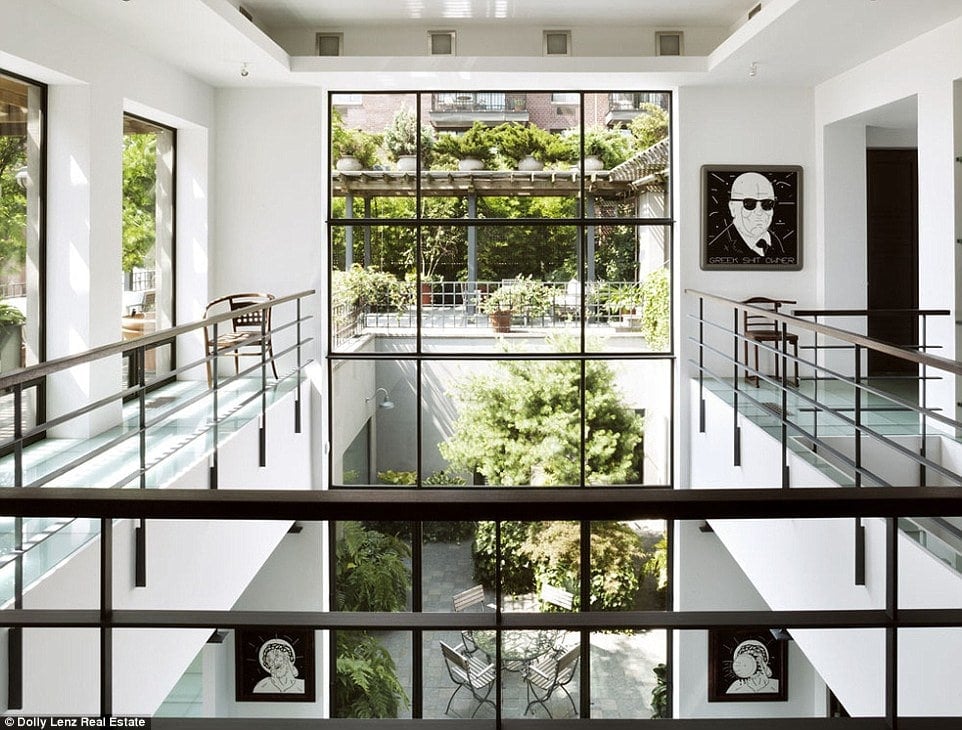 Whether comedy, drama, action, or thriller, whether loving, criminal, mysterious, or deranged, Robert De Niro has played the role. The awards and honors bestowed upon him for his movies are almost countless and the number continues to climb. In the Brentmore penthouse in New York’s West Village, you’ll find De Niro’s 11,000-square-foot former home with five bedrooms and five bathrooms listed at $25.5MM.

De Niro is best known for the roles in which he plays Italian mobsters – roles like Vito Corleone in The Godfather Part II (1974), Al Capone in The Untouchables (1987), Jimmy Conway in Goodfellas (1990), and Frank Sheeran in The Irishman (2019). De Niro is a dual citizen of the United States and Italy after having had honorary citizenship bestowed upon him by Italy in 2004 in recognition of his career. The Godfather Part II won De Niro an Oscar for Best Supporting Actor in 1975. 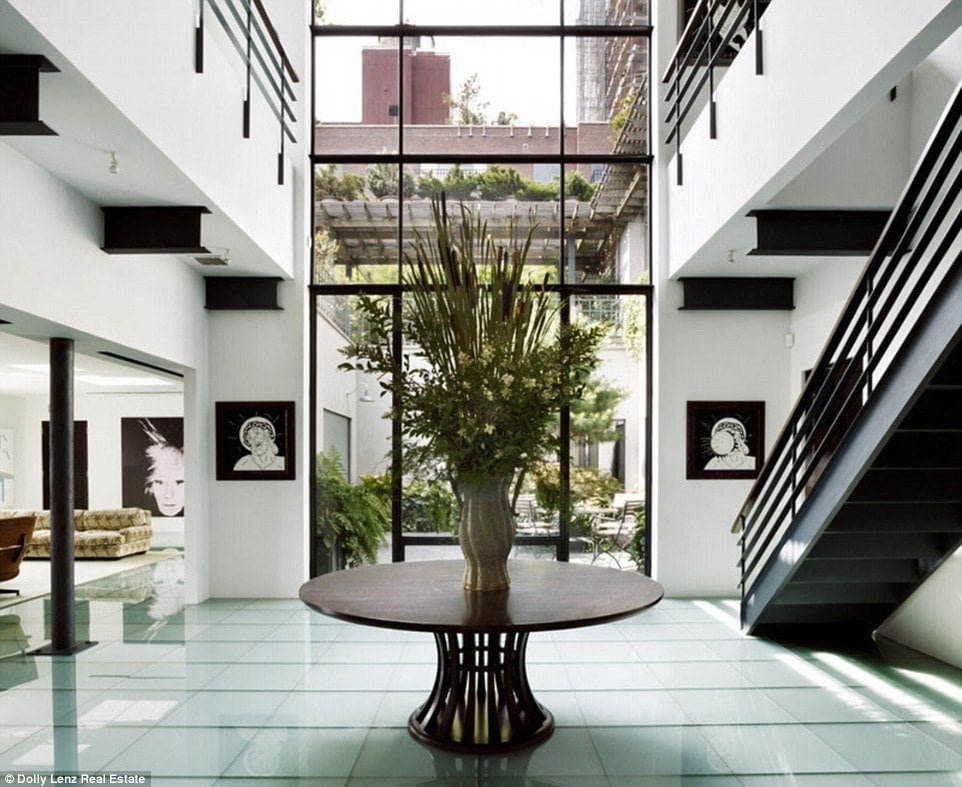 Upon entry of the penthouse, you are welcomed by this foyer with a dark round table brightened by tall white walls and a large glass wall on the far side that brings in natural lighting. Image courtesy of Toptenrealestatedeals.com. 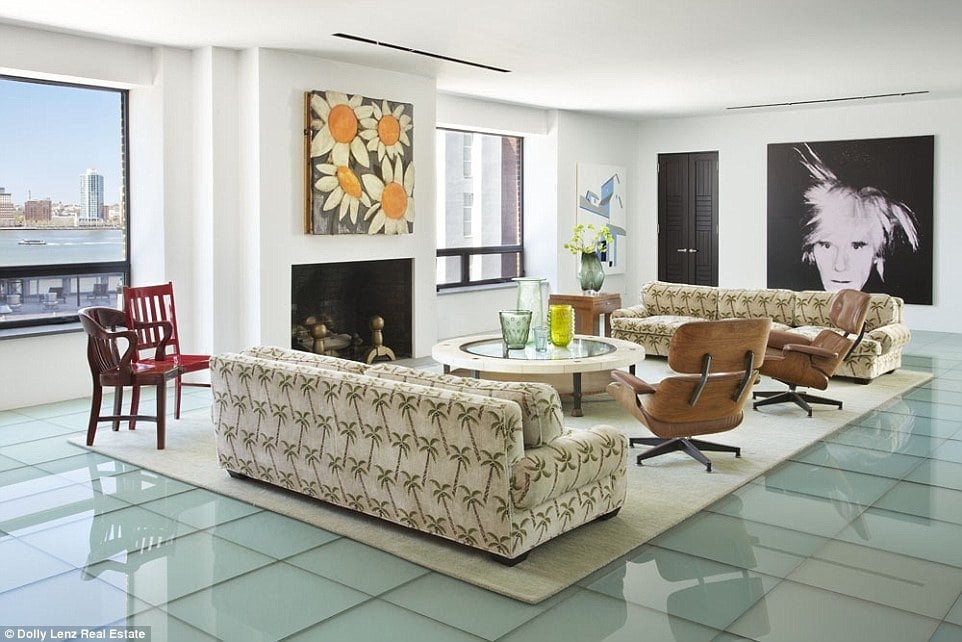 This is the living room of the penthouse with a fireplace across from a round coffee table paired with sofas and lounge chairs complemented by the bright walls. Image courtesy of Toptenrealestatedeals.com. 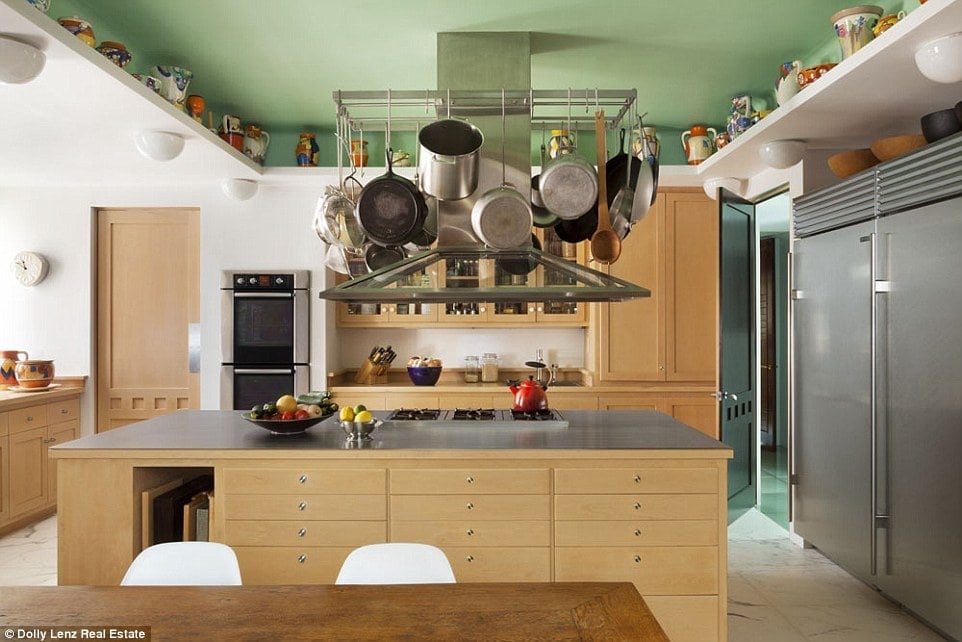 This is the eat-in kitchen with a wooden kitchen island topped with a pot rack hanging from a green tray ceiling. Image courtesy of Toptenrealestatedeals.com. 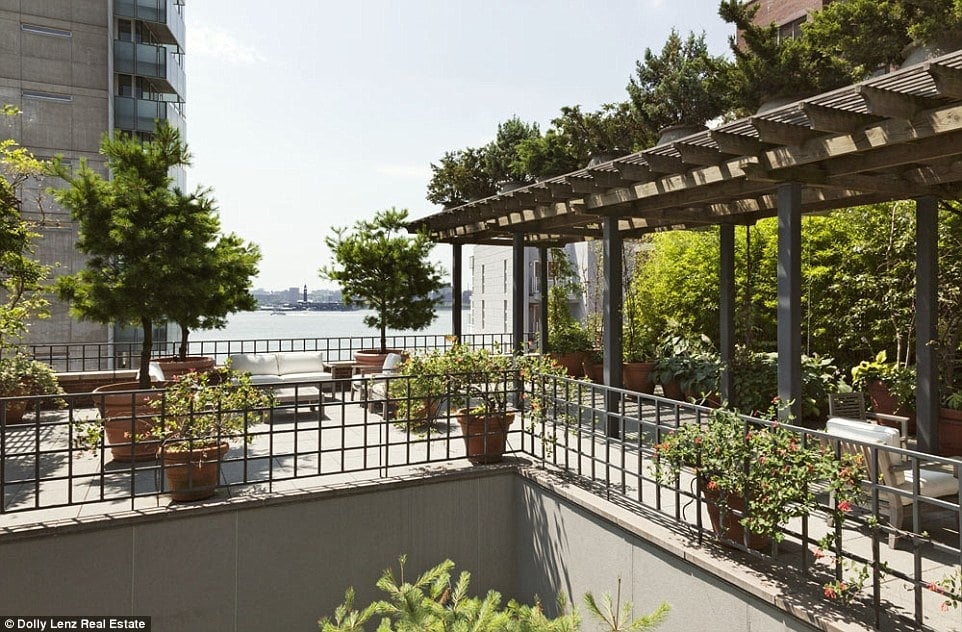 This is the balcony of the penthouse with an abundance of potted plants and shrubbery adorned with trellises. Image courtesy of Toptenrealestatedeals.com. 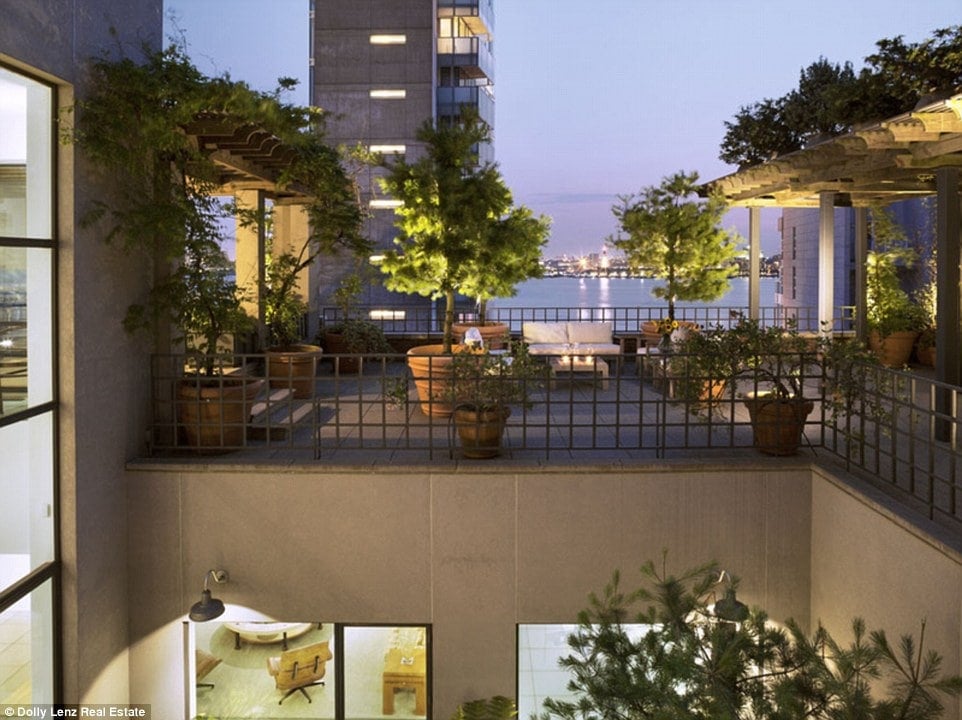 This is a nighttime view of the balcony with potted plants and a view of the city skyline. Image courtesy of Toptenrealestatedeals.com.

This was DeNiro’s home. Academy Award-winner, Celeste Holm, was one of the home’s early residents. She resided there for over 50 years. Stars who have taken up residence in the penthouse following Holm are Billy Joel and Sting, even Annie Leibovitz.

Then, the De Niros lived in the Brentmore penthouse while they waited for their main abode to be repaired from fire damage. After their two year stay, the De Niro’s former penthouse is on the market, and it’s listed at $25.5MM, reduced from the initial asking price of $39.8MM.

Entering the penthouse, in the atrium, stand on shiny glass floors and look out through the towering two-story-tall windows that let in plenty of natural light. In the living room, library, and bedroom suites of this bright, lovely, contemporary home are wood-burning fireplaces.

The eat-in kitchen is a chef’s dream with its walk-around center island, large hanging pot rack, and huge pantry. It can be used for entertaining or quiet evenings with the family.

A large private garage that can house multiple cars is also a part of the package.

The home is designed in a contemporary style so that you are surrounded by bright, open space. The 11,000 square feet that make up the penthouse consist of indoor and outdoor space. The outdoor space is a landscaped terrace. It is quite beautiful and can be seen from inside through the tall windows.