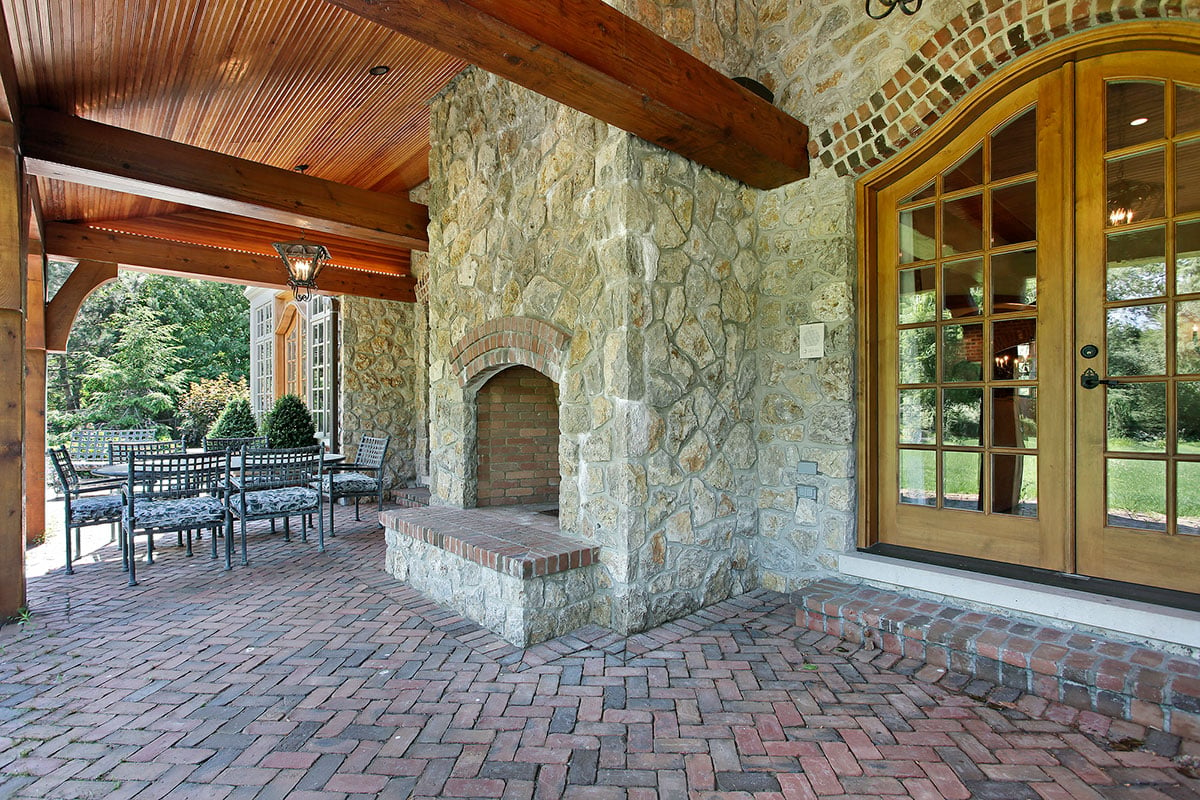 Are you getting ready to do your own patio in brick this summer? It is a great homeowners’ project that increases the value of your home and property. This can be ideal if you are trying to sell your house, but it also increases curb appeal and makes your home more appealing to you, too.

Easiest Brick Pattern for a Patio

The easiest brick pattern for a patio that is laid is the basic jack-on-jack brick pattern. This is also known as a stacked bond, and it is as simple as laying the brick in a side by side even end pattern. Each of the bricks is horizontally placed and paved side by side in a straight line.

This way there is no shifting and the entire patio looks completely orderly. Using the easiest brick pattern also helps you to learn about how to lay brick on your own without having to hire a professional. Who knows, you might also become a professional bricklayer after starting this new patio project. 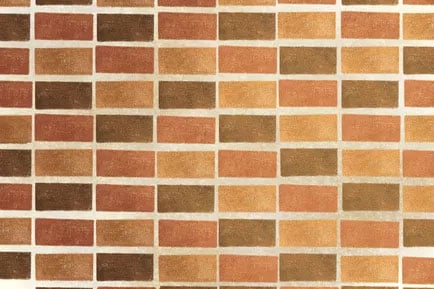 Keep in mind, as The Spruce points out, “[The jack-on-jack] pattern is more commonly used in wall construction than in outdoor paving. Wall brick is always mortared, so the bricks do not shift. In paving, any movement in the brick distorts the neat lines of the pattern. However, jack-on-jack works well for grid patterns or edged paths because the grid or edging keeps the brick from shifting.”

The reason why you would want to use a jack-on-jack brick pattern is to increase the speed at which you can get the brickwork done and paved. Time is of the essence with outdoor projects; you do not want it to take more than one season to complete one. The project will need to be done in at least one to two months.

The weather can come in and hamper the concrete as it sets up and your paved brickwork will not set up if you try to stretch this patio construction project out between summer and fall or winter and spring, for example.

The next easiest brick pattern for a patio is one that is already done for you. This includes the prefabricated patterns designed using patio deck tiles. Here in this image is a mold maker that allows you to form your own bricks directly onto a patio.

This is handy in a number of ways. First, the mold is set up to leave you with multiple brick images in a printed design.

The mold gives you the tools you need to make several large bricks that resemble many small bricks. Then your patio project can be completed in as little time as possible. 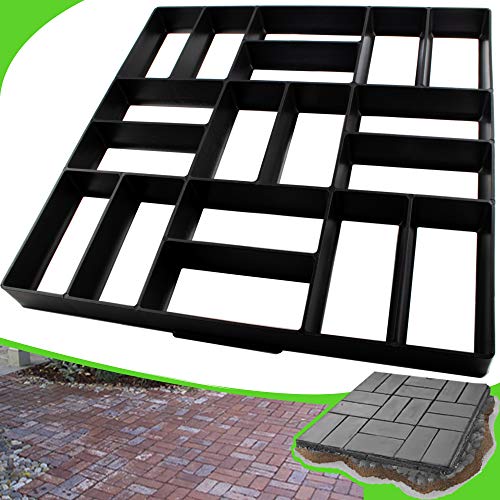 Custom Brickwork is the Most Difficult 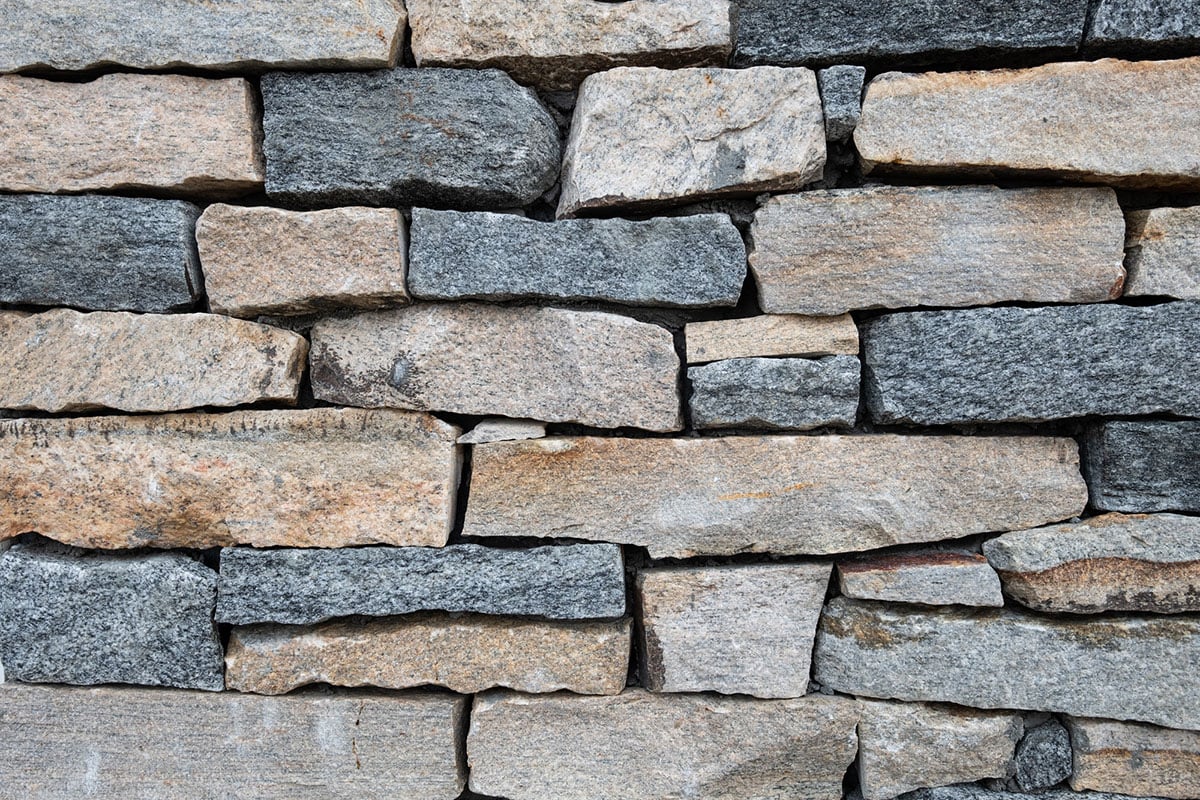 If you are trying to be all advantageous and get your brickwork done in some fantasy pattern, here’s the deal. It’s going to be the most difficult type of brick for the patio that you can lay down. I understand the concept of freemasonry might sound appealing to you, but that’s not exactly what we are talking about here.

The mason work involved with custom brickwork is more difficult than just taking bricks and randomly placing them in your favorite design. The goal of bricks on a patio is to create a safe place to walk and set up outdoor furniture, too. So, if you start by simply laying down the brick in whatever design you want, this is going to be the most difficult in the end.

That is because bricks need to be laid in some sort of geometric pattern. Otherwise, you end up with bricks that are not even or have too much of a gap between them. Anything other than side-by-side patterns where bricks are perfectly even can end up with gaps.

That’s why you really want to hire a professional masonry service if you want custom brickwork.

You also want to have this patio brick laid down and set up for the summer so you can use it. A big issue with trying to do custom brickwork yourself is it just takes too long. You end up not finishing the project in the long run, and that’s the main problem with difficult patio brick patterns.

Should I Use the Easiest or Hardest Brick Laying Pattern 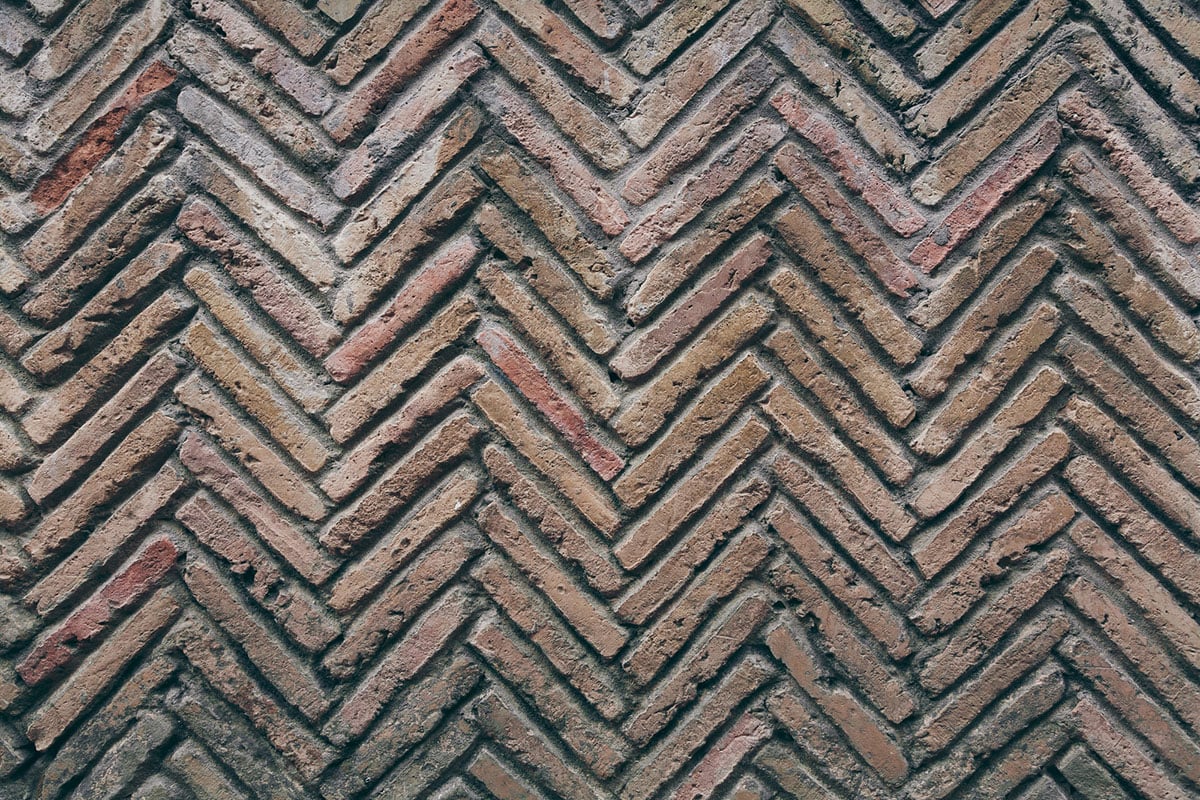 In the end, the pattern of brickwork you choose will be determined by a number of factors. If you expect that you will do this project on your own and you are a newbie, then it’s going to come down to the easiest brickwork and brick pattern.

When you are dealing with something that is an upgrade and you’ve already worked with the easier brick patterns, you can try a running bond or half-basketweave but use the mold for a grid.

This will save you a ton of brickwork hassles and headaches, as well as the expense of completing the patio project. Avoid the hardest brickwork pattern unless you are just a glutton for punishment and want to suffer the consequences. And if you do choose that brick pattern, you’ve been warned.