Ensure the correct measurements for your ingredients with the right kitchen scale by learning all about the different types of kitchen scales from the simplest to the most upgraded. 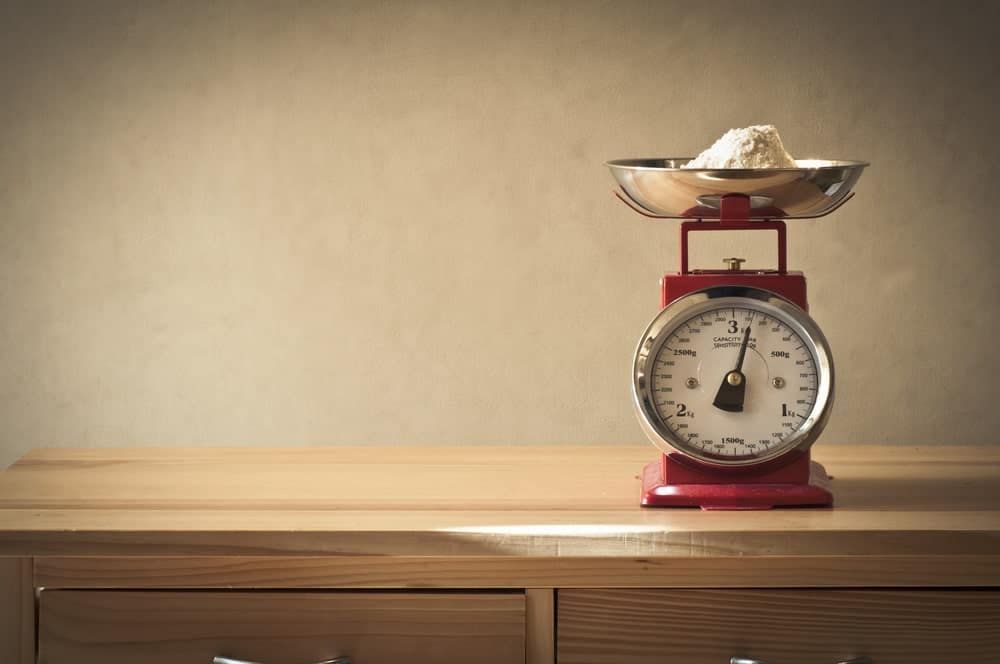 Also known as weighing scales or weight scales, kitchen scales are a necessity in every modern kitchen. Most American kitchens comprise measuring cups at least, if not a measuring scale. Use a good kitchen scale and you will realize how easy it makes the process of cooking. So, the question that arises is what is the use of kitchen scales?

Someone who doesn’t believe in the necessity of kitchen scales must know that a kitchen weight scale gives a more accurate reading of the total weight of the ingredient than any other way. This essential kitchen item helps measure the weight of all types of food ingredients ranging from chicken to meat to spices.

It is interesting to know that the concept of weighing dates back to the early civilizations that used to weigh crops, clothes, and other goods. The most ancient example of using weight scales can be observed around 2000 B.C. in the Indus River Valley Civilization. At that time, the weighing scales were simple in design with two plates hung on either side of an overhead beam, fixed through a strong pole. The object that needs to be measured was kept on one plate while stones on the other until the two plates were balanced.

These weighing scales didn’t improve until the industrial revolution. With the boom of modern inventions all over the world, kitchen scales have been upgraded. And today, multiple simple and technical weight scales can be found on the market. This blog post covers different types of scales that can be used for weighing kitchen ingredients. Let’s have a look! 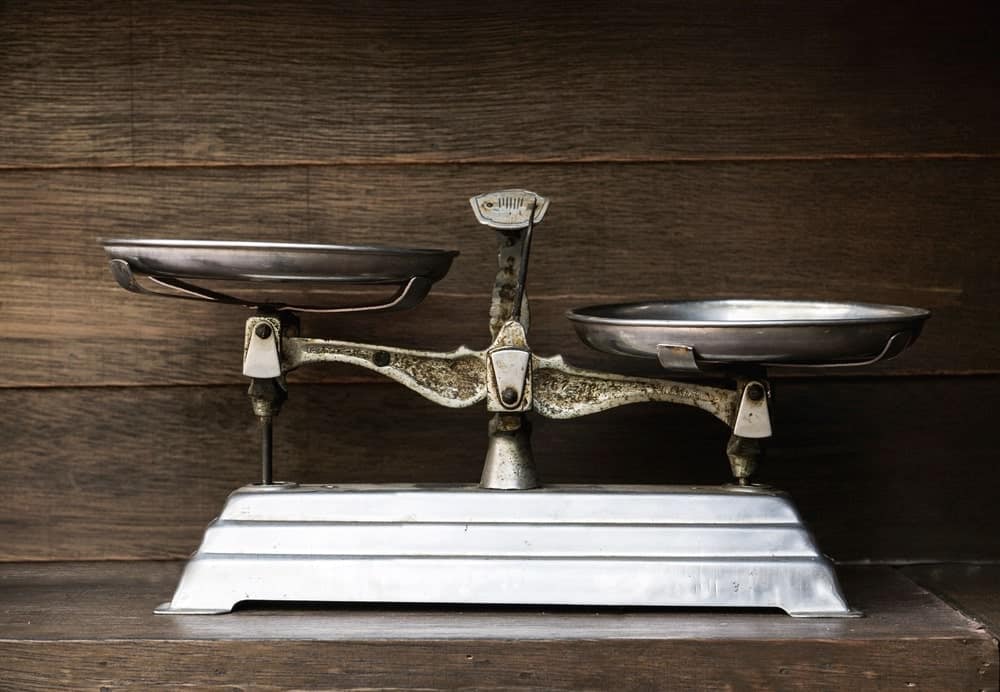 The balance scale is probably one of the earliest types of weighing scales to have come into existence. While they are an old type of kitchen scale, many traditional kitchens accommodate this conventional scale type. A balance scale helps measure the weight of an object by comparing it with the weight of an already set known masses.

In case you are on the lookout for known weights, you can easily get them separately from a market. The reason why they are still so popular is that they are easy to use and can help measure any kind of weight quite easily. That being said, balance scales are relatively out-dated as they do not provide an accurate weight measurement.

One of the cons of these scales is that they only report whether the ingredient being measured is lesser or greater than the known weights. For instance, a cup of sugar is placed on one side of the balance while known mass is placed on the other side. Mass is added on the other side until the balance is equal. It is likely that the overall mass that is calculated is not accurate. 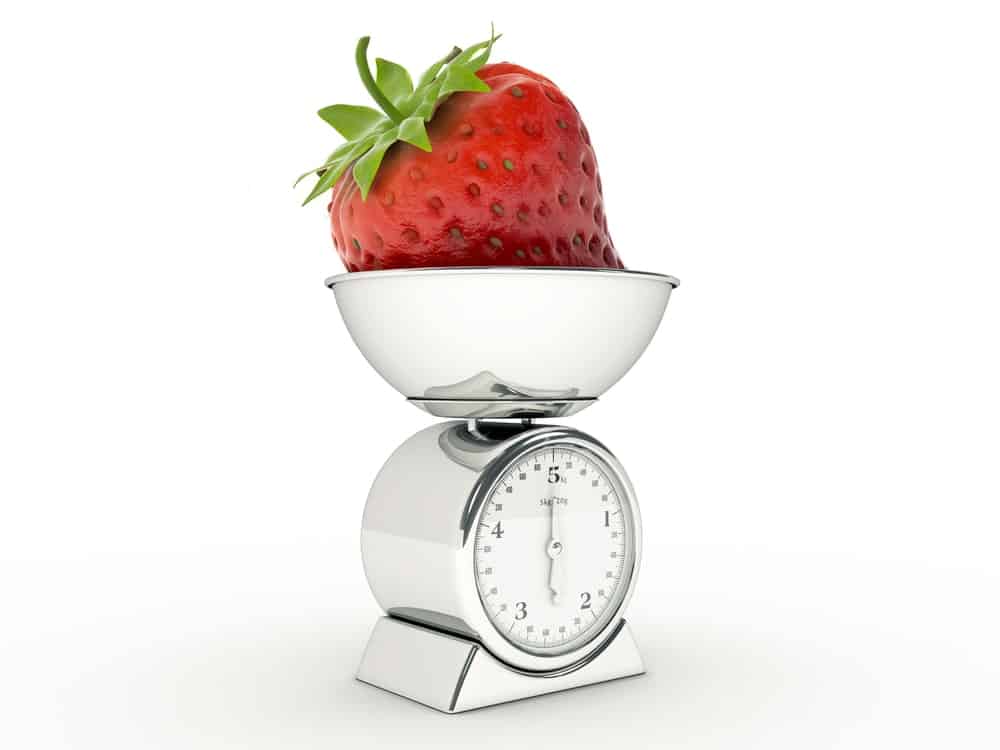 Mechanical scales are also known as the spring scale because of the way it works. Mechanical kitchen scales gauge weight with the help of springs when an object is placed on top of the mounted platform. When the force is applied to the scale, the spring compresses in the right proportions and give the right estimation.

However, the concerning aspect is that the springs do not always provide precise measurements. These scales can prove to be erroneous as it is likely for compression rates to change over time on their own or do not return to their original length, or sometimes they may even break. Another disadvantage of mechanical scales is that they may create problems in reading small quantities as compared to larger ones. For instance, if a mechanical scale is designed to measure 10 lbs. then it will be hard to measure one ounce rather than one pound. This is because a small amount creates a slight movement in the spring that can be hard to read as compared to the visible movement caused by a bigger object.

These simple devices are also easy to clean as they are not sensitive to water damage as most digital gadgets can be; so much so some models are dishwasher safe as well. The fact that they don’t require batteries or outlets or any sort of power for operation, they are more portable than electrical scales. 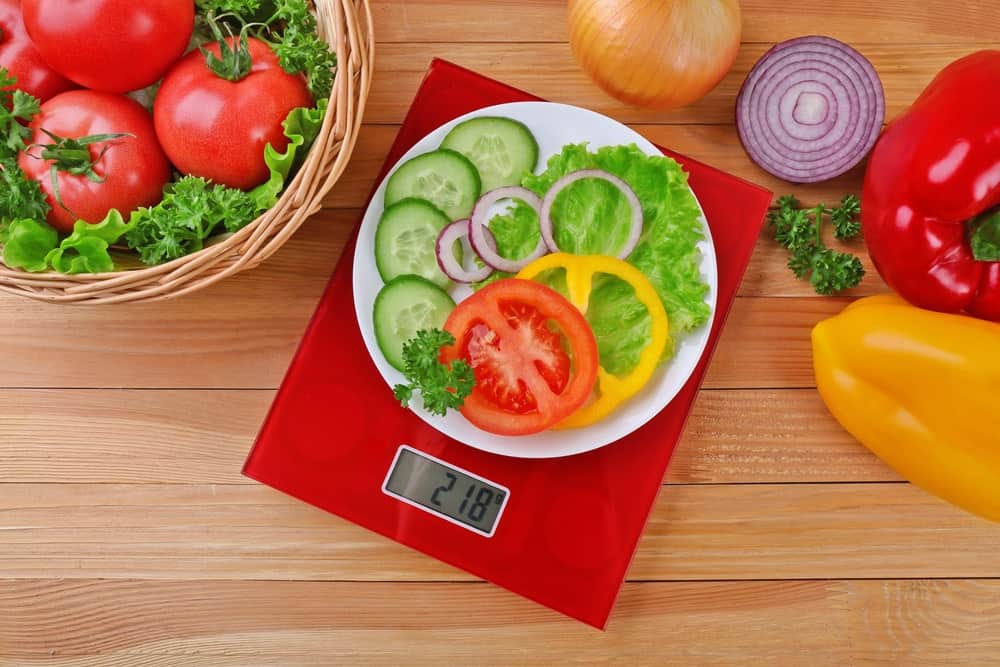 This modern invention is a breath of fresh air after an extensive-years use of slightly imprecise weight scale – balance scale. Digital kitchen scales are undoubtedly an innovative creation which is popularly found in every modern American kitchen. A critical factor that makes a digital food scale so much better than a balance scale is its ability to measure the accurate weight of the placed object. This comes handy when baking as it requires the use of precisely measured ingredients. This is why a digital scale is a top preference for bakers.

However, a good digital scale isn’t just the one that provides high precision weight. It also has to be the one that operates finely and is easy to clean and store. The scale should also have the spacious weighing capacity, for those times when one has to weigh a large fish or a winter melon. Hence, it is important to look for features like a generous weighing platform and effective backlit display for proper visibility. The digital display should also be wide and lit enough so that it is easy to read the measurement.

Many models of digital scales come with multi-functional purposes which make baking and cooking more convenient. For example, some models have an automatic shutoff feature which remembers the last weight for 30 to 45 minutes so that one doesn’t lose sight of things if the machine shuts off before they are done. Most of them also come in a slim and smart profile, making it easier to store in a kitchen cabinet. A stainless steel weighing platform is always ideal as the best feature of stainless steel is easy cleaning without the possibility of the accumulation of rust.

While digital food scales may sound the perfect option, and to some extent they are, they can have a few cons to them as well. For example, digital scales are sensitive to the dishwasher. When put through a dishwasher, the scale can stop working entirely. Plus, they work via batteries. In case of a low battery scenario where there is no power to recharge the scale, one can face inconvenience for the time being. 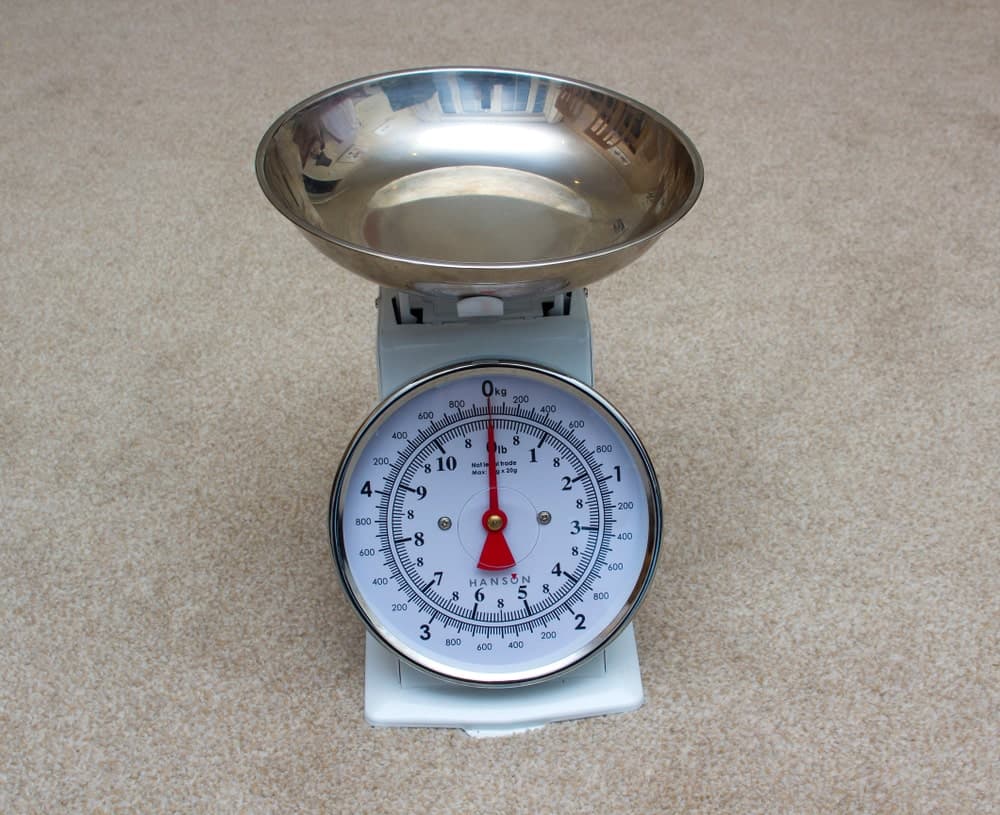 These scales can either be mechanical or digital; what makes them distinctive is that they come with a large removable bowl. According to the need, the bowl can be changed to a larger size or a smaller one as well. Since they are originally available with a large bowl, they are ideally known as large capacity scales. That being said, there are large-capacity scales that have a fixed countertop. Typically, digital large-capacity kitchen scales boast permanent countertops.

Generally, these kitchen scales are best for commercial kitchens in restaurants and industries. Smaller scales can only measure up to 5 lbs. But that’s not the case with large-capacity kitchen scales. Apparently, these scales can measure large weights very easily. Whether it is a large fish that needs to be measured or kilos of spices, larger items can easily be weighed. Since they have a generous weighing platform and visible digital screen, it is easy to weigh the object. With a large amount of space, it will also be easier to clean and handle the scale.

Before investing in large-capacity scales, it is important to note the requirements for which the scale is needed. If big items have to be measured on a daily basis, it is best to go for large-capacity kitchen scales. Or else, go for the one that has a removable top. 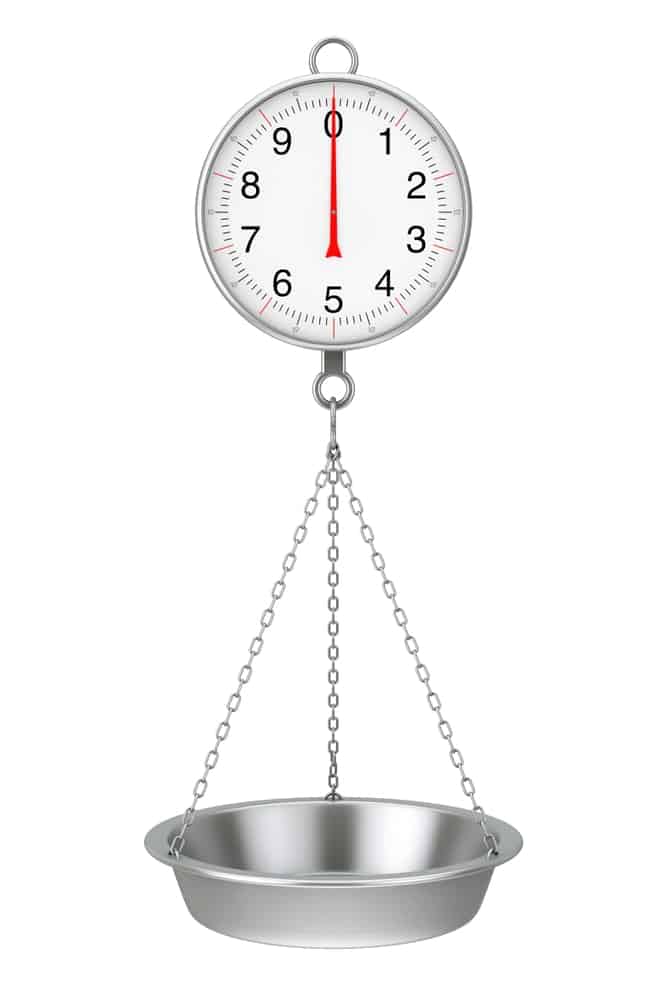 Hanging scales happen to be an old tool for measuring weight. Generally, these gadgets come with a hook on its bottom side from where the item that needs to be weighed is attached. When the weighing item is attached to the hook, it faces toward the downward position and measures the total amount with high precision. But that’s not the only type of hanging scales available; luckily, there is a diverse range of hanging scales present on the market. For example, not all hanging scales come with a bottom hook. Some of them have an empty steel dish chained in which a weighing item is placed.

Different hanging scales have different sizes of dishes. Typically, they come with a weighing size best for measuring small quantities. Please note that it is easier to measure the weight of small quantities in hanging scales. But when it comes to hanging scales with a bottom hook, not every item can be measured. Mostly it is used by fishermen for weighing big fish. Owing to their portability, lifting ability, and high precision, hanging scales are valued in several workspaces ranging from medical labs to industries to outdoor works.

Typically, hanging scales are divided into types – analog hanging scales and digital hanging scales. Both analog and digital scales have common parts such as hooks, face, a scoop/pan, and housing (aluminum, steel, plastic). Sometimes, they also boast two hooks, rings, and loops. While they share common features, there are some apparent differences as well.

Analog hanging scales are portable and affordable weighing gadgets, used for a wide range of applications. Ideally, they are seen in retail markets, where handheld, portable scales are preferable. But most people also take them to lakes to have a rough estimate of the weight of their recent catch. 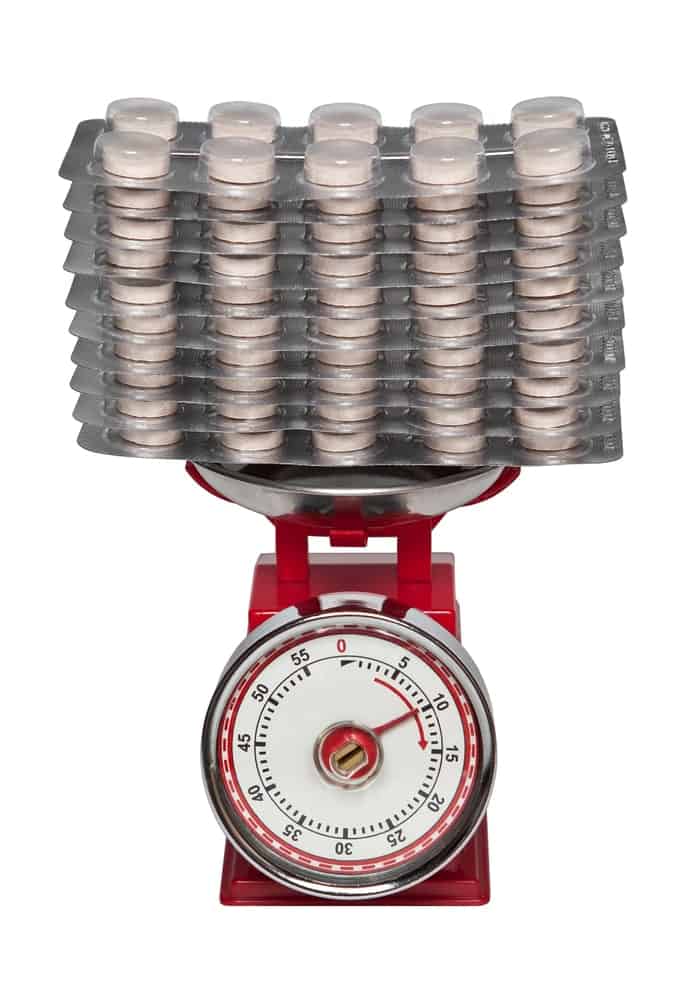 As the name suggests, top-loading dial scales refer to those scales where the items can be piled over one another and can be weighed together. This type of scale is used for weighing stacks of laundry, fruits, and vegetables, portions of meat, or packaged food. Many restaurants have these scales for weighing accurate food portions. They are also used during the construction of products which include ingredients according to the overall weight.

They boast plenty of features like strong and sturdy construction usually in stainless steel, easy weight viewing angle for accurate readability, and temperature compensation for precise measurements in pronto. They happen to be available at an affordable price range so they are the perfect option for people with a medium budget. Top-loading dial scales also occupy less space and therefore are ideal for limited space.

Below the movable bowl is the dial which gives the exact reading once the weight is placed on top. Usually, these scales come with weight measurement for up to ¼ lb. However, the item is versatile and can be found with varying weight increments. 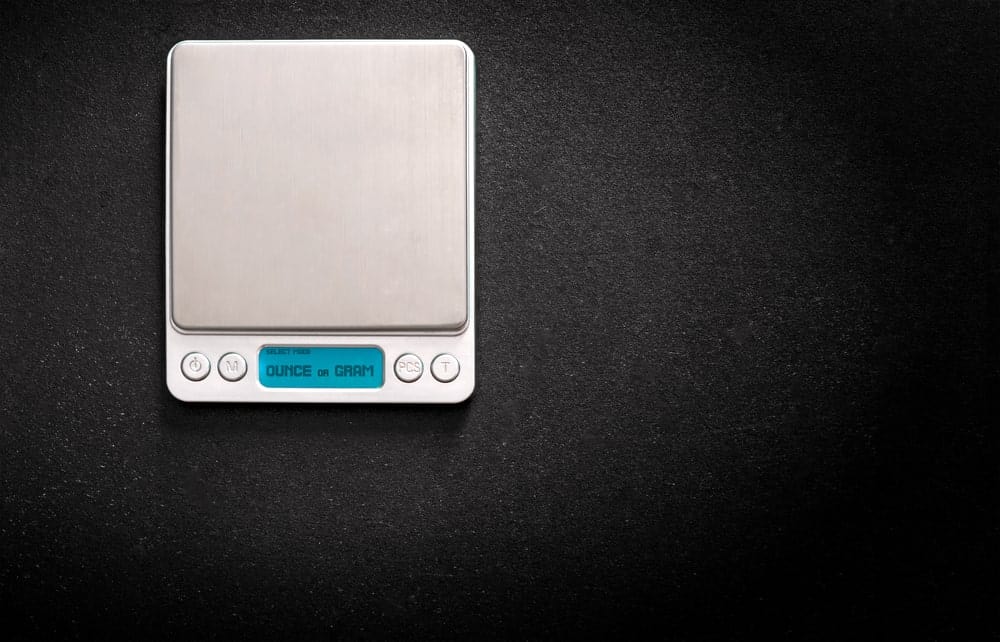 Metric system scales come with some basic, yet essential units for weight including the gram, liter, and meter. This means that with the help of these units, both liquid and non-liquid ingredients can be weighed. This is the reason why they are essential equipment for cooking and baking.

By investing in good quality of kitchen scales and using them for measuring purposes, the user will instantly feel a great deal of ease and convenience.