The three bed and five bath mid-century home boasts a 4,106 square feet space and a stylish interior decorations while the outdoor is complete with entertainment spaces. 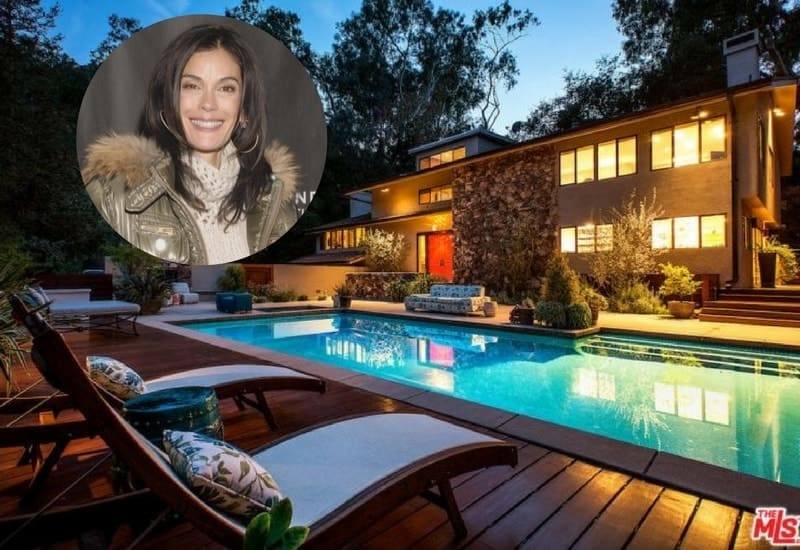 Before she becoming a well-known actress, Teri Hatcher started her career in entertainment as a cheerleader for the San Francisco 49ers.

After her cheerleading job for the San Francisco 49ers, she finally landed a recurring role on the TV series MacGyver. In 1993, she hit a big time role on Lois & Clark, as Superman’s girlfriend journalist Lois Lane. Hatcher’s break from Lois & Clark led her to a couple of good series, as she took a darker role in Two Days in the Valley, portraying as a woman who wants her ex-husband dead along with the 1997 installment of the series Tomorrow Never Dies with Pierce Brosnan, where she took another iconic part as the love interest of James Bond.

After crossing in the new millennium, Hatcher took yet another big step on his career, joining Marcia Cross, Felicity Huffman, and Eva Longoria in Desperate Housewives. Portraying Susan Mayer, a divorced mother of one from Wisteria Lane, Hatcher quickly won over audiences. With her exceptional work on the series, she won several awards including a Screen Actors Guild Award and a Golden Globe Award. She received an Emmy Award nomination too and in April 2006, Hatcher etched her name in the industry as one of the highest-paid actresses on U.S. television.

The three bed and five bath midcentury home boasts a 4,106 square feet space and a stylish interior decorations while the outdoor is complete with entertainment spaces.

Along with high-end interior style and a collection of guitars with a baby grand piano, the home also features a foyer leading to living spaces equipped by plush chairs, large couches and a wide screen TV. The library boasts a vintage-style couch and deluxe wooden cabinets while the kitchen has a massive center island. The home’s primary suite is complete with a seating area and a fireplace along with a primary bath with spa-style oasis and a soaking tub.

The home’s outdoor offers maximum entertainment for family and visitors. A stone waterfalls leading to a koi pond set amidst the forest-like landscaping trees while the sprawling lawn has its own playground specially built for children. There’s also a swimming pool and spa combo along with an outdoor kitchen with dining space added by a beautiful view of the canyons and treetops.

Check out the full photo gallery below of Teri Hatcher’s home. 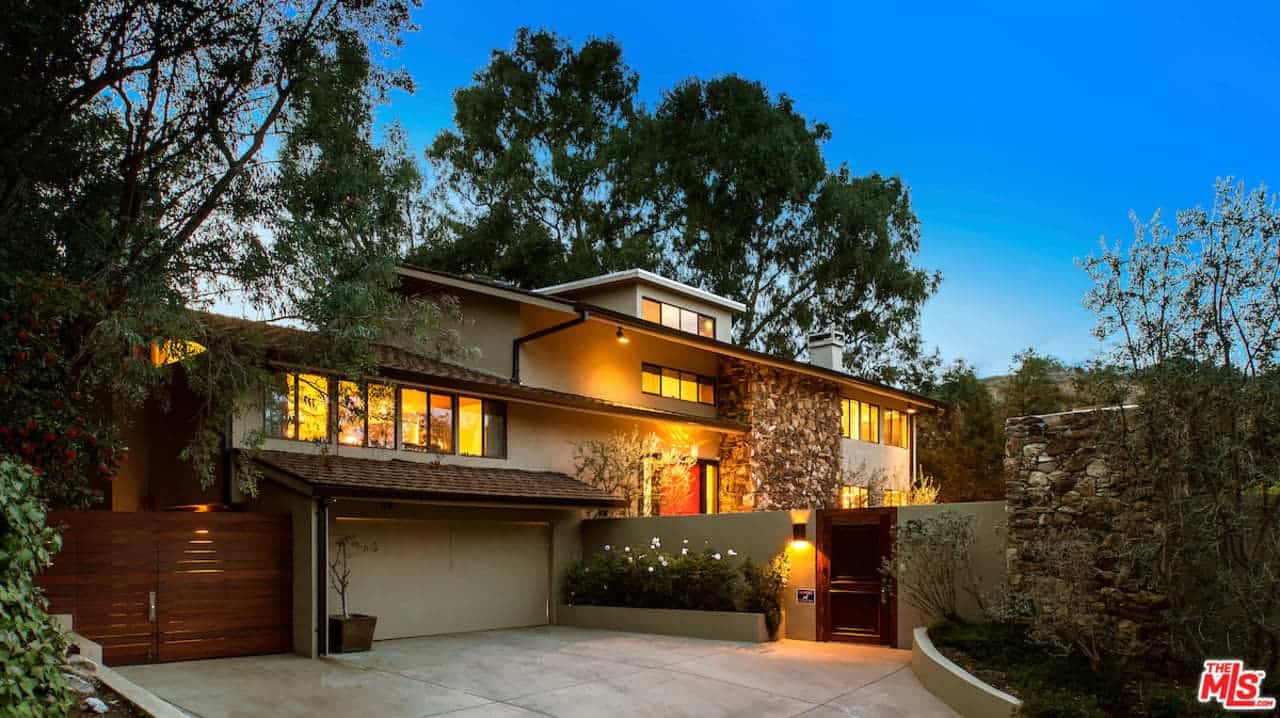 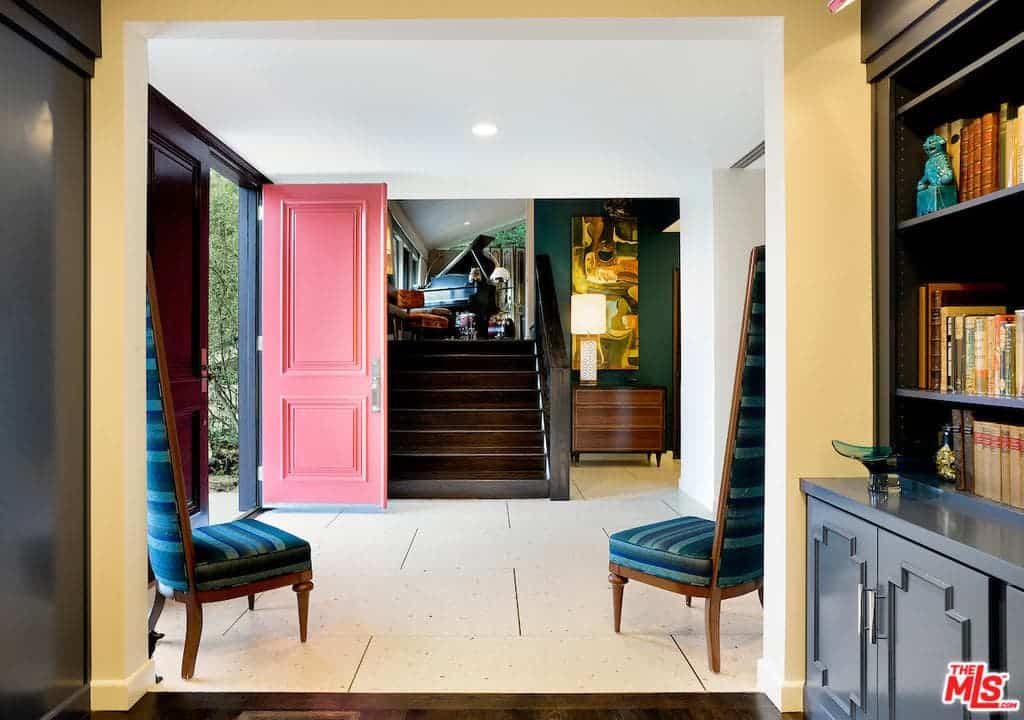 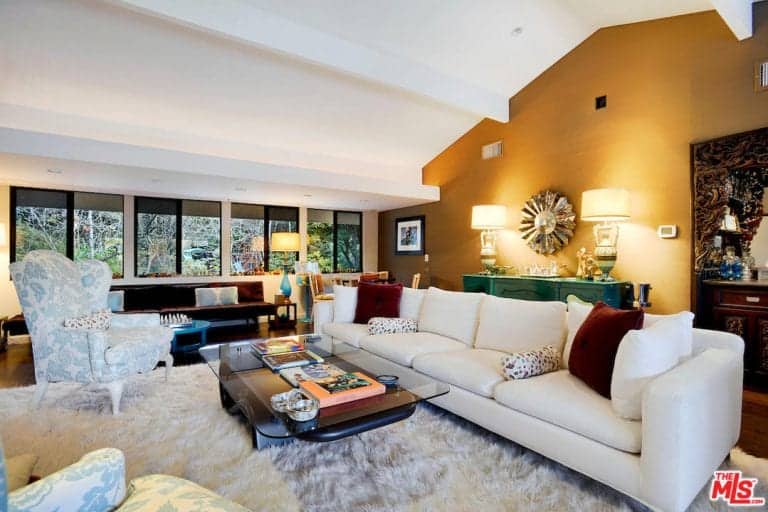 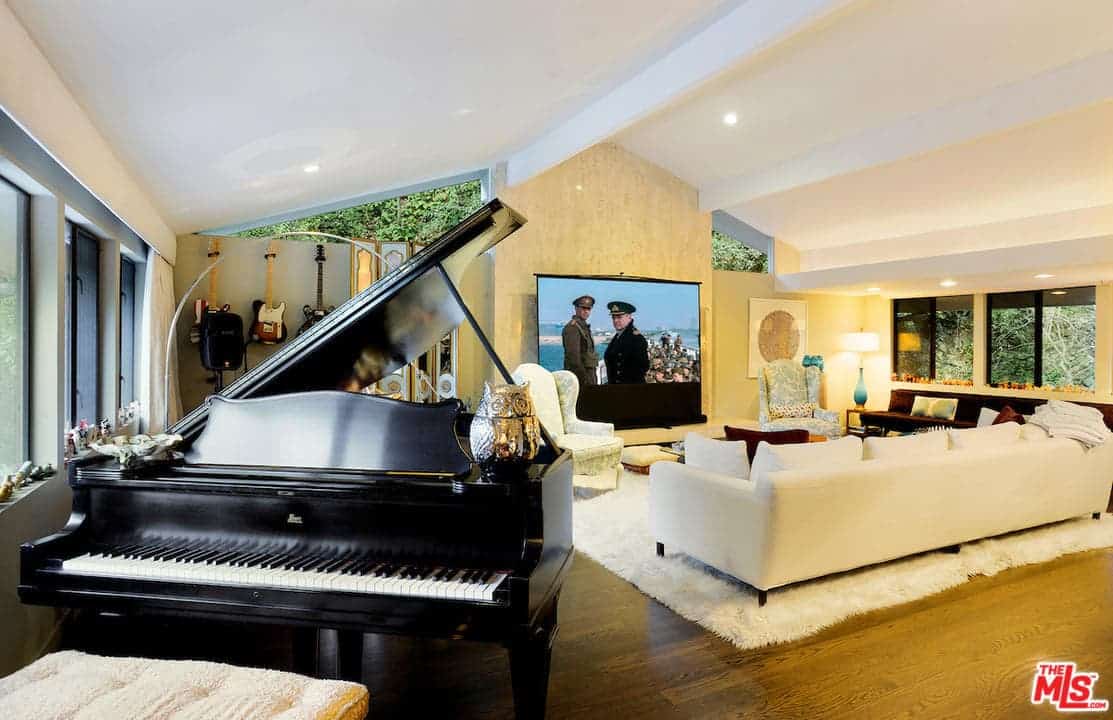 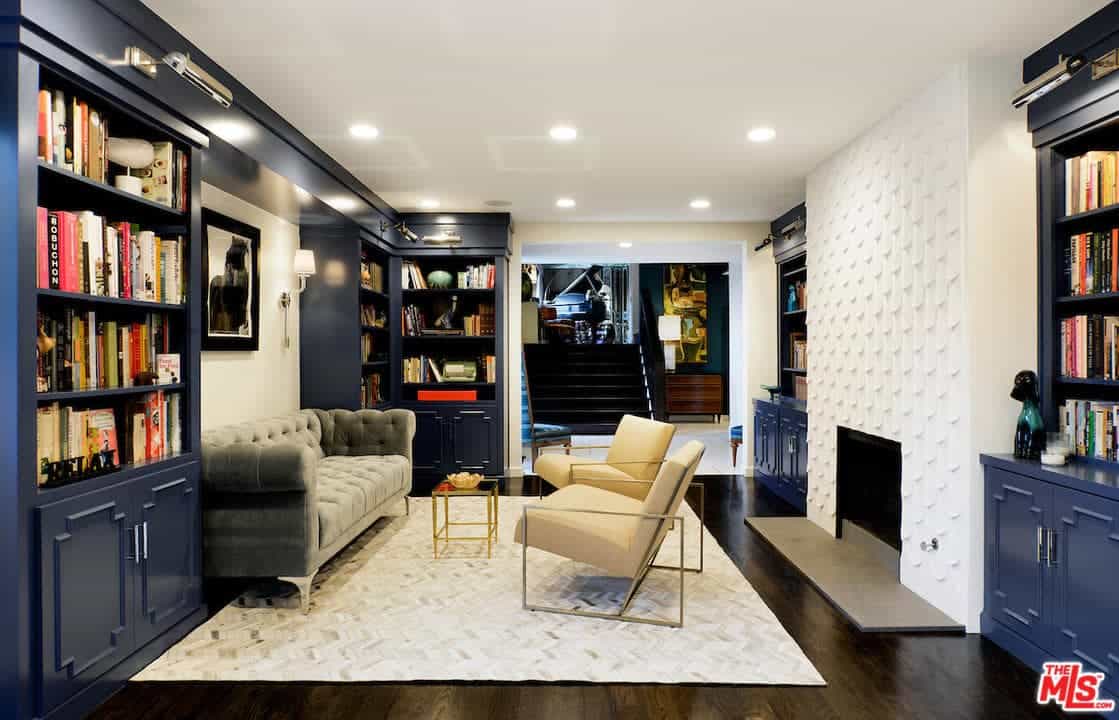 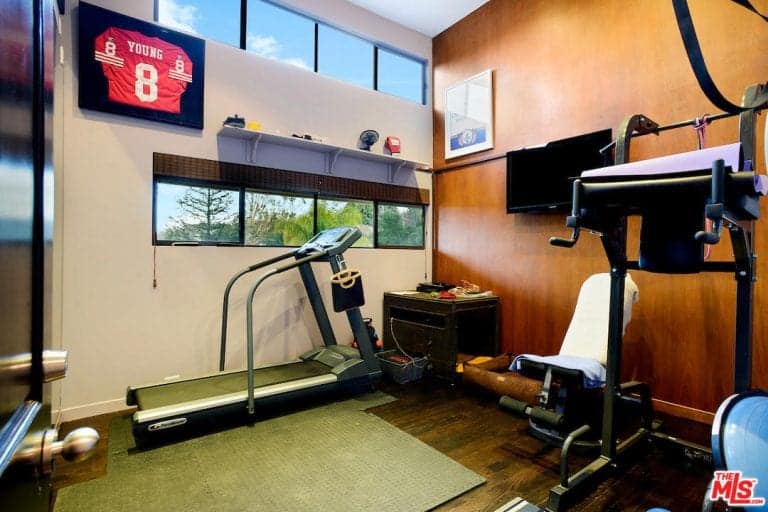 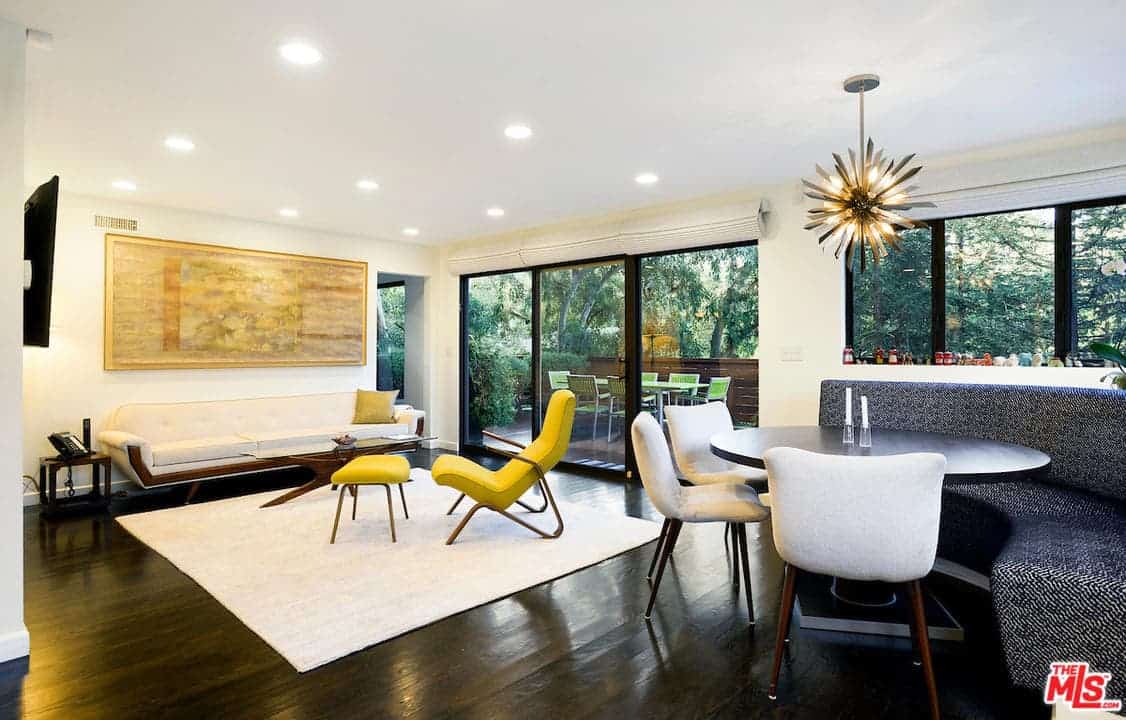 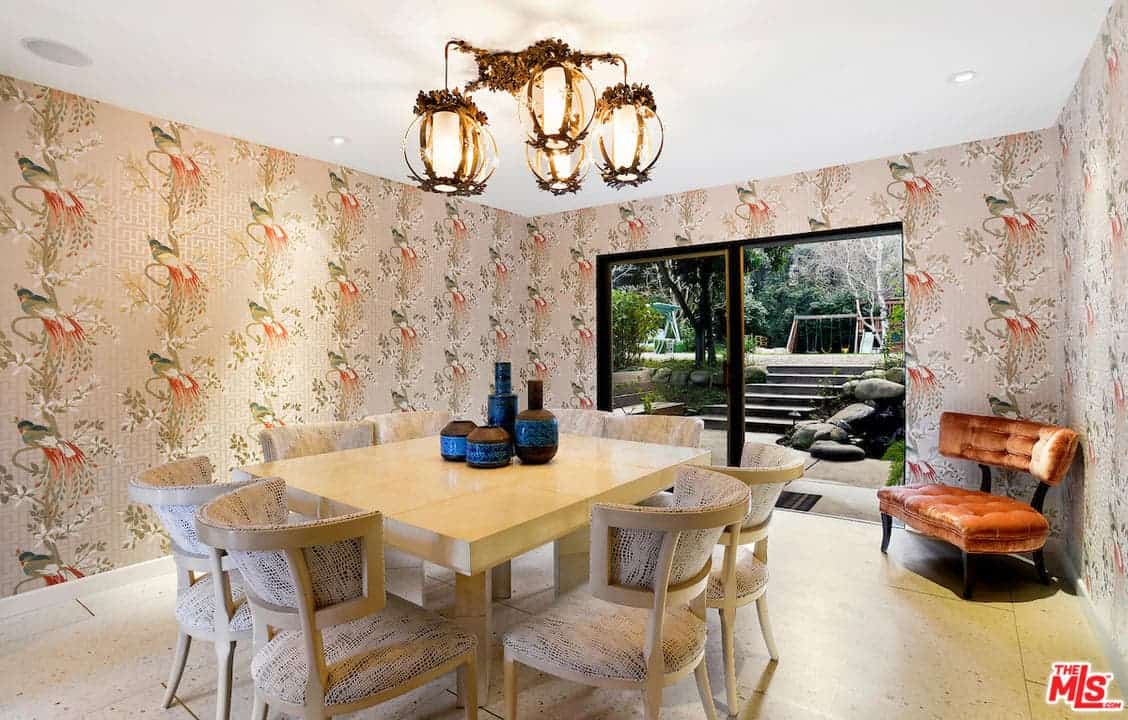 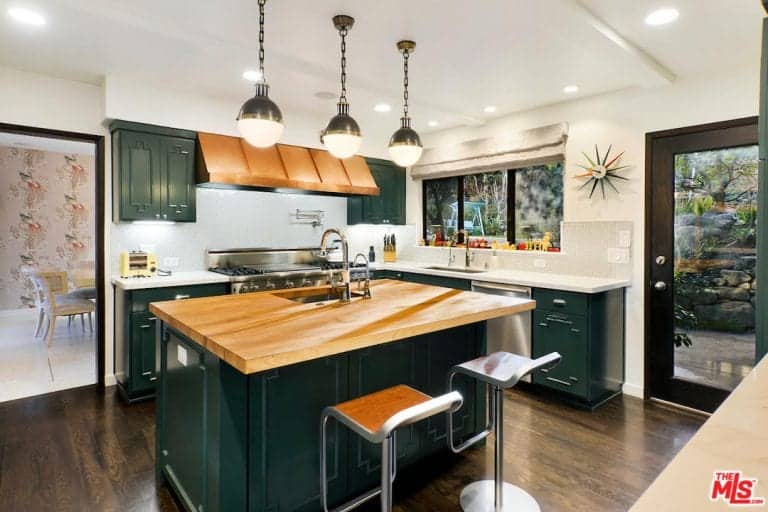 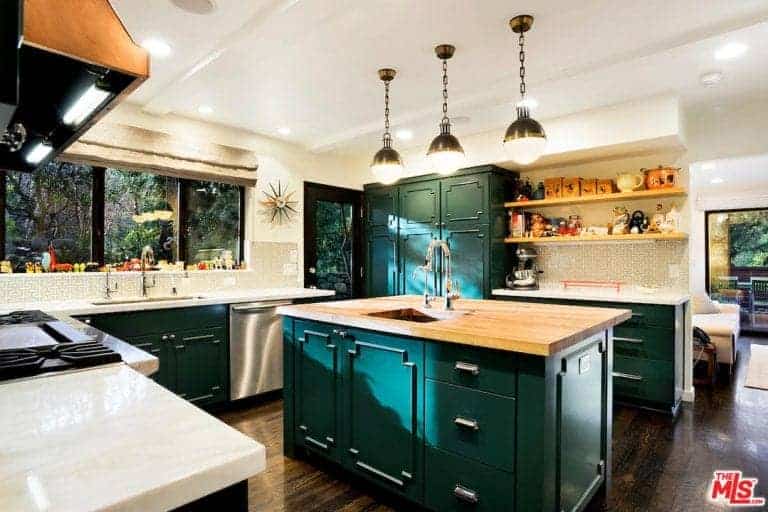 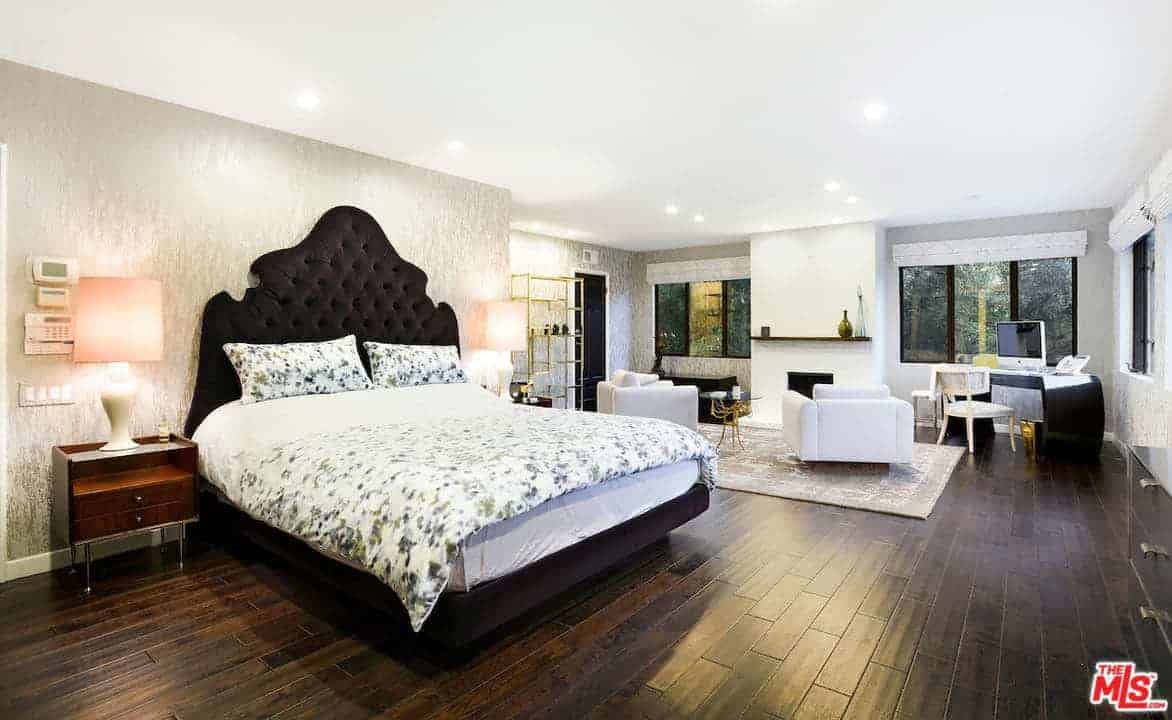 The large luxurious bed stands out in this bedroom with its elegant tufted black headboard contrasting the silver wallpaper. This bed is flanked by lovely table lamps on wooden bedside drawers that complement the hardwood flooring. Source: Trulia 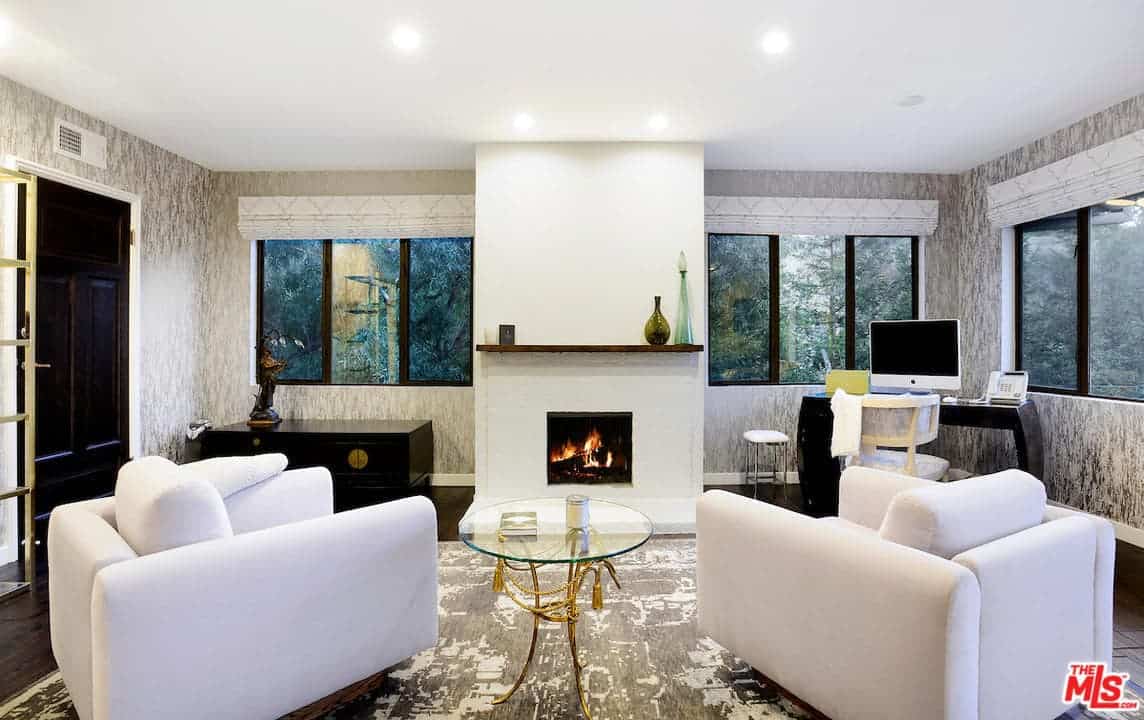 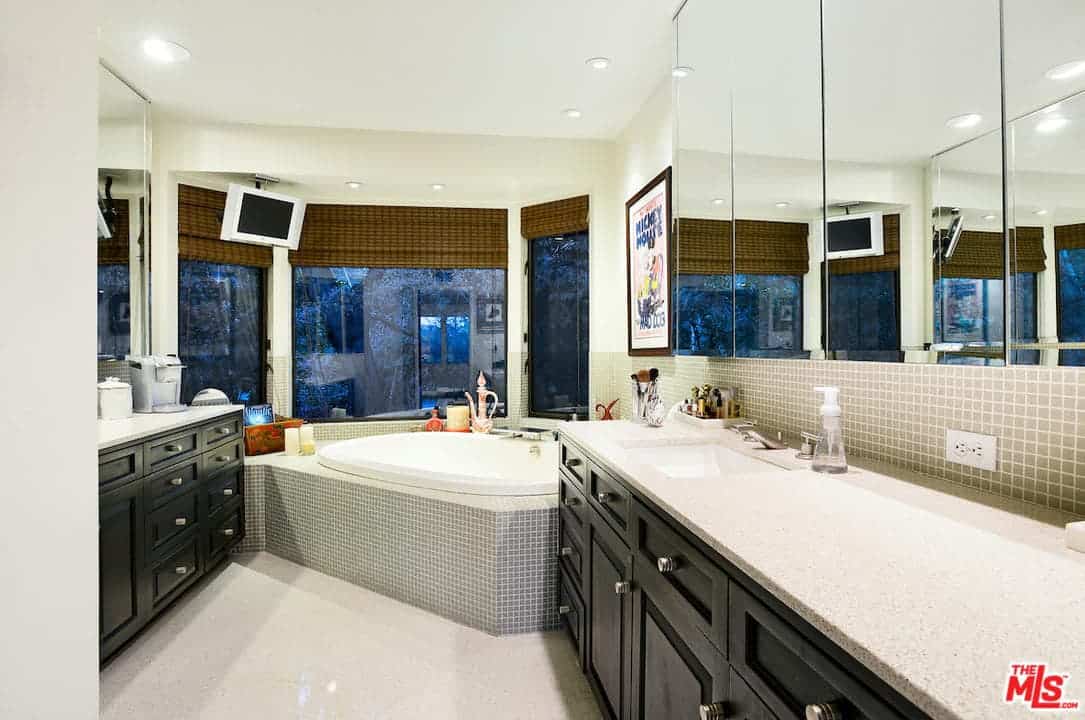 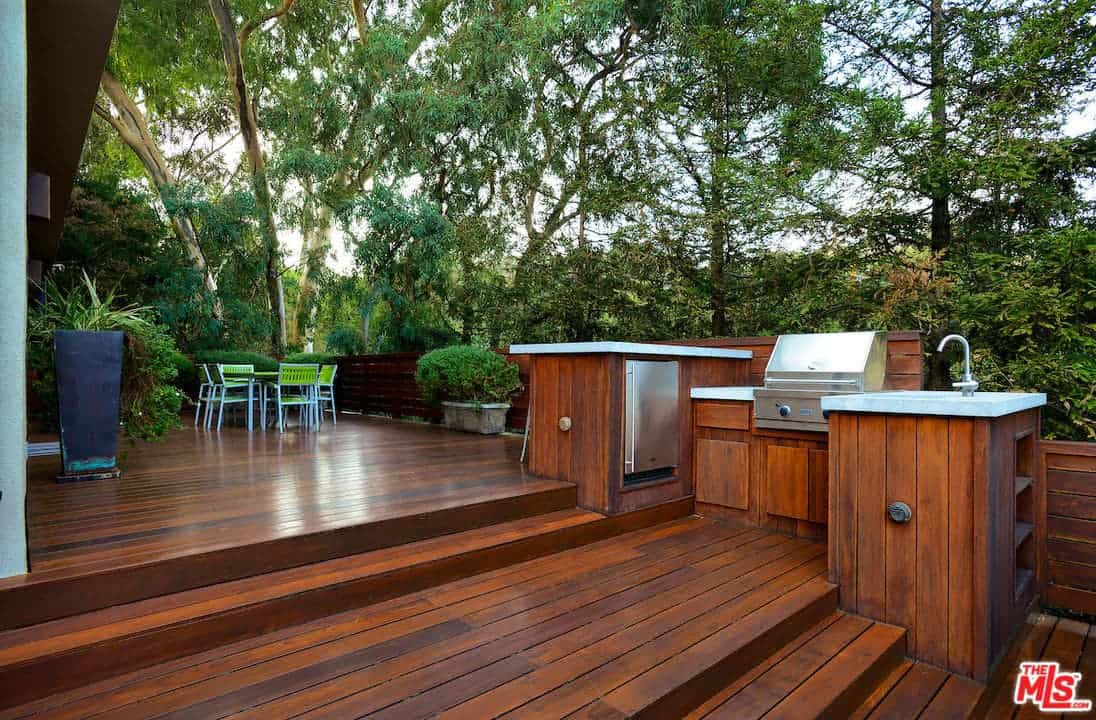 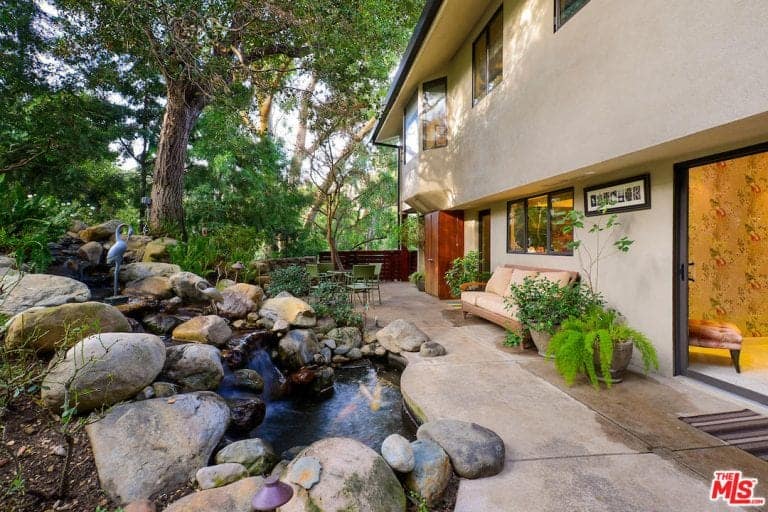 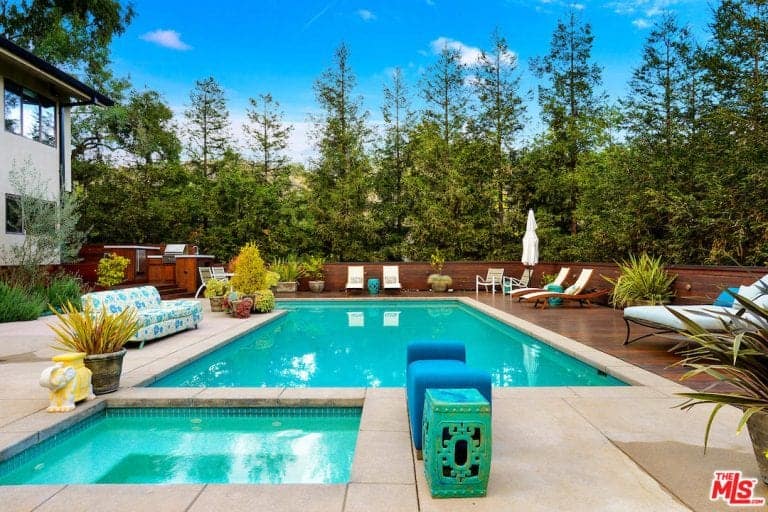 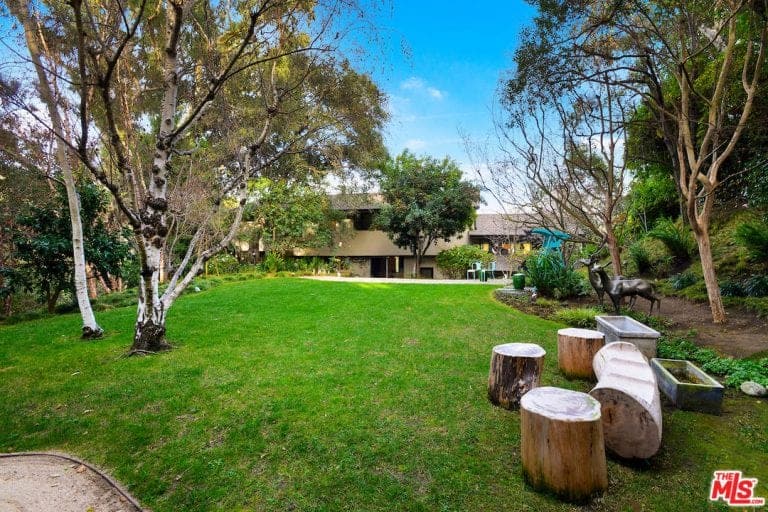 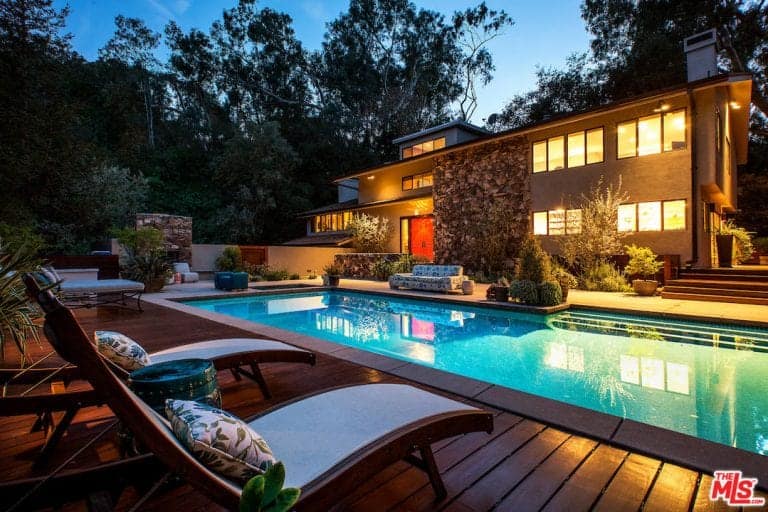 CelebsNetWorthToday.com estimates his fortune at $50 million.