Ali Tamposi may not be quite a household name like Rihanna or Taylor Swift, but the thirty-year-old songwriter is responsible for some songs you are likely to have heard, like Camila Cabello’s #1 smash “Havana,” Kelly Clarkson’s “Stronger (What Doesn’t Kill You),” and the Shawn Mendes and Camila Cabello duet “Señorita.” She has also written hit songs for Demi Lovato, Christina Aguilera, and Beyoncé. For two years, Tamposi also impressed her style on a “mature” Mediterranean villa at the end of a quiet cul de sac at 4423 Ambrose Terrace in the hillside Los Feliz district in central Los Angeles, in the foothills of the Santa Monica mountains.

The listing agent was Sebastian Wolski of Compass, Los Angeles.

Los Feliz is one of the more cerebral and family-oriented neighborhoods of Los Angeles. Near the famous Mt. Griffith Observatory, the Hollyhock House, the Griffith Park Merry-Go-Round, the Greek Theater, the La Luz de Jesus Gallery, and the Los Angeles Zoo, Tamposi’s former home is also convenient to fine dining and specialty shops on Hillhurst Avenue.

Most of the second floor of the home is taken up by the primary bedroom. its spacious bath, and walk-in closets. A rooftop balcony offers views of the Mt. Griffith Observatory and the Hollywood Hills. Also on the second floor are two smaller bedrooms with a shared bathroom with private access.

The compact backyard features a variety of succulents, a mature lemon tree, a miniature vineyard, and a swimming pool with a Baja shelf. There is also a small guesthouse with a full bathroom.

Ali Tamposi put in a new A/C system and updated the guest house and the home’s five bathrooms. She repainted the walls and refinished floors. But she preserved the 1930s-era charm of the home.

Tamposi listed her home with celebrity real estate agent Sebastian Wolski of Compass in October 2019 for $2.8 million. Wolski himself dabbles in show business, having scored a role in a TV movie. Wolski secured multiple offers in a matter of days and was able to enhance the selling price. 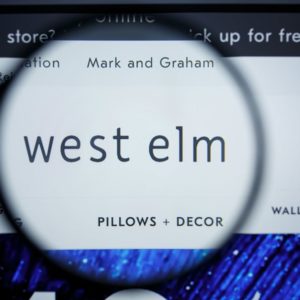 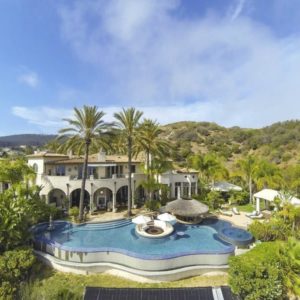