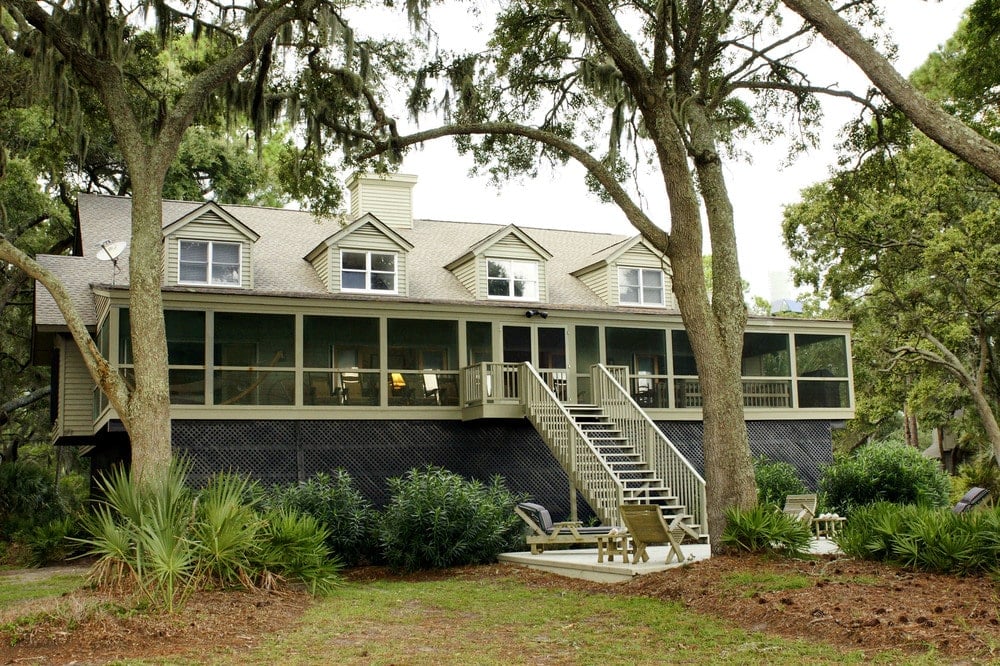 Ted Turner is the highly successful businessman, philanthropist, 1991 “Man of the Year”, launched CNN, and was married to Jane Fonda. In 1979, he purchased St. Phillips Island that he and his family used as a vacation home. This is now on the market priced at $23,777,000.

The island that is measured at 4,680 acres has a caretaker’s house and the main house measuring 3,800 square feet. The main house includes five bedrooms, five baths, a large screened porch, and is completely self-sufficient with solar, backup batteries and its own water tower.

At the age of 24, Ted Turner was thrust into the media business when his father committed suicide and Ted took over the family billboard business, Turner Outdoor Advertising. Ted soon expanded into radio with a few stations and later into the Turner Broadcasting System that began when he purchased a small Atlanta UHF station in 1970.

Always a visionary, Ted was one of the first to use satellite to broadcast his television programming of old movies and sitcom reruns across the United States. He bought the Atlanta Braves and Atlanta Hawks sports teams in 1976 and founded the Goodwill Games in 1986, providing more programming for his WTBS superstation. He launched CNN, the first 24/7 all-news station, in 1980.

Quite diversified in his holdings, Ted is the second-largest private landowner in the United States with 15 ranches on almost two million, using much of the land to provide bison meat for his Ted’s Montana Grill restaurant chain, a business he started in 2002 to help save the animal and also makes him the largest bison farmer in the country.

Turner is known for his charitable and humanitarian work such as his $1 billion pledge to the United Nations Foundation, of which he is the chairman. Turner Broadcasting System continues to acquire or develop more media venues including MGM, Turner Entertainment, Turner Classic Movies, and the Cartoon Network.

He continues his philanthropic pursuits via the Turner Foundation for philanthropic grants and Turner Endangered Species Fund. He was named Time magazine’s “Man of the Year” in 1991, owns World Championship Wrestling, won America’s Cup, and was married to Jane Fonda from 1991 to 2001.

One of the properties in Turner’s real estate collection has recently been put up for sale – an entire private island off the coast of South Carolina. He purchased the 4,680-acre St. Phillips Island in 1979 for family recreational use and, as he told the Wall Street Journal, “While we have enjoyed the island and made so many wonderful memories there, we, unfortunately, are not able to visit it as much as we would like. Therefore, we have chosen to sell the property, in an attempt to pass on St. Phillips Island to another family who will enjoy this natural oasis as much as we did.”

Accessed only by boat from the mainland, the island has only two structures including the main house, which Turner built soon after purchasing the island, and the caretaker’s house. St. Phillips Island is one of the few barrier islands in the southeastern U.S. that has a long, white sandy beach and total privacy.

When docking at the island’s pier, it is a four-mile ride through unspoiled natural woods and trails to the house by SUV or cart. Since the island has been preserved under a conservation easement, all improvements are completely self-sufficient with solar, backup batteries, and its own water tower. Under the easement, the island is to be kept in its natural condition allowing for only ten residences.

The Turners have enjoyed boating, skiing, fishing, and entertaining family and friends while maintaining the island’s natural beauty. He also imported the Southern Fox Squirrel ten years ago under the Turner Endangered Species Fund to help repopulate the endangered species. For more information.

The 3,800-square-foot main house has five bedrooms and five baths with a large screened porch. The island is located off the Atlantic coast near Hilton Head and Beaufort, South Carolina. The asking price is $23,777,000. 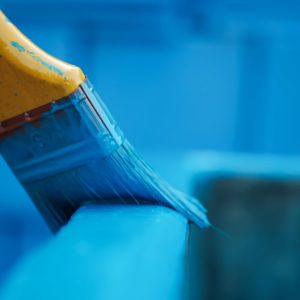 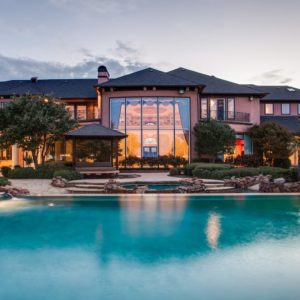