Rapper Eminem just listed his six-bed, nine-and-a-half-bath house in his home state of Michigan for just under $2 million. Eminem had 10 albums ranked number one on the Billboard 200 and five singles that also ranked number one on the Billboard Hot 100. With US sales of 45.1 million albums and 42 million tracks, Eminem is the second best-selling male artist of the Nielsen SoundScan era, the sixth best-selling artist in the United States and the best-selling hip-hop artist. Globally, he has sold more than 172 million albums, making him one of the world’s best-selling artists. Rolling Stone ranked him 83rd on its list of 100 Greatest Artists of All Time, calling him the King of Hip Hop.

Eminem lists his massive Michigan home for $2M. This contemporary mansion has six bedrooms plus plenty of amenities including a guard house.

Traversing a 17,500-square-foot Rochester Hills property, previously owned by former Kmart Chairman Chuck Conaway, this house is rarely stayed at by Eminem. This contemporary-style mansion is situated in Rochester Hills, Michigan in a wealthy suburb of Detroit. With six bedrooms and 9.5 bathrooms, this home is a steal.

The new owner will love the unique features of the house which includes a five-car garage, a tennis court, a pool plus an extra spot for security. It lists a “guard house” as a selling point.

The Bedrooms: Every bedroom in the main house is a suite, providing plenty of space for a busy, growing family.

Guest House: This house has a separate guest house with its own game room.

Amenities: Speaking of amenities, this house features a tennis court, a waterfall pool with a spa and an entertainment cabana.

Below is the full photo gallery of Eminem’s Michigan mansion.

Here’s a map of the Rochester Hills, MI area:

His net worth of $210 million ranks him as the sixth richest rapper in the world, ahead of artists such as Usher, 50 Cent and Kanye West. 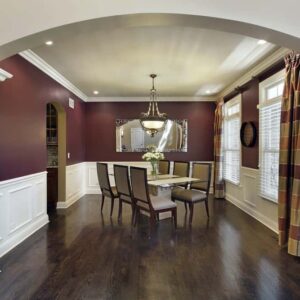 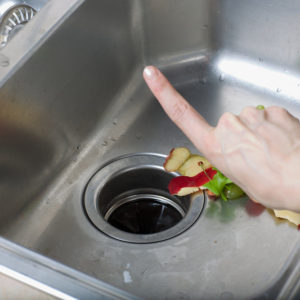