Richard Gere is the world-famous actor who made countless women swoon with his romantic movies. His historic 1902 Hamptons waterfront property was sold at the price of $33 million.

The Strongheart Manor main house is measured at 12,000 square feet with 12 bedrooms, 12 bathrooms, stone fireplaces, dark hardwood flooring, and a large kitchen with a cove ceiling. The property also boasts of two other homes on the property designated as guest houses, and a romantic tea house by the water.

Pretty Lady heartthrob Richard Gere has been patiently holding on to his historic 1902 Hamptons waterfront property for three years waiting for the right buyer to come along. Though never publicized and only occasionally mentioned in the press due to Gere’s desire to protect his privacy, those who took the time to delve further were struck by the feeling of walking back into history.

Rolling lawns ending at water’s edge, a tea house poised to catch the sunsets over the water, a swimming pool tucked unobtrusively into the landscape and three impeccably preserved historic brick buildings created a peaceful, almost magical environment for relaxation and introspection.

The Strongheart Manor main house of 12,000 square feet has 12 bedrooms and 12 baths with modern interior updates while still maintaining its vintage charm. There are two other homes on the property of the same architecture designated as guest houses but appearing to be mansions in their own right. After the initial construction at the turn of the century, the 6.3-acre estate was added onto and further developed over the years, including the romantic tea house by the water.

Originally listed in 2013 at $65 million, the following year Richard lowered the asking price to $56 million and further to $47 million. It wasn’t until the most recent price cut to $36.5 million that the property started to draw serious interest. It has just sold to Matt Lauer, host of NBC’s The Today Show, for $33 million.

Richard Gere has been filming Oppenheimer Strategies scheduled to be released in 2016 and The Dinner, scheduled for release in 2017. 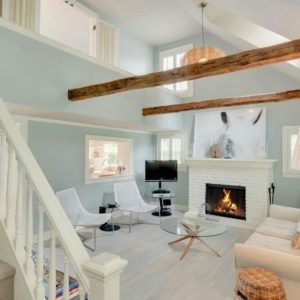 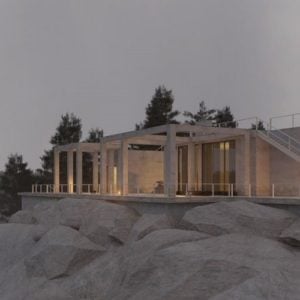