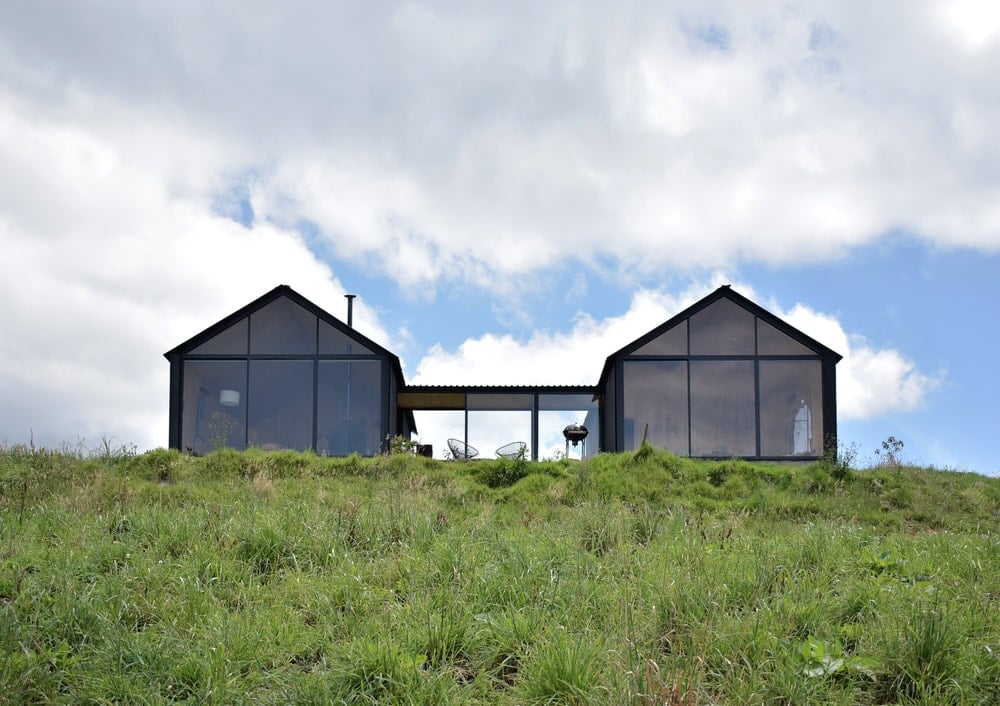 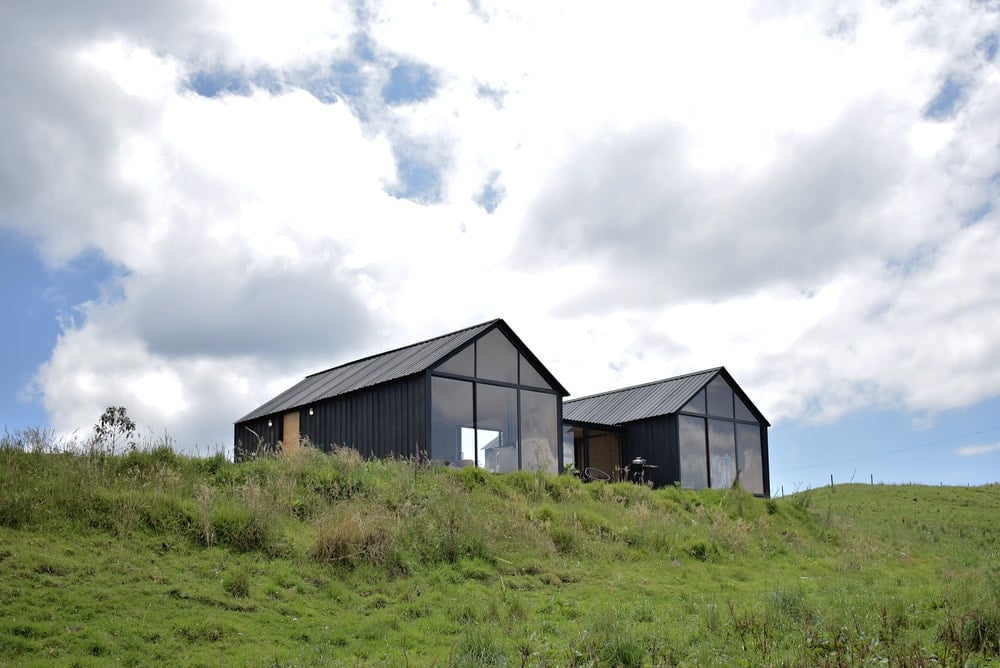 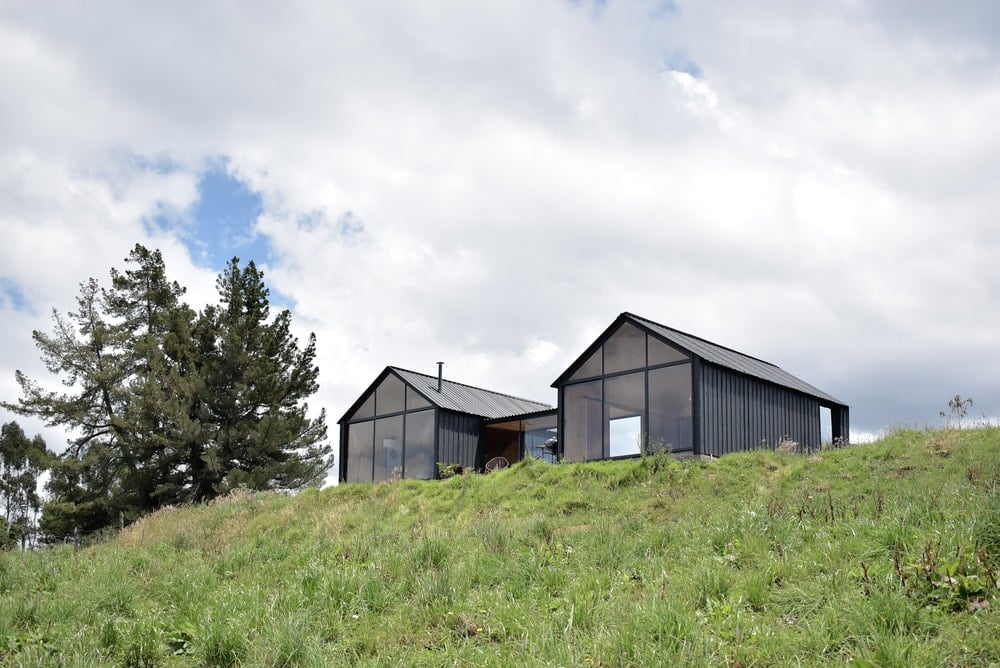 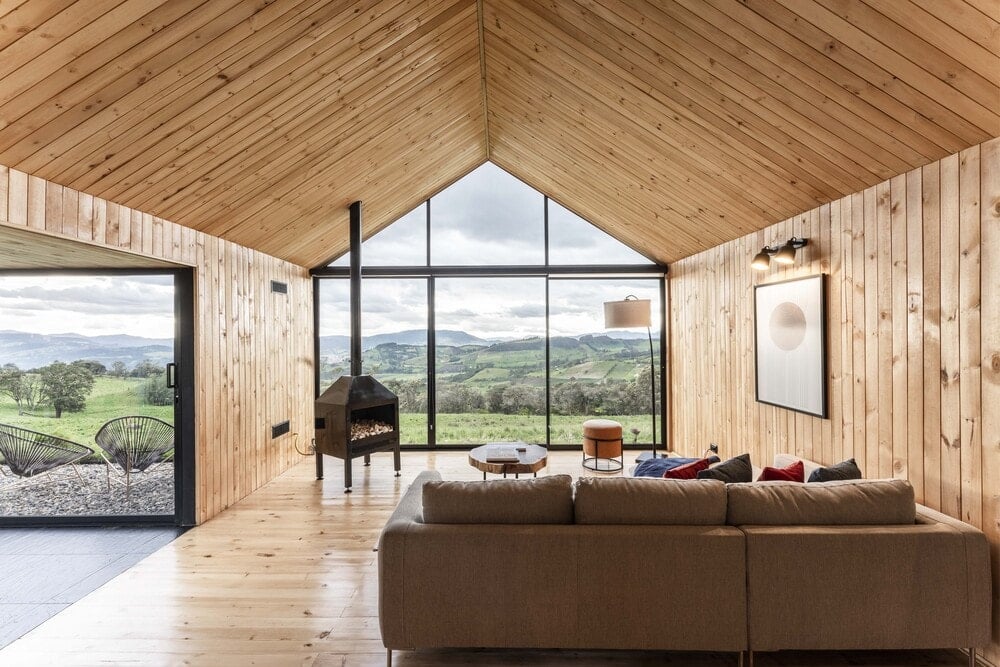 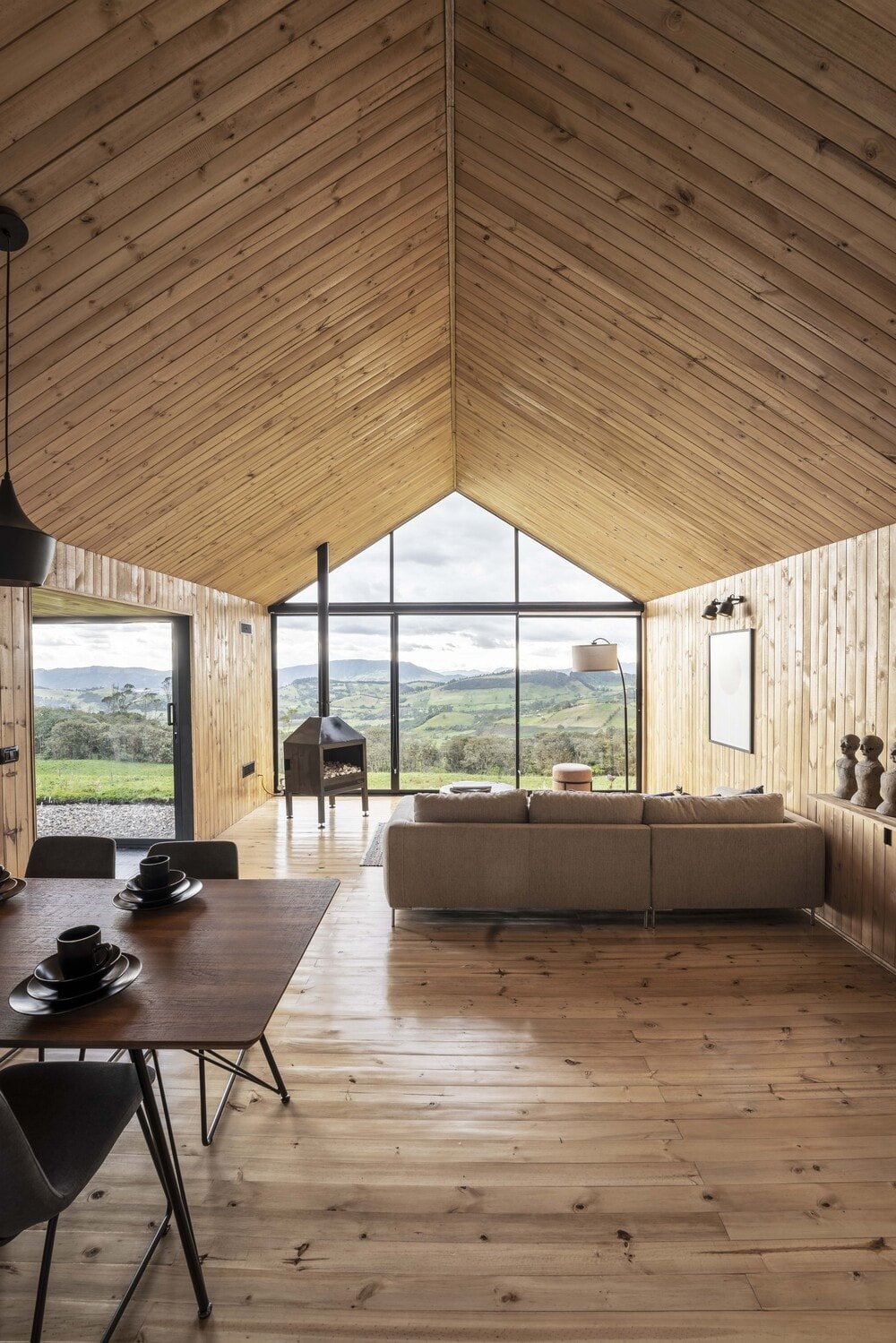 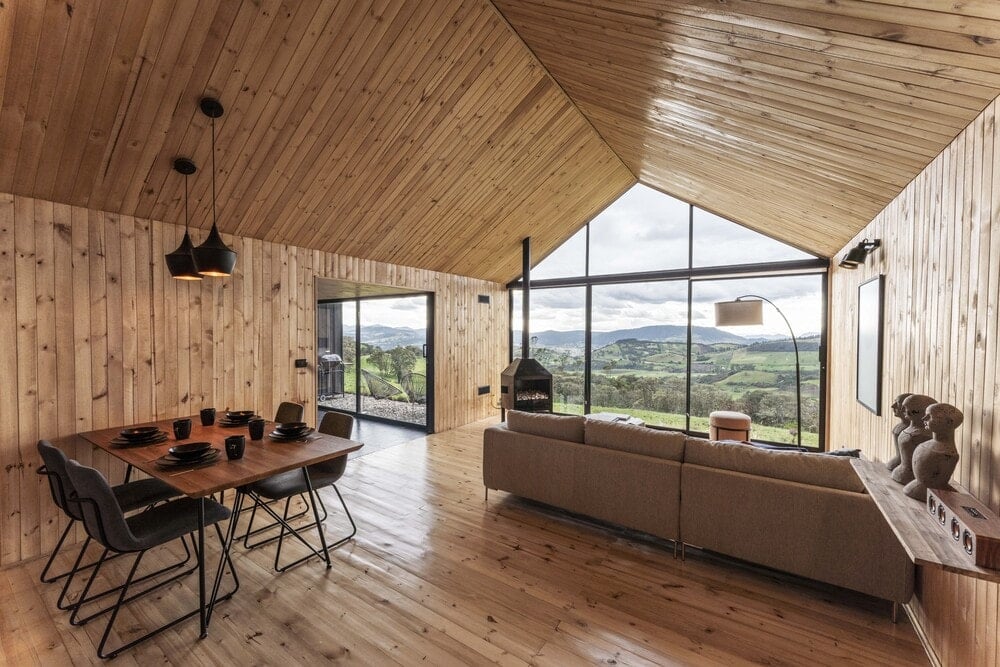 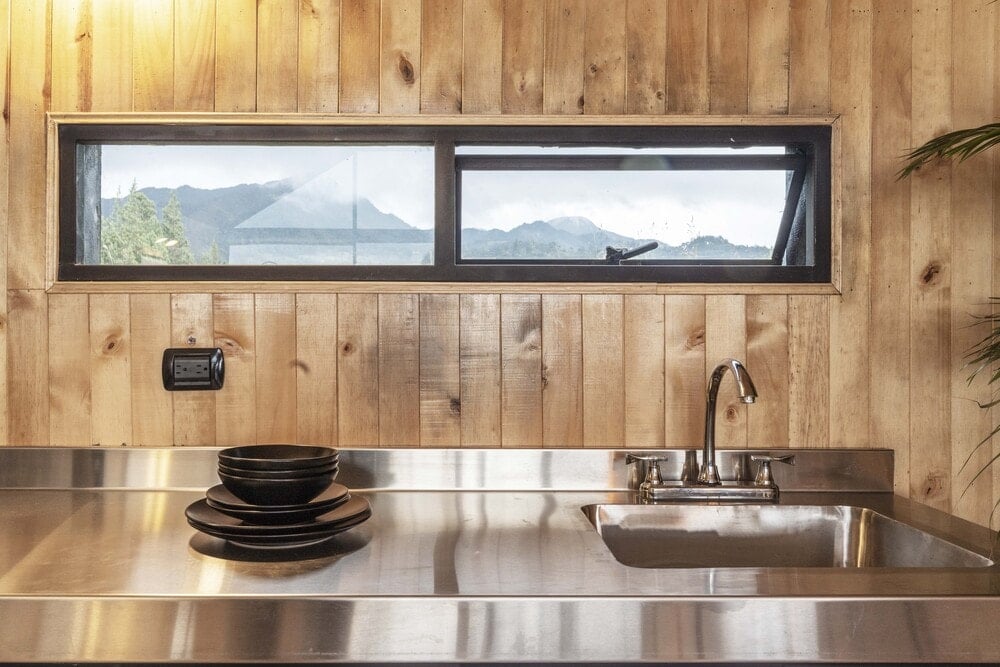 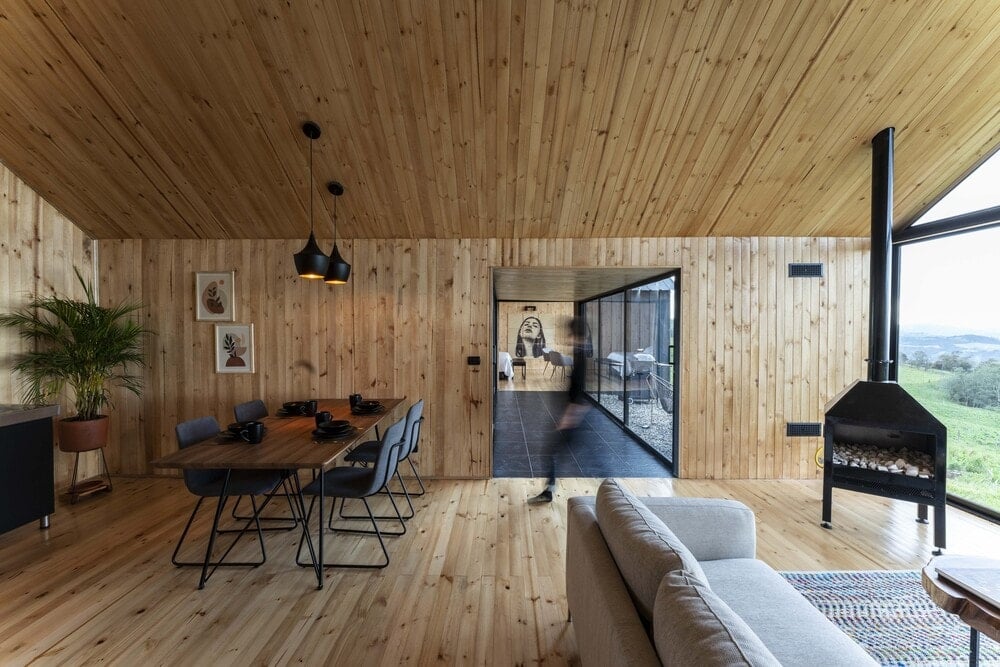 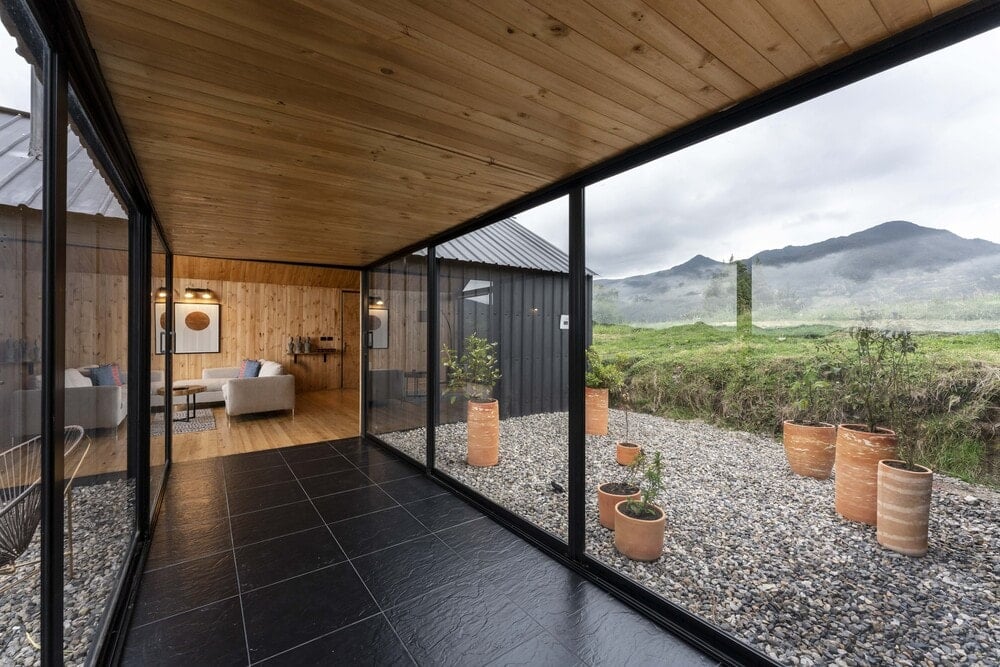 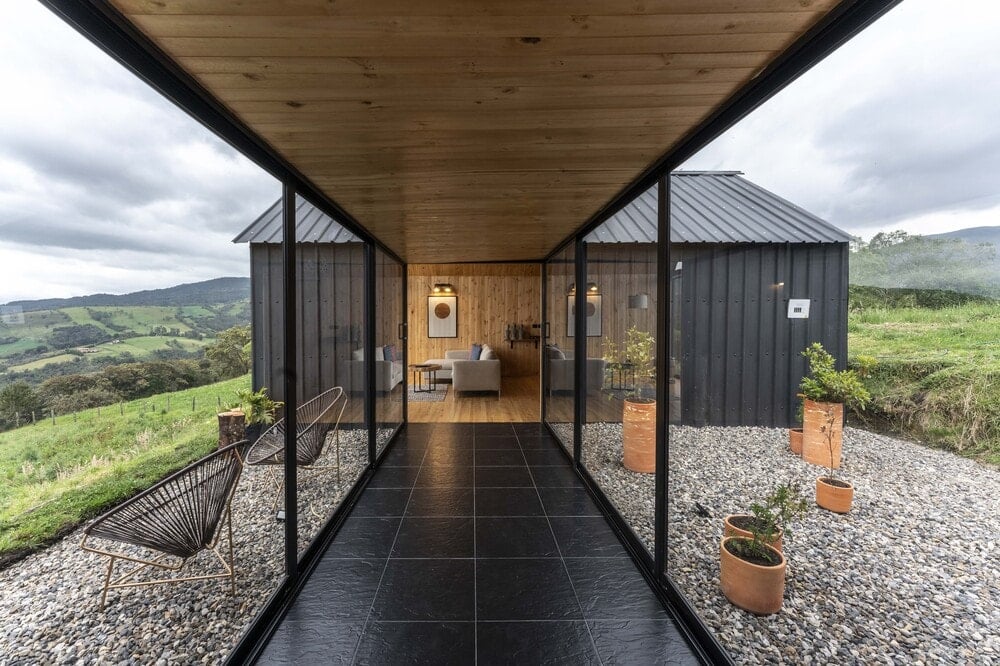 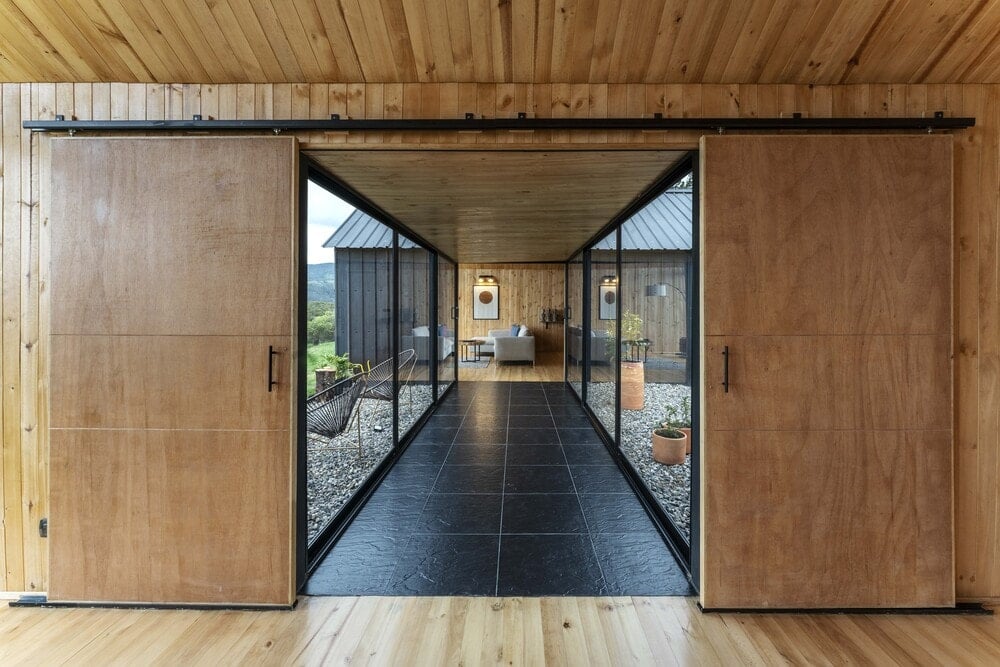 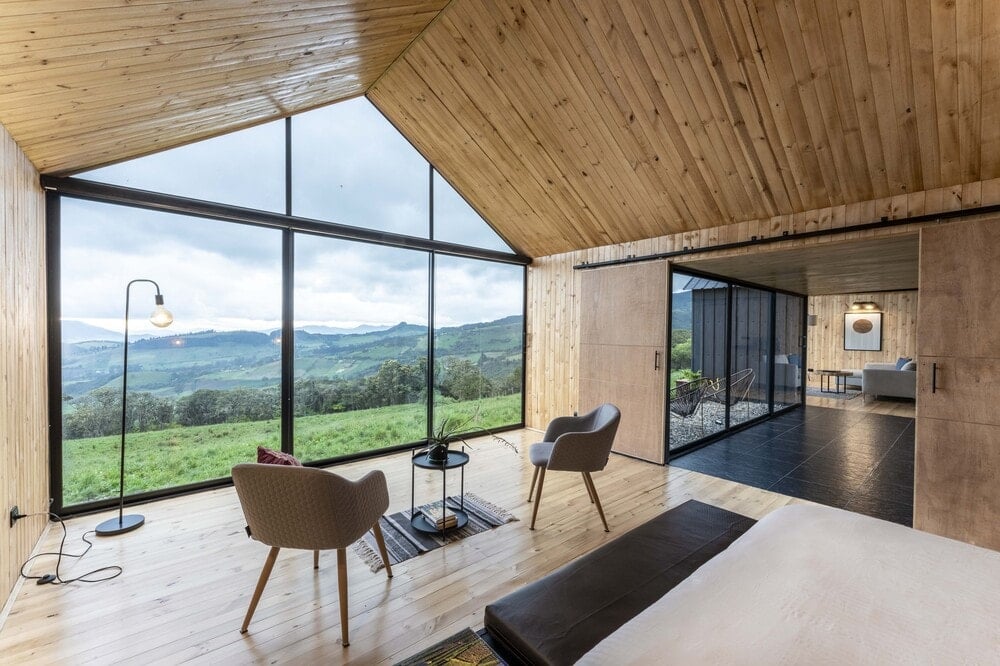 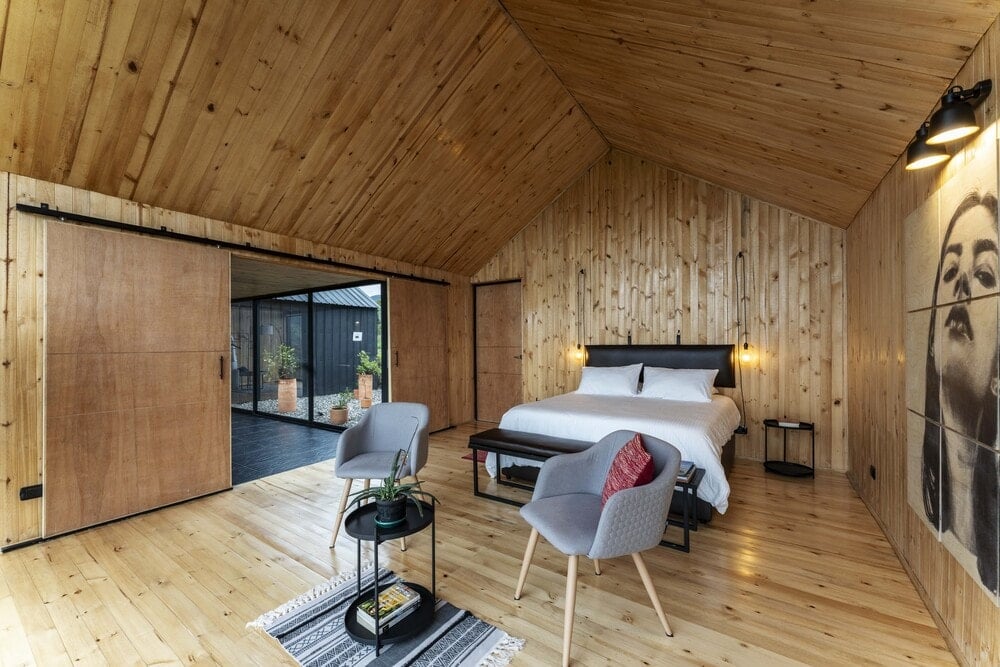 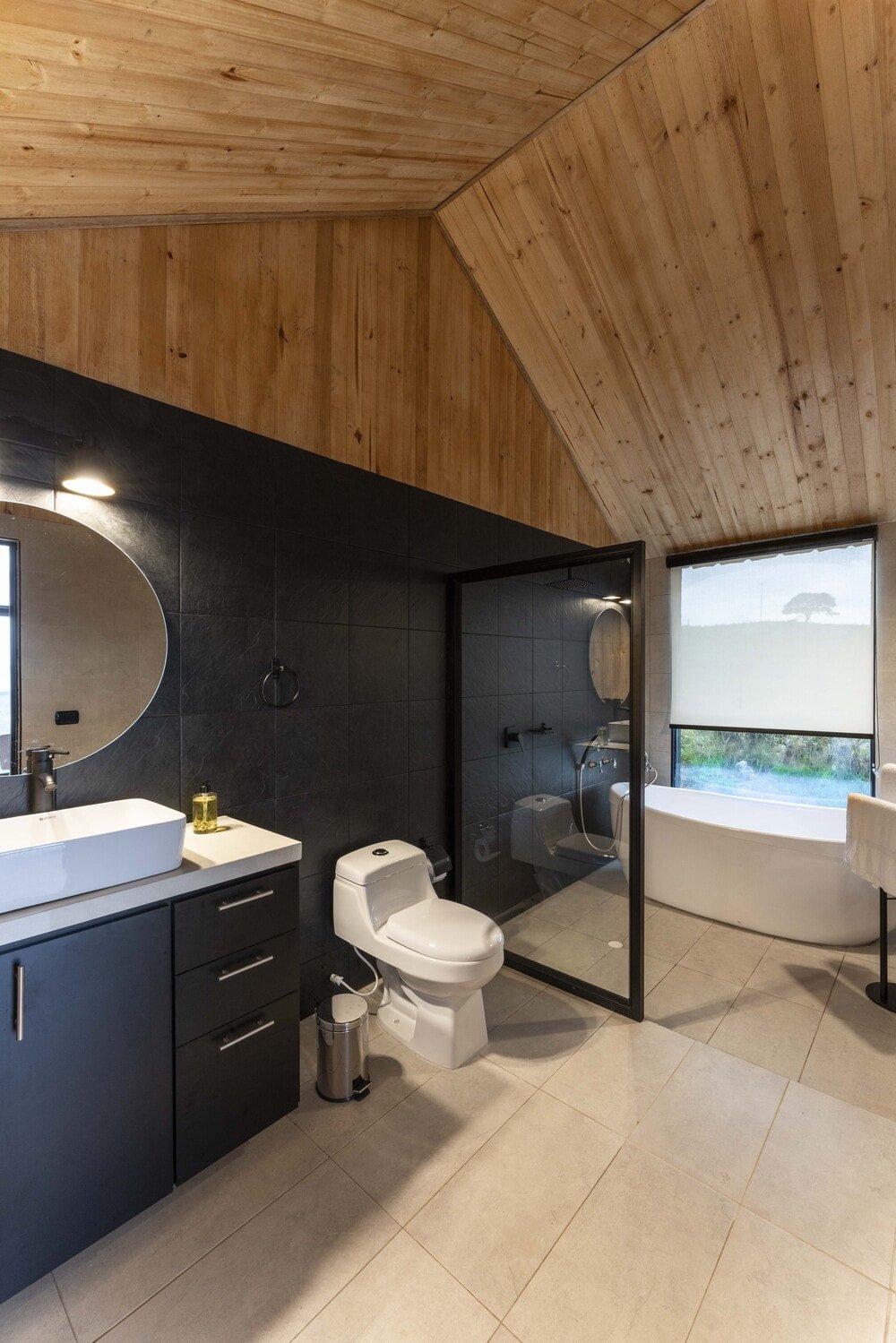 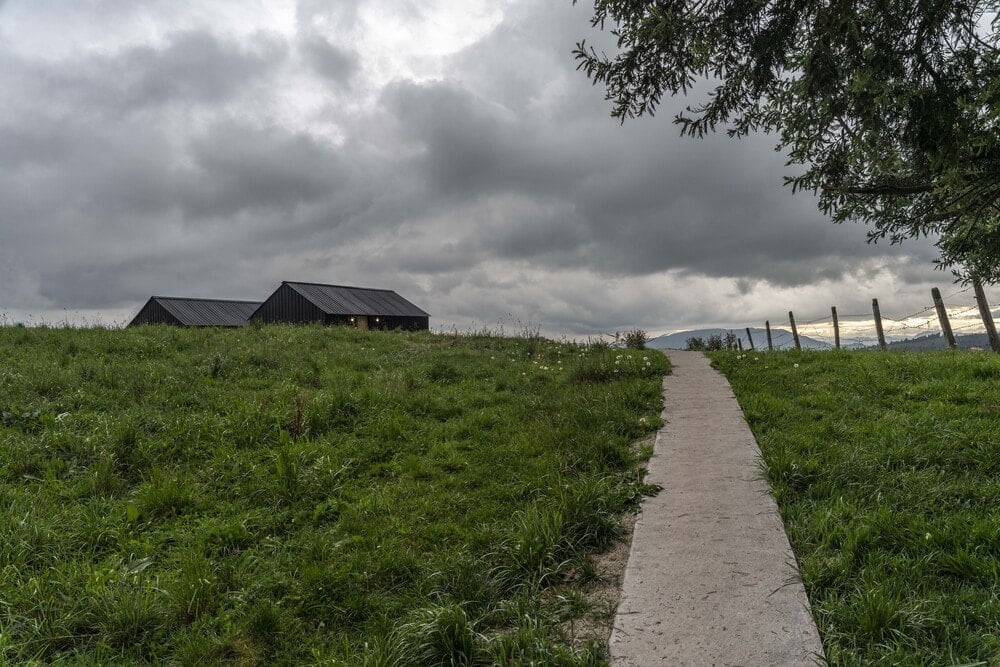 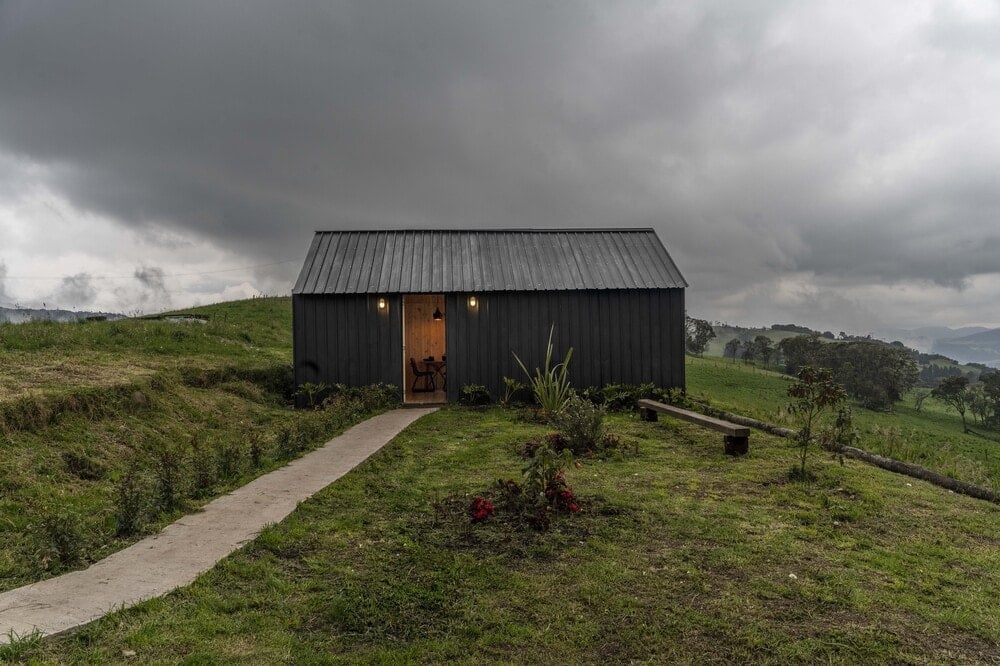 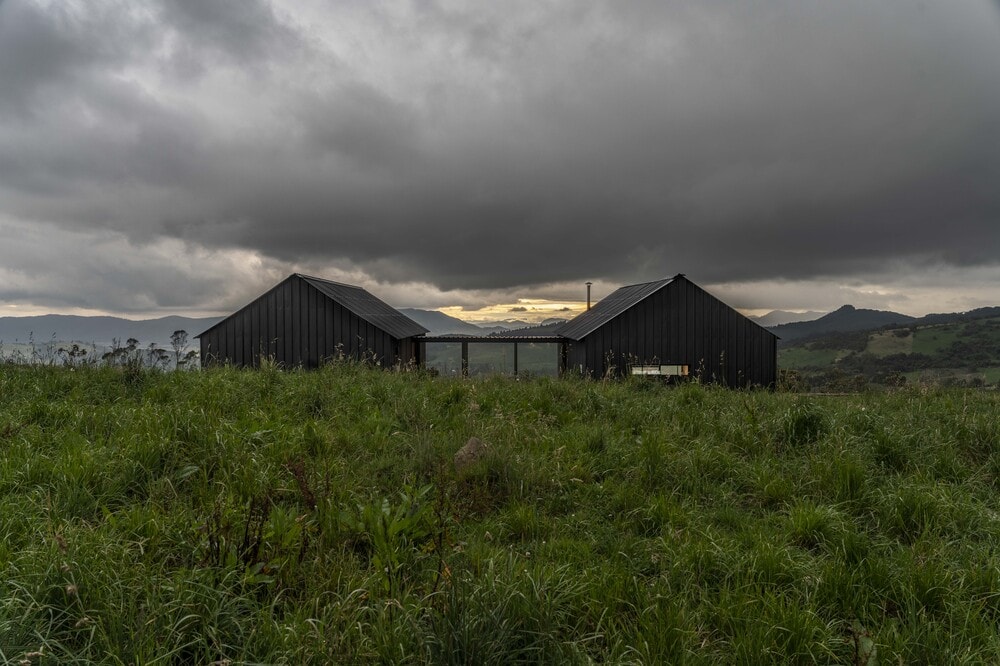 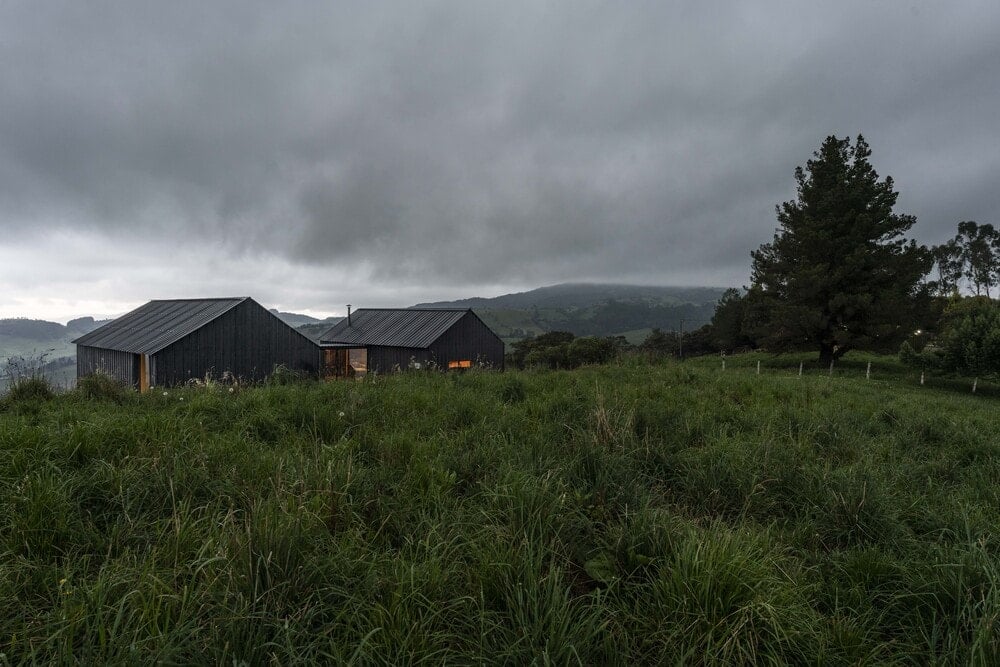 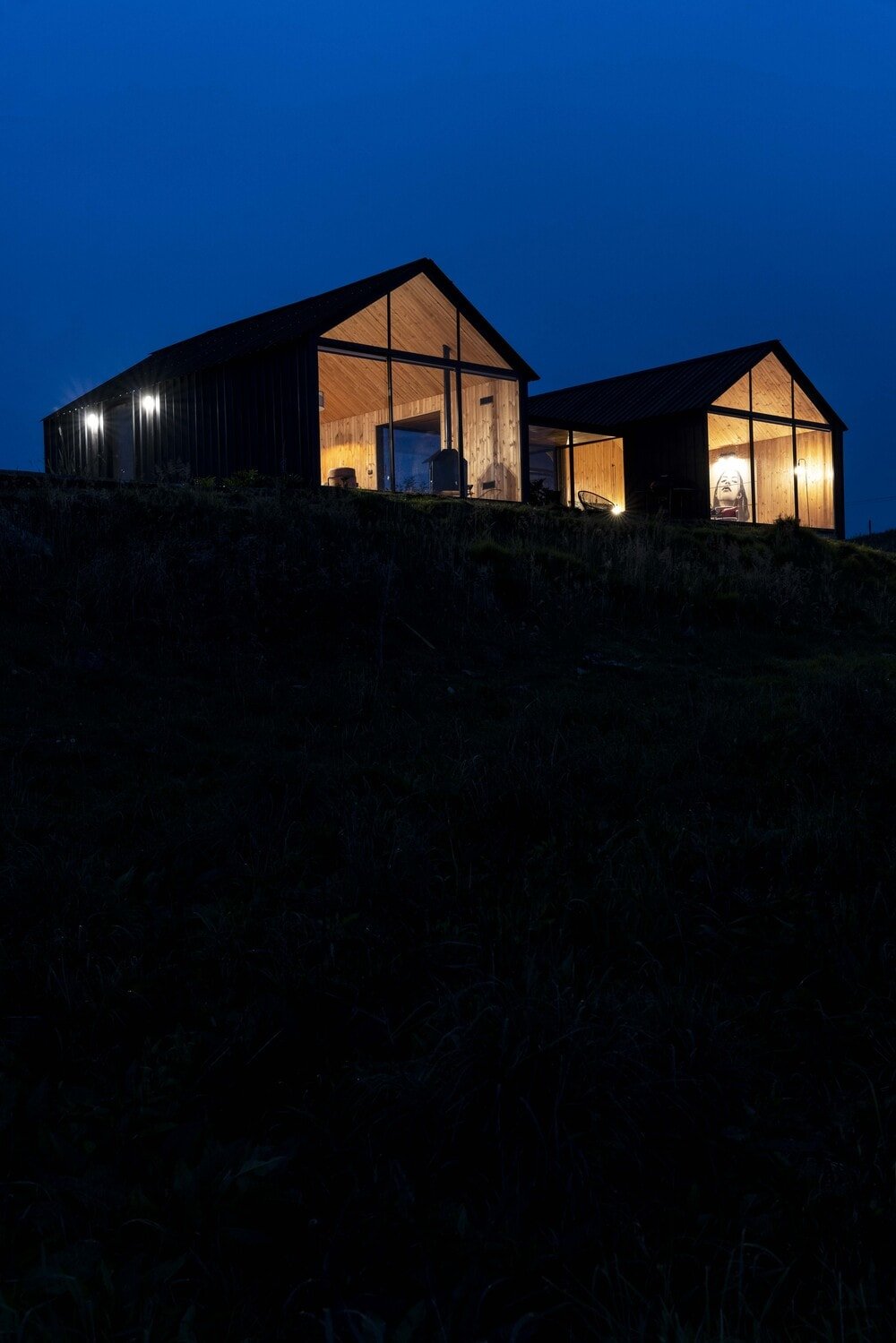 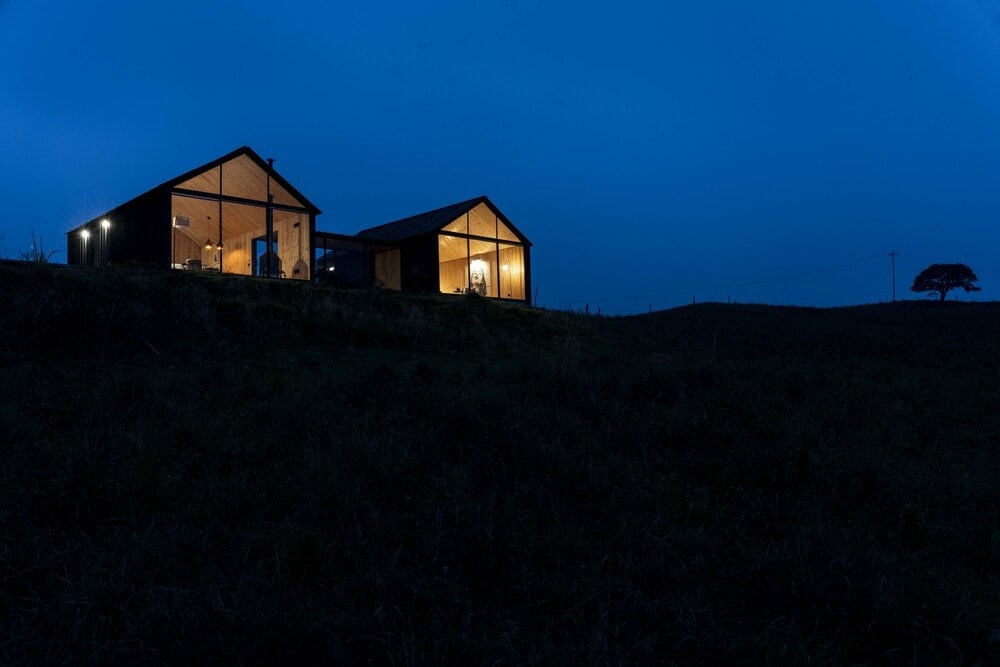 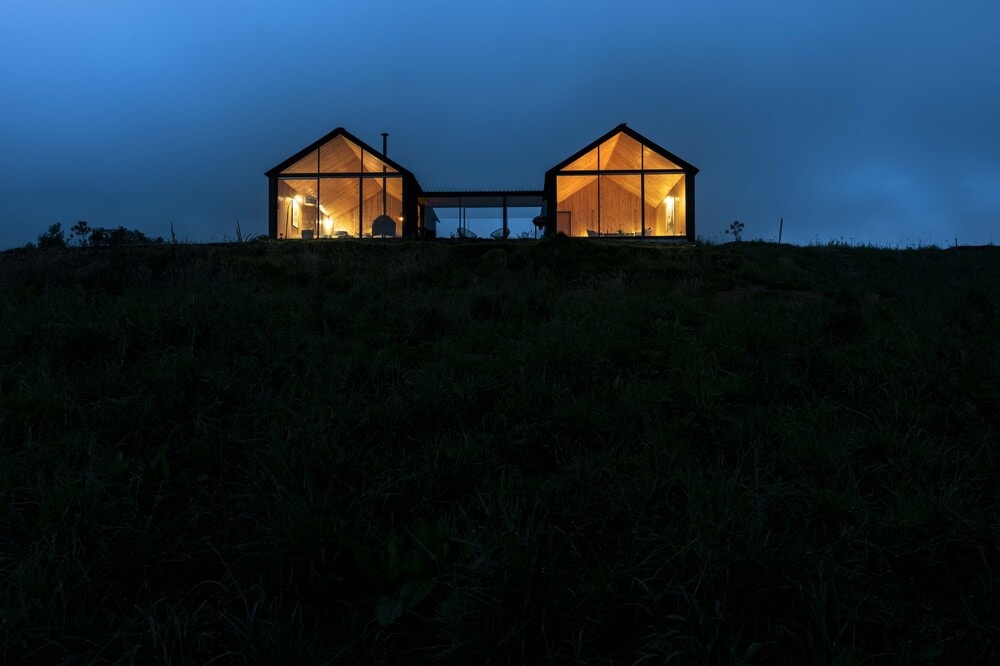 Situated over 3,000 meters above sea level in the Chingaza Moor, this small-scale lodge is designed to be a space for both escaping from city dynamics and offering its inhabitants the opportunity to immerse themselves in the surrounded ecosystem. The project is located one hour away from Bogotá, on the hillside of a moor mountainous body where an extended group of bird species and plants make this place unique.

In order to foster interactions between nature and the project’s inhabitants, the composition of the house is based on two modules connected by a glass tunnel which not only collects the sun’s rays to make the interior space warmer, but also to trigger a direct relationship between a hummingbirds garden on the east and an open view to the San Rafael reservoir on the west. A space that enjoys a climate that can be around zero degrees at night, and over 20 degrees during the day.

Continuing with the intention of producing a space of reflection and honest materiality, pinewood slats wrap the area from floor, walls, and ceiling, making the interior cozy and minimalist. A large-scale window in each module complements the wooden-based interior, which not only captures daily sunsets but also welcomes the thermal energy produced by the sun to bring warmth and comfort to those very often cold nights at this altitude.

In contrast to the wooden interior, the exterior aims to be an austere body to fit in the surrounding context. Through a black metal façade, the house erects itself to blend in with the gray tones of the moor sky. At night, the building disappears because of the dark color of the façade. Only the large windows, wood, and artificial lights stand visible to give the sensation of two floating lights overnight.

Finally, the value of the project not only relies on designing a lodge to understand the natural habitat in which is built but also to foster diverse encounters between its human and non-human inhabitants of the mountain; a garden of hummingbirds that dialogues in the center of the space, a window that offers a sunset in the moorland landscape, an east horizontal window that frames the mountains of Chingaza, are some of the key architectural features that this house seeks to present.