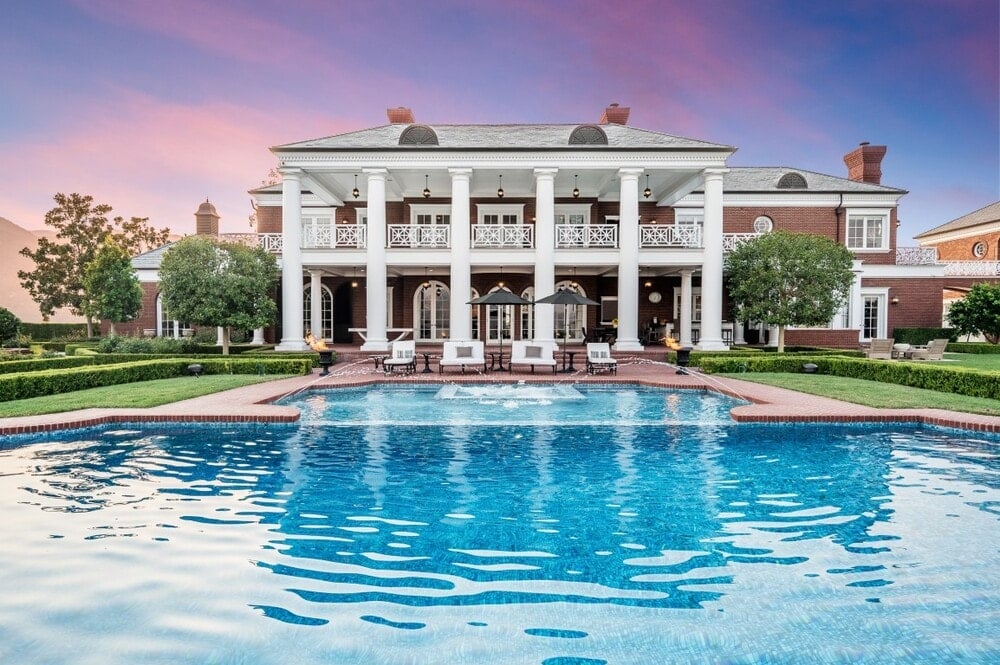 Wayne Gretzky is a household name and is known worldwide as one of hockey’s greatest athletes. His mansion in Lake Sherwood that he owned twice is now back on the market priced at $22.9 million.

The property is 6.5 acres of land and comprised of the main mansion, two detached guest houses, a tennis court, a huge pool, and landscaped gardens. The main mansion is measured at 13,276 square feet with six bedrooms, eight bathrooms, a grand foyer with a wide-curving staircase, a large living room with huge windows, a large high-tech kitchen, and a master suite that has a sitting room and dual baths. The mansion also boasts of a billiards room, screening room, six fireplaces, and a detached garage that houses four cars off the circular motor court.

The mansion of hockey superstar Wayne Gretzky in Lake Sherwood that he bought twice is listed by Arvin Haddad of The Agency, Beverly Hills.

Hockey’s greatest superstar, Wayne Gretzky, has listed his Thousand Oaks home for $22.9 million. Wayne and his wife, Janet, worked with architect-to-the-stars Richard Landry to design the home in 2002. After selling it to former baseball-star-turned-financial-advisor Lenny Dykstra in 2007, who trashed it after filing bankruptcy, the Gretzkys repurchased it in 2018 for $14.9 million and turned it back into a stunning celebrity home, now back on the market even better than it was originally.

Sited on 6.5 acres on a crest with 360-degree views of the Santa Monica Mountains and Lake Sherwood, the symmetry of the home is impressive from every angle. More of a complex of structures than just a home, it encompasses two detached guest houses – one with a full gym, a tennis court, a huge pool, and formally landscaped gardens perfectly matched to the home’s Colonial Revival-style.

Measuring 13,276 square feet of living space, there are a total of six bedrooms and eight baths. The grand entrance opens to a foyer with the wide-curving staircase, perfect for a bride’s wedding or family-reunion photographs, into a large living room with huge windows and spectacular long-distance views. Having undergone some major recent updates, the large high-tech kitchen now opens to the family room.

The master suite includes a sitting room and dual baths. Other amenities are a billiards room and a screening room. There are a total of six fireplaces to warm toes on chilly evenings and the detached garage houses four cars off the circular motor court. A high level of craftsmanship is seen throughout the house in the detailed millwork including subdued wall panels.

Lake Sherwood and the Country Club community is home to many celebrities as either full-time or vacation homes. William Randolph Hearst was the first who used it as a vacation getaway in the 1920s and 30s. Paul Anka moved there in 2007 and owns numerous properties there.

Pete Sampras, Bridgett Wilson, Sylvester Stallone, and Britney Spears add to the celebrity list. Richard Landry has created over 500 homes including for many actors, musicians, and sports figures such as Michael Bolton, Mark Wahlberg, Rod Stewart, and Tom Brady.

The listing agent is Arvin Haddad of The Agency, Beverly Hills.