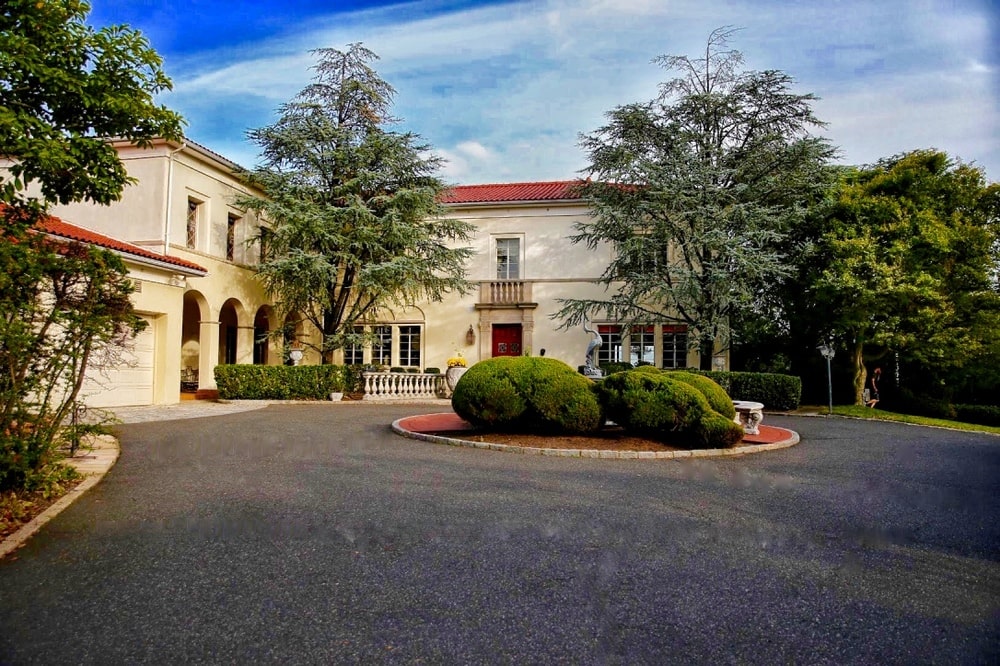 This Fort Lee mansion in New Jersey hits auction December with a reserve of $5.5. million. It was once owned by more than one prominent figure, including real estate developer and former Yankees owner Delbert Webb, notorious mob boss Albert Anastasia Jr., and comedian Buddy Hackett.

The Fort Lee mansion, former home of real estate developer and New York Yankees Baseball Club co-owner Delbert Webb, is soon to be up for grabs. The mansion, which is the same home once owned by legendary mid-century mob boss Albert Anastasia Jr., will be on auction with a reserve of $5.5 million on December 8th.

After Anastasia’s death in 1957, the mansion passed through the hands of more than one east coast celebrity, including Delbert Webb. Del Webb is most known as a former owner of the Yankees, but his other notable successes include notable retirement communities and work completed by his prolific firm, Del E. Webb Construction Company.

Anastasia himself also carried quite a history as a notorious Brooklyn mobster for over three decades. He rose quickly as a crime boss, beginning shortly after moving to the United States from Italy in the early 1900s at age 17. He started off largely on his own, but a few smart moves in teaming up with crime bosses secured him both his place and his reputation.

He remained prominent into the 1950s as an underboss of New Jersey’s most noteworthy crime family, also running Murder Incorporated out of the back of a candy store in Brooklyn. It was later believed that Murder Incorporated may have been responsible for as many as 500 murders. Anastasia’s life and death have since been portrayed in a number of films, television shows, and songs.

Anastasia purchased this home, a Fort Lee mansion on 1.3 acres of land, in 1947. It was one of the state’s premier estates, sitting on the cliffs above the Hudson River with private views of the Manhattan skyline. The home is just as ritzy as the man, and once hosted many a gangland gathering.

The mansion features five spacious bedrooms, a pool and poolhouse, elegant marble fireplaces, an in-home theater, and its own bar. Its style is inspired by the Italian countryside, with a red-tile roof, a long-gated driveway, a covered patio with arches and pillars, a beige exterior, a large and welcoming entrance courtyard, and extensive well-manicured shrubbery reminiscent of Mediterranean timelessness.

The estate offers incredible privacy, without sacrificing proximity to New York City. Outside, the patio, landscaping, and numerous sculptures beautifully flank the home. As was the intention, the aesthetic brings you straight to the Italian countryside, save for the sweeping view of the Manhattan skyline across the river.

Inside, the mansion boasts large, comfortable rooms, a theater and bar, and original marble fireplaces. With sweeping views and inspiring landscaping, it’s no wonder that the estate passed through the hands of a number of celebrities. Following his death, it was home to comedian Buddy Hackett and New York Yankees owner Del Webb, among others.

This Fort Lee estate, which sits on 1.3 acres, hits auction under a New York City auction agency and a New Jersey real estate agency. The auction is slated for December 8th, and the estate sits with a reserve of $5.5 million.