The Red Gate Farm was originally commissioned by former First Lady of the United States, Jacqueline Kennedy Onassis. During the presidency of John F. Kennedy, the First Lady became an icon for culture and style. Since the tragic assassination of President Kennedy in 1963, Jacqueline went on to marry Greek magnate Aristotle Onassis.  Jacqueline purchased 340 acres on Martha’s Vineyard in 1979. These oceanfront acres would later go on to host Jacqueline’s farm home, a spacious house built in 1981.

Red Gate Farm used to be a sheep farm holding a small hunting cabin. It has since transformed into the idyllic home it is today. The estate’s main home and guest house were designed by architect Hugh Newell Jacobsen. Rachel (Bunny) Melton, a friend of Jacqueline’s, helped to design the estate’s landscape. A horticulturist and landscaper, Melton also redesigned the White House Rose Garden while Jacqueline was living as the First Lady in the White House.

After Jacqueline’s death in 1994, her daughter Carolyn decided to renovate the house, enlarging it to 6,456 square feet in space. Carolyn and her husband commissioned the dean of the Yale School of Architecture, Deborah Berke, for the expansion of Jacqueline’s home. However, the renovators made sure to maintain much of the farm house’s original Cape Cod-style character. After living on Red Gate Farm for many years with her family, Carolyn has put this home on market for $65 million dollars.

The beachfront house is located on the edge of Squibnocket Pond, an area near the cliffs of Gay Head. The private area covers over a mile of the Atlantic beachfront. The home comes with five bedrooms and five full bathrooms. The main level consists of a formal living room, a dining room, a family room, a chef’s kitchen, and a library. Upstairs, you will find four ensuite bedrooms and a master bedroom with its own dressing room. The property also has three fireplaces, a small guest bedroom, a den, two powder rooms, a laundry room, a basement, and two offices that can also serve as art studios. Next to the main house is the two-story guest house. Matching the main house in aesthetics and architecture, the guest house contains four bedrooms, three bathrooms, a living room, a laundry room, and a kitchen. Today, the estate also has a pool, a tennis court, and an exercise studio, all of which add to the estate’s leisure for residents.

Red Gate Farm was designed with elegance, comfort, and beauty in mind. The 6,456 square foot house overlooks the white-sand dunes and the Atlantic ocean, providing a scenic view for its residents. The Red Gate Farm is listed on Christie’s International Real Estate by agents Gerret Conover, Kathleen Coumou, and Tom LeClair. Since its construction in 1981, this lovely summer home has been preserved for over 40 years. Priced at an impressive $65,000,000 dollars, the house remains a treasured legacy of the Kennedy family. 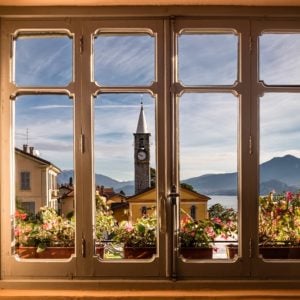 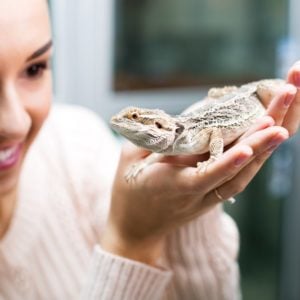