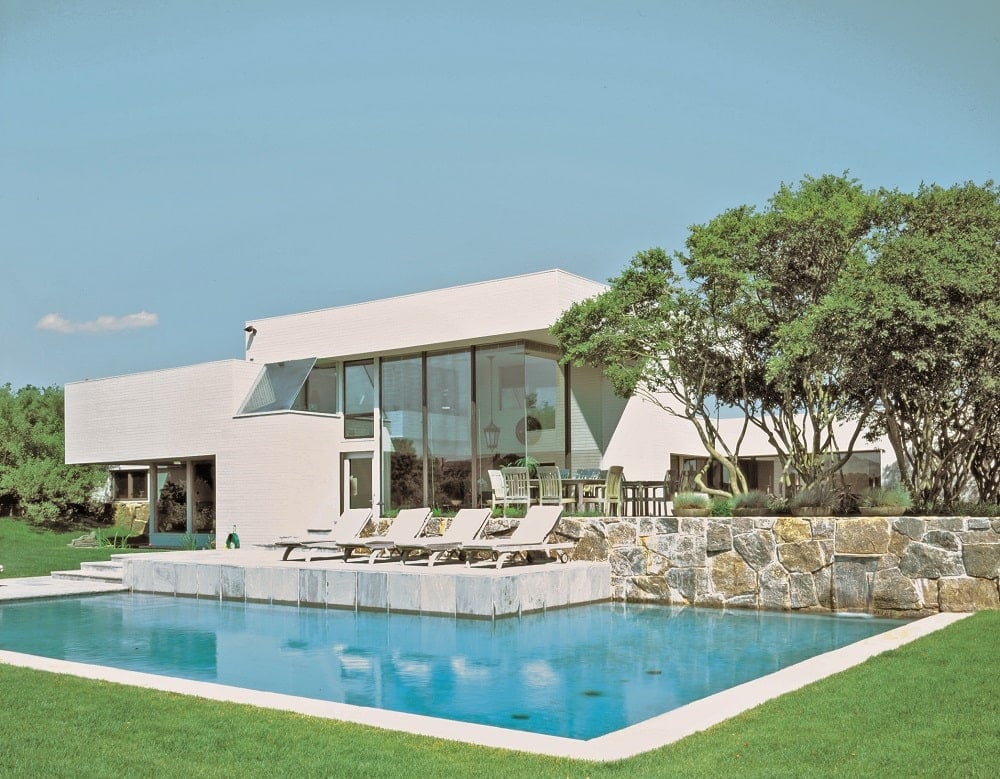 Norman Jaffe is an American architect famous for his use of natural materials, passive solar design, and combining contemporary and rustic styles. His Bridgehampton beach house is four bedrooms, five baths, and has 4,100 sq ft. It's on the market for $8.995 million. It features a boatdock and a pool.

Norman Jaffee is a famous architect who became popular in the 1970s. He’s a pioneer of solar design. His Bridgehampton New York beachside masterpiece is on the market for $8.995 million. The home is 4,100 sq ft. The stark and angular exterior gives way to a softer touch inside.

The exterior of the home is white stone, with glass for many of the walls. You’ll find the architecture to be made completely of straight lines, which creates a unique modern look. Large square columns and thick square overhang complete the look.  The swimming pool located in the back of the house follows the pattern as well. You’ll find a rock wall and a raised concrete slab for sunbathing, which creates a 90-degree angle for the pool.

The one-acre property is located in the Sam’s Creek area and includes a private boat dock. It’s near the ocean and the beach, and it offers a view of the water from the home. The rolling lawn and mature trees provide the perfect backdrop for the home.

The interior of the home is quite different from the stark straight-lined exterior. It is light and airy, with open rooms and lots of natural light. High ceilings and an open floor plan, combined with extensive use of glass, make it a perfect beach getaway. You’ll find an interesting juxtaposition of clean modern white walls and stone walls. There’s a large stone fireplace as well. This combination of modern and rustic design is one of the things Jaffee is known for. It works well in the four-bedroom five bathhouses.

Norman Jaffe is known for designing sculptural beach houses in the Hamptons. He pioneered modern rustic houses in the area, which has become his signature style. He’s also known for the innovative use of natural materials. He was at the forefront of the passive solar design movement. Passive solar design helps to keep a home cool in the summer and warm in the winter.

The windows, walls, and floors are designed to deflect heat in the summer and absorb it in the winter. It differs from an active solar system because there aren’t any mechanical processes involved.

Jaffe had visited Long Island for over a decade when he decided to move there in 1973. He opened an architectural firm and became an instant success. He was extremely prolific, designing over 50 homes in the area, and over 600 homes total. He was so popular that despite his efficiency, he only took on one out of ten proposals. He took on many different types of projects, including homes large and small. His work also includes synagogues and restaurants. He was inducted into the American Institute of Architects in 1991. 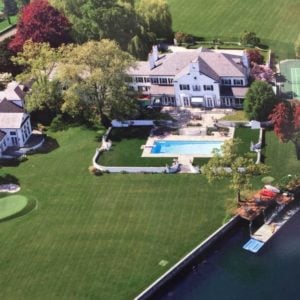 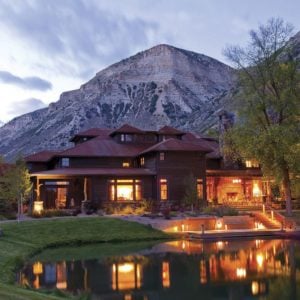