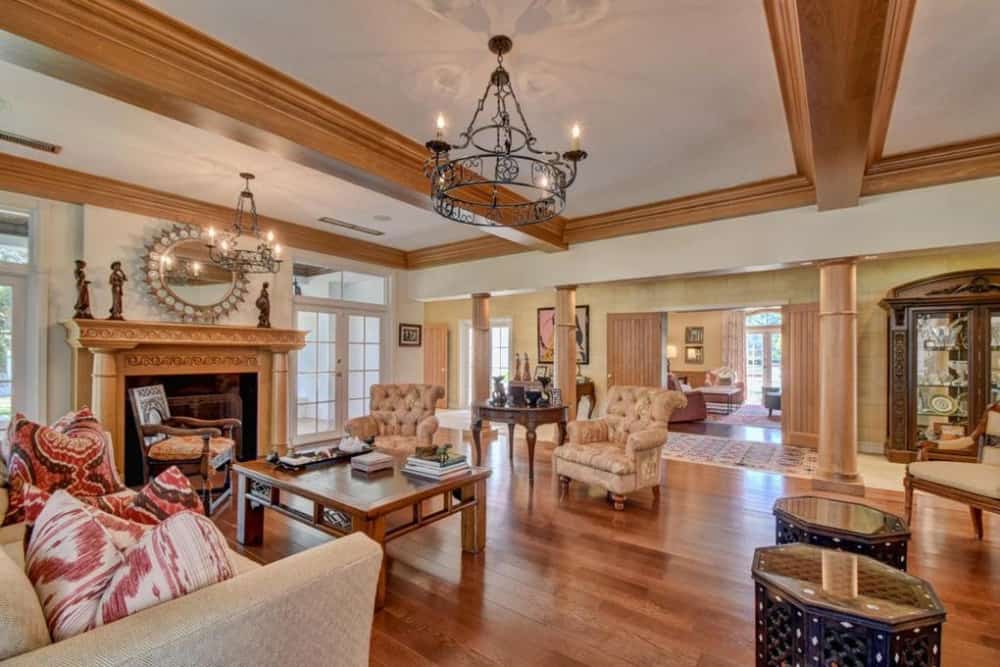 Famous tennis star, Chris Evert, is selling her gorgeous Florida home in Boca Raton. Evert’s Mediterranean style mansion is 12,296 square feet and is listed at $4.999 million. This is more than double what she originally paid for it. She purchased it with former husband Andy Mill for $2.8 million in 2003. 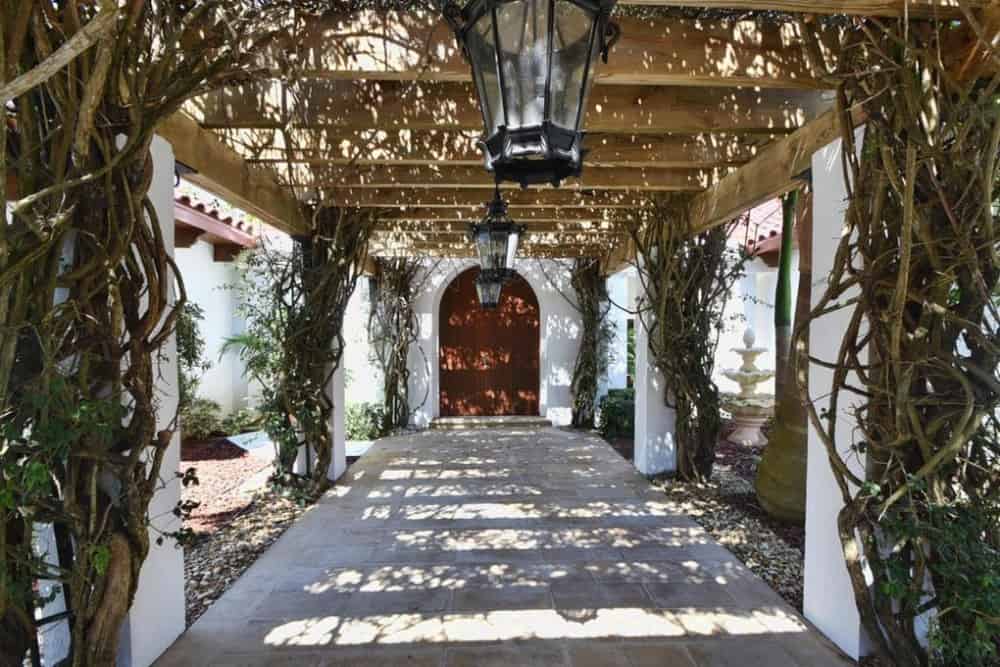 The entryway towards the house’s interior, featuring a gorgeous walkway surrounded by lovely plants. Images courtesy of Toptenrealestatedeals.com.

Large formal living room with a set of luxurious seats and an elegant fireplace. Images courtesy of Toptenrealestatedeals.com. 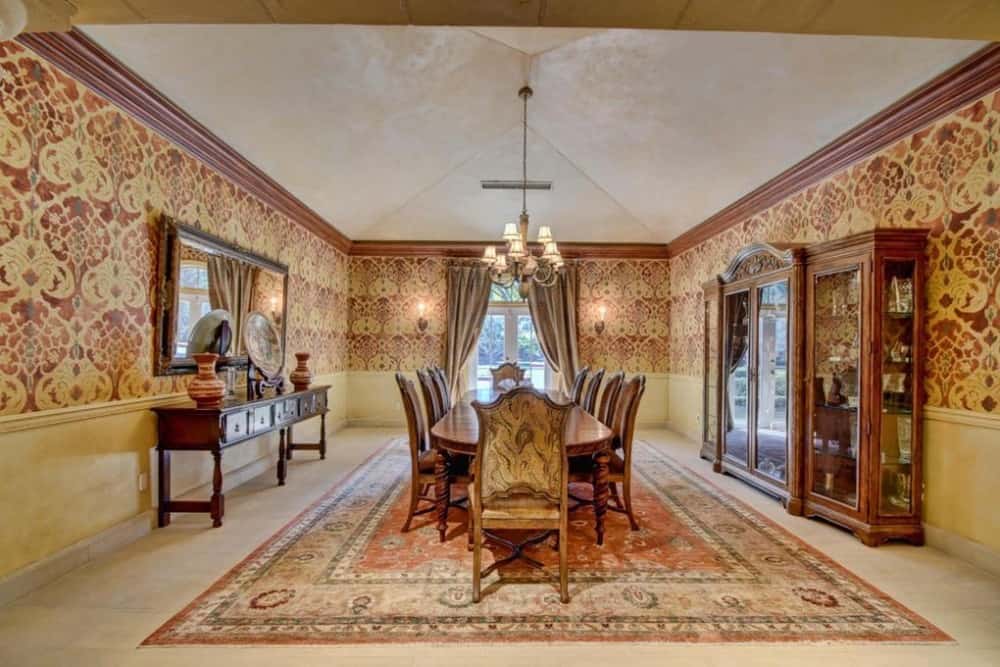 A formal dining room with elegant walls and a large area rug where the dining table and chairs are set. Images courtesy of Toptenrealestatedeals.com. 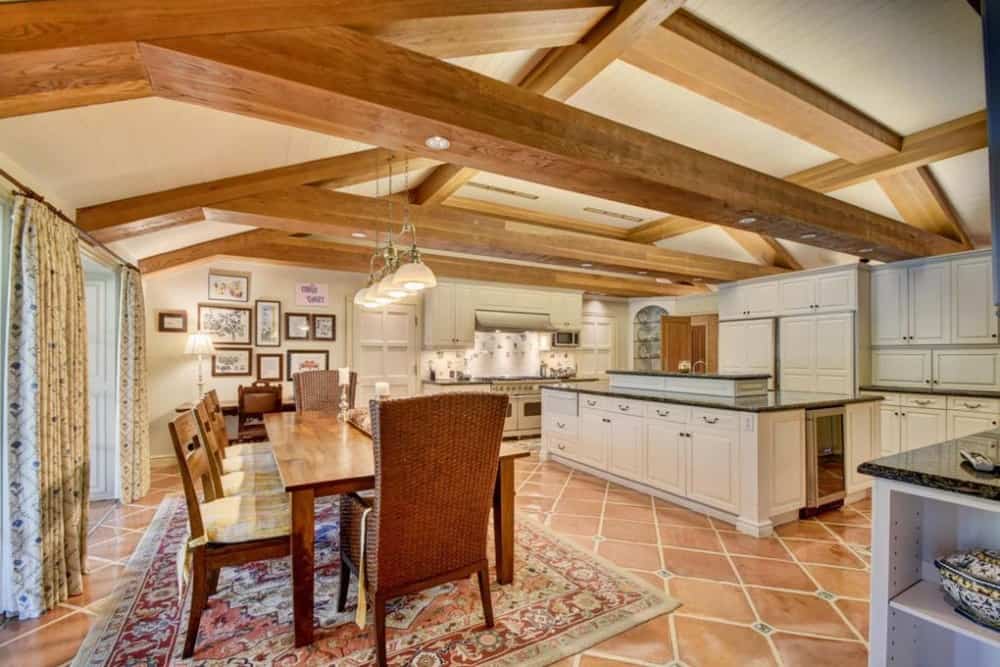 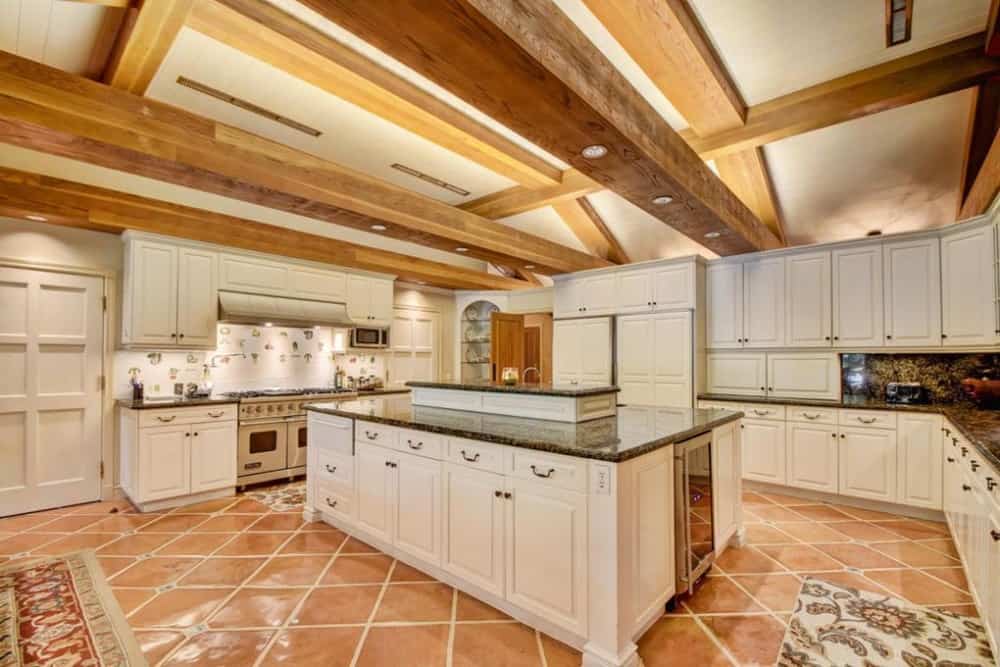 A focused look at the spacious kitchen featuring a massive center island, along with a gorgeous kitchen countertop. Images courtesy of Toptenrealestatedeals.com. 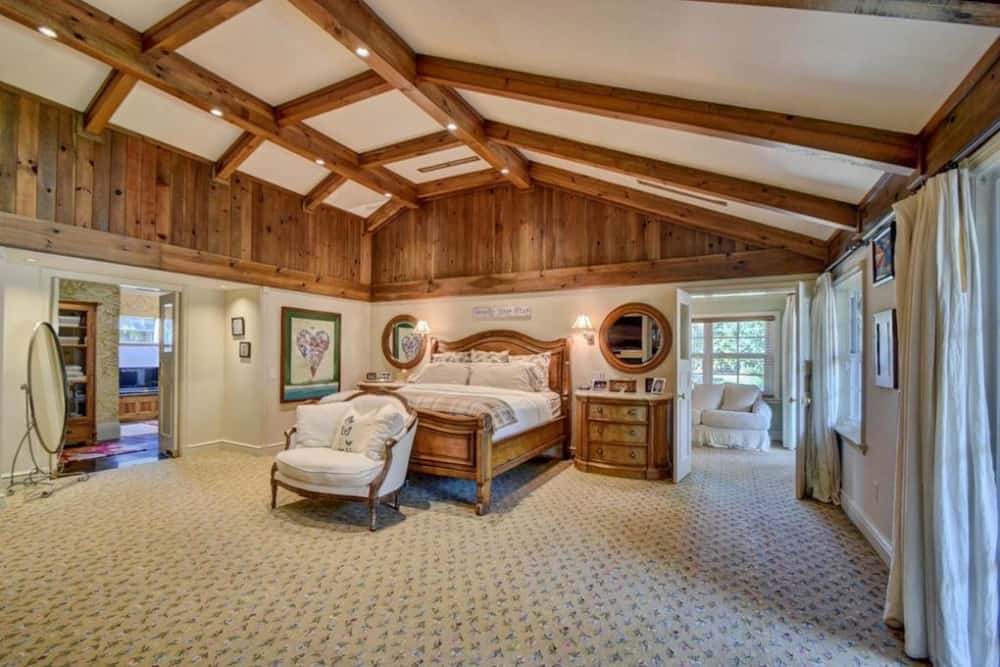 Large primary bedroom suite with a classy bed set and has its own personal living space. Images courtesy of Toptenrealestatedeals.com. 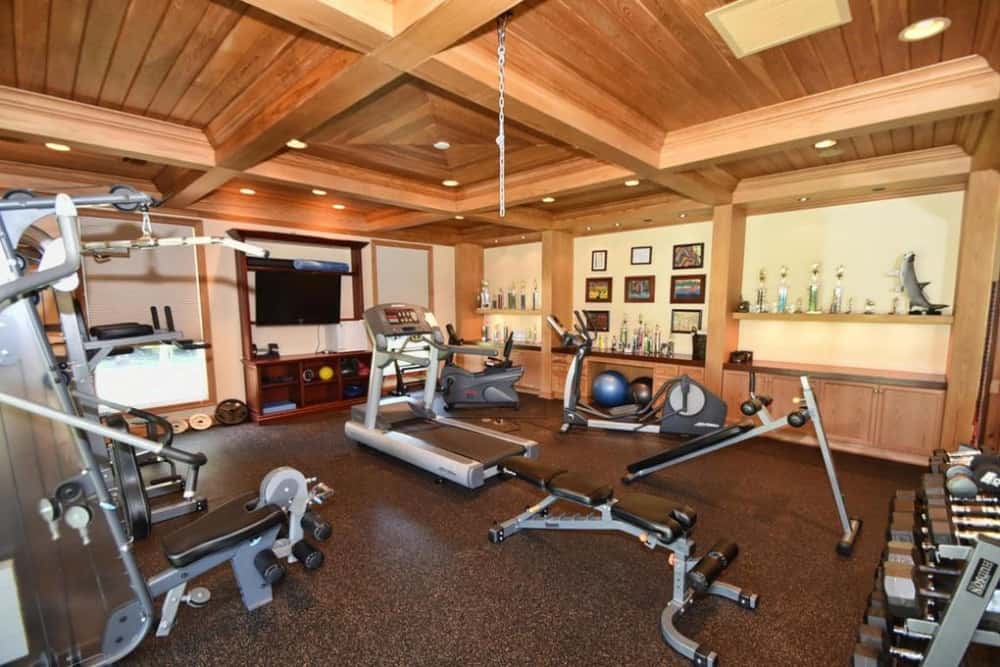 Large and properly equipped home gym with stylish flooring and has a TV on the wall. Images courtesy of Toptenrealestatedeals.com. 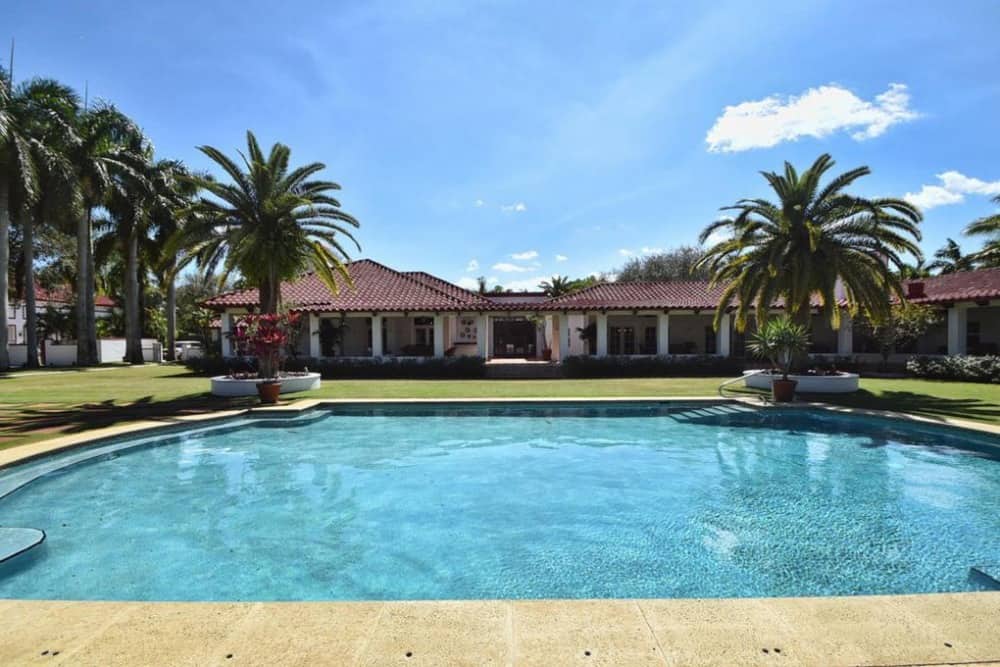 The home also boasts a custom swimming pool surrounded by the tropical trees and well-maintained lawns. Images courtesy of Toptenrealestatedeals.com. 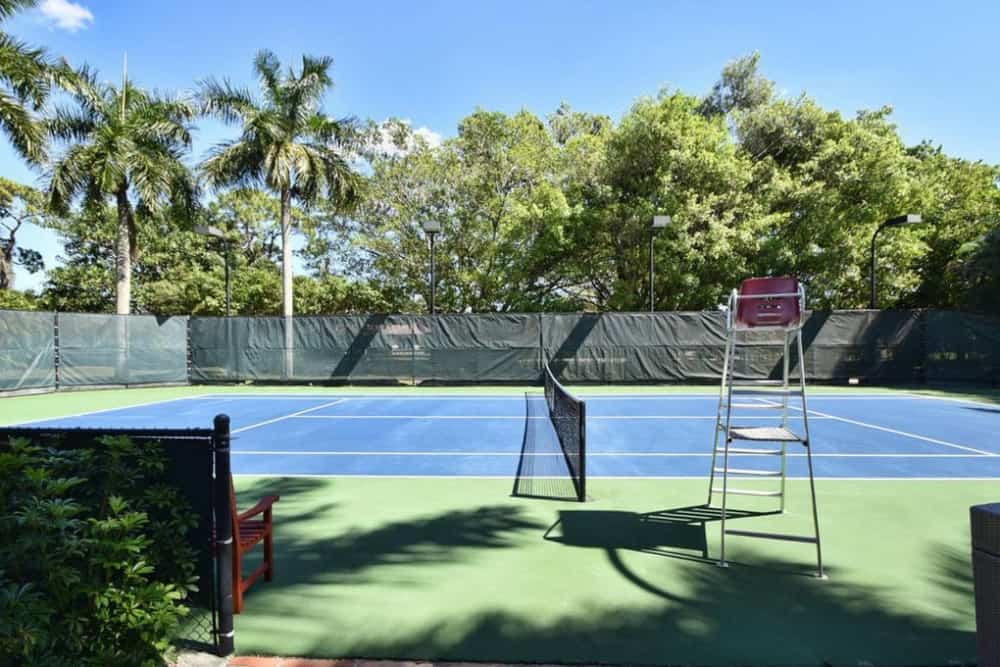 There’s a tennis court in the property as well, surrounded by the property’s greenery providing some shades. Images courtesy of Toptenrealestatedeals.com. 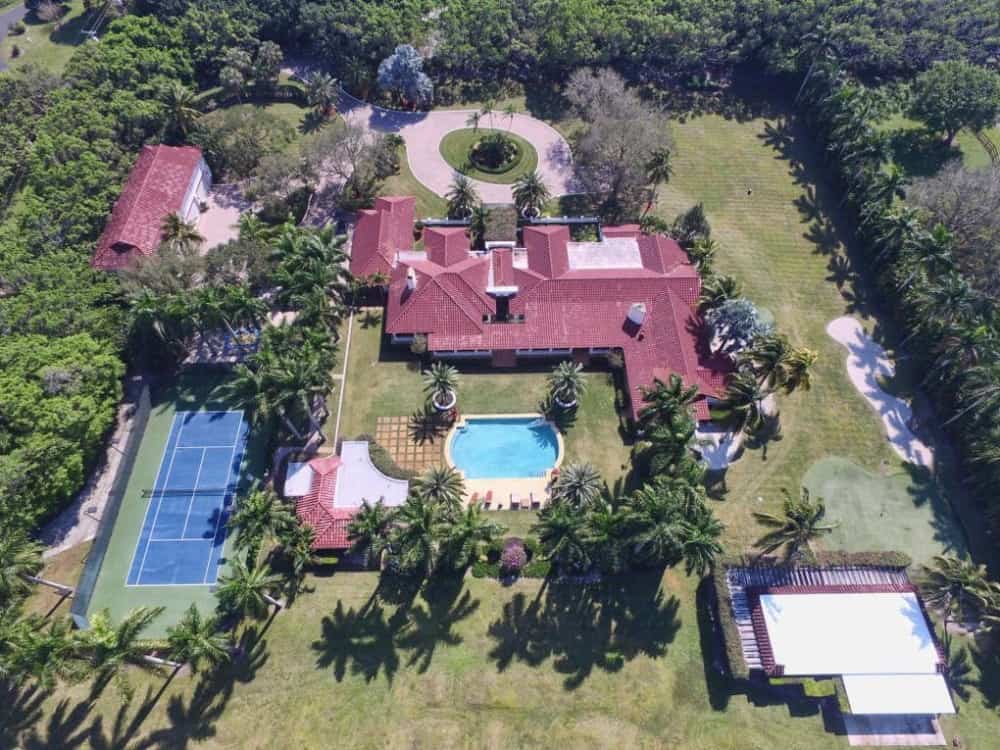 Bird’s eye view of the property boasting its gorgeous outdoor amenities and the house’s magnificent exterior. Images courtesy of Toptenrealestatedeals.com.

Chris Evert is one of the most well-known tennis players in the world and was part of the reason tennis became such a popular sport in the 1970s. Evert grew up in Fort Lauderdale, Florida, and was coached by her father at a young age. Each of her siblings became expert tennis players as well, but Chris went on to achieve superstar status.

A few interesting facts about Evert include that she was ranked number one in the world for seven years. This included from 1974 to 1978, and again in 1980 and 1981. She became a household name when she was only fifteen-years-old and defeated Margaret Court, who was the number one ranked player at the time. Chris Evert is also world-famous for the years-long tennis rivalry with another great player, Martina Navratilova. Eventually, Evert won 157 singles titles that include 18 Grand Slam wins.

At one point she was as famous for her romance with tennis great and Wimbledon champion Jimmy Connors as she was for her incredible tennis skills. At only 19, she won her first French Open and Wimbledon championship. She was also engaged to Connors that same year. Even though they eventually broke off the engagement, Evert went on to marry and raise a family. Evert retired from professional tennis in September 1989.

She raised three boys and has become a prominent figure in many charities. She has been involved in the Make-A-Wish Foundation, the March of Dimes, and has supported the Special Olympics. She has also helped coach high school tennis teams.

Once her children were grown, Evert wanted to sell her luxurious home. Evert’s home is located in beautiful Boca Raton, Florida, and has several great features. The home sits on 5.23 acres and includes a full-size tennis court, swimming pool, and a putting green. The home, which was built in 1995, has eight bedrooms and eight bathrooms.

It also has an outdoor kitchen for entertaining after enjoying a swim in the pool or a game of tennis. In addition to this, the house has a nine-car garage, two guest homes, and an incredible home theater. Although the weather is normally beautiful in Boca Raton, there’s an extensive fitness center and pool table inside the home so it’s easy to stay active indoors or out.

Not only will the buyer of Evert’s home be getting a spacious mansion with swimming, tennis, and golf on the estate, but they’ll also receive professional tennis instruction. The Real Deal states that Evert is even offering to provide a free tennis lesson to the buyer of her home.

This is a fantastic place to live for those who enjoy staying physically fit and active all in the comfort of their own home. Rebecca Spooner with Siemens Group Realty and Katia Reisler with Douglas Elliman are the listing agents for the property. Both are located in Boca Raton.