Designed to withstand a constant barrage of hurricanes every year, Nelson Rockefeller's St. Croix retreat is a perfect getaway location now listed for a very cool $1.5 million and nicely located on the Virgin Islands in the Caribbean. James Bond would drool to get this location if he could. 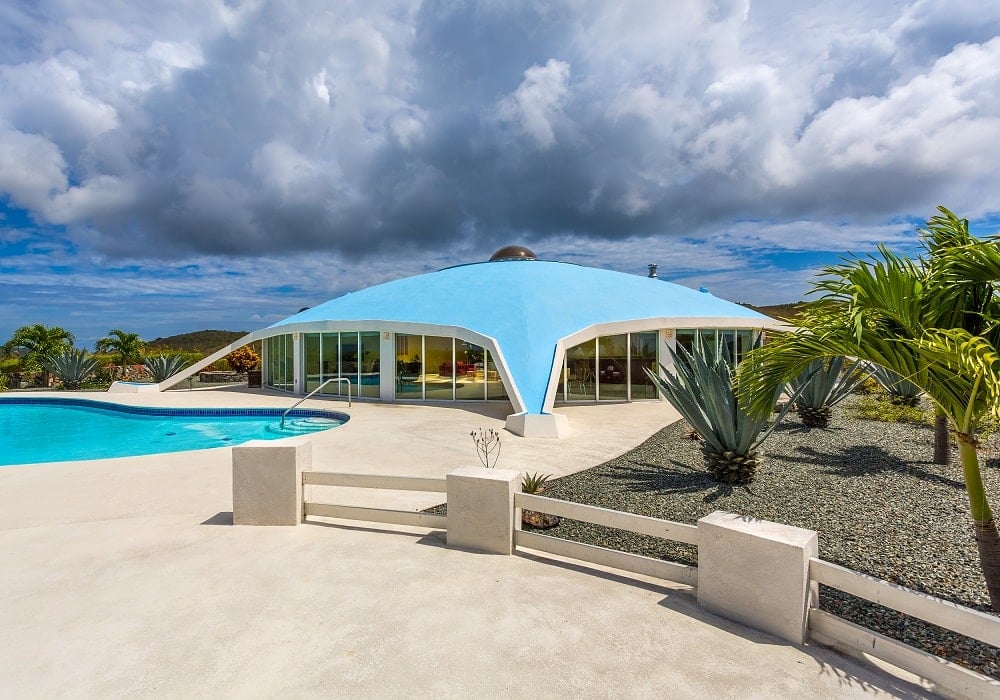 A luxurious home once owned by the highly-successful businessman Nelson Rockefeller is now for sale. The price tag? $1.499 million. This slice of tropical paradise is located on the beach in St. Croix, Virgin Islands.

The 4,500-plus square-foot home comes with five bedrooms and four bathrooms. The mansion’s open floor plan allows for unobstructed views of the Caribbean. Twenty-four-foot ceilings made the interior feel especially roomy. A  section of the large living area has something highly-unique, a feature you wouldn’t expect to come across: an indoor tropical garden.

The outdoor surroundings are majestic enough on their own. Now you can enjoy island greenery without even setting foot outside the house. A circular skylight delivers natural light to the indoor garden, and a rock waterfall complements the exotic foliage.

The home’s island location, however, places it right in the path of hurricanes that sweep in from Africa. To fortify it against severe storms, Rockefeller designed it as a large dome built from steel-reinforced concrete. Its floors are finished in limestone. To make it a haven for riding out hurricanes, he ensured that the home would be self-sufficient and energy-efficient, characteristics that make it easy to maintain.

The home is outfitted to channel rainwater into the two-panel, micro-inverter solar panel system, which generates enough solar power— two kilowatts per month — that electric bills don’t amount to much more than pocket change. The mansion is insulated in a way that keeps it cool, even in the tropical heat. Mahogany door frames throughout allow for plenty of cross-ventilation so the living quarters never get stuffy.

Around the home’s perimeter, glass walls look out onto a large swimming pool, which is equipped with plenty of lighting, a plus for anyone who enjoys an evening swim under the stars. The dome-dwelling is surrounded by lush, gently-sloping hills, which are a prominent feature on St. Croix. Probably the best part about the outdoor space, though, is that the mansion is practically on the water, so there are limitless opportunities to enjoy the natural scenery and listen to the relaxing sound of waves lapping at the shore.

A third-generation descendant of the well-known Rockefeller family that made a name for itself in the second half of the nineteenth century, Nelson Rockefeller was an accomplished businessman, politician, and philanthropist. The third of six children, he was born in 1908 in Bar Harbor, Maine. After his first marriage in 1930, he and his new bride went on a nine-month honeymoon. He was elected governor of New York in 1958 and went on to serve four terms.

As a child, he aspired to become President one day and came remarkably close to attaining that position. President Gerald Ford selected him as his Vice-President in 1974. Rockefeller was also dedicated to the arts and environmental causes. On January 26, 1979, Nelson Rockefeller died of a heart attack in New York City.