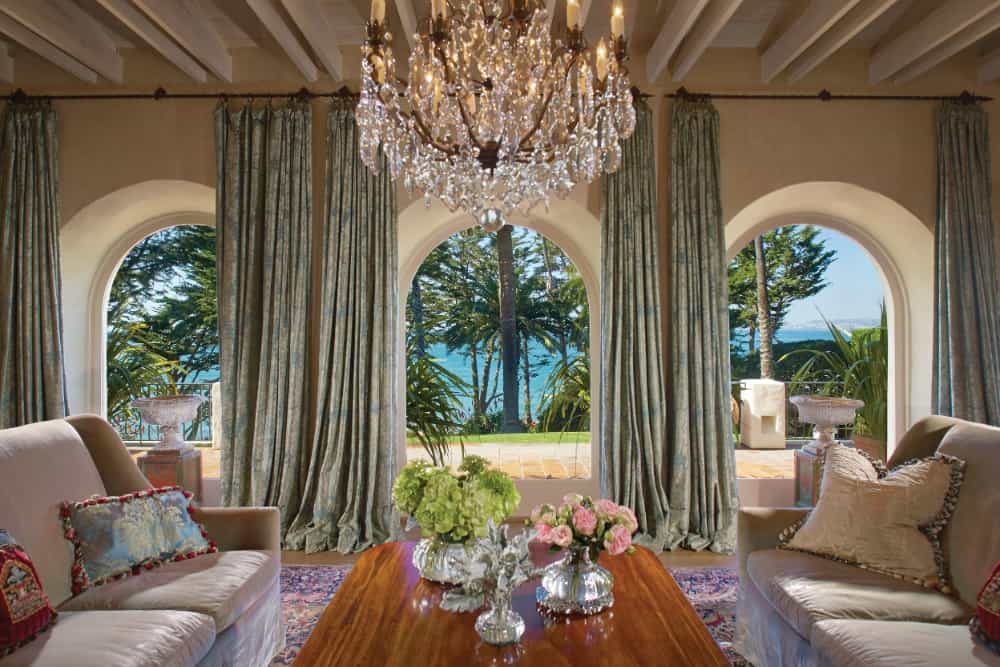 Thirty-seventh President of the United States, Richard Nixon's Western White House is now on the market priced at $57.5 million!

Richard Nixon’s Western White House that hosted several heads of state such as Soviet Union’s Leonid Brezhnev has been put on the market for $57.5 million.

This mansion is a super luxurious one and is worthy to host a massive figure such as a President of the United States. With 9,000 square feet of space, it features seven bedrooms and a guests house along with exciting outdoor amenities. Overlooking the Pacific Ocean, the property is also a perfect getaway from the busy lifestyle of today’s standards.

Listed by former Allergan Pharmaceuticals chief executive Gavin S. Herbert who bought the property from the Nixons in the mid 1980s, it is now available on the market for $57.5 million.

Thirty-seventh President of the United States, Richard Nixon, always enjoyed telling the American people what simple folk he and his wife, Pat, were in order to appeal to the middle-class voters. Fond of saying that Pat wore plain cloth coats instead of mink, it seems reality told a different story. His unassuming simple lifestyle narrative was cast aside when it came to the choice of his vacation White House. All presidents have had their special getaways, many were owned long before they became president. But it was after Nixon became president in 1969 that he instructed a campaign aide to find him a presidential retreat to be used as his Western White House along the California coast. Aide Fred Divel scoured the coastline and found the 26-acre Hamilton H. Cotton estate in the then sparsely developed town of San Clemente on a ridge overlooking the Pacific Ocean. It was grand and impressive enough for someone of Nixon’s new international importance; the home had even hosted Franklin D. Roosevelt in the past. During his presidency, he and Pat entertained many heads of state there, including Leonid Brezhnev when signing the Soviet-American communique in 1973. It was where Nixon wrote his memoirs after he resigned his presidency to avoid impeachment after the Watergate scandal of the 1970s. Nixon’s Western White House is now for sale, priced at $57.5 million.

A super luxurious enclave perched slightly above one of the best surfing beaches in California, La Casa Pacifica was modeled after a country home in San Sebastian, Spain and was designed by Carl Lindbom for Cotton in 1927 in the Mission-Colonial style. Structures are built within the current 5.45 acres with 450 feet of beachfront. They include a main residence of approximately 9,000 square feet with seven bedrooms, a 3,000-square-foot poolside entertaining pavilion with guest wing, a two-bedroom guest house and multiple staff accommodations. When Nixon first arrived after buying the compound, he replaced the existing tennis court with a swimming pool and made the necessary additions to house the Secret Service. The home’s location was adjacent to Camp Pendleton Marine Base providing convenient access to Air Force One and additional security.

San Clemente has grown considerably since the Nixons lived there. Located halfway between Los Angeles and San Diego, it is filled with Spanish architecture, lovely seaside parks and walking trails and is one of the best surfing spots along the California coast. Packed with charm, and visual beauty, it is the southernmost city covered by the Los Angeles metropolitan area and carries the city slogan, “Spanish Village by the Sea.”

The Nixons sold the estate in the mid 1980s to former Allergan Pharmaceuticals chief executive Gavin S. Herbert, who has now listed it for $57.5 million. The estate is co-listed with Linda May of Hilton & Hyland, Beverly Hills and Rob Giem of Compass Realty, Newport Beach.