Check out Neil Diamond's Malibu beach pad with incredible views of the ocean. I like this house almost as much as I like his music. 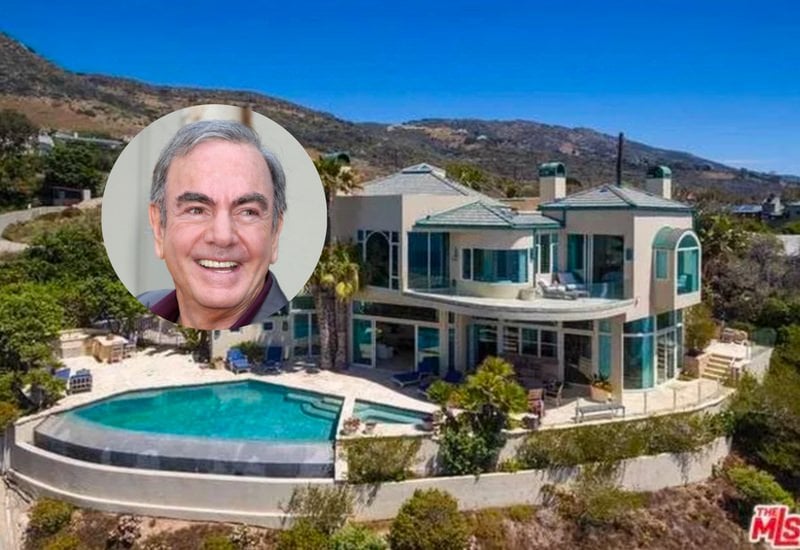 I’m a huge Neil Diamond fan so when I saw he recently bought a Malibu pad I was pretty excited to profile it on Homestratosphere.com (thanks to permission from Trulia).

Wow, time flies. The first Neil Diamond song I heard was “Forever in Blue Jeans” which was in 1992. Yeah, I know it was a long-time hit by 1992, but ’92 was the year I was in grade 12 and a friend discovered Neil Diamond. We were rockin’ hard to Neil in those days.

Soon after I discovered many of his biggest hits including “Sweet Caroline”, “Solitary Man”, “Red Red Wine” and “Shilo” to name of a few of my favorites. I’m such a big fan that several Neil Diamond songs have coveted places in my Spotify “faves” playlist.

Unfortunately, I’ve never had the good fortune to see him in concert. I’m not sure I’ll go even though apparently he’s preparing for his 50 year anniversary tour this year.

Neil had his first hit with one of my all time favorites, Solitary Man in 1996. Here it is:

Since Solitary Man, Neil Diamond went on to sell more than 120 million albums. While albums are a thing of the past, his staying power holds strong to this day. He’s one of those rare artists and songwriters whose songs transcend generations. I have a feeling future generations will continue loving his music.

He’s a rarity with that smooth whisky voice, a knack for coming up with pleasing melodies and writing terrific lyrics. It’s a combination that results in a lot of hits.

TheRichest.com estimates Neil Diamond’s net worth at $175 million. You’d think it would be much higher given 50 years with a successful songwriting and singing career. Well, it would be almost double that but his first divorce cost him $150 million, which was one of the most expensive celebrity divorces at that time (and probably still is).

About his Malibu house

It’s hard to pin a style to this house, but that doesn’t mean it’s badly designed. I love the cliffside pool and windows. I guess you could call it a contemporary beach pad with a splash of “Golden Girls” Miami interior (don’t laugh, I think Golden Girls was one of the funniest shows on TV ever).

The entire house is built around the incredible ocean view. It’s perched fairly high up and as you’ll see from photos below the view is fantastic. Large windows wrap around the 2 story home on both levels.