Built in 2013, the 15,600 square feet home features 3 levels along with 9 bedrooms and 14 bathrooms. An elevator connects to each level's typical mansion-type amenities. 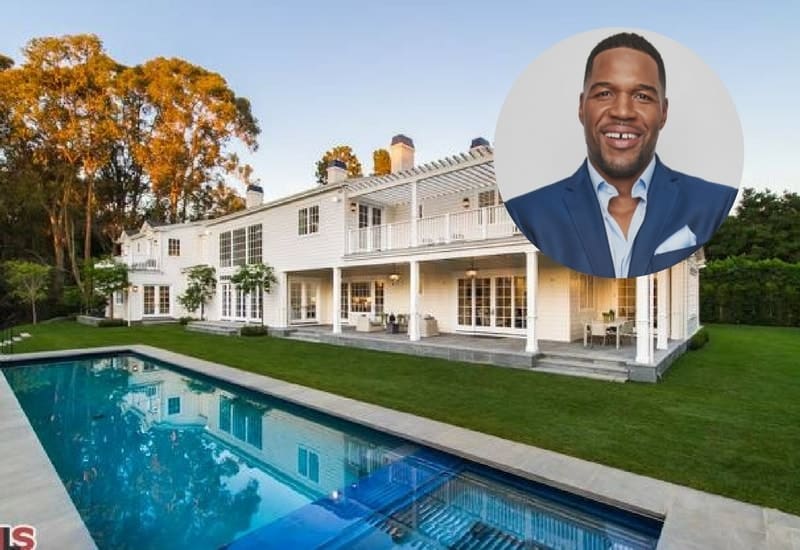 Michael Strahan is a former NFL Quarterback sack played for the New York Giants. After playing for 15 years, Strahan became a media personality, and currently a football analyst.

Strahan started his career in 1993 when he was selected by the New York Giants as 40th overall pick in the NFL draft. Standing at 6’5, his presence in the defensive end was quickly recognized and was placed as a full-time starter in his sophomore year. Upon getting a spot in the limelight, Strahan did not waste his time and quickly made a name for himself. In 1997, he registered his first double-digit quarterback sack season of his pro career with 14, clinching his first trip to the Pro Bowl with the Giants.

He followed up his dominance in pro football in 1998 when he delivered a 15-sack campaign, followed by a record-breaking performance in 2001, when he set an NFL single-season record with 22.5 sacks. In 2007, Strahan led the Giants to its first Super Bowl Victory along with team mate quarterback Eli Manning. Together, the team nabbed the upset win over Tom Brady and the undefeated New England Patriots, ending a nearly two-decade championship drought for the New York Giants. Throughout his amazing career, Strahan compiled a total of 141.5 quarterback sacks and was listed as 5th in NFL history at the time of his final game. He was also inducted in the Pro Football Hall of Fame in 2014 to remember his legendary name.

Upon his retirement, he was immediately hired by FOX Sports as a football analyst, then in 2012, he was named as co-host of Live! With Kelly. The show was later on renamed to Live! With Kelly and Michael, however, in 2016, he left the show to work full-time for Good Morning America.

Built in 2013, the 15,600 square feet home features 3 levels along with 9 bedrooms and 14 bathrooms. An elevator connects to each level’s typical mansion-type amenities.

The mansion that boasts soaring ceilings is equipped by a home theater, gym, game room, cigar-friendly library and a Prohibition-style wine cellar partnered by a drinking lounge. Each primary bathroom offers a walk-in closet along with a fireplace.

Outside is where the 59-foot swimming pool paired with a cabana waits. The grilling or barbeque area can be a great place for an outdoor family or friends bonding.

Check out the full photo gallery below of Michael Strahan’s home.

CelebsNetWorthToday.com estimates his fortune at $65 million.

Return to all celebrity houses.