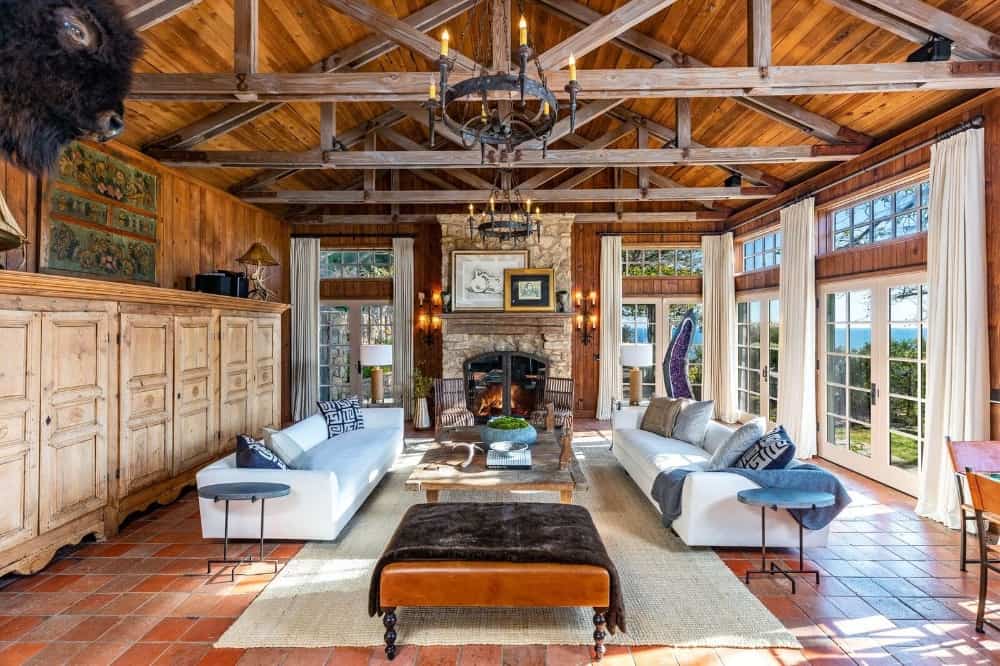 Academy Award-winning actor Mel Gibson is selling his spectacular 5.5-acre Malibu, California, estate for $14.5 million. Gibson purchased the property for $11.5 million in the summer of 2008 from David Duchovny and Téa Leoni. He has taken it on and off the market over the past few years with listing prices ranging from $14-17.5 million.

The actor is well-known for being a savvy international real estate investor. Currently, he has homes in Australia, Costa Rica, and the U.S., as well as a 5,400-acre private island in Fiji which has been left almost entirely undeveloped. In the last several years, he has bought and sold numerous other properties, including a 45,000-acre Montana ranch and a large Connecticut estate.

Gibson has a predilection for luxury homes set against a backdrop of some of the most stunning natural scenery in the world, and the 6,578 square-foot Malibu mansion is no different. The Old World-style home features five bedrooms and five bathrooms, plus a two-bedroom guest house on top of a detached 3-car garage. The house looks and feels as if it belongs in the French countryside, with its long gated driveway and French doors throughout that open onto lush outdoor terraces with expansive canyon and ocean views.

The gourmet kitchen features bespoke details including rustic cabinets, marble countertops, and a wine rack built into the island. Looking out from the kitchen over the casual dining bar, you’ll find an airy living room with exposed wood beams and impressive stonework. Those wood beams and stone archways carry throughout the home, lending a look that is both luxurious and charmingly lived-in.

Outdoors, the secluded estate was designed for entertaining. Pacific Ocean views abound from every angle and the grounds are lushly landscaped with native California plants. Multiple areas are set up for dining and relaxing, including a romantic vine-covered pergola with a large brick fireplace. There are two pools, including one regulation-sized lap pool, as well as a pool house with a gym. The home also includes membership to the ultra-exclusive La Costa Beach & Tennis Club.

When he isn’t expanding his impressive real estate portfolio, Gibson stays busy working on new movies. The Australian actor, who is best known for his roles in Mad Max, Braveheart and Lethal Weapon, has several projects slated for release in 2020. His upcoming films include Boss Level, Force of Nature, Waldo, and Fatman. The highly-anticipated sequel to 2004’s Passion of the Christ, which Gibson directed, produced, and co-wrote, has also been in the works for several years and is finally set to be released in 2021.

In early 2020, it was confirmed that Gibson would reprise his role as Detective Riggs alongside Danny Glover in the fifth — and final — Lethal Weapon movie, more than 30 years after the first one was released.