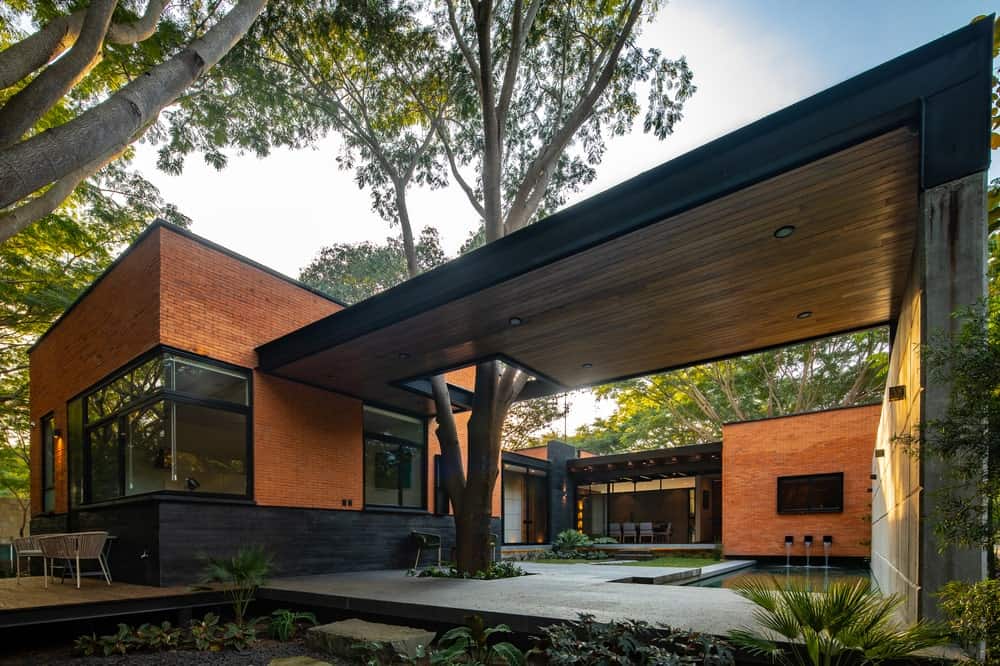 Reinterpreting the typology of a Mexican house in a contemporary version, was the premise to design Keita House, where the central patio became the circulation and main view of the residence. This last one, serves as the project’s heart, it can be contemplated from everywhere, and it is completely surrounded by both private and social areas of the proposal.

Existing vegetation and the climate in Colima city allowed the continuous opening of the proposed volumes. In the design, all the spaces are somehow permeated by either vegetation, wind and natural light, components that at the same time conquer until erasing the barrier between nature and architecture.

In order to generate a more intimate and cozy atmosphere, a one-story house was proposed, with the intention of living a more direct connection within all spaces, an assumption that also gave place to the gesture in which absolutely all the architectural program can interact directly and palpably with the environment.

As a first encounter when wandering through the building, the kitchen, living room and dining room, welcome the visitor with a bountiful height that embraces with its wooden beams and roof. The aperture of this area with floor to ceiling windows grants a free perspective on the background of the house, where a tree is preserved advocated by a steel structure, that provides shadow to the terrace. At last, in a second axis, the bedrooms that always enjoy pleasant landscapes and constant approach with the site’s flora are distributed intimately, without leaving aside the requested privacy.

Volumes played an interesting role in the design of the house, the main axes of the project are indisputable, and there is an evident movement of bodies that favor the creation of new areas, almost as an intentional action in the terrain of interaction between negative and positive.

The decision of taking a risk with a selection of elements in a contrasting range of colors achieved a perfect aesthetic harmony with the trees and green hues of the context. The texture and color of red brick, coordinated with concrete, wood and the presence of steel structure, reaffirm the warmth with which the project was conceived from the beginning.

Mixing steel structure with concrete became the solution that admitted the execution of construction. The foundation process was very precise since it was arranged as a part of the aesthetics of the house when proposing black pigmented concrete walls that protected the brick volumes that were tailored in an artisan way.

Beams and steel columns were reformed rhythmic and compositional elements as part of a set of lines and faces, which also recall cracks or vertical openings in the big architectural bodies, where water runs through and ends peacefully in reflecting pools.