Meg Ryan is well known for her work in many popular Hollywood dramas, comedies, and more. But she is less well known for her widely praised work as an interior decorator. Her work has been called “the best in the business” by Architectural Magazine,” and her home has been featured in many glossy home décor magazines. 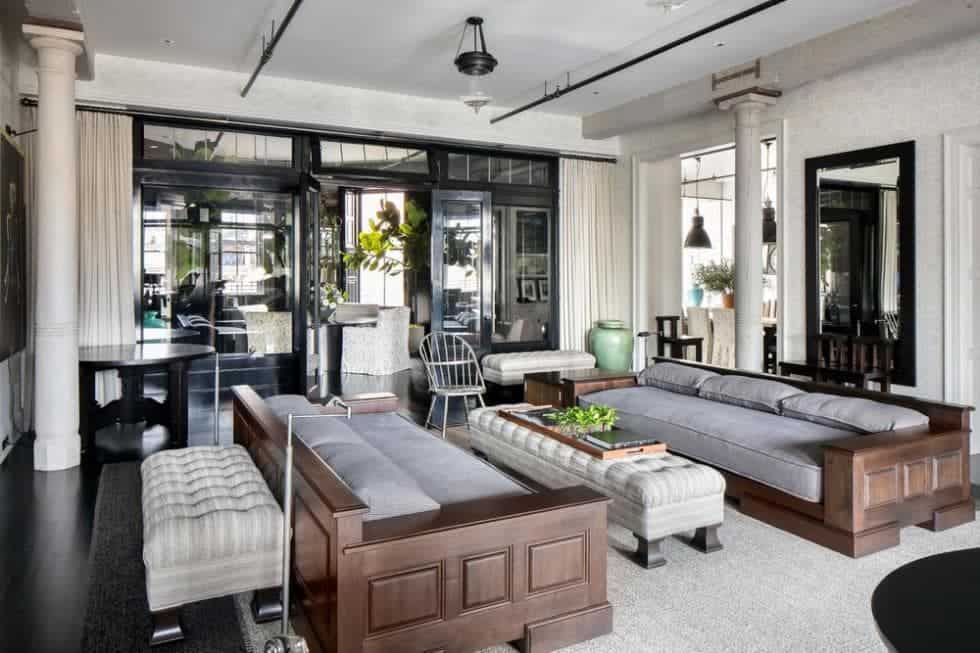 Meg Ryan, the perennially adorable 58-year-old actress, is best known for her roles in Sleepless in Seattle, When Harry Met Sally, and French Kills. She is less well known for her work in interior design, but we can see that she’s no slouch in this pursuit looking at her $10.9 million Soho home. 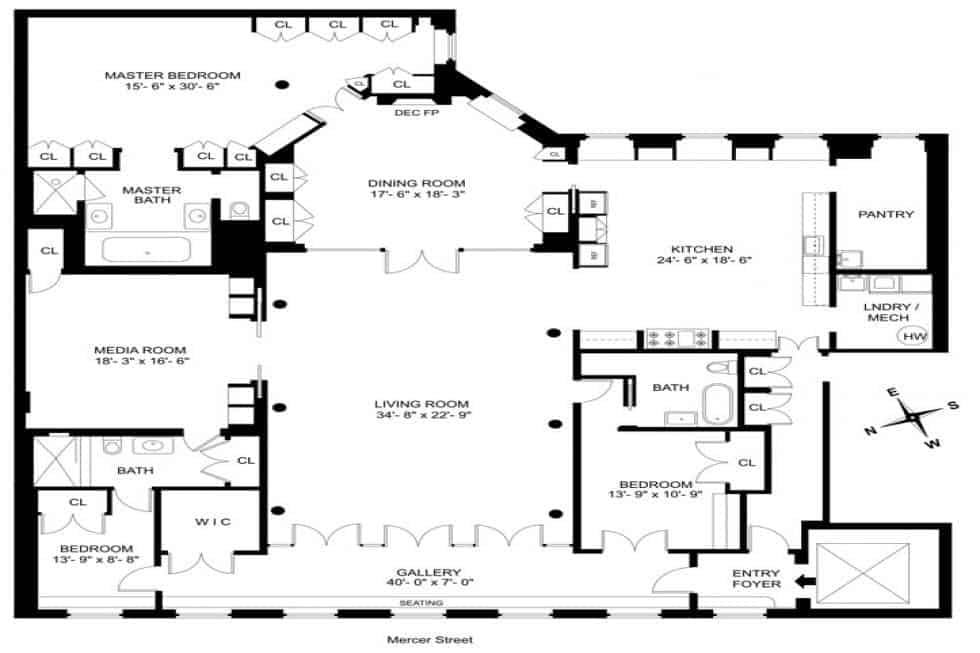 The floor plan of the gorgeous loft. Images courtesy of Toptenrealestatedeals.com. 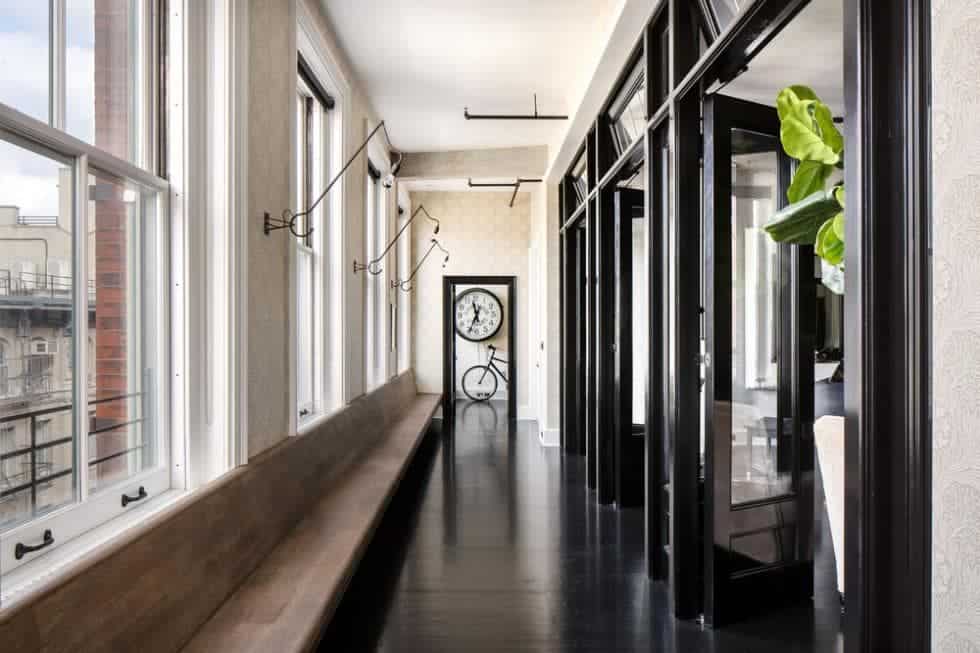 This home has a long hallway lined with a row of windows on one side and glass doors on the other side to let the natural lighting in. These glass doors have dark wooden frames that match well with the dark hardwood flooring of the hallway with a long wooden built-in bench under the windows. Images courtesy of Toptenrealestatedeals.com.

This gorgeous living room has a couple of long wooden sofas fitted with comfortable gray cushions paired with a long cushioned coffee table over an area rug that covers most of the dark wooden flooring. Images courtesy of Toptenrealestatedeals.com. 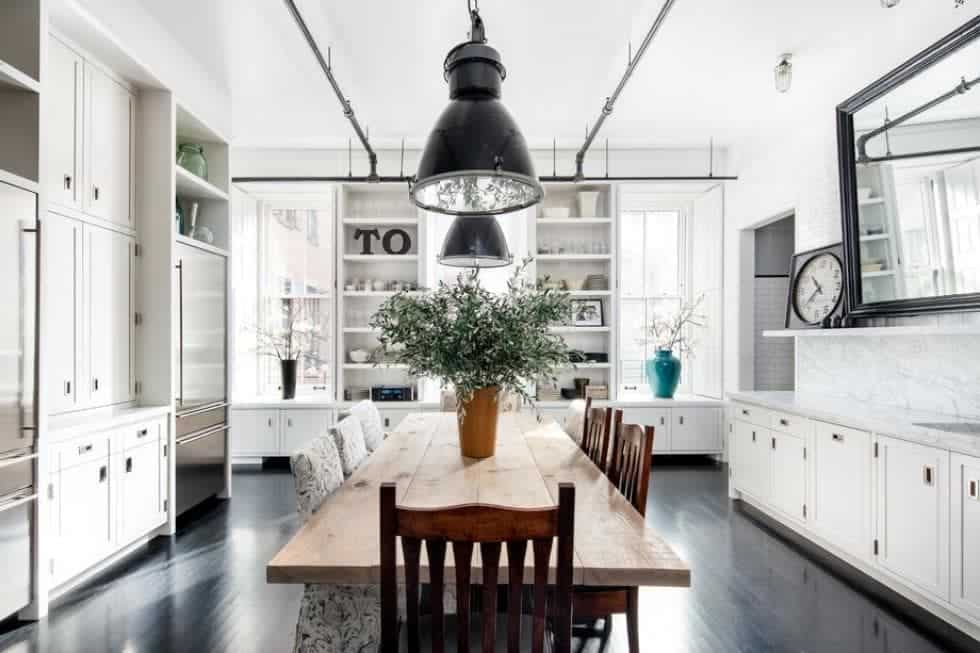 The gorgeous kitchen has the same dark hardwood flooring as the rest of the home. This complements the rustic rectangular dining table in the middle of the kitchen. This is surrounded by wooden dining chairs that stand out against the white cabinetry lining the walls making the stainless steel appliances stand out. Images courtesy of Toptenrealestatedeals.com. 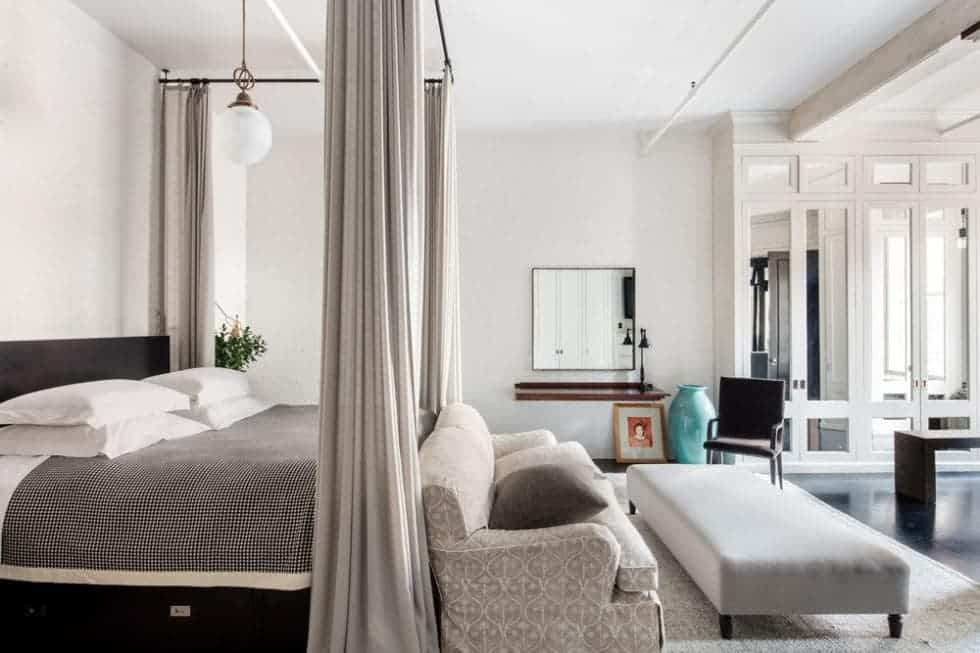 The primary bedroom has a large bed with a dark wooden frame to match the flooring. This is fitted with a surrounding curtain with a comfortable sofa at the foot of the bed facing a long rectangular cushioned table. Images courtesy of Toptenrealestatedeals.com. 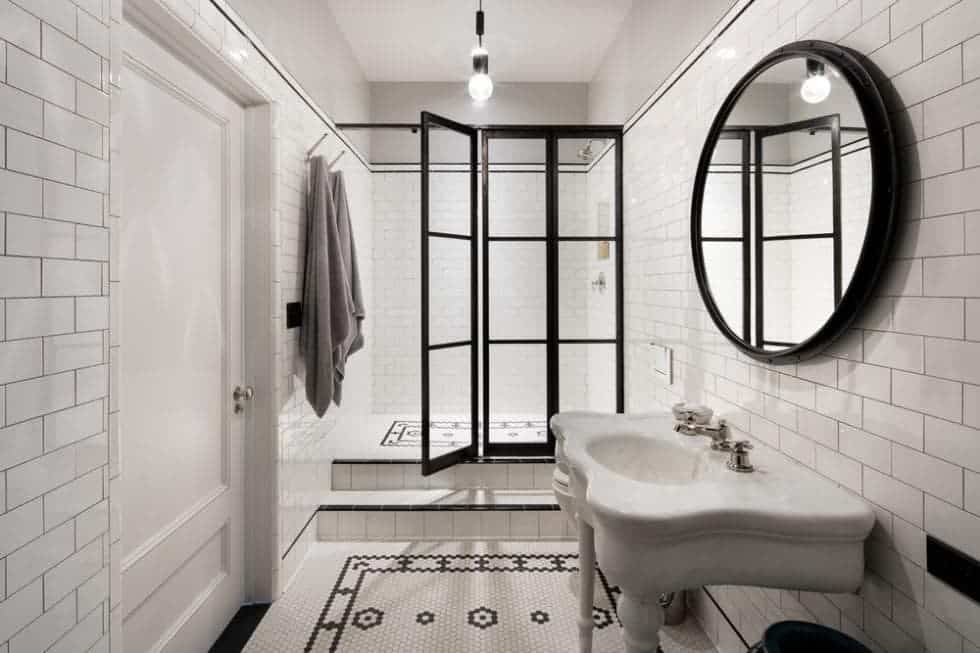 The primary bathroom has a simple bright aesthetic complemented by the dark folding glass door of the shower area. These matches with the frame of the wall-mounted round mirror above the pedestal sink as well as the designs of the flooring. Images courtesy of Toptenrealestatedeals.com.

She bought this loft house from the voice actor of Simpsons fame, Hank Azaria in 2014. It is a 4,100 square foot house that Ryan has done a great deal of work on herself as an interior designer. It is accessible from a key-loft elevator. It features 12-ft ceilings and ceiling-to-floor French doors. Ryan added ebony-stain wood floors and a decorative Victorian fireplace to the dining room.

It’s tough to decide where to start a tour of this home because all of the spaces are quite impressive. But the first thing we found striking is a long hallway running along an outer wall, hemmed in on one side by a long line of windows facing the Soho cityscape. Beneath those windows runs a long ash hardwood bench that runs along the entire length of the hall, which is approximately 30 yards.

Next, we move to the living room, which you may have seen featured in one of many publications. It is dominated by massive hardwood couches, large enough to sleep on comfortably, which face each other facilitating conversation. The “coffee table” is a long padded bench with handsome ebony feet. Setting the stage for this seating area is one of the aforementioned French doors rendered in stained black ebony. The doors make up the entire wall.

The kitchen/dining-room emanates both up-town class and farmhouse function/charm. White wood cabinets and marble counter-tops compose the working kitchen elements. In the center is a long dining table made of wood that appears mildly distressed. Above that are two heavy-duty-looking lamps that appear sufficient to illuminate a soccer field.

The primary bedroom is open and supremely comfy-looking, with a set of massive white French doors. At the foot of the bed stands a couch and padded footstool that’s about as long as the couch itself.

The bathroom remains in keeping with the theme of the house with French-door-style shower doors. Two artfully rendered white tile steps lead to the spacious, but tidily tucked-in shower. The room is finished in white brick tile, a freestanding sink, and a mosaic tile floor that is reminiscent of a high-end European bathhouse.

All in all, this Soho loft house is as classy as it is simplistic. Surely, Ryan’s penchant for interior decorating has taken the place as far as it can go stylistically. This might explain why she is now looking for a new location to work her craft upon.

The house has been featured in Elle Decor and Architectural Magazine numerous times, owing perhaps to the fact that Ryan’s skill as an interior decorator has been called “the best in the business” by Architectural Digest. She recently placed the house on the market for its base value of $10.9 million.