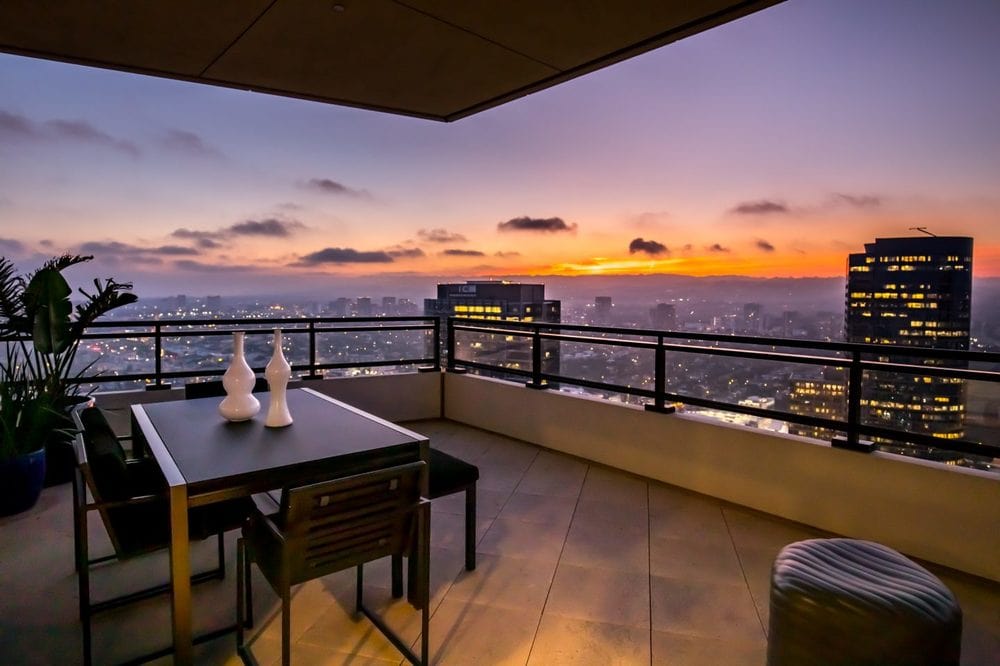 Matthew Perry’s “Mansion in the Sky” is back on the market. This Friends alum spared no expense when upgrading an LA penthouse in the celeb-favored Century condominium. This more than 9,000 square foot property offers a chance to live out a true celebrity lifestyle, for a multi-million dollar price tag.

Matthew Perry seems to have taken up a new part-time career, but it isn’t in the acting field. The Friends alum is now in the business of flipping multi-million dollar properties around California. He is currently selling a 9,318 square foot Los Angeles penthouse. The asking price was originally $35 million, but it has been relisted for $27 million.

Perry invested in a penthouse that occupies the entire 40th floor of The Century condominium. He hired an architect and an interior designer that he’s worked with before with previous properties.

This design team, Scott Joyce and LM Paganoe, has revamped the space into truly luxurious accommodation. They’ve maximized the natural light and highlighted architectural elements like columns and curved walls. More than that, this duo has fused crisp modern design with comfortably luxe elements.

The lighting is bright in every room. The clean minimalism of the walls and ceiling contrasts beautifully with the warm hardwood floors and soft, plush furniture. The seating in this penthouse doesn’t just look great, it looks inviting and promises to be very comfortable.

This is particularly visible in the home theater. The velvety-plush furniture there invites guests to stretch out as they watch a movie. This theater is a multi-functional space, with an entire wall devoted to the projected screen while some furniture has been angled to create a conversation area.

One of the standout features of this penthouse is the stunning floor to ceiling views over Los Angeles. Arguably the best view is from the expansive primary bedroom. This bedroom features a curved glass wall that offers an uninterrupted view of the cityscape.

There are three other bedrooms, eight bathrooms, and four terraces to take in the sunshine and breezes. Back inside, you’ll find an eat-in Chef’s kitchen. The peninsula offers plenty of elbow room for guests seated at the breakfast bar.

This property includes a roomy living space with an attached game room. The living room fits in two fireplaces and can still comfortably seat at least twelve. Move on over to the game room and you’ll find a stylish red pool table that coordinates beautifully with the hardwood floors.

The building itself offers a number of amenities. It’s billed as ‘paparazzi-proof,’ attracting privacy-loving celebrities like Paula Abdul and Rhianna. Within its secure walls, residents can enjoy four acres of private gardens. There’s a 75 foot swimming pool, yoga studios, and even a facility for storing wine.

Matthew Perry reportedly earned $1 million per episode playing his most iconic role as Chandler Bing in Friends. Since then, when he isn’t revamping properties, he’s acting in a number of productions on stage and film. His most recent work is as Ted Kennedy in 2017’s The Kennedys After Camelot.

Perry has also signed on for the unscripted Friends reunion special. Due to the Covid-19 crisis, filming has been pushed back twice so far. HBO Max has stated that the channel is excited to create this special when it can be safely filmed.