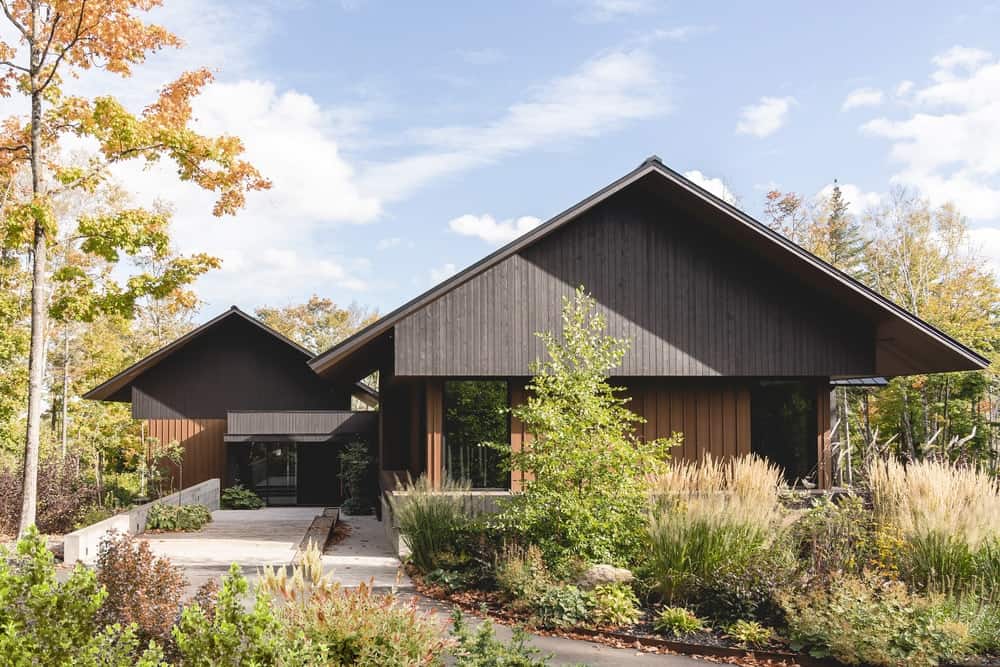 Alain Carle has worked in the architecture field in Montréal for twenty years. Based on a pedagogical approach he developed as a teacher and researcher in the Master’s program at the School of Architecture of the Université de Montréal, his achievements rely on a critical approach to representation in the design process.

Since 2000, the firm Alain Carle Architecte has conceived urban design and architectural projects on different scales for public and private bodies.

Assisted by a stable team of creative and daring minds, with complementary competencies and experience, the Alain Carle Architecte team guarantees a strong capacity for listening and
openness to its clients in the custom design of projects.

Since 2018, Alain Carle presents his lecture “The Part of Landscape” in different universities of Quebec and across the United States, on the perceptual qualities that the careful
study of the landscape offers. As an essential component of its approach, the landscape is not a tool to define identity, but rather an opening to the specificity, the difference, and the
capacity for alteration that it carries within it.

Recently, the exhibition “Le Parloir – L’Empreinte” presents an installation at the School of Architecture of Quebec, taking shape from an interpretation of the exhibition site as such, formerly a parlour, part of the Grand Quebec Seminary. The reinterpreted landscape, as the ultimate polymorphic space and inexhaustible source of narratives, emerges as a metaphor for otherness in Carle’s work.

On the strength of its growing reputation in Québec, Alain Carle Architecte now practices internationally.

The site is part of a real estate development on the approaches to the town of Saint-Sauveur in the Laurentians. This area is in Montréal’s second ring of outlying communities, where the occupants have chosen to settle to combine a lifestyle in a natural setting (in the mountains) with the conveniences of a small regional town.

They have also chosen to make their project multigenerational, by allocating spaces for grandparents and their children. There is thus a temporal relationship, which poses an interesting problem for the design of this residence’s spaces.

The architect is interested in changing the nature of the program, the family composition, and the residents’ location in the spaces that are bound to change over time within the complex.

The project instead revolves around this temporal relationship, by structuring a mode of implementation related to the topographical features rather than to a logic of single-family row housing, typical of suburban areas. The
project’s morphology materially distinguishes the more permanent elements of the residence, in concrete, from the more ephemeral components in wood. Like a sculptural bas-relief, the main traffic axes on the site become the two axes of the composition of the complex.

Different concrete retaining walls, landings, and transitional stairways install a new topography on the site, a conclusive structuring for what happens next. Deep geothermal boreholes “anchor” the composition in sustainability and address the energy needs metaphorically rather than in strictly technical terms.

Three wooden volumes are then deposited on the exterior of this new topography to accommodate the changing nature of the program. They are cantilevered on the concrete structures, in an unstable situation, and point respectively in opposite directions. Thus, this complex is detached from a conventional composition of the suburban single-family home, which often has a very distinct expression between the front and rear facades, to the detriment of the sides.

Maison Koya instead seeks to establish a more open relationship with the site in the broader sense. The morphology here instead attempts, by multiple sawtooth patterns and small outdoor subspaces, to establish a diversified reading of the landscape, regardless of the structure of the lots or a single landscape component.

The idea of preferring a single point of view on the landscape (as the dominant observer) seems to attest to a recurring architectural problem, the outcome of thinking that favors the building as an “object”. In this perspective, the spaces are designed in the absence of reality as it is
offered, in all its ambiguity and impurity, legitimizing a stylistic (i.e. canonical) approach instead of an approach based on the alterity of the form.

Once again, the issue is not to work
with ambiguity for the sake of ambiguity, to make it a “style” per se, but rather to accept the share of alterity offered by the infinite configurations of reality.

Only a central space situated at the intersection of the three wood structures constitutes a place of convergence for the three generations inhabiting the complex. This metaphorically is the meeting place, a “public place” materially inscribed in the permanence of the mineral structure.

This is the founding place of the complex, inscribed in movement. This possibility of moving between the internal and external parts of the building engages a type of open use, a possibility of reconfiguration of the occupations of the spaces over time as if each of the three structures could be reconfigured according to the changes of use.

In a certain way, the essence of the project resides in the relationship between the necessity of creating a temporality for every built structure, of inscribing the concept of space in time, or at least in anticipation of time.