Diane Keaton is an icon of seventies film, and has an extensive list of successful films under her belt. But her talents don’t stop there. She’s a director, producer, and real estate developer. A recent project of hers was the renovation of an art deco home built in the 1920s. 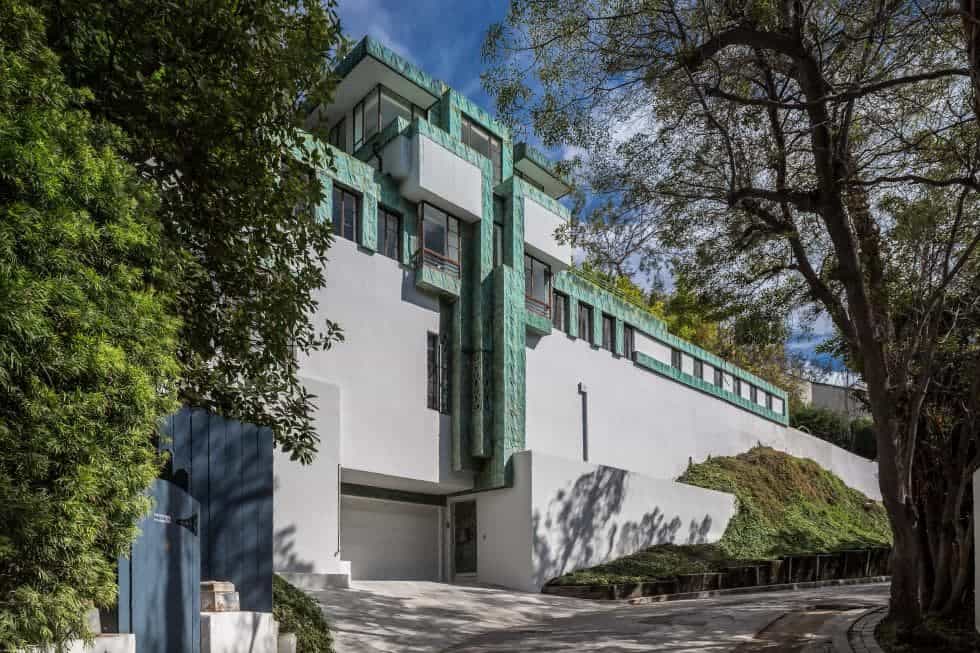 Diane Keaton is a beloved American actress, turned director, producer, author, singer, and real estate developer. She is likely best known for her roles in several Woody Allen films, most notably Anne Hall in which she established herself as one of the most charming and magnetic screen personalities of our time. 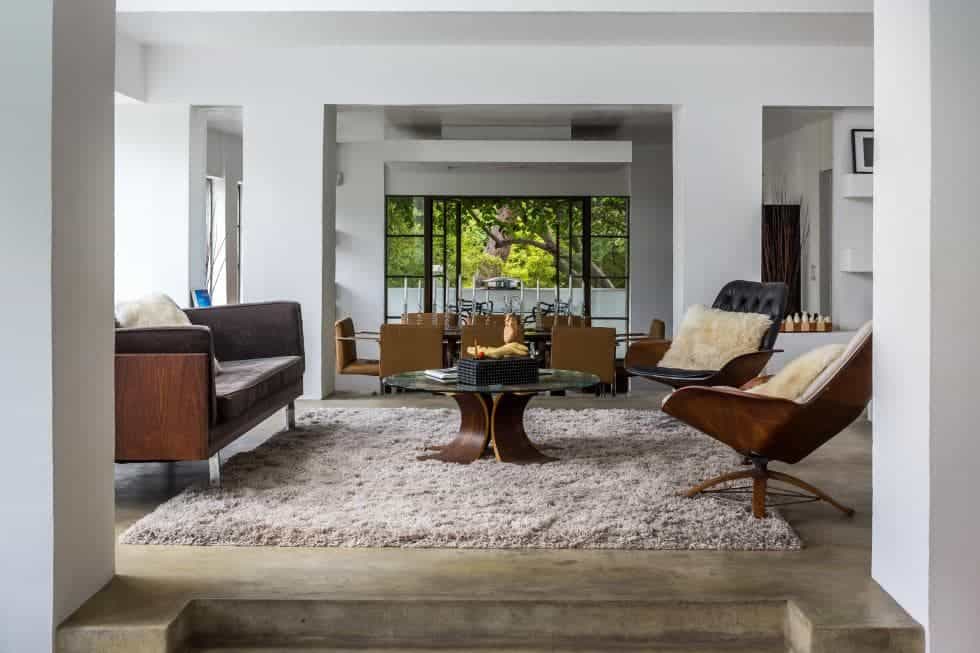 This is the great room of the house that houses the living room and dining area on the far end. The living room has a bright and airy vibe balanced by the comfortable sofa set. Images courtesy of Toptenrealestatedeals.com. 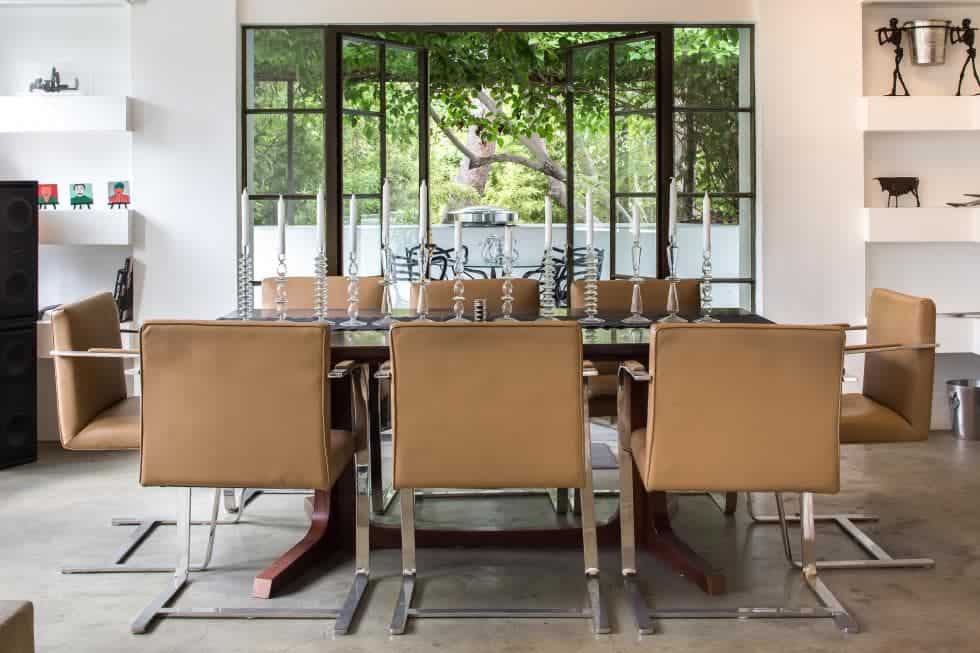 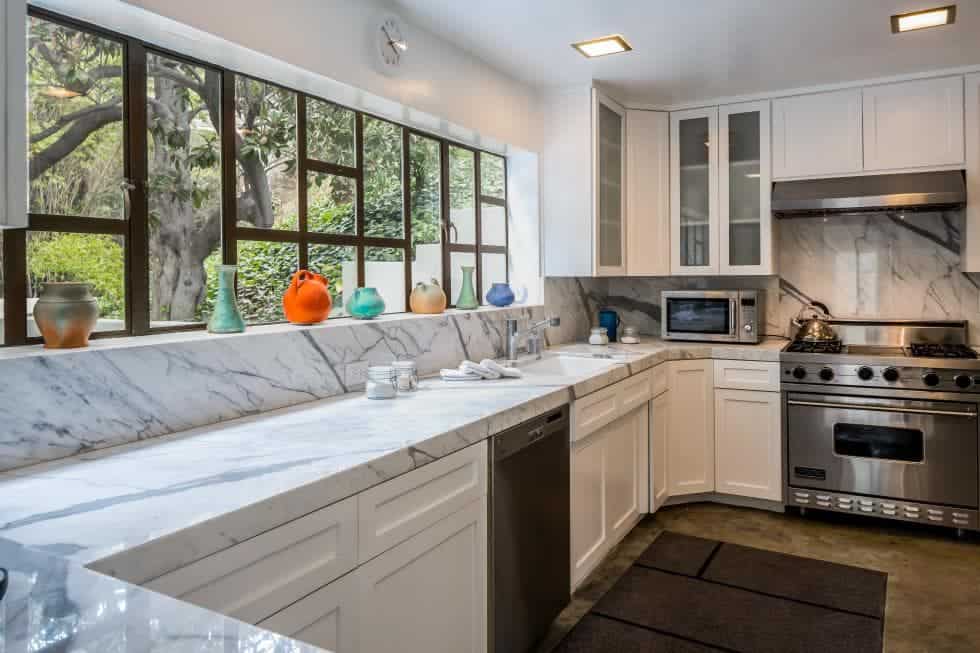 This is the U-shaped kitchen of the house with lovely white marble countertops and a wide window offering a view of the garden outside. Images courtesy of Toptenrealestatedeals.com. 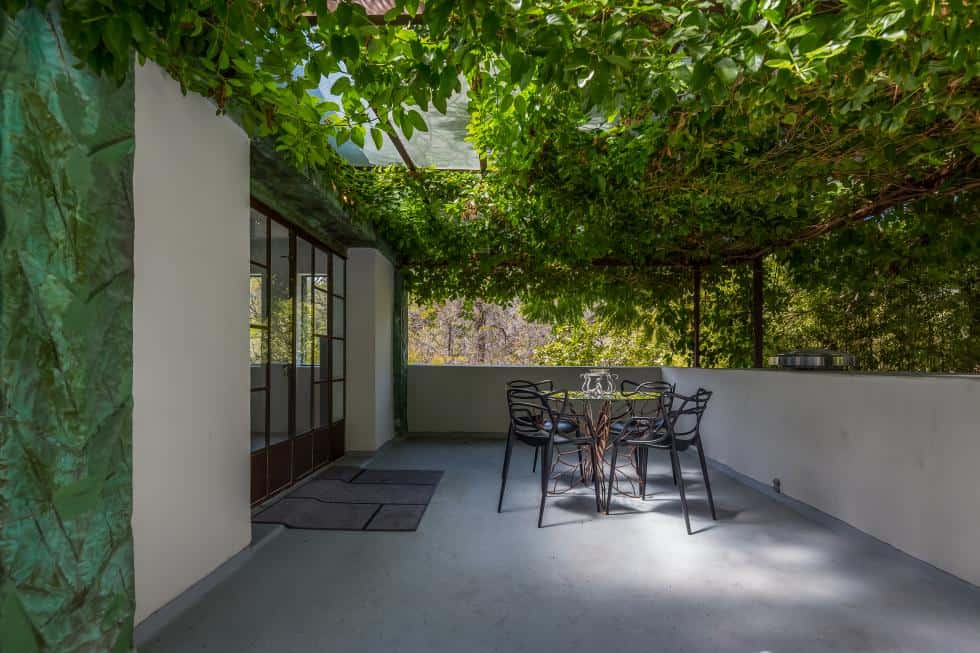 This is a beautiful covered patio just outside the glass doors with a wide area underneath the shade of a blanket of creeping plants. Images courtesy of Toptenrealestatedeals.com. 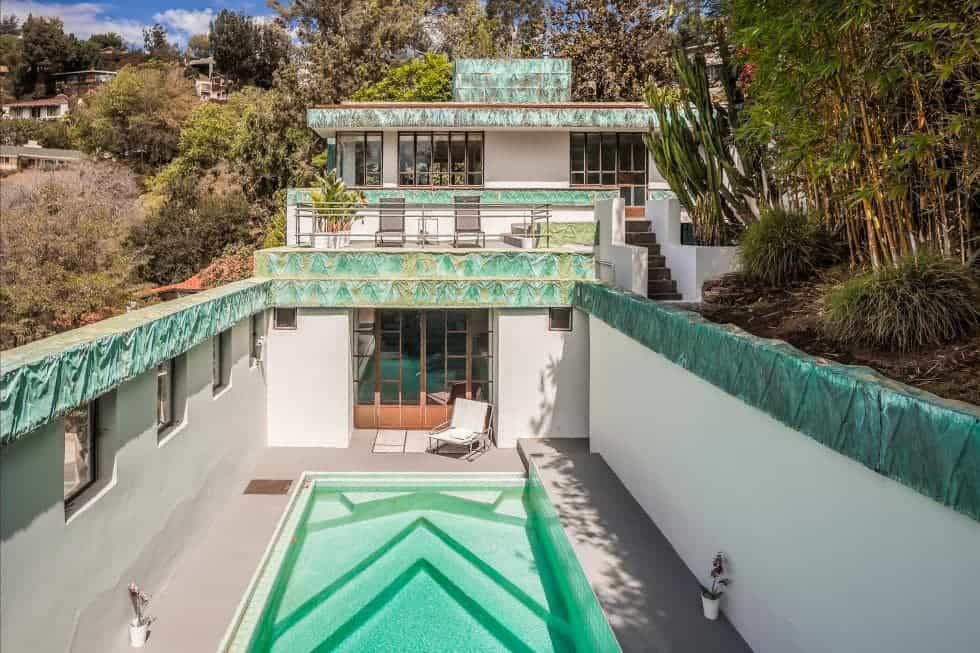 This is the backyard view of the house with a large swimming pool surrounded by tall walls for maximum privacy. This view shows the large balcony of the second level with comfortable chairs. Images courtesy of Toptenrealestatedeals.com.

Perhaps her least well-known capacity is that of renovating and redesigning homes. Recently she restored and redesigned a home built in 1928 by the famous architect, Lloyd Wright. Known as the “Samuel-Navarro House, it is an art deco structure with a Mayan theme. The house encompasses 2,690 square feet, is located in The Oaks in Los Feliz, CA, and is currently listed for sale at $4.295 million.

We feel that Keaton has given the home a noticeably seventies feel, remarking on a time when Keaton delivered the dramatic and comedic roles for which she is best known. As such, it could be said to be in part, an homage to the classic New York comedies for which Keaton is best-loved.

The living room is composed of minimalist square pillars and passageways, painted in white with a gray marble floor and steps. The furniture is made largely from dark wood with fluid and curvaceous lines. The main sitting area features a large, white, shag rug that is clearly a strong affectation of seventies style.

The dining area is slightly more spartan with chrome chairs, upholstered in light brown leather and a glass-top dining table. A tastefully sized window-door stands off to one side, offering a view and access to an adjacent patio area.

The kitchen is small and tidily arranged with a white marble top counter, a chrome oven, and spare, utilitarian cabinetry. The floor is made from the same dark marble of the living room and adjoins it in both style and proximity.

The patio area which is seen from the living room is small, with a single table accommodating four simple chairs. It is an intimate setting with a thin wooden canopy that has leaves and vines growing through it, filtering the Southern Californian sun effectively.

The pool area may be the most striking part of the structure. It is surrounded by close and high, white walls capped in jade stone which is repeated on all the edges of the roofs and rails, most of which can be seen from the far end of the pool. Inside the pool, dramatically shaped steps create the shallow end and form a very noticeable arrow effect pointing to the larger structure.

These features combined with white adobe outer walls, make the home stand out very well against the otherwise ordinary hillside on which it sits.

The building solidifies the talent and importance of Keaton herself to the film industry and could be said to serve as an existence proof of her unique vision.